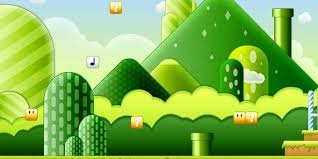 9:35 PM on 02.15.2013 (server time)    0
[This is my first D-toid blog, I'm not quite sure how to do...things and stuff, but I'll learn eventually; so grit your teeth and bite the pillow, I forgot the lube and this might cause some discomfort! Also; any tips on how to add images would be appreciated, I'm not exactly good at this stuff, which isn't entirely my fault, I personally blame my college assignments]

Recent events and the growing debate over Nintendo not just as a company, but as a developer, have thrown me back into my youth, where I was bright eyed and full of optimism and ready to believe that Nintendo could do no wrong.

In 2005, I was reading any Nintendo-related magazine I could get my hands on, lapping up information on new games and the newest consoles that were coming out so damn soon that I was giddy to get my hands on them. The Nintendo DS was just around the corner, with previews and specs showing that this would be one of the greatest handhelds ever created - with two screens, one of which was a touch screen? Holy shit, I was close to wetting myself...it was a great time to be a Nintendo fan.

The Early Years & The Honeymoon:

You see my love affair with the company started when I was five, and we have a SNES and a Gameboy in the house. I loved playing Zelda: Link's Awakening...hell; it was one of the first games I had ever finished. Killer Instinct on the SNES was another one of my favourites...though I was young, I still understood that this was all fiction, it wasn't real (take that 'videogames corrupt the young' fuckers), but I still loved what these consoles were giving me.

As I got older, I really got into the Pokémon series...for god's sake; I had a Pikachu Gameboy Colour. Pokémon Silver, to this day, is still my most loved game of the series. After that it was a Gameboy Advance, and a GameCube, which locked down my love for the company forever, in a way that I never thought, could be broken. The GameCube was on sale in a local Smyth's Toys; it came with a free copy of Pokémon Colosseum, but I slowly built up my collection...I say slowly, because getting games was difficult. Here in Ireland, the best you could hope for was a small game shop that sold them second hand, or a local GAME or Smyth's that had a limited stock of the 'platinum' titles. I hunted down as many titles as I could; the Metroid Prime series, Star Fox Assault, Star Wars Rouge Squadrons 1 and 2, X-men Legends 1 and 2, Super Smash Bros. Melee, Legend of Zelda: Wind Waker...god damn they were some awesome games. I even got to play Metal Gear Solid: Twin Snakes. I honestly had nothing but devotion to the company I loved, I was under its spell, and couldn't escape, I was bordering on obsessed...I was a fanboy.

It was on the advent of the Wii launch in '06 that I really felt the anticipation growing in me. I had always wanted to see gaming climb to new heights, and it was my side, Nintendo, that were taking the world towards the next generation of games. Motion controls were going to change everything I could ever think of in gaming. We were going to see games become more interactive, more precise and better than they had ever been. I was on the verge of seeing history change.

My parents had gotten me one for Christmas, a present I thought I'd never get, seeing as the consoles were selling out everywhere. It was amazing, and I was happier than I ever thought I could be. I stayed up late at night to play it, and when I couldn't, it was the DS that grabbed my attention. (on a side-note, this makes it sound like I spent all of my time playing games...I didn't. I had other things going on; these are just my deluded happy memories)

Love is Blind...Marriage is a Pair of Glasses:

It was late '08 then, when the rose-tinted glasses shattered, of which some of their remains lodged in my eyes that I finally realised just what I had supported. Now around this time, I had tried to get a copy of The World Ends With You for my DS and my Wii hadn't seen that much use (story of my life, right...see what I did there?) in a few months, with No More Heroes tickling my fancy, but Super Smash Bros. Brawl doing nothing for me that Melee hadn't done better. TWEWY was nowhere to be seen, but I still liked the games I had, but something in me started to rebel against my love of Nintendo. It was around that time that we had bought an Xbox 360, and though it had given me a greater insights into games that I could play (having owned the original Xbox but having few games for it) I thought it was pretty neat bit of hardware, with Crackdown and Burnout Revenge being my preferred games at the time. I figured I was just looking for a better game on the Wii, something that really made me feel like I'd enjoy it all again.

Although Wii Fit was given to me as a present, and I thought it was fairly fun seeing as I enjoy being active when I can, it never really filled the space that had begun to open, you could say, perhaps, in my soul. While the games still came for the Wii in dribs and drabs, Mario Kart Wii was pretty entertaining but rarely seen much action given my new college timetable, I still felt that nothing had made me feel the same way as when I first cracked that console box open and was nearly overwhelmed by my joy.

In '09, my hazy feelings were made clear by the release of the Wii Motionplus controller attachment. It broke my heart and made me feel so betrayed that - looking back on it now - it may have been an overreaction. Still, it pissed me off to no end. This idea, so pure and so amazing, the future of fucking gaming...needed an extra thing on the end of it to make it 'work better' - like it should have worked in the first place? At this stage, the Wii hadn't been used for a little over four months, I was at my wits end with it, and I had finally started buying some 360 games, and some for PC, to sate my need for entertainment.

...Ok, so maybe I was going through  pretty shitty time too, and this betrayal was some sort of hate-anchor I could cling on to so that I wouldn't go crazy, but given the feelings I had at the time, and the life spent defending Nintendo; shielding them from any and all criticism...to feel left out in the rain while they dined on fine foods, drank the most decadent of wine and laughed at the misfortunes of their loyal fanbase they had refused to invite in, as their cool, new friends; the casual market chuckled and threw money at them for entertainment, dug into my heart like a fucking knife.

Other than The Last Story, a game by Mistwalker who I support as best I can, given that Lost Odyssey is possibly the best game I've played this generation, my Wii hasn't been touched - yet again, left to collect dust next to the original Xbox. It was on that day that I realised: Nintendo didn't care about me. Or anyone that wasn't buying into their ploys to make money. Metroid Prime Hunters, the game that had a fucking demo on the DS, came out a little over a year following the DS' release. TWEWY was never stocked in my local stores, was too expensive online, and forced me to seek out a friends copy. It still remains a damn fine title, but one that holds a bittersweet place in my heart. Xenoblade Chronicles wasn't stocked anywhere I could easily get to, or buy for a humane price. Skyward Sword...I never touched it, Motionplus support was a deal-breaker, for myself and many of my friends, who were die-hard Zelda fans. Murumasa: The Demon Blade? Couldn't find it. For all intents and purposes, Nintendo has abandoned their consoles for get-rich-quick games like Wii-Fit, or Rayman Raving Rabbids games, Mario Galaxy or Mario Party...I hadn't a hope of collecting games that I really wanted anymore, because Nintendo had seen fit to wipe the table clear of any interests I may have had, forcing me to look at them in a light that made them seem ugly, petty and wrong.

The Nintendo that I had grown up with, had aided my creativity and my imagination, the Nintendo that had given me hope for the future of games, that they were going to be leading the pack in terms of innovation and fun...have produced two consoles that will only ever sell well if they drop their prices. Times are tougher now than they were back then. We're all feeling the pinch...I just know that no Nintendo console of this generation will enter my home, today, or in the future, unless I see something, anything, that gives me hope in their vision again.

What Have I Learned?

I can't think of a good way to collect all of my thoughts and conclude with some insightful, optimistic message that might lead to a brighter future. I cannot. This is, seemingly, an irreparable situation, there are no happy endings here...perhaps it can be put down to a learning experience, and insofar as I take that train of thought, there was some point to this. The Wii and DS treatment don't erase the past and all the good times I've ever had...but they feel, in a way, tainted. Who knows, maybe one day there'll be an olive branch extended to bring me back into the fold, but until then, this just seems like a situation that became wrong for me, relationships are, after all, two-way streets, and if it's not right for one, it sure as hell shouldn't be right for the other.
Login to vote this up!