A City of Drowned Dreams 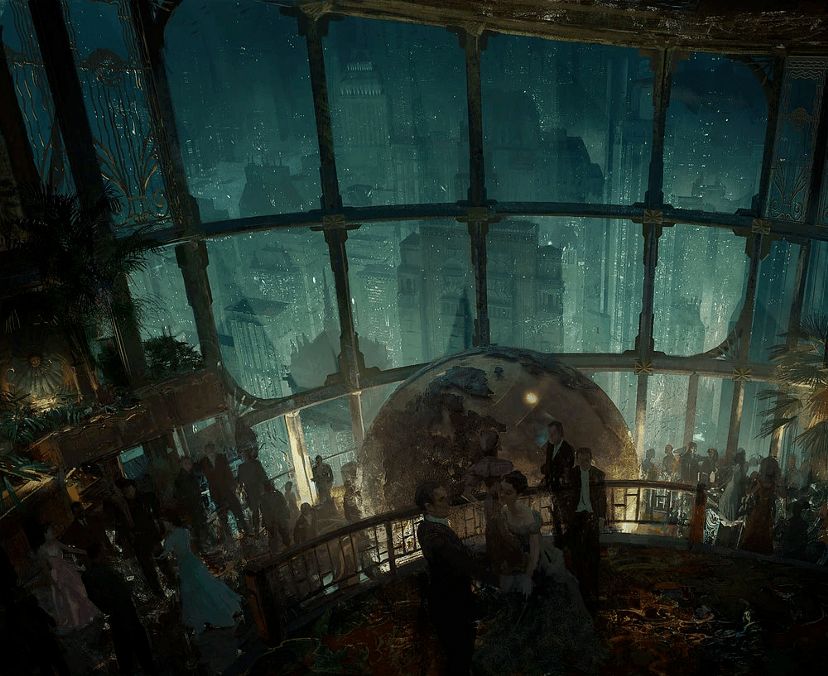 This features and facets of this wondrous city represents the essence of humanity at its highest and lowest at the same time; our ambition, temerity, imagination, quirkiness and determination.

But in many ways, Rapture represents, above all, Andrew Ryan’s will; his mental fortitude and capacity to enact physical change. Its existence is a testament to his wholehearted rejection of the status quo, of the accepted and imposed rules and regularities that form the foundation of the ordinary world.

Both Rapture and Ryan’s will are initially indestructible, shining beacons that outline the path through the darkness and indecision. Their stainless surfaces reflect the innermost feelings of observers back on them, inducing them — inducing us — to reconsider our footing in the world. 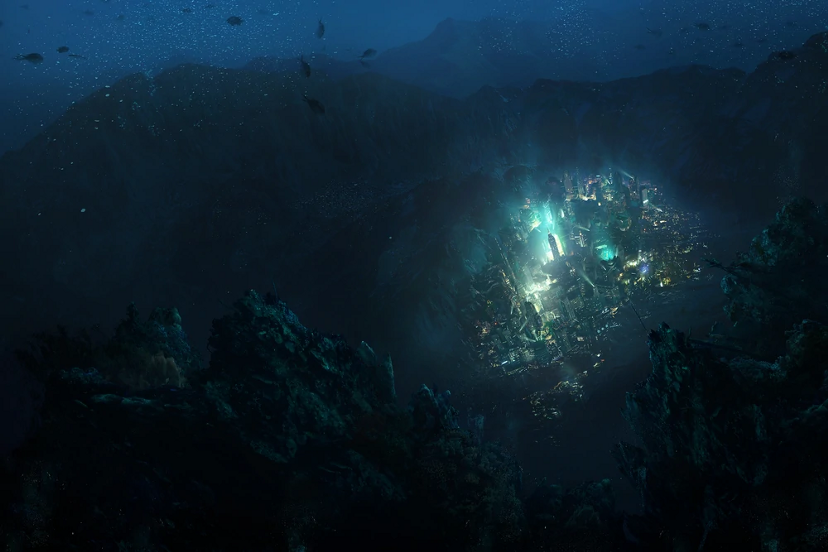 The jewel of the ocean floor (Image credit: 2K)

Nevertheless, over time, under the pressures that exist beneath the ocean as well as because of it, their exteriors show signs of erosion, cracking first at the extremities. Ryan starts to be weighed down by doubts, while Rapture is gradually taking on more water than can be humanly expunged.

Momentum builds on this downward aquatic spiral, each witnessing the other’s deterioration until only the most basic of functions continue to operate. Ryan becomes progressively more regressive, violating his most deeply-held beliefs, the core tenets that he believes made him a man capable of the impossible, all in the name of the most primal principle of all — survival. The gleaming utopia of freedom and enterprise, unhindered by morality, religion or tradition, crumbles as liberties are curtailed and rights are restricted.

Despite building their bastion of autonomy to escape the constraints and conflicts of the world above, what the inhabitants of Rapture failed to understand is that, unlike their city, humans struggle to operate in solitude; interdependence, more than any other trait or tool, has been as crucial to our subsistence as a species. In its absence, the problems that they sought to escape — war, bureaucracy, destitution— not only follow them to the ocean floor but are exacerbated by their self-isolation.

Soon, with all-out war raging in Rapture’s bosom, products of comfort and stores of convenience are thrown to the wayside in a mad scramble for supremacy. Whether it was the destruction of one’s enemy or the destruction of oneself in the attempt, the inhabitants of Rapture, formerly its proudest champions, collapse into a schism over genetic and authoritative power that ravages the city to its marrow. 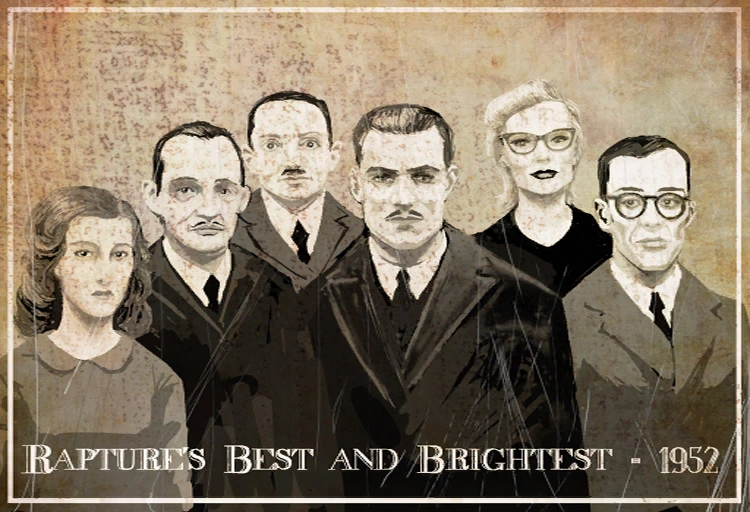 Eventually, once the ashes have settled and the embers of sanity have long grown cold, all that remains of the fabled city beneath the waves and its legendary founder are their sorrowful husks, riddled with rot, patiently consumed by time. True, there’s an immense sadness in Rapture’s fall, like the loss of an ascendant friend, but, in the end, its descent was as captivating as its rise.

Ryan and Rapture, the visionary and the vision, are two halves of the same picture; larger-than-life constructions that dominate the psyche of everyone they come in contact with, restructuring life up to and beyond the extraordinary, creating space for the changes in consciousness necessary to thrive in their world, regardless of its precise location in ours. 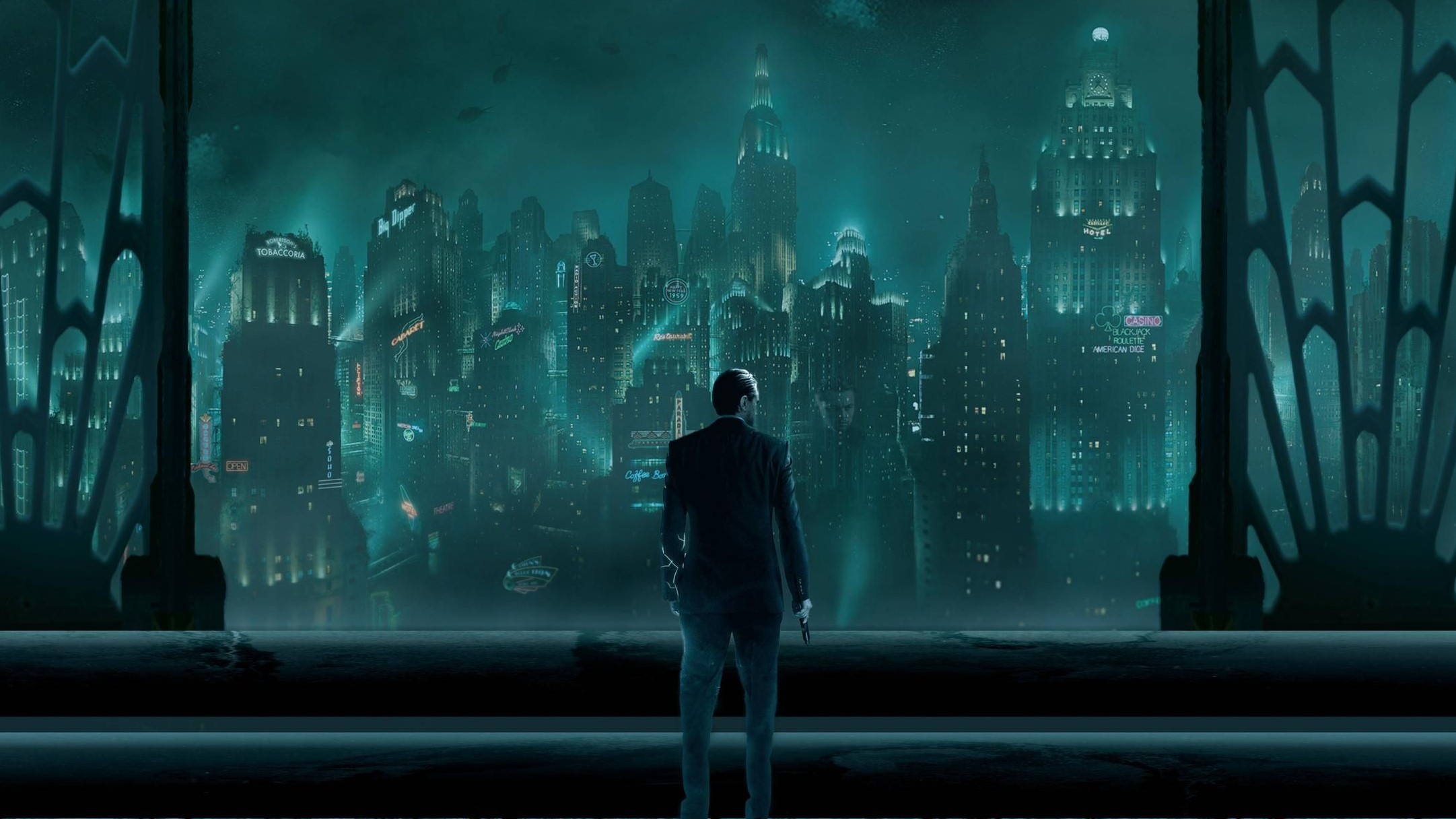