Why Tomb Raider: Anniversary is totally better than every Assassin's Creed 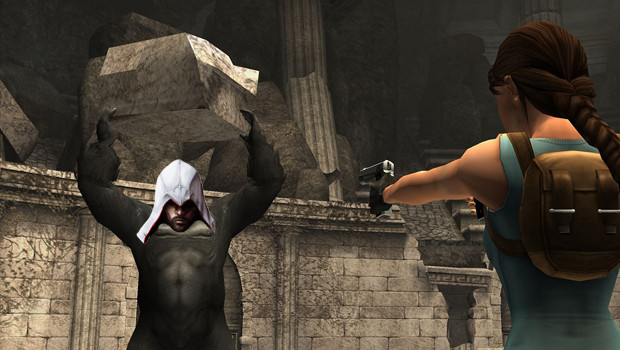 A couple of Dtoid community members have chosen for me to write a big, fat blog about sand, but that one is still in... let's call it 'research and development'. Probably mostly research.

In the meantime, let me tell you why Tomb Raider: Anniversary is way better than every Assassin's Creed game ever made, in a way that's guaranteed to piss off everyone who even remotely disagrees with me. But guys, c'mon, it's totally better in every way. It's not my fault you have the wrong opinion!

Okay, alright, so maybe Tomb Raider and Assassin's Creed isn't really the same thing, what with one being a series of puzzle focused games, while the other is a series on non-focused open world games with way too much stuff in them. Similarities are still plenty, however, and whenever the two have something in common, I've noticed that this one Raider game always seems to do it better than all the Creeds combined.

Climbing in this game is practically perfect. You might be able to find some rough edges here and there, but generally, this is how climbing should be done. You control it. You control the direction, you decide when to jump, you decide whether you want to take it slow or increase the pace. There's even an option to make grabbing a manual thing, like in the first game. Aside from that, the path is never laid out for you, and you often get a lot of options. You get to figure out your route, and it requires you to be observant, and keep concentrating. This is really engaging, and it makes climbing a joy no matter how many times you take a lethal fall.

In a certain other series, the game does everything for you. Just keep running forward, and your acrobatic buddy does all the crazy stunts automatically. While this is happening, you only get a little bit of control over which direction you want to climb. Of course, this would have been understandable if this particular series didn't revolve around climbing to the same degree as Tomb Raider. But it does, and has done so from the start.

Having automatic climbing in a climbing based game is a bit like having an auto-drive function in a racing game. Really stupid, that is.

You can swan dive everywhere

In Assassin's Creed, jumping off of a tall structure and diving into something soft is a recurring element of the series, and it happens a lot in each game. Sadly, it's yet another automatic thing, and it's not really a part of the game as much as a glorified cutscene. You have no control over the actual jump, and it can only be done in special places, so it's impossible to do it wrong. At no point are you able to face plant into a hard surface and break your dumb face on impact, which I'm sure saddens a lot of people, since doing badly on purpose can be really funny at times (in a game, that is, not during a life-threatening operation).

Thankfully, Tomb Raider: Anniversary allows you to do just that, and much more! All you have to do is jump, then quickly press the duck button. It's a satisfying move to pull off due to its timing, and the game lets you do it anywhere you want. You don't even have to jump off a ledge or move in any directions; I can be pulled off from any height. Hitting the ground after a swan dive will be followed by a roll, unless you fall too far, in which case it will be followed by amusing ragdoll physics.

Combat is fast and simple, not glitchy

It's no secret that the combat in the Creed games isn't very good. It's really stiff, dissatisfying and glitchy. Especially glitchy, with an AI that's unpredictable for all the wrong reasons, and which tends to react strangely to the environment. Not the most fun you can have, and considering the whole 'stealth' pretense that these games have, there's surprisingly much of it. Maybe it'd be more tolerable if it had been toned down and simplified a bit.

Or you can just play Tomb Raider Anniversary, as combat in this game is fun, fast, simple and restricted. You won't encounter enemies in every room, and when you do, you only have to shoot them in order to do damage. Aside from that, the crazy jumps and dodges you can pull off make it much more enjoyable than waiting for an opportunity to counter an attack, only to be shot from the distance by some asshole that you couldn't see.

I am of course fully aware that the two ways of doing combat are very different, but it's not like the Assassin combat system ever had to be such a chore. At this point, it could've easily evolved into a sword based Arkham system. Everyone else have ripped off that game anyway, so why not?

You can always swim underwater

No need for a stupid, expensive diving bell here. Instead, the unlimited possibility of underwater exploration will now be available to you by the press of a button. It's like magic!

Sure, I know some people really hate underwater sections, because apparently Ocarina of Time is the only game they've ever played, but when a game does it well (which is very often), it adds a lot to the experience. One way to make it fun is to make it simple, and Anniversary gets that. Like with everything else in the game, swimming is fun, fluid and easy to get the hang of, so the underwater puzzles are just as enjoyable as all the others.

Meanwhile, in Creed town, underwater exploration is weirdly removed from everything else. There's no organic transition, and it's considered to be an unlockable, even when you can swim. The actual swimming isn't very fun either. Let me ensure you that my first diving mission in Black Flag was also my last. No time for that stuff when there's ships to rob and islands to explore. Of course, that does bring me to the one water-related thing that this franchise has over Tomb Raider, as those games never allow you to sail around on a pirate ship. But what if...?

The out-of-campaign stuff is actually cool

Both Anniversary and the Ass Creed games have some gameplay that exists outside of the main campaign: In the former, this is the Croft Manor level, and in the latter, it's the future narrative.

People aren't very fond of the future narrative. It's often criticized for being unnecessary, boring, uneventful and for having too much exposition about a story that most player don't really seem to care about. I agree with all that, and would like to add that the environments that these sections take place in kinda suck. The one in Black Flag especially, taking place in the kind of horrifically "modern" office that cynical people think look "welcoming" and "personal" because it has ugly, multicoloured beanbag chairs and bullshit "abstract art" all over the place. Because who doesn't love working in an office that looks like a fucking kindergarten?*

Croft Manor, however, is something else! This is an old mansion full of secret passages and tunnels, with a swimming pool and a hedge maze. There are no multicoloured beanbag chairs to be seen, and the art on the walls are primarily portraits of previous owners. Best of all, though, is that there's a puzzle to solve; One that stretches all over the mansion, involving every room and every hidden area. The biggest difference between this one and the campaign puzzles is that this is much more inventory-based, making it feel a bit like a classic point and click adventure. It's a really fun activity that perfectly compliments the main game, rather than take away from it.

* Sorry, got a bit off topic there.

There aren't any tailing missions 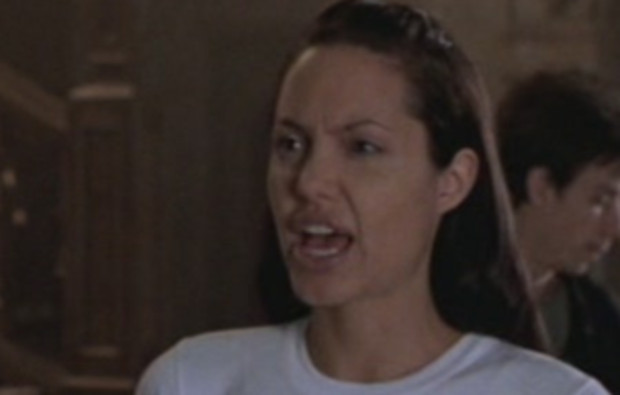 That's quite the bonus!

The tailing missions in AC are probably some of the most justifiably hated gameplay elements ever, yet they keep showing up in every game, even though it's obvious that nobody appreciates them. But hey, guess what? They're not in Tomb Raider! I don't know what else to say, honestly. No tailing missions. Not even optional ones. None of that stuff here. Bliss.

Hell, you could probably market any other game by listing the lack of tailing missions as a feature. "Tired of following some dick around a boring town while awkwardly jumping through hoops in order to remain hidden? Well, here is one way of spending your time doing something completely different!" Tell me you wouldn't be convinced to buy that on the spot!

So that's why this one game is totally better than an entire series of very different games. Made a lot of sense, right?

What I'm trying to say with all this is that, despite numerous differences, the Assassin's Creed series could learn a lot from Tomb Raider: Anniversary. Well, that and the Arkham games. And GTA. Probably a lot of games now that I think about it...

The other thing I'm trying to say is that Anniversary is great, and you should play it if you like jumpy climby shooty puzzly kinda deals, as it has a very good balance of each. I've heard it didn't sell very well, which is a huge shame, and it makes me sad that the series didn't continue in this direction for very long. Hopefully, it might look back at this in the future, possibly leading to remakes of other games in the franchise. Nothing like a tank control-free version of a classic adventure!

Now excuse me while I wait for someone to make a Tomb Raider pirate game. It better happen!