Top 5 most evil villains ever! 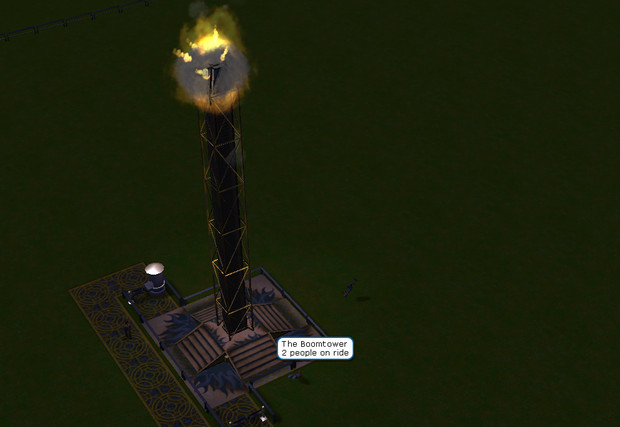 Imagine if Jigsaw had a huge budget. That's a pretty scary thought, but it pales in comparison to the thought of me building an amusement park, as said park would quickly turn into a park-sized death trap.

Which one would you like to try? There's the Wallsmasher, a rollercoaster that launches you in the general direction of a large, conveniently placed stone wall. There's Buffalo Drownabout, a fairly innocent ride that just happens to be placed right over a large pool of water, with no way back to the main path. Then there's the rollercoaster named Straight to Hell, which drives you directly into a long hole in the ground. I even made that last one look like it comes around all the way, so you might fall for it even if you're not completely stupid.

No matter how you look at it, I am clearly the biggest monster in video game history. There's never been an entity in any video game that has been this devoted to making people suffer. Maybe I shouldn't have judged Blinky after all, now that it seems that there's at least three levels of evil between the two of us.

It's been fun making this list, but now I must go trap some people in a cage along with fifteen angry gorillas. And name all the people 'Testicle'.
Login to vote this up!