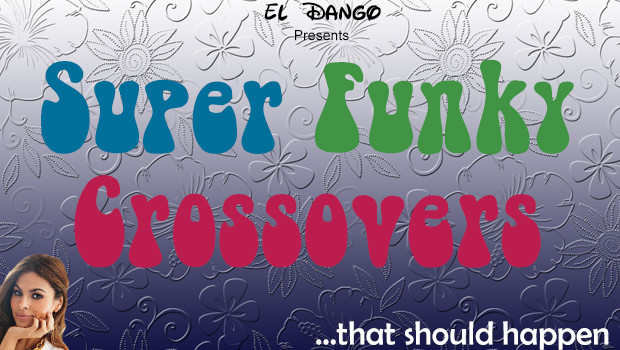 I was just eating some pancakes and drinking some sexy chocolate milk when I decided to shit out another one of my delightful blogs. This one's about the one thing every nerd loves the most: Big, fat, smelly crossovers!

When a fictional universe and a fictional universe love each other very much, a magical thing happens, and one of them gives birth to a screaming abomination that mixes the worst traits of both its parents. This is known as a crossover. Now, seeing as the horrifying scenario I just described is something that I would like to happen a lot, here's a list of crossovers that could totally happen, as well as the names they could have. 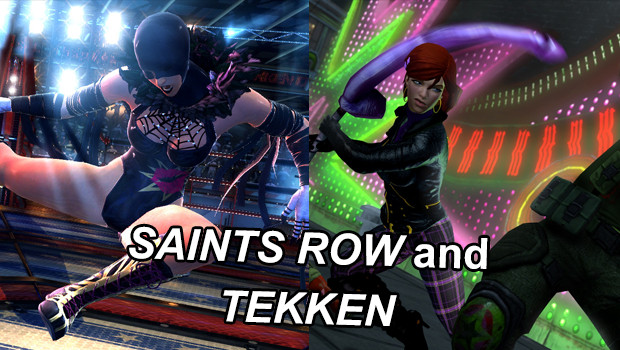 Well, they already have a similar look. Very colourful, shiny, stylish and wacky. We're also talking about two franchises that became more and more about playing dress-up as they went along, and they now seem to be competing in the sport of 'who can have the stupidest outfit?'. Recurring themes in both also include beating people up, gang/corporation wars, supernatural elements, sci-fi elements, wrestling and animals (such as tigers and pandas).

Not sure if I'd want Tekken characters in an open world, or Saints Row gangsters in a fighting game. Maybe a little bit of both. If the two would come together in any way, I'd be down! 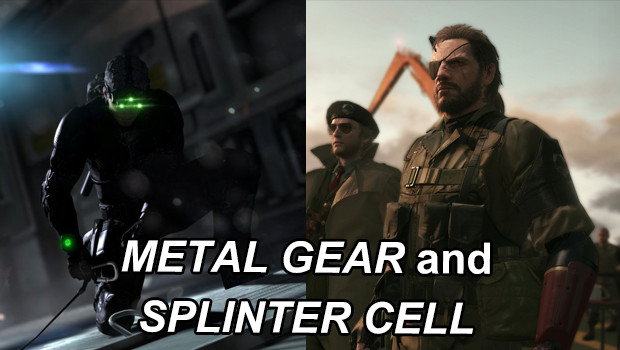 Because I really want to explore Shadow Moses with Sam Fisher's shadow-based gameplay. Wouldn't that be the coolest? Cause it's called Shadow Moses, and now it would involve actual shadows!

Of course, another reason is that these games are so similar yet so different, in so many interesting ways. It's obvious that they are from completely different cultures, which would probably have to lead to some compromise on both sides, and I doubt anyone at Ubisoft would let Sam go up against a bee man. But the cool part would be how Snake relies on walls, bushes and cardboard boxes, while Sam takes advantage of darkness. One man is a legendary soldier, the other is a phantom that nobody knows about. Oooh, artsy contrast! Make it happen!

Of Goggles and Boxes 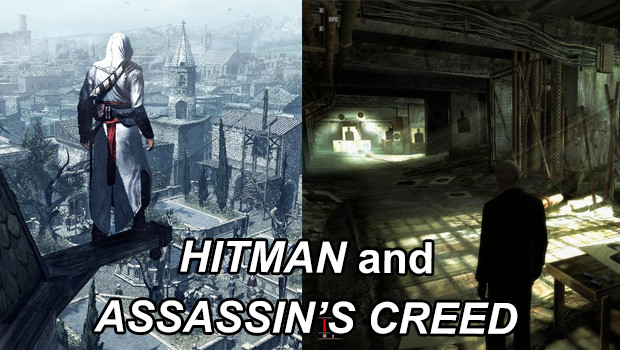 Uhm, because they are both about assassinating people? All the 'duh' in the world! Why do you keep asking such stupid questions? Also why are you hitting yourself?

To be fair, I have no idea how the story would work. Maybe 47 finds a time machine and goes back to the past? To kill the shitty people that suck ass? So, like, he meets Altzio or Conward or whatever, and they go on a road trip and stuff.

The gameplay would kick ass though! What's your approach, disguise yourself to get in, or climb the building to find another way? Plenty of possible depth there, even for something like an assymetrical multiplayer mode. With pirates! Hitman with pirates! Wouldn't that be something else? Like, okay, it already had battlenuns, but still... 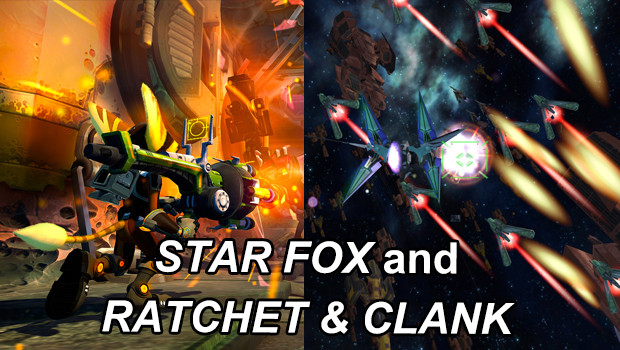 Both are space, sci-fi action games starring cutesy characters. One is a third person platformer/shooter with some flight sections, the other is an arcady space shooter with some ground sections. They have both shown vague interest in becoming each other, so why not a game with both? On planets, it could be Ratchet & Clank, and between planets, it could become Star Fox.

It might seem like an odd split, but I'd play it! Lots of nice, chaotic, explody shooting in two different types of gameplay. The simplicity of these games make it seem possible, and reasonable enough to happen.

The only weird thing (aside from, again, the culture clash) is that R&C has weird aliens, while Star Fox has animal people instead. Seems unusual that one creature would be a Blargian Snagglebeast, and the other would be a... wolf? But, in my opinion, that would be worth it. I'd still hit it.

I'd still play it. Nothing else.

Ratchet & Clank: No Fox to Give 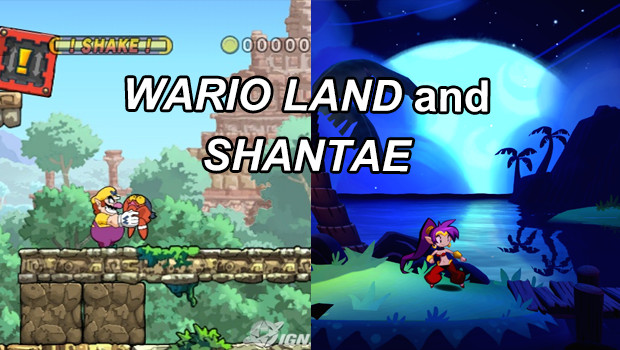 They may have grown apart a bit, but back in my horribly pixelated day, these two looked very similar in style. Both are also platformers that reward exploration and both have to do with solving puzzles. They also both have ruins, pirates, zombies, weird machines, genies, swimming, dancing and a very "exotic" feel compared to most platformers of their kind.

Pirates is an especially important one, as both series have a villain that's almost the same character. Captain Syrup and Risky Boots are very similar in personality, and I can easily imagine them teaming up in an attempt to backstab each other. The protagonists couldn't be any different though, which makes it all the more fun!

Also, Wario as a bellydancer. Think about it all the time.

Wario Shakes His Ass So Hard That The World Turns Inside Out: Genies 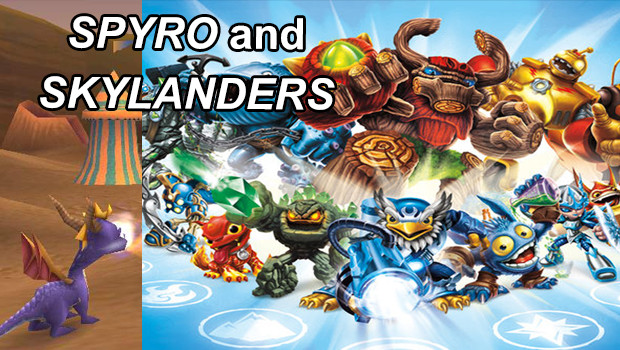 I can't believe nobody has ever thought of this! It's such a perfect mix after all, and one I'm sure everyone would appreciate. Take the purple little fuck and throw him in with all the lovable, memorable plastic figures in the happy world of *googles* Skylands (that's with an S at the end, right?). Maybe they can show him a bit of dicipline while they are at it.

Man, this would probably make soooo much money. Think about all the cool things you could buy with all that money.

Things such as worthless plastic figures!

Feed Me Your Tears 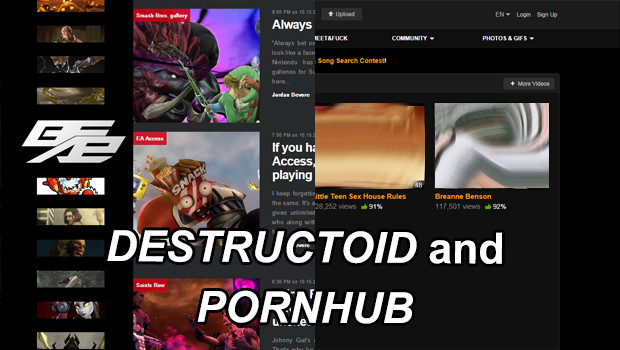 Why not? It's basically the same thing anyway, it might as well happen.

Alright, that about wraps it up! Do you have any crossovers you want to see? Of course you do, so put them in the comments. Or your own blog, whatever, I can't stop you.