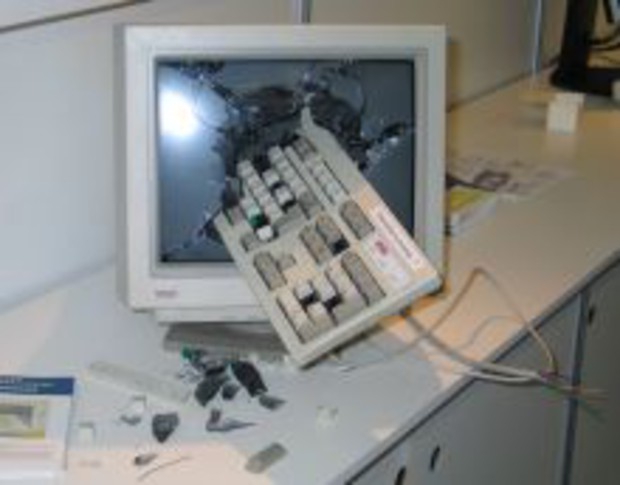 This person was mad about something but it wasn't necessarily video games.

I've been hearing a lot of talk lately about how negative gamers are and how we can never appreciate anything. The stereotype says that we will bitch about everything, even good things like Sonic The Hedgehog 4. Well I'm here to point out that it's not a trait that is exclusive to gamers. There are people like that in every hobby,especially the ones with a strong internet presence.

Go to any automotive forum and witness the fanboyism and general ignorance on display. It's just like any given gamer forum except replace the 360 vs Wii vs PS3 chatter with American cars vs Japanese cars vs European cars talk. There are people who drive around in their early 90s mustangs and camaros yet absolutely hate the new 'stangs and 'maros based on silly things like "They're too heavy" or "They're over designed" it really is almost exactly like a video game forum.

The same goes for forums that revolve around movies and TV. Have you ever read the user reviews on Rotten Tomatoes or MetaCritic? Pretentiousness by the truckload right there. My point is, there are people everywhere who think they know better than everyone else, it is not something that gamers hold the exclusive rights to.

On top of all of that, complaining about things in a constructive way often helps things. In our internet age, companies often listen to the things we say about the products they make. We influence the next generation of products every time we log online and give our opinion. So don't be afraid to voice your concerns about Sonic 4 being episodic, just be sure not to sound like you're smashing your head against your keyboard while you complain.
#Community
Login to vote this up!