I Miss You Cblogs... 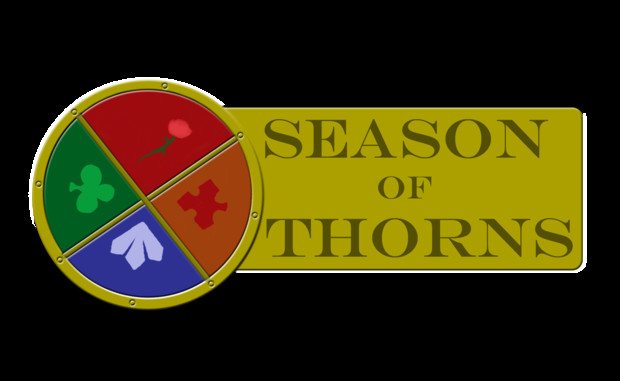 Hey everyone, it's been awhile since I've been around these parts. I figured I'd drop by, see how you all were doing and give you a bit of an update on myself. Life has been pretty crazy for me as of late, I'm one semester away from graduating with a dual major in video game design and communications and my life has been almost non-stop work for the past half year or so.

Most of the past six months were spent working on a video game for my Game Dev 2 class. I worked on a team of 5 people and our game is called Season of Thorns. It stars four princesses on a quest to rescue four heroes from the clutches of the evil wizard Equinox. The game features no combat and puts a heavy emphasis on exploration and puzzle solving. Solving puzzles unlocks new abilities and new abilities allow you to explore new areas and solve increasingly complex puzzles. The game is unfinished, it only exists in demo form but it got a great crowd reaction when we showed it off at GameFest. For that reason, I intend on making it available to my Dtoid brethren in the near future as I think it might be of interest to some of you.

Some of you may remember me talking about making my projects from Game Dev 1 available here but I'm not so sure I'm going to do that anymore. If I can get an executable working for the first game I did in that class, Zenshiro: Astro Samurai, then I'll throw that up here along with Season of Thorns but I've been trying for almost a year now and it isn't looking good. Games written in Pygame are a pain to export to an executable file. It's a real shame. In the meantime, check out the text adventure I made a few semesters ago if you're really dying to play some of my work.

Other than creating games, I've been busy putting my resume and portfolio together and looking for a job. It hasn't been easy but RPI has some great connections with the industry so I should eventually find something that suits me perfectly. Currently I'm also taking computer science 2 as a summer course, it's really tough since I'm not a programer but I should get through it. I need it to graduate after all.

As far as playing games goes, I've been into a lot of stuff lately. I played through Bayonetta finally, I loved it but the repeated boss fights were a pain in the ass. I also picked up the Medal of Honor reboot. I was actually surprised by that one, I wasn't expecting much but it ended up being a much more realistic take on the Call of Duty formula and I ended up really loving it. I haven't played the multiplayer at all but from what I hear, I'm just missing a sniperfest, still I'll check it out some day. I also bought and played through Portal 2 and the new Mortal Kombat, I won't spoil anything but I thought they both had excellent single player campaigns. Also, the co-op in Portal 2 is a blast, I'll be finishing that up tonight with my cousin. Portal 2 is the front runner for GOTY so far, we'll have to wait and see how it stacks up against Duke Nukem, Skyrim and Dark Souls.

So sorry I haven't been around lately, it's not because I don't love you cbloggers, you know that. I say this a lot but I'm going to make an effort to find more time for you, I promise. This community is just too awesome to not be apart of.
#Community
Login to vote this up!