Steamy Girl: An Ode To My Steam Machine

“What a steal!” I exclaimed, looking at the sale,

A Steam Machine for $300 delivered via mail,

That sexy i7 processor, that terabyte of space,

That graphics card with power enough to play some Mount & Blade!

With a clicking of the mouse $300 bucks went on their way,

And to my surprise, my bounty got to me in 3 short days.

I rushed to grab my new PC and soon I plugged her in,

I flipped her switch, dimmed the lights and was ready for some fun,

It seemed as though with just some plugs the setup now was done,

But tragedy came to visit just as we had gotten started,

Stricken with the Steam OS my new friend…was retarded.

The UI was intolerable, the bugs were unrestrained,

But that alone was just the start of my unending shame.

Only titles bought on Steam were viable to play,

No GOG, no Uplay, no Origin would grace my pal today.

I would not sit and play the fool, wallowing in pain,

I would rise to fix this now! T’were dragons to be slain!

“A Youtube tutorial here, dear friend, a USB drive, then,

My Steamy Girl, she smiled at me, at least I think she did,

It could have been my nerves were shot, my patience running thin.

Youtube tutorials are nice and, sure, they tell you everything,

But half the vids are screeching kids or strange men mumbling.

At last with Windows 10 installed and time to have some fun,

I decided I’d play Fallout (it’s like Skyrim, but with guns!)

But as I went to turn her on, and gave her switch a flip,

Her little light, no longer blue, was now a yellow blip!

One time the light blinked back at me, no, now there was another!

And then a third, a fourth, a fifth came by to join their brothers!

The CMOS battery, my friends, was shoddily designed,

Steamy Girl, support forums said, was anything but fine.

“Just unplug her,” the forums said, “and hold the power button,

That’ll do a power drain and fix’er up like nothin’.”

I did just that and lucky me, that tactic seemed to work,

And I said a little prayer of thanks to the forums I had lurked.

I played some Fallout, Skyrim too and, oh yes, Mount & Blade,

Steamy Girl, with ease, rendered the carnage I had made.

That’s enough for one day I think,” I said with a short yawn,

“Goodnight my treasured Steamy Girl, I’ll see you before long.”

I switched her off and went to bed, my day was all but done,

5 dragons were put in the ground, the battles all were won,

I stayed up later than I’d planned, but that’s alright with me,

I spent time with my new best friend, an awesome Steam Machine.

The next day when I flipped her switch, and took a look at her,

the shiver that went down my spine shook me to the core.

That yellow light, that goddamn light! Would it mock me without end?

My precious little Steamy Girl was afflicted once again!

Yes, this sickness is terminal, malignant as can be,

There’s not a thing this world can do to set my best friend free,

If I power drain her once again, she gets a little better,

But she must stay in sleep mode, she’ll get worse if I reset her.

I cringe at every update that says, “Your computer must reset,”

Don’t they understand how bad my baby girl can get?!

Windows Creators Update? No, stay away from here!

You’re only there to laugh at me, to fill my bae with fear!

She does word processing with ease, and many other things,

And even with her yellow light, her praises I will sing,

You cannot make me hate her guts, no matter what you try,

Those guts still run my favorite games, I’m with her ‘til she dies!

She’s full of all these bits and bobs and little fans that whirl,

She’s fitted in a nice black box, her CPU is stunning,

And wait until you she her graphics when she gets to running.

She’s perfect in most every way, except she’s very sick,

But that’s alright because with time I’ve learned to cope with it,

I leave her on in sleep mode when I’m not using her to play,

And when she gets big updates I’ll just leave her for a day.

We’re not all always at our best, but somehow, we get through,

And Steamy Girl has taught me something you should know is true,

Somedays you are a yellow light, there’s nothing you can do,

But somewhere there’s someone out there that sees the blue in you. 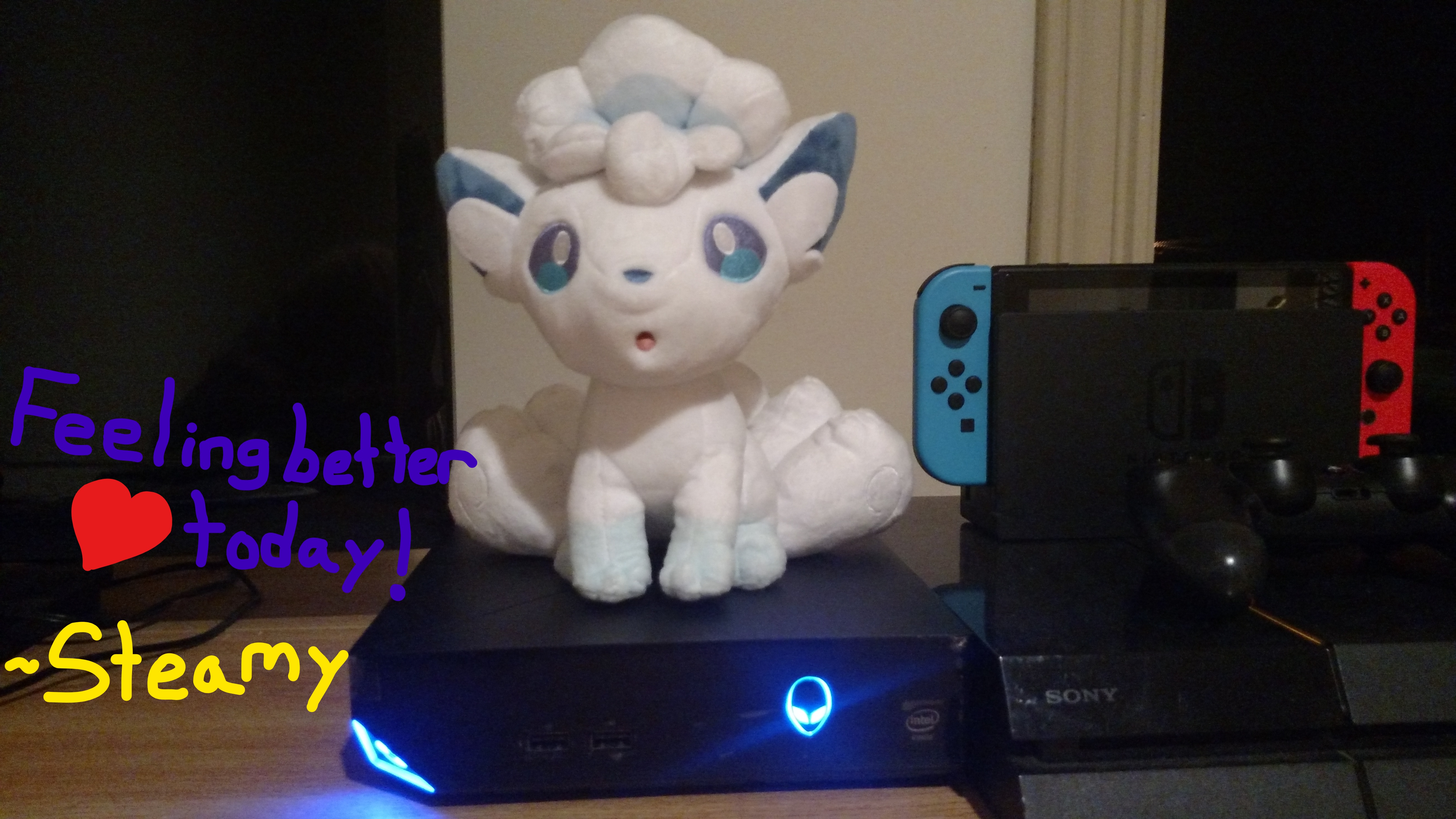