Light Fairytale Episode 1: It's a JRPG

One of my favorite things to do these days is browse new release lists, keeping an eye out for hidden gems among the deluge of titles flooding the market every day. A couple months ago a small JRPG caught my eye. Made by a one man indie studio out of France, with the help of a small handful of freelancers, Light Fairytale looked incredibly ambitious. Billed as Episode 1 of who knows how many, the game marketed itself as a throwback to the JRPG's of the 90's. In that sense, Light Fairytale succeeds, I just wish there was more to it. 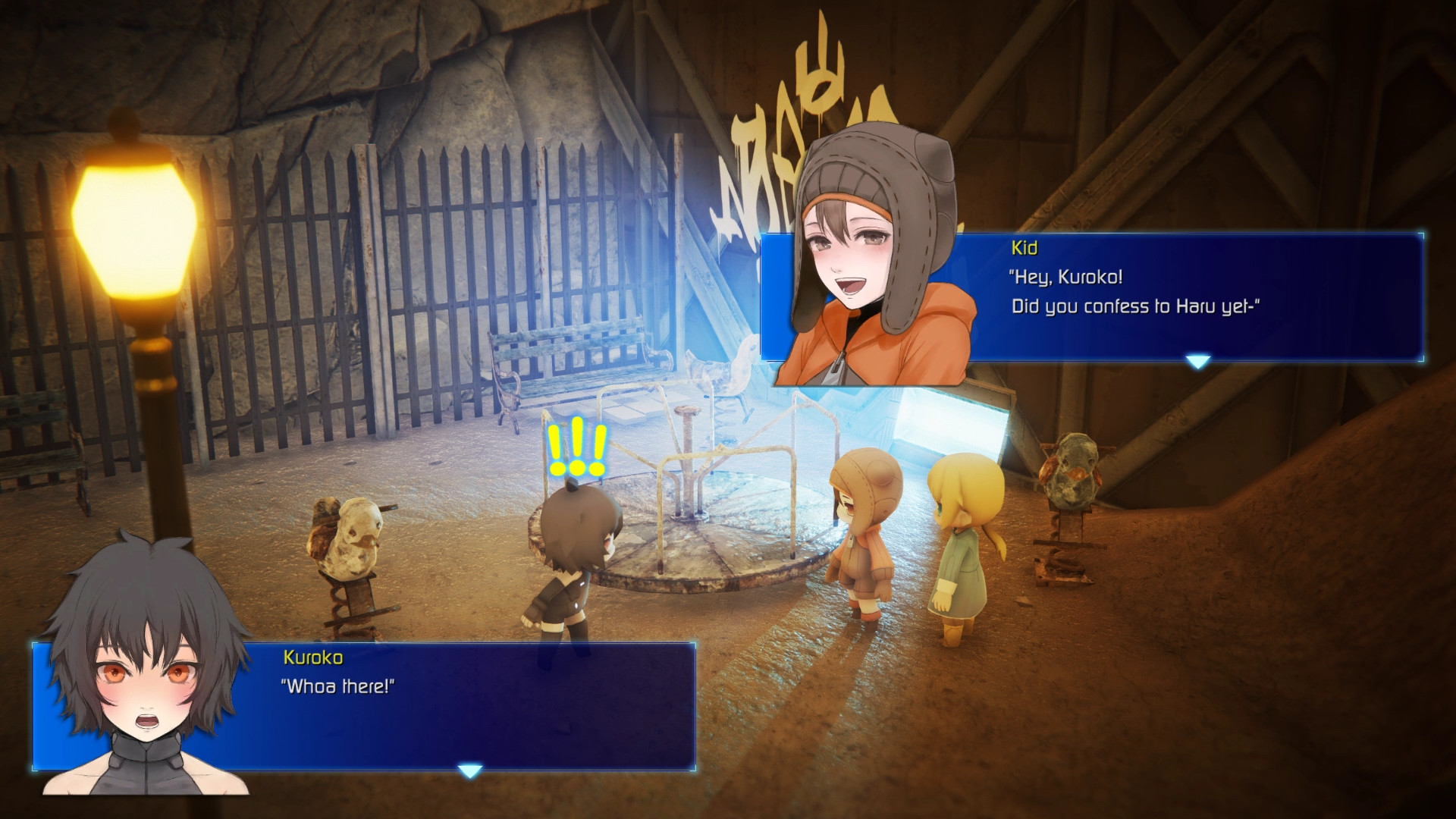 My biggest complaint stems from the length and content of the story. I expected it to be short given it's price ($9.99) and it's episodic nature, but I was somewhat shocked when I hit the end a little over 2 hours after booting it up. That was with me exploring as much as I could and spending a good 15 or 20 minutes mastering a mini game. I expected this first episode to feature a lot of set up for future titles, but it lacks in this respect as well. A lot of the lore of this world is never examined, and to the games credit I really wanted to know more. It starts with the main character waking up after dreaming of a blue sky. In this world, humanity has lived underground for so long they've forgotten a surface world exists, or perhaps it's being hidden from them by the fascist "Empire". It's interesting, and the visuals very much echo Midgar from Final Fantasy 7, but you never get to dig any deeper into the intricacies of the universe. There's also more than a fair share of cringe inducing dialogue, mainly surrounding the various female characters love of the protagonist. It's almost like a harem anime at times, which is disappointing but does fit with the late 90's vibe this game is aiming for. 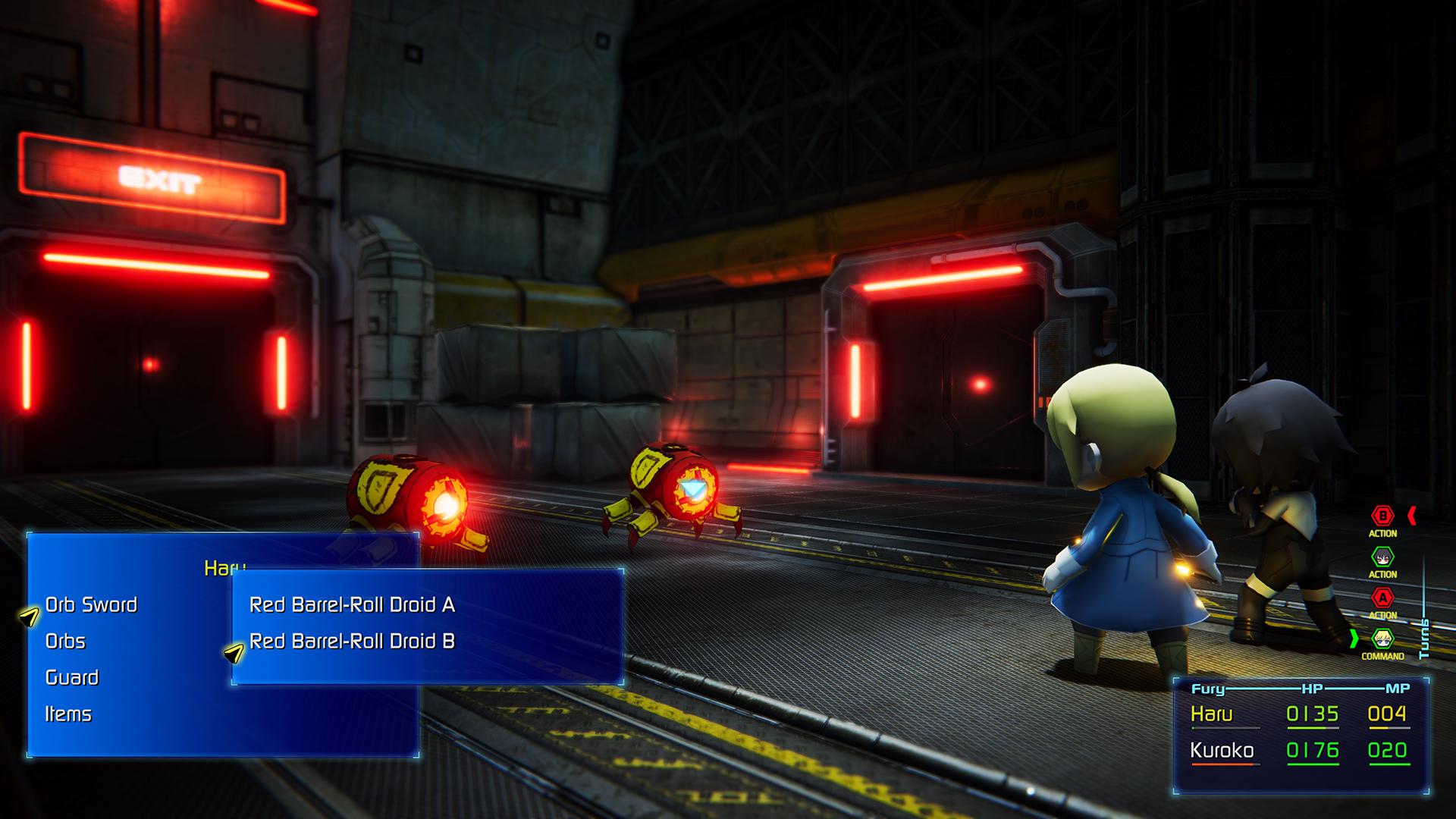 Combat is simple, and barely evolves as the game goes on. It has a standard turn based system, very much like Final Fantasy X but without the nuance that makes X a classic. You have the same 2 party members the entire length of the game, and they never learn anything new as you level up. Most battles just boil down to standard attacks back and forth, with a healing item thrown in as HP gets low. Each character has their own "limit break" style move that builds up as you get hit, but these moves never really make much difference, especially because you have to use them when they come up. One is a group heal and the other a high DPS attack on a single enemy, but you will only truly need them to fight the last boss. Magic exists in this world in the form of orbs. There is only one attack spell orb in the entire game, and it's also never needed outside of the final boss battle. I'd throw it out every once in a while just to mix things up, but regular attacks were usually more effective. You can get an everyone orb that combines with the magic to target all enemies, heavily echoing the materia system from FF7, but you'll probably never use it because the game is essentially over by the time you find it. Once again I find myself wondering if I expected too much from this game. I want to give it the benefit of the doubt since it's the first Episode of a potentially long series, but it's hard to do that when the only fight in the game that requires any thought is the last one. 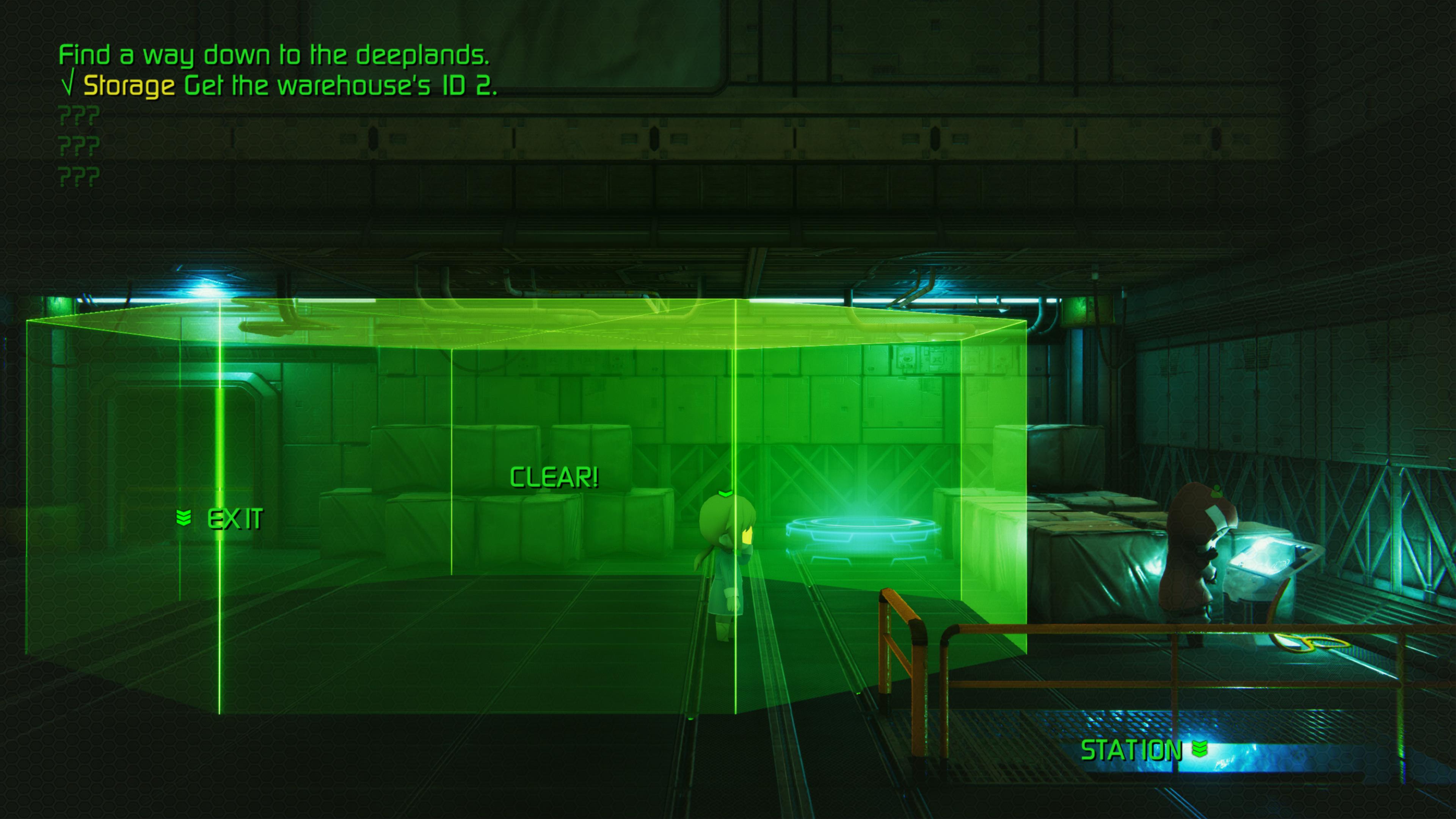 Walking through the world is a delight, one that is punctuated by some excellent music tracks. I have to give a lot of credit to the composer. These tracks fit perfectly within the game world, and it's this aspect that most reminds me of the RPG's Light Fairytale is trying to emulate. Entering a new area and hearing a new track fire up always brought a smile. I'd also be remiss if I didn't bring up all the little details the game has that are entirely optional. You're always rewarded for exploring the world, as small as it is, and it's neat that the game seems to track you in a few instances and brings that back around in the dialogue. One early example involves AR goggles, which you can equip in the world to highlight transition points and NPCs. This system in itself is excellent, because it allows you to keep track of which NPC's dialogue is exhausted and where to go next if you get lost, but the game also acknowledges if you've used it prior to the first tutorial battle. After said battle, your other party member will tell you to use the goggles to keep track of how many enemies are around, but if you've already been using them she'll react with surprise. It's a little thing, but I love it when games change based on how you've interacted with them in the past. 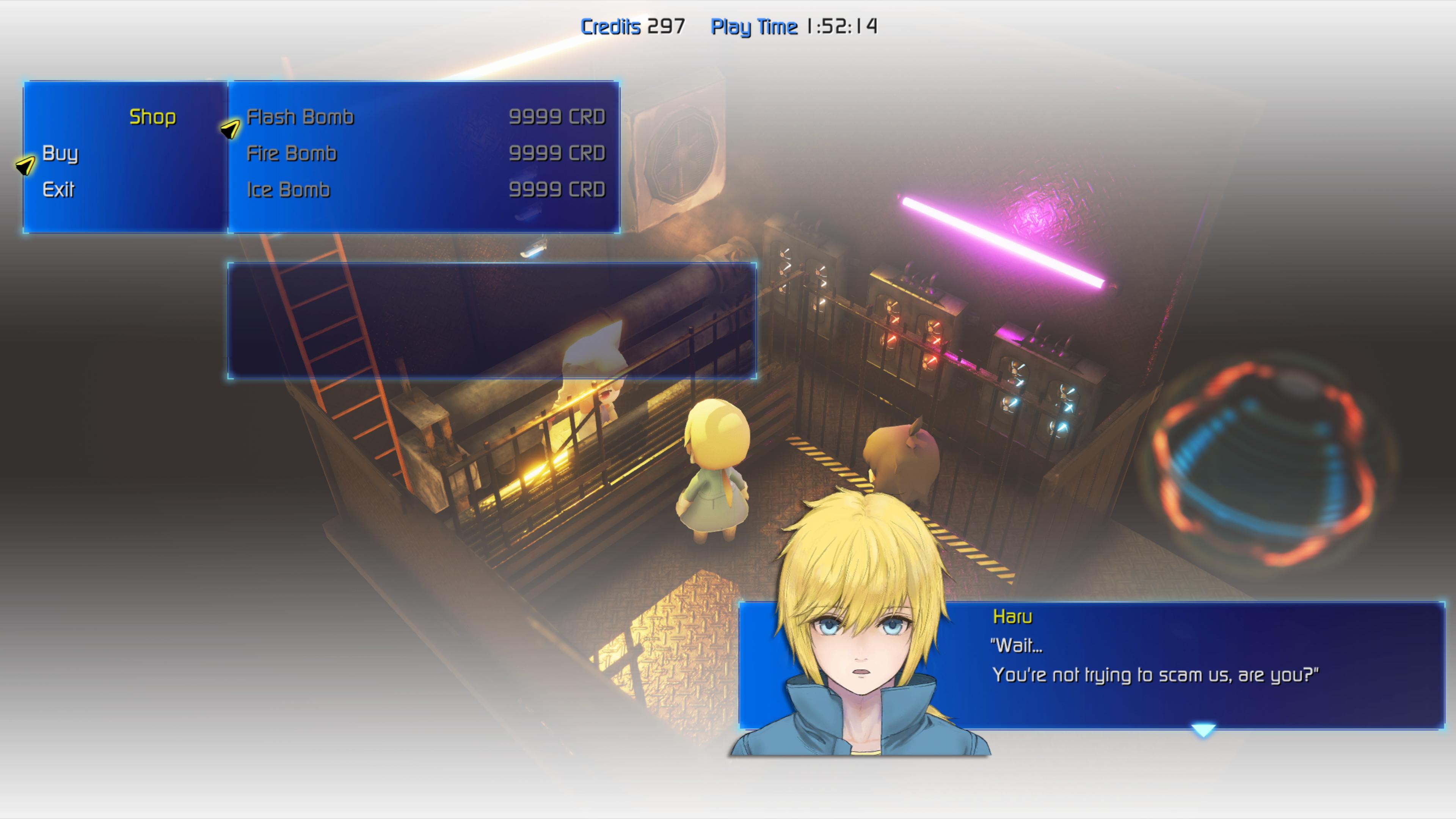 I'd love to be able to wholesale recommend this game to everyone, because there is something to it that intrigues me. It's a short experience, and one that's often boring to play. The combat is a chore for the most part, but the final battle shows that it can be more. The world is neat, but doesn't get explored well enough in the 2 hours you're in it. Still, for 10 bucks I think there are plenty who will enjoy it, especially if they come in knowing what to expect. I think my biggest problems stem from my expectations vs the reality of the final product, and not necessarily the game itself. I'll definitely check out episode 2 when it comes out, this time with said expectations in check. 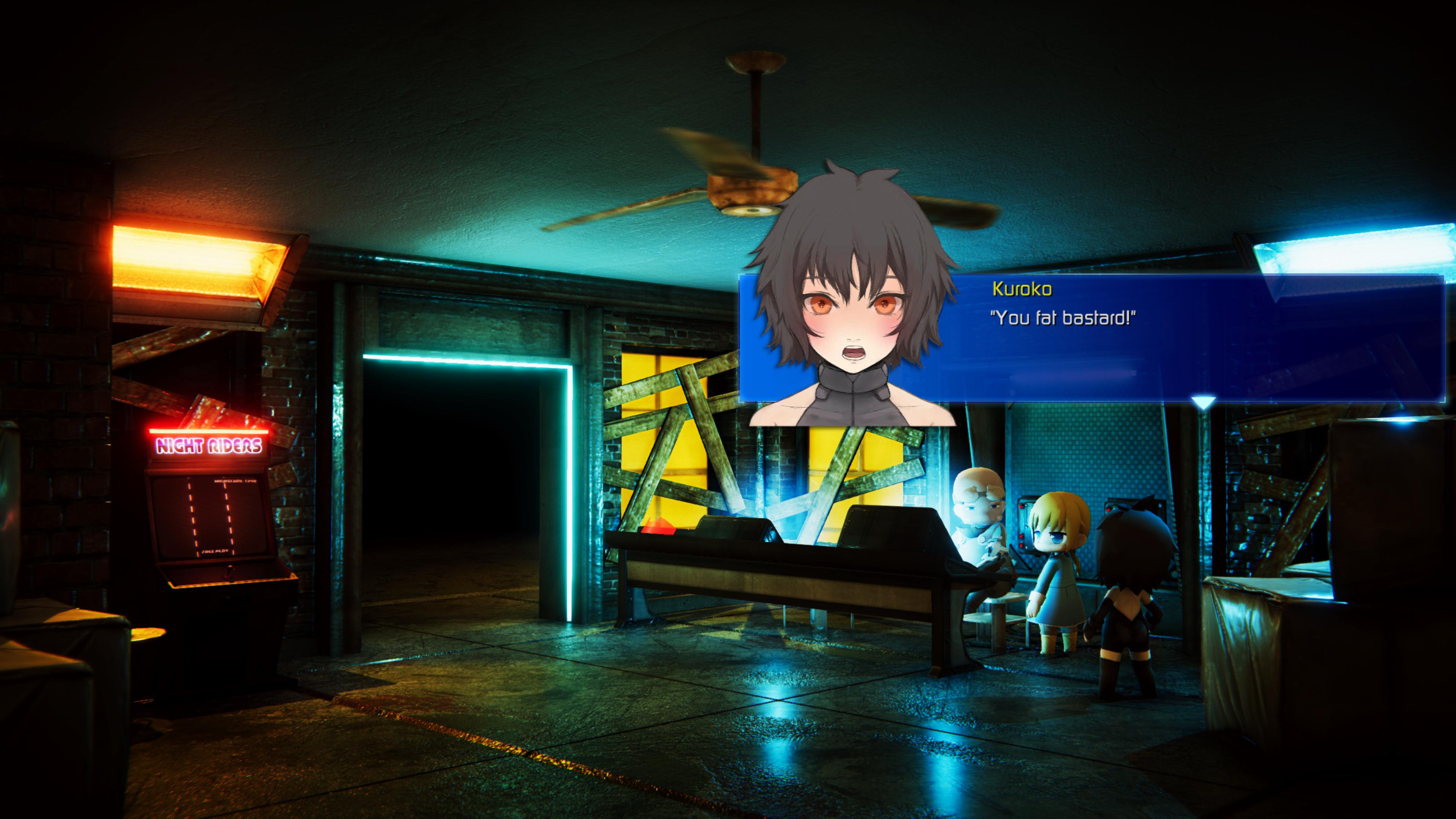