The empire is in chaos. A plague carried across the land by vicious packs of rats is wreaking havoc. No one knows where these rats came from, but they multiply quickly and attack with single minded purpose. In the midst of this crisis, the Royal Protector Corvo Attono has been sent to appeal to the leaders of nations abroad in the hopes of getting this crisis under wraps. He returns 3 days ahead of schedule, just in time to witness the empress, the love of his life, be assassinated. Corvo is blamed for her murder, and is thirsty for a chance at vengeance. 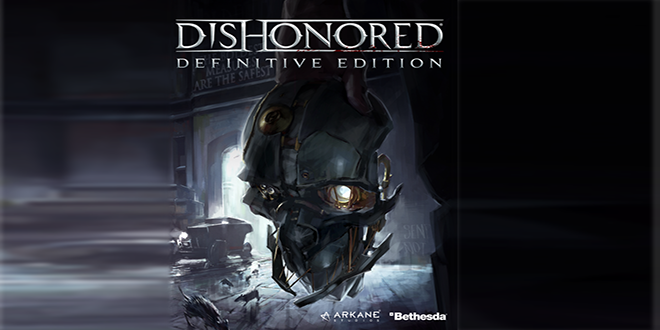 Luckily for Corvo, that chance comes to him rather quickly, thanks to a mysterious benefactor slipping him a key to his jail cell. This is where we get our first true glimpse at what Dishonored has to offer and that the title of Royal Protector isn't just a piece of paper. As Corvo you always have a blade in your right hand, but it's what you equip in the left hand that makes the difference. You can hold a small arsenal of weapons including various arrows and an upgradable handgun. These tools are standard fare for the most part, but they're solid and fun to use. The real innovation comes in the form of dark magic granted to Corvo by a mysterious entity known as the Outsider. These powers really make the game, from the ever useful blink that lets you teleport around in a flash to the awesomely gruesome ability to summon a pack of bloodthirsty rats. It's these powers in combination with the more mundane tools of the trade that combine to make Corvo a god among the men he's hunting. 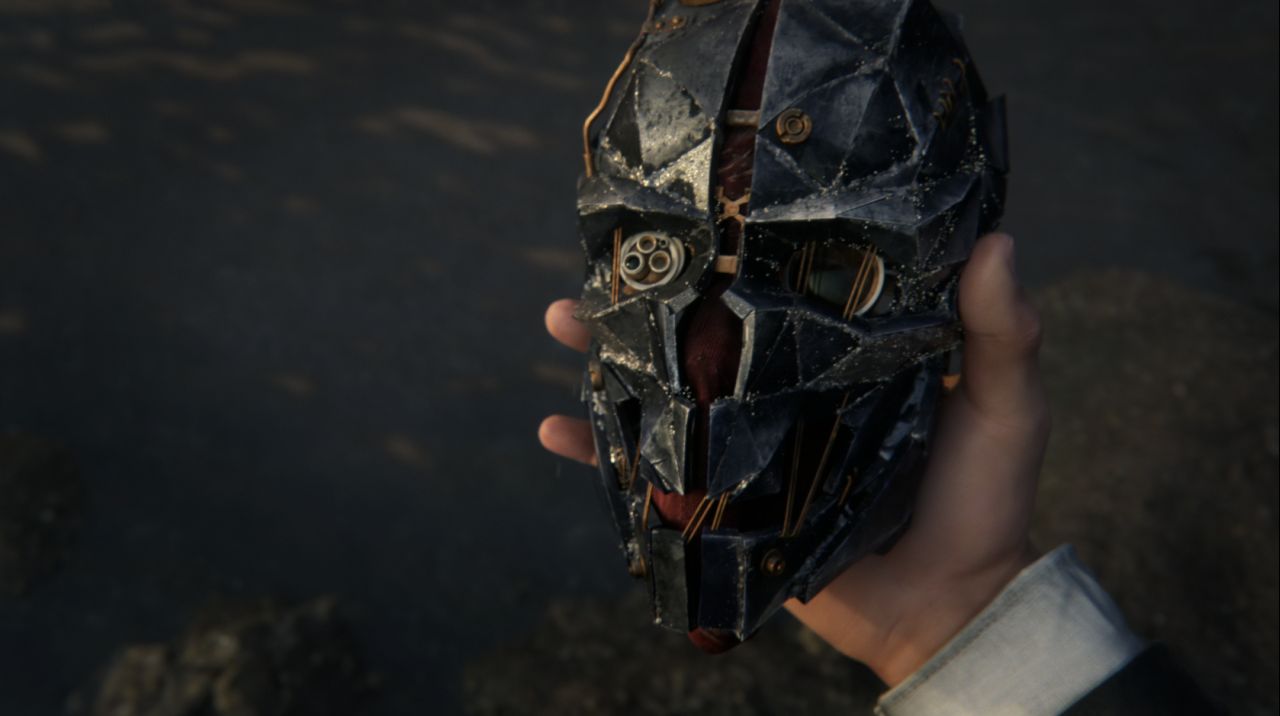 It's this godlike power that is also, in some ways, Dishonored undoing. Nearly ever mission in the main game is rock solid in terms of design, there are always many paths to get to your target, and there are always interesting ways to non-lethally get rid of main characters. Dishonored open design can be a problem though, because it makes the stealth aspect of the game too easy. Playing through Dishonored non-lethally and without killing gets old fairly fast. The options just aren't there to keep things fresh. Blink takes almost all the tension out of situations, because you can blink away from any danger. The big problem is that the powers and items are almost all universally designed to kill people, leaving players who want to pursue this stealthy path with much less to work with. 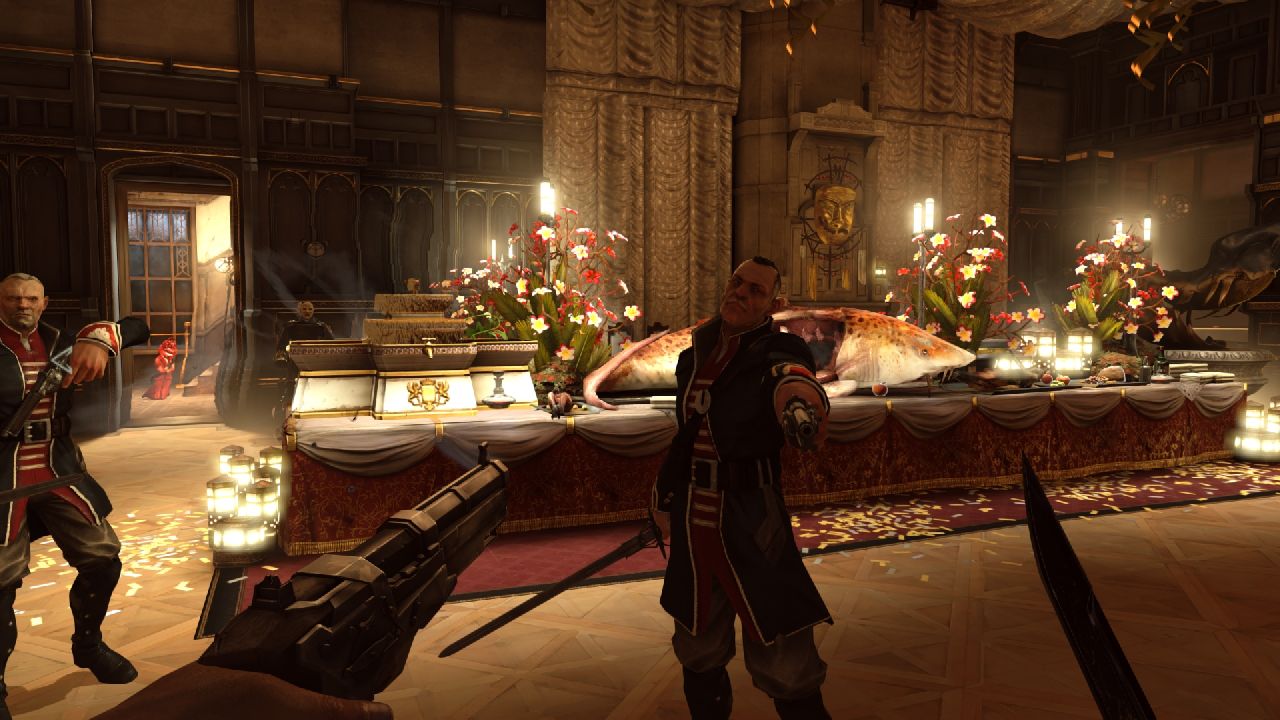 Playing Dishonored as an action game is much more interesting. The powers at your disposal are a joy to use, in fact the only way to really use them is to take them into combat. Blinking around a battlefield, slowing time to catch enemies in the back, dropping mines and throwing grenades as you go, summoning a pack of rats to distract a group of guards while you blast another one over the edge of a high bridge plummeting him to his death. This combat is the heart of Dishonored. Playing stealthily has it's perks, and your ending varies based on how many people you've killed, but taking advantage of every tool in Corvo's arsenal to dispatch your foes provides a much more visceral thrill. 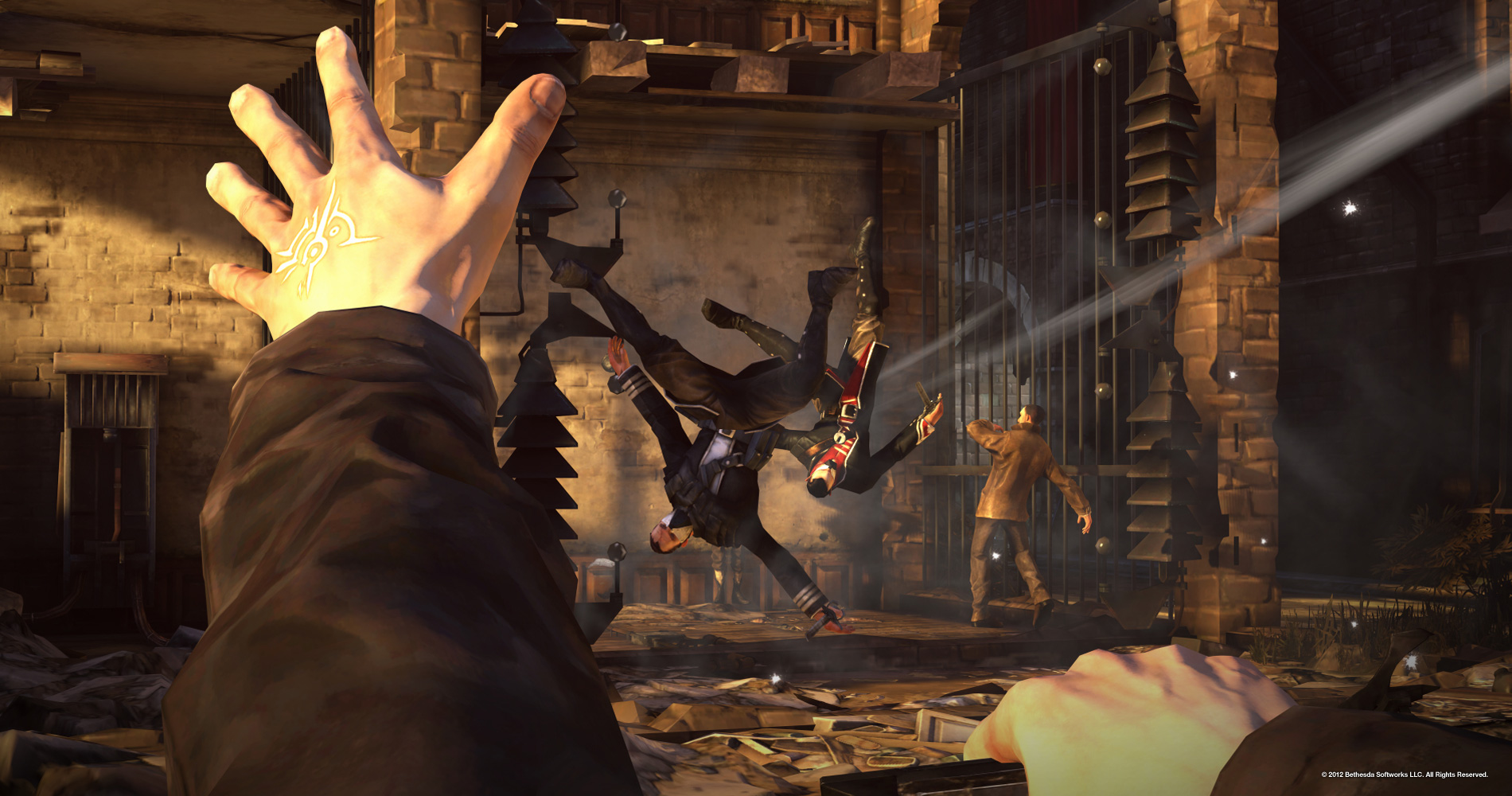 Of course, this being the Definitive Edition, there is some DLC included in the package. The 3 main packages being a pack of short trials and a 2 part story expansion. The trials are as worthless as you'd expect trials to be. They're a chore quite frankly, and not worth even looking at. The 2 part story expansion consisting of Knife of Dunwall and Brigmore Witches is great, in fact it's even better then the main campaign. In this DLC you play as a new character named Daud, who heads up an assassin gang that utilize some of the same magic powers Corvo wields. While the core of the gameplay is virtually identical, it's the characterization that really separates it from Dishonored proper. Having a speaking character who makes comments on the things happening in the world really ups the immersion factor. There's also a couple of new powers and weapons to play with including an upgraded blink that freezes time. 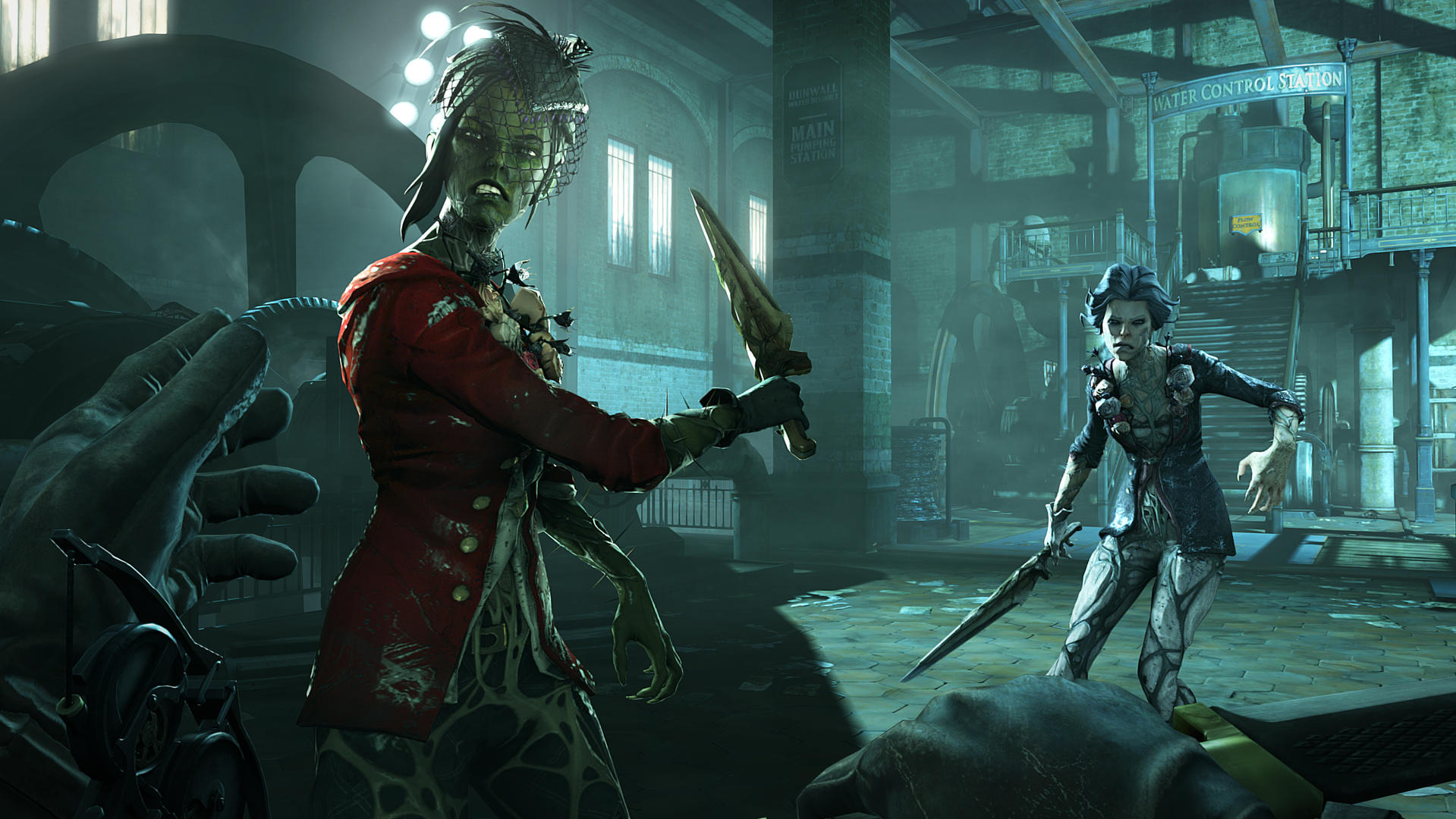 Dishonored is a wonderful game. It's attention to detail, it's oppressive atmosphere, and it's ingenious level design all come together to create something special. It's core gameplay is solid, but it's let down a little bit by a lack of variety in the tools at your disposal. The way the game leans towards the mayhem of combat with it's various powers focused on killing is awesome, but it leaves players who want to sneak around and use less than lethal methods with very few options. Regardless, taking the shoes of Corvo and stalking the streets of Dunwall is an absolute blast, and one that I would recommend to anyone.