So I basically closed my laptop for April first because, you know, fuck April fools. I thought I was perfectly in the clear and that was when this happened— 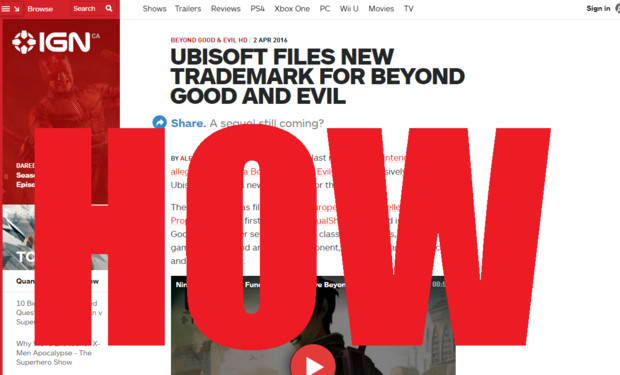 FUCK. How does this possibly happen? I specifically went into hiding and it’s like Ubisoft knew when to strike.

Oh Beyond Good and Evil, why are you haunting me so? It’s over, there’s no hope. Don’t give me any fucking hope, the weight is too much.

Oh well, I guess were going to have to waituntil E3.

This always fucking happens, I knew that this was going happen.

And for those of you who have not played the game Beyond Good and Evil, it’s on PS2, Gamecube, Xbox, PS3, Xbox 360 and Steam. I want as many people to know about this game as possible, it’s the only hope in hell we have for a sequel.