Adventure Games Suck and If You Don't Agree Then Who Are You Working For?

I'm nothing but a cheap dumb fool constantly getting tricked to the edge of his life. I don't want to say the world is out to get me, but I'll go ahead and say that in the next paragraph anyway. And it's all thanks to so-called adventure game. Every time, like a dope on a rope I'm all, "Oh, this is going to be the adventure game for me. I'll enjoy this game. Look, it has neat aesthetics and a weird animation style. Look at all the praise it's gotten. It must really be a gem of a game. I'm going to enjoy this."

Those are lies. I'm lying to myself. It never is. It's always fun up until a point, until that torturous turn of the knife, until I realize with a chill in my guts that I've been stabbed in the lung--again. I'm not one to flirt with conspiracy theories, but there is a vast global conglomerate of bullshit artists with brains melted into abstract patterns who spend all their time coding unending oblique torture devices under the guise of simple mystery boxes with the sole intention of guiling me in particular into playing them. Don't believe me? That's because you're part of the conspiracy, bud.

How far back does this initiative to destroy my sanity run? Well, if you can believe it many were released before I was even born. This is an ingenious bit of planning by the Global Conglomerate. There's no better way to make sure I must buy into the stage they've set for me than to have my own birthing fluids christen it. How could I see through the cracks if these supposed adventure games were already everywhere? This also confirms my suspicion that my birth was foretold by the gods and these freaks working to psychically destroy me are doing so in an attempt to frustrate my divine destiny. At first I was skeptical of this global conspiracy angle, but when it started to justify not one but two of my pre-determined beliefs? What are the odds? It has to be true.

They almost got me, too, I'm ashamed to admit. But it's coming this close to being broken, destroyed, my mind leaking out my ears and my eyes rolling back in my head, for me to see the cracks so clearly. I can see through space and time, and their scheme is plain as day. All this is thanks to the alluring bastard Garage: Bad Dream Adventure.

THE BAIT OF INTRIGUE 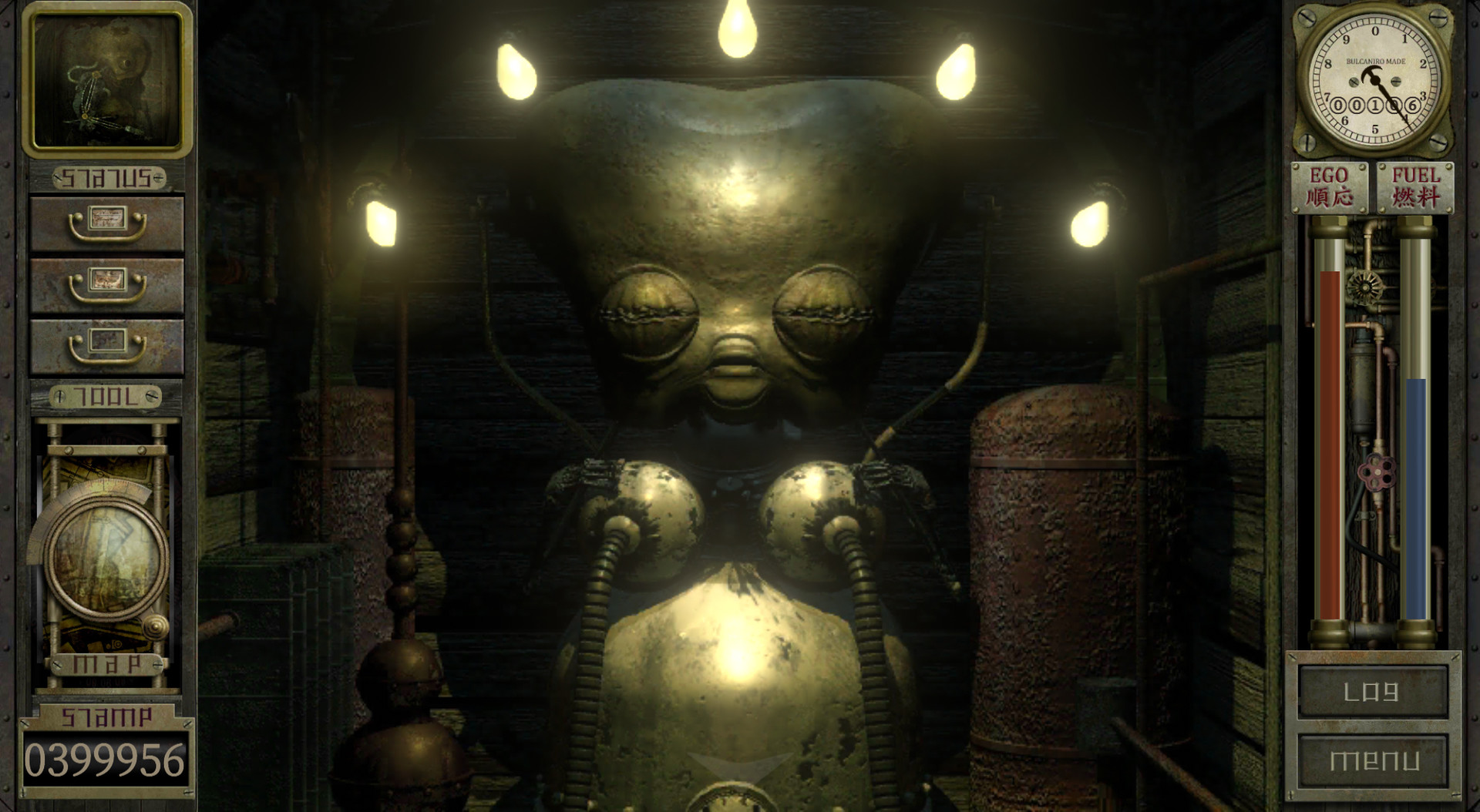 Most adventure games fool their prey with interesting art or a unique premise, something unseen in the everyday video game fare, something that makes you go "Oh, that looks neat." This is nothing more than the honey-glazed pork shoulder settled onto the spring of a bear guillotine. It draws you in. Whether it be the Gothic mystery of the Rusty Lake games, the spy-deco of Agent A: A Puzzle in Disguise, or the bizarre techno dystopia of Garage, its look and theming gets a big boy howdy out of me--and then I'm trapped. I'm sucked in. I plunk down my cash like a grizzly snout into the sweet, sweet pork shoulder. There will only be a moment's bliss before the blade drops.

Just look at this game. You're a weird robot riding tracks through an infinitely weird city. You refuel by using a rod attached to your crotch to jostle crab meat around inside a female robot's stomach and then suck on her extendable nipple until you're full. There's a fishing mini-game in which you catch all manner of repugnant and cute creatures. It's grimy. It's obtuse. It's like it was made for me--and in a way it was.

It was made to destroy me. 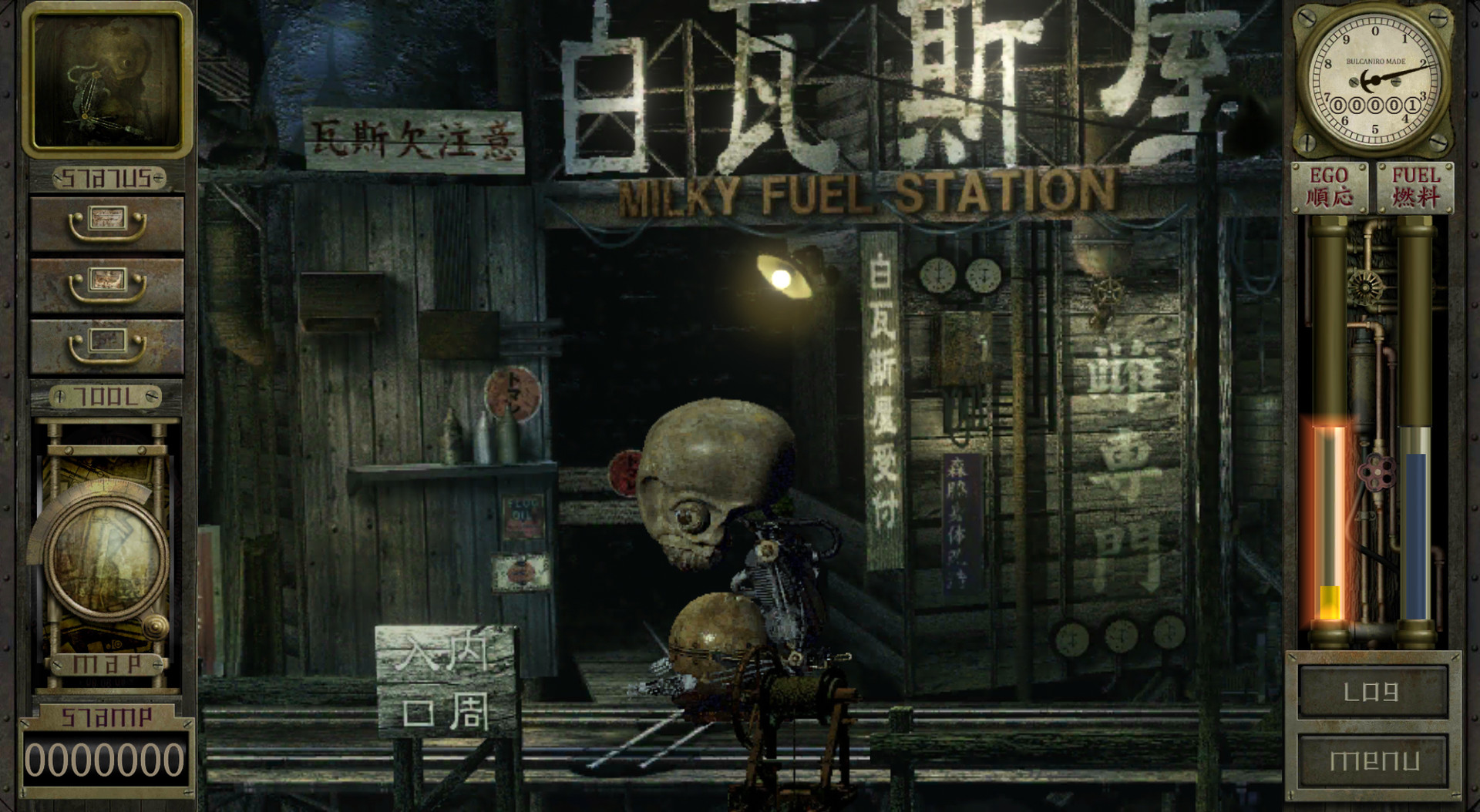 Everyone knows that once a bear has been decapitated it can live for another thirty years. A headless bear is in many ways much more dangerous than a whole one as it's now frenzied. How does one dull the bear and make it easy to approach and execute? Any good hunter already knows the answer: Build an elaborate maze through which the bear will wander, chasing after you, but without its head it won't even realize that it's lost. That is, not until it's too late.

All adventure games play to this template. Offer a few easy puzzles, a couple rooms to escape, some keys easily found. "Look, you can do it," the game praises us. "You're a good boy, a smart boy, a very big strong boy with a brain. Good for you!" Yes, good for us.

I felt like Garage was going to be the adventure game that I bested. I thought it would be the one to put me over the top, to save me from the quagmire of unending torment and heartbreak. Everything was going so smoothly. I quickly learned that I had to find a psychic to save myself from this robotic world. I learned she was in a lighthouse. I learned that lighthouse was protected by a lock that required a specific song played by my music box to open. I found parts to augment my body so I could catch bigger and weirder creatures. I was on top of the world. Six hours in, and I was untouchable.

But I was nothing but a headless bear in a maze.

FIST DOWN THE THROAT 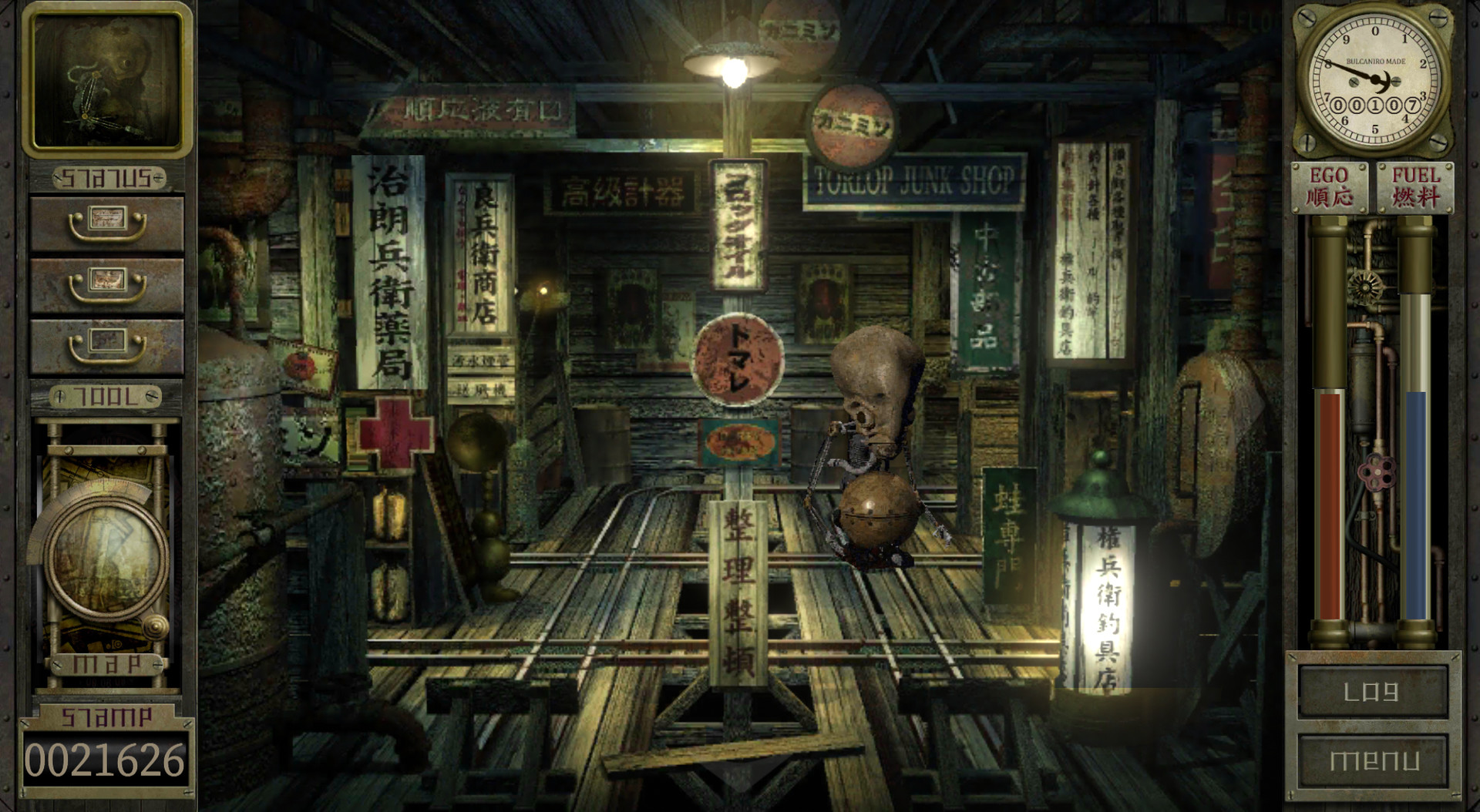 That fucking goddamn ass music sheet. Where could it be? I need a special song to open the lock, but I don't have the music sheet for it. I need the music sheet in order to progress, but where the fuck is it? I talk to multiple people. They tell me the guy who probably had the song is out near the old letterpress building. Okay, cool. There's not one on the map--but even that doesn't stop me! I learn that a rundown apartment building used to be the letterpress place. Ha! This character who has the sheet that I need should be in there. You see, every puzzle is solvable. I'm not lost. I'm not lost. I'm not lost. 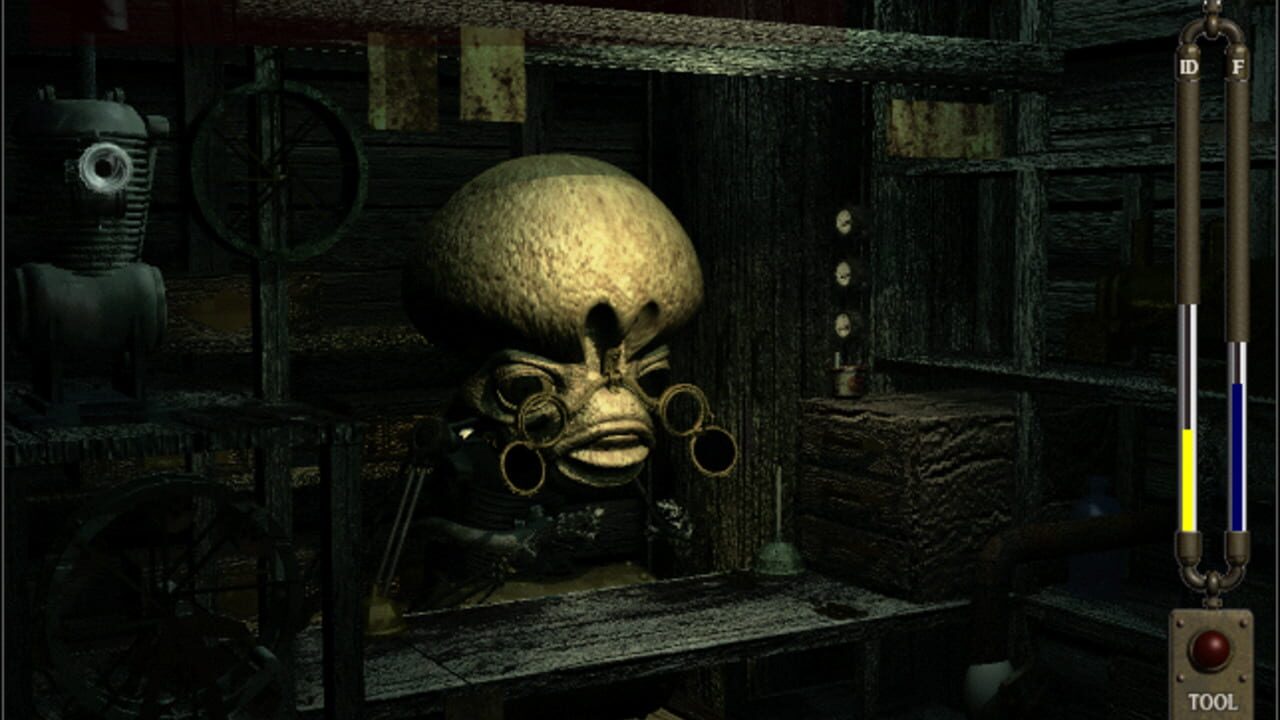 I don't need to tell country boys this, but that's when you pounce on the bear and punch down its open neck-hole. The beast, too tired to fight, will struggle without the energy to claw or scrape. It'll seem dead already, but you need to hold that fist down deep until the blood thickens and runs cold. It's the only way to be sure.

That's what Garage: Bad Dream Adventure was trying to do to me. I was suffocating, struggling without will. My brain was liquifying, becoming a slush fit to leak out my ears. My eyes glazed. I moved my character by rote, searching for nothing. I tried looking up walkthroughs for this re-release of an obscure Japanese adventure game from 1999, but unless I was going to learn Japanese I would have to die or give up.

And so, not wanting to suffer a bear's indecent fate I turned the game off and left it unfinished, another stain on my soul. The only solace is that I'm still alive. The Global Conglomerate has not gotten me. I can still reach divine greatness--that is until the next honeyed pork shoulder finds its way into my jaws.

Now, you might scoff at this. You might say how much you love adventure games, that they're all totally doable and deserving of praise, and I'm missing out by not applying myself more. Okay G-man, let me ask you this: If they're so doable, then why haven't I finished any? Yeah, that's what I thought.