Just a year after the release of the first game and envisioned as a spin-off sequel, Abe's Exoddus isn't actually a much different game. Yet, it is improved in many small areas that is a much more enjoyable game to play.

If you loved the first game, you will probably love this one more. Conversely, the game doesn't do anything to change your mind if you hated or were ambivalent about its predecessor. 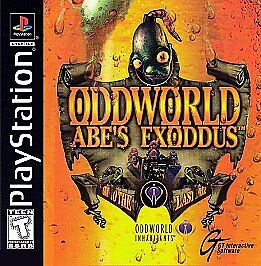 "His scarred hand branded on moon's odd face. This hero may free the Mudokon race"

The first Abe game presented a world where the Mudokon species are enslaved by capitalist tyrants who were scheming to turn them into food products. In some ways, it was a subversive commentary on the conditions of the salaryman. In others, it was simply a game with good CGI and mediocre toilet humor.

Its spin-off sequel doesn't lean harder into any of those two directions, but it is less impactful in its satire and subversion by losing the element of novelty. In fact, the low-level humor is now more obvious and still isn't funny. 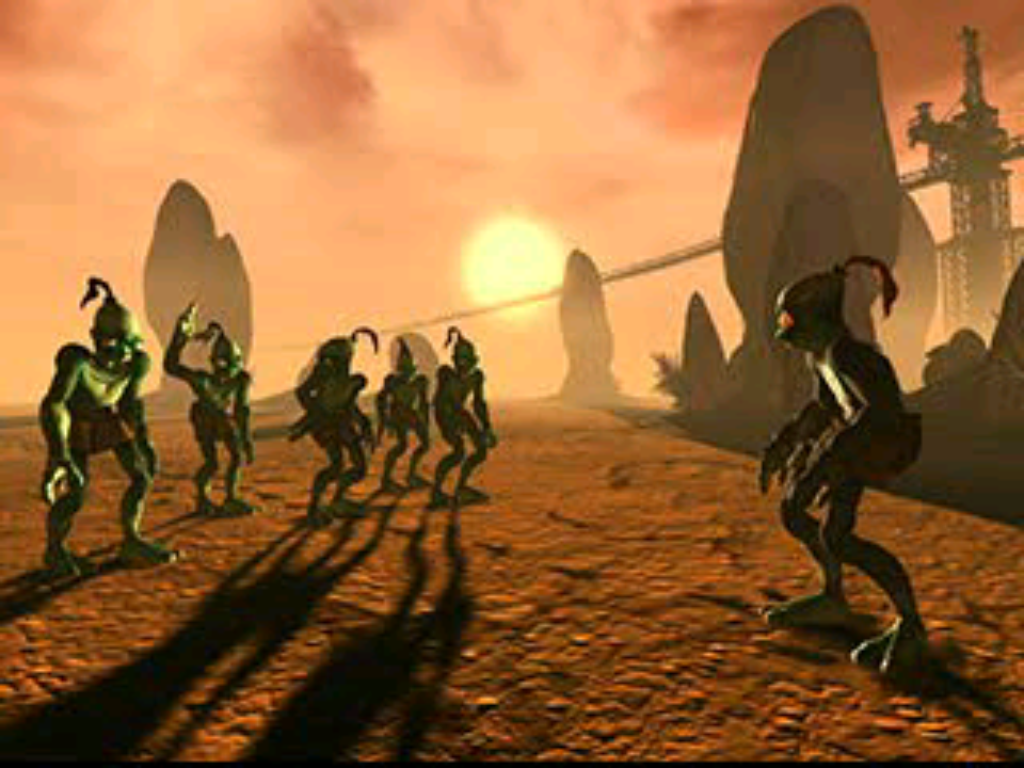 It begins with a very basic premise

This isn't aided by some silly and partially grotesque voice acting that doesn't do the animation justice at all. Speaking of the animation, the CGI work on the game was actually submitted to the Oscars but was rejected to be part of the animation category competition.

That tells me two things: First, is that the CGI quality is really good. Second, is that the creates of Oddworld seriously overestimate the quality and pedigree of their work. That latter fact is evident with their "Oddworld Quintology" plan that never neared its fulfillment.

"With skin of blue and spirit guides too. Only he can save our bones from brew"

It is in its gameplay that Abe' Exoddus gains on its predecessor, but that doesn't mean that the game deviates in any big way. On the contrary, this is nearly the exact same gameplay as the original but is altogether a much tighter affair.

For one thing, the solutions to puzzles aren't as confusing or obtuse as it is in the first game and hidden rooms are hidden in ways that make sense and can be reliably noticed. 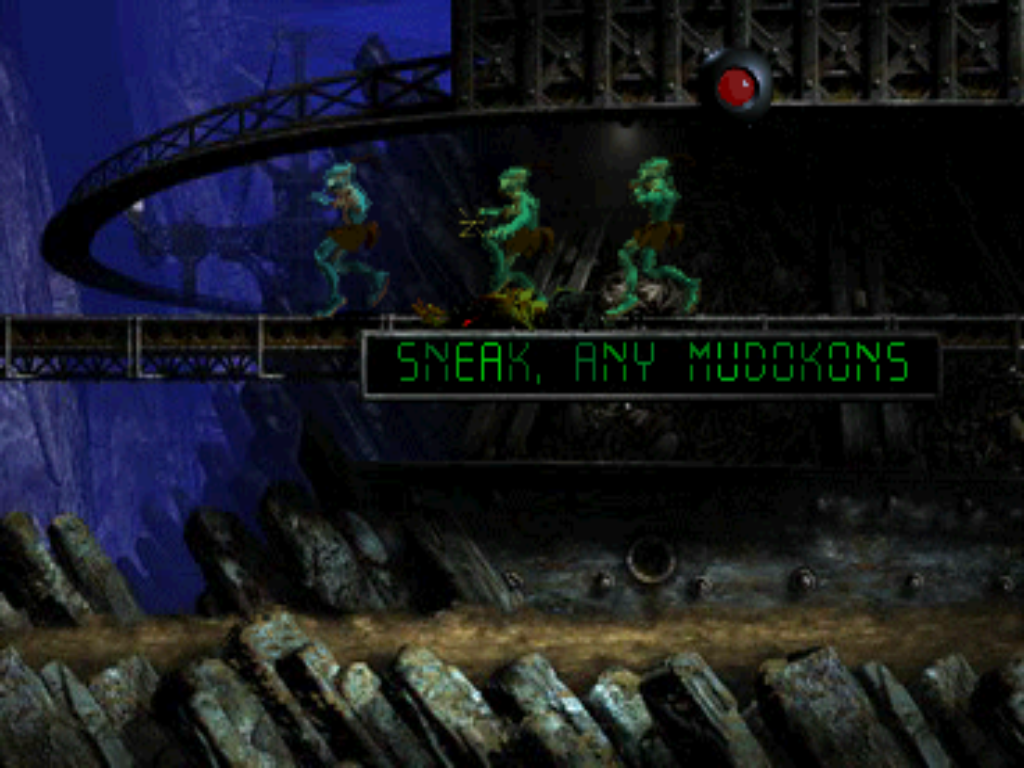 Controlling multiple Mudokons is the biggest improvement over the first game

Like in the first game, Abe goes through screens while avoiding enemies and helping his fellow Mudokons to escape their imprisonment. This is made much more efficient this time around since Abe can communicate with several of his kind at once instead of individually (which is a MASSIVE upgrade). To order these idiots around, Abe can use the title's signature "GameSpeak" commands.

Or he can fart, but that's just for jokes.

Additionally, the game introduces some more complications to those base mechanics. For example, the Mudokons now have emotional states that Abe can resolve by slapping them out of. Another addition is a terrifying mine roller cart that you must use very carefully or you will kill your allies with it. 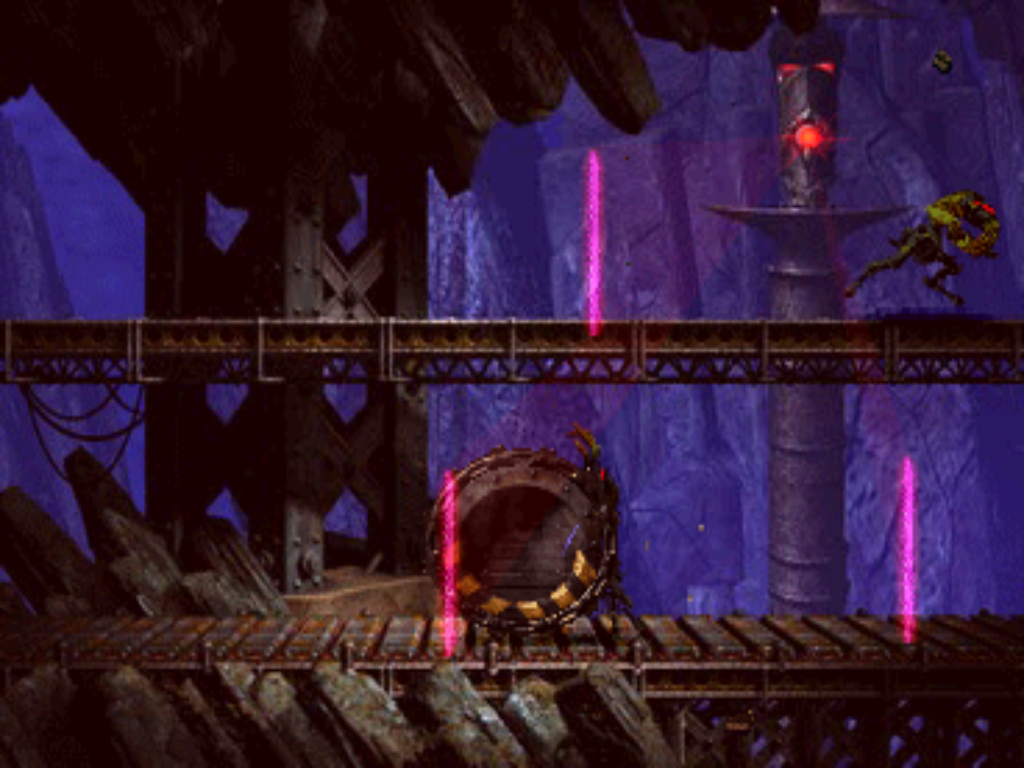 The "mining cart" is fun to use for all of two seconds, then you need to worry about not killing others of your kin

Overall, despite it being more balanced and clear than its predecessor, the Puzzle-Platforming gameplay is still isn't particularly fun and a lot of puzzles depend heavily on trial and error. It's not too bad, but I can't say it's good either.

"Only a fool or a murderer will pull this lever"

With its "Oscar-worthy" graphical pedigree, Abe's Exoddus looks as good as the first game with the same level of personality in its animations. Sure, the backgrounds are a little boring and the color palette can be boring and drab, but it shows a cohesive universe.

One thing that is worth mentioning is the frequent usage of background and foreground layers where there is some level of interactivity, and that gives the 2D game world a little more depth. 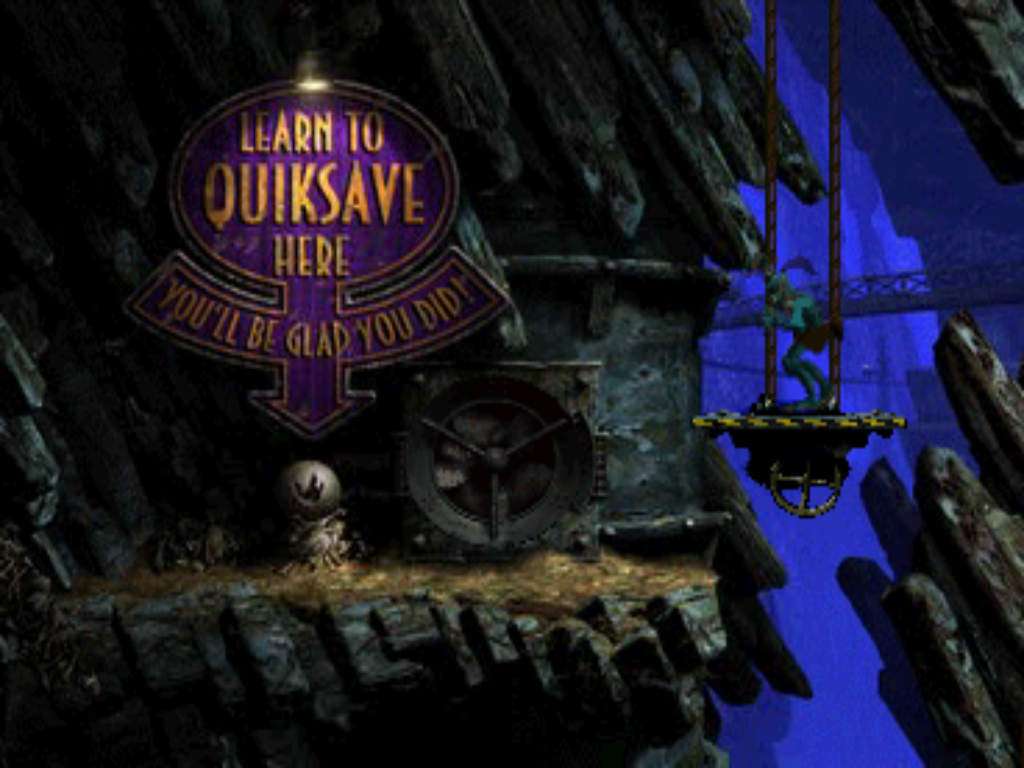 There are some nice graphical elements

Like in the first game, there is some rudimentary voice acting in the game through the few commands Abe has, and that same style of poor VA is used in the CGI scenes. Since the sounds fit with the stupid characters, that isn't a big deal.

Lastly, the soundtrack of the game isn't anything worth writing about and is frankly barely there.

The Oddworld franchises started with a sprint before it attempted to walk. It envisioned a "Quintology" of games and yet dared to call the first sequel it released a "spin-off sequel", and to that end thought a spin-off would be released between every mainline game.

Obviously, that didn't happen. In fact, despite being a clearly better game, Abe's Exoddus failed to sell as half as the surprisingly successful first game. I think that is because, despite the franchise's neat ideas, I just think it isn't very fun to play.

Still, there are enough neat ideas in this sequel that it is worth playing for those who like Puzzle Platformers with a weird and quirky personality. 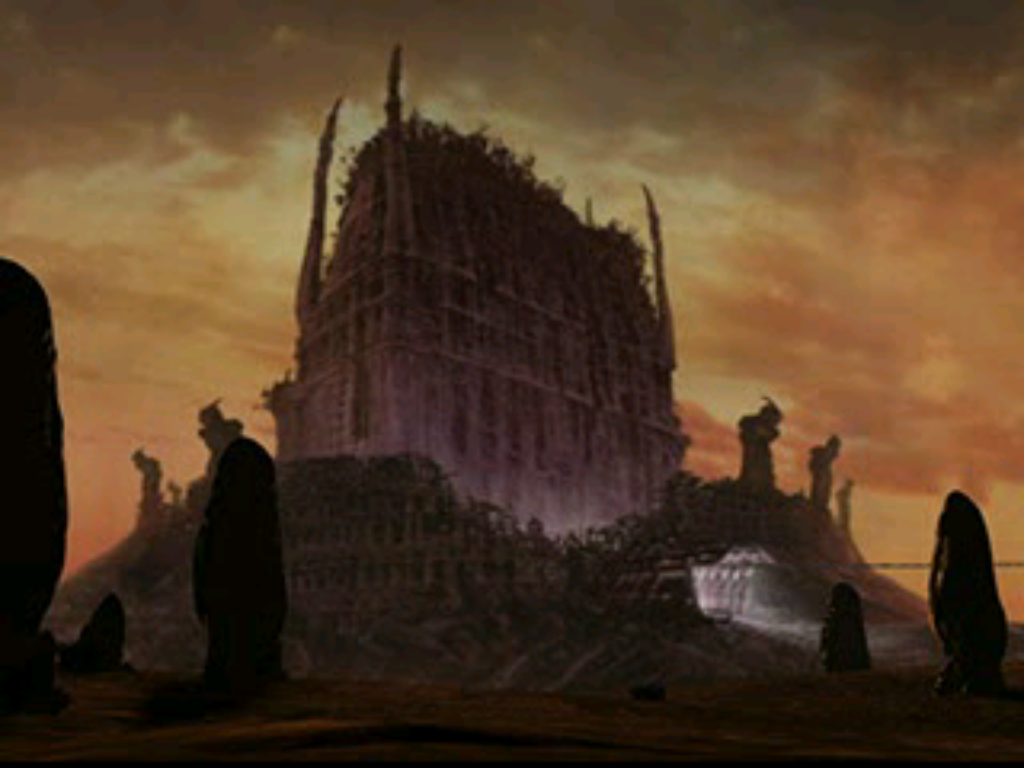 1-Don't bother trying to save all the Mudokens to avoid frustration.
2-Pay attention to falling pebbles as that signals climbable platforms.
3-There are multiple secret rooms.
4-You can communicate with several Mudokons at a time.
5-Blind Mudokons continue blindly (obviously), you must command them to stop. 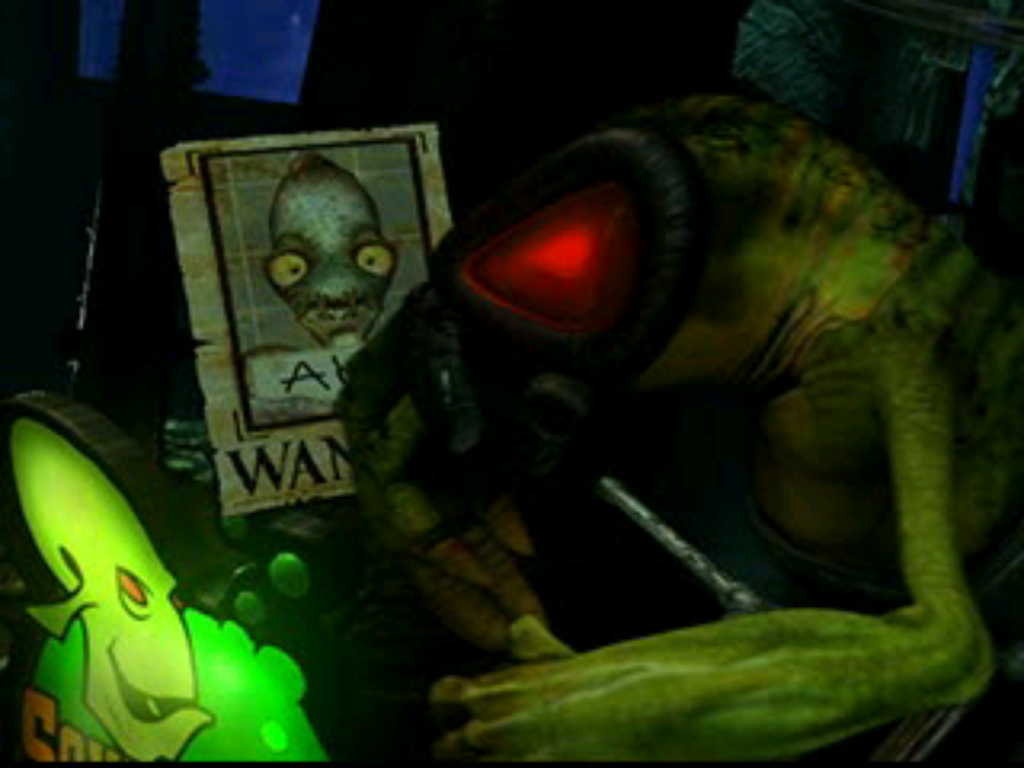 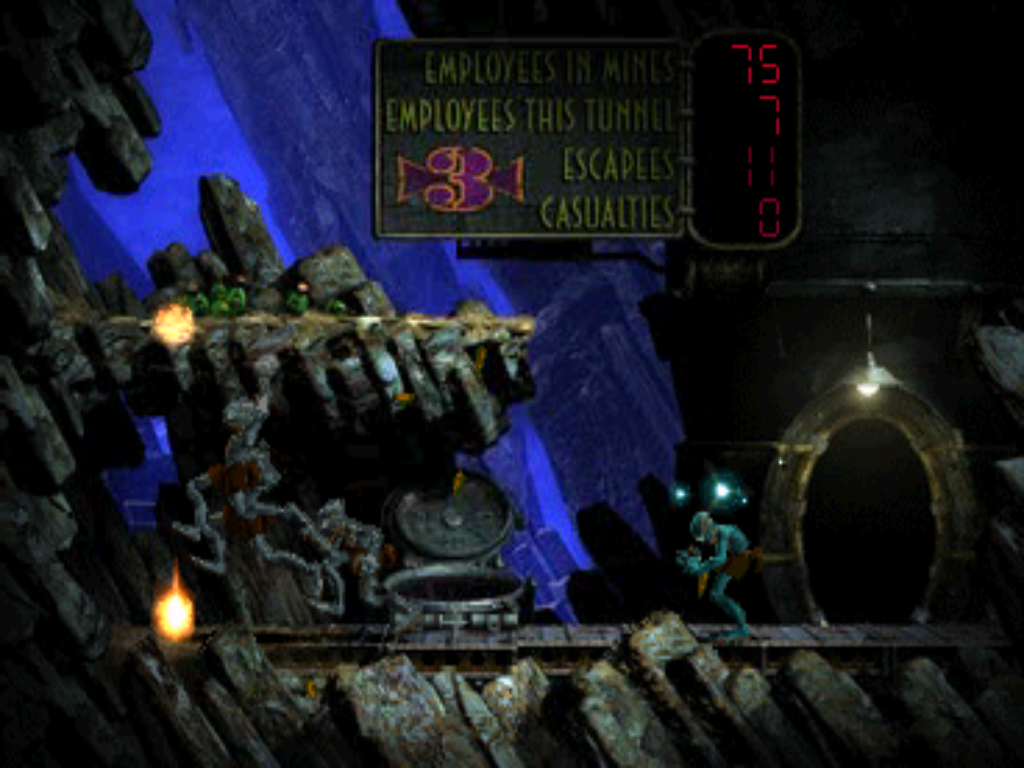 Saving your fellow Mudokons is the prime objective, otherwise, you get the bad ending

So my experience with the Oddworld franchise wasn't rewarding after all. Although I like the satirical edge, the gameplay was ultimately too boring for me.

The next game to be reviewed in the list should be the rhythm-focused cult-favorite, PaRappa the Rapper at #62. However, a remaster was already released on the PS4, and the game is very poorly calibrated in comparison to today's Rhythm games. As such, I am going ahead and writing a report on the top 70-61 games in the Retro Sanctuary Top 100 PS1 Games list, and then going to the addendum list with a playthrough and review of Legend of Mana.