Klonoa is different from the other mascots introduced in the late 90s in that Namco balanced the edgy style of the era with a classical Japanese focus on cuteness and personality. That saved the character from being as dated and cringy as some of the other B-Tier mascots of the time.

However, an arguably more drastic departure was Namco's insistence on remaining within the tried and true 2D Platformer genre instead of going for the 3D trend. That ultimately worked for the game's favor, as is this is a really very good 2D platformer at its core, with the added bonus of having a nice story and some good graphics. 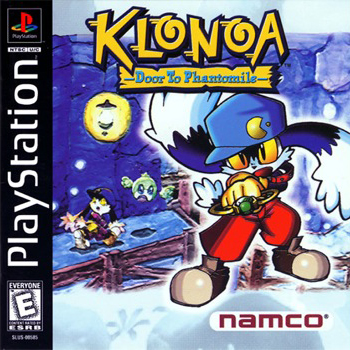 "How dare you go through my tower without ever saying hello!"

Surprisingly, the story plays a big part in this 2D platformer. Starring the mascot, Klonoa, a furry anthropomorphic amalgamation of different animals. At the beginning of the game, Klonoa finds that the happy dreams of his world are being corrupted by nightmares, which we soon find out is the work of the evil Ghadius.

Being a brave hero, Klonoa goes ahead to save his world, accompanied by the ring spirit Huepow who helps him fight enemies and traverse the landscape. 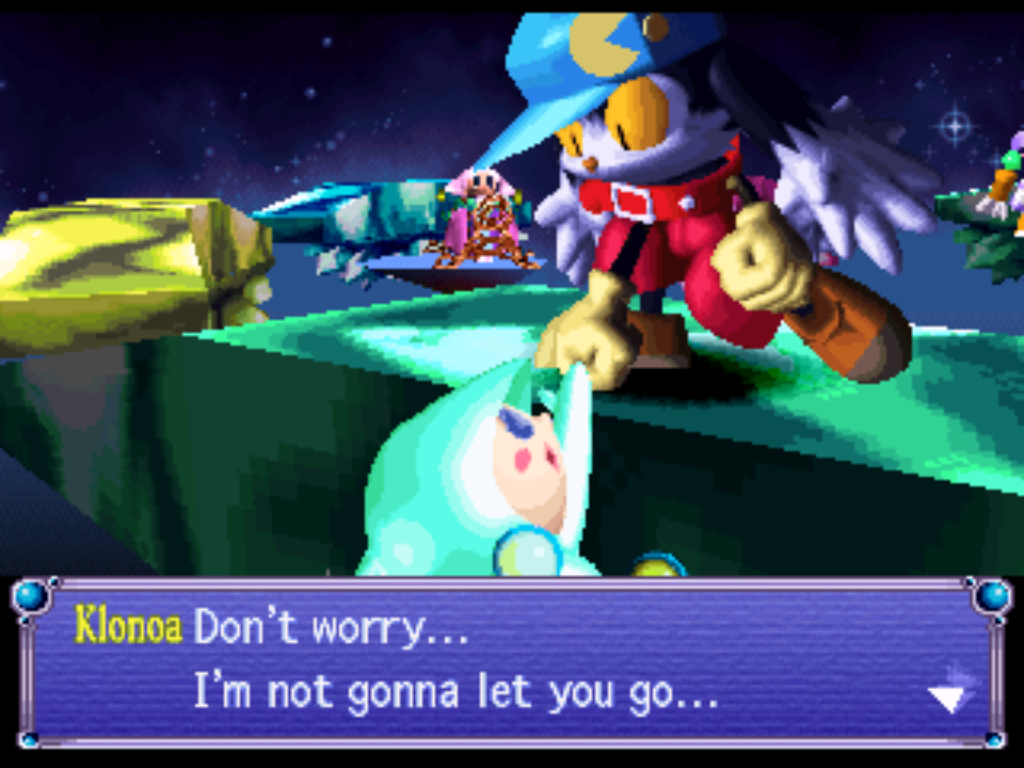 The game manages to establish some surprisingly good character ties

In their adventure, they meet members of the land's different tribes and solve their problems, and they are introduced to some likable characters. The dialogue is not extensive, and the story is not particularly amazing. However, the game is not shy at providing dramatic moments and ultimately getting you to care about these characters in the same way you would in a Saturday night cartoon.

For the genre, Klonoa didn't have to include any level of storytelling. Yet, in choosing to tell an engaging, if basic story, fully loaded with dialogue segments and impressive CGI scenes, Klonoa is heads and shoulders above other Platformers in the era in its story department.

I am not surprised to learn that Hideo Yoshizawa, the director of this game, was also the director of the NES Ninja Gaiden games. In interviews, he says that the rhythm of movement is very important to him, and that holds true in Klonoa. Basic movement is clean, fast, and precise. What is more amazing though, is that the game's central gimmick doesn't slow things down at all.

Klonoa's basic attack is to use the ring spirit and pull enemies in front of him and hold them up as inflatable projectiles. He then can throw these inflated enemies to attack or throw it downward to use as a double jump.

Here, you can imagine the game grinding to a halt every time you pull in an enemy. However, that doesn't turn out to be the case at all. The game moves at enough speed that you can continue moving as you are pulling enemies and throwing them around. 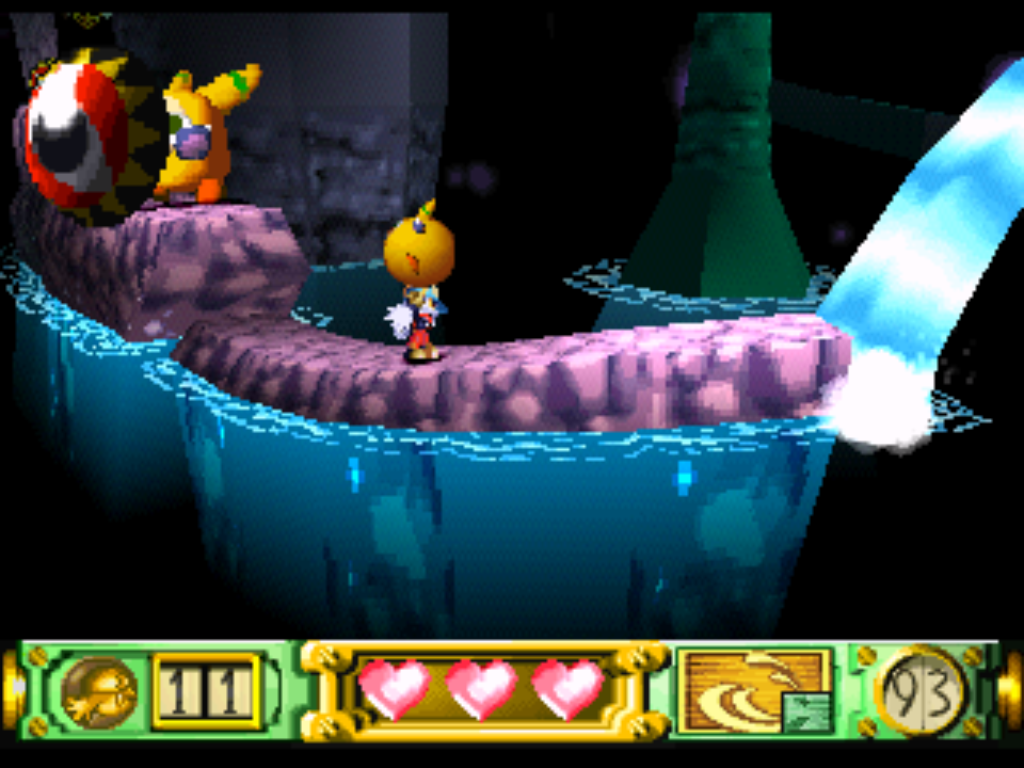 Using enemies as weapons is cathartic

In fact, some of the more advanced moves are jumping, pulling an enemy, and throwing them down for an instant double jump. You can then chain that by pulling in another enemy and getting another jump. Basically, you can keep on moving and your basic attacking option doesn't slow things down.

Another innovation of this game is the ability to target enemies and objects in the foreground and background. This being a 2.5D Platformer, you can see enemies in the background, and you can chuck their friends at them.

This gets a lot of milage against the game's rather good bosses.

"Well, weirdos came here and messed up the castle"

You meet those bosses at the end of each "world", and each world consists of two stages. These stages are uniformly good, and they get more varied as you progress. A later stage even requires you to go to multiple parts of the stage to gather orbs or another with a more labyrinthian design.

In each stage, there are six tribe people to save, and I am not sure what purpose that serves other than the fun of doing it. Unfortunately, if you miss any tribe member to save, then you cannot repeat the stage until you beat the game. 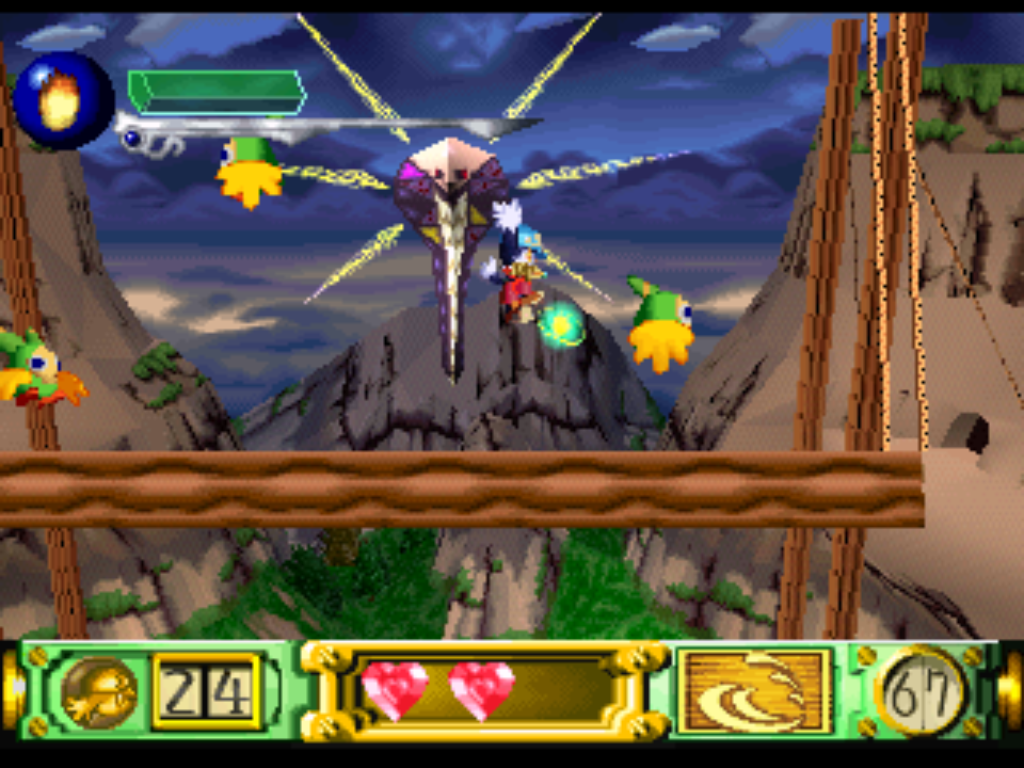 The bosses are always fun to play against

Somehow, in what may be the game's biggest weakness, that doesn't turn out to be a big problem. After all, there are only 12 stages to play!!!

If that seems to be a short number for a PS1 game, then that's because it clearly is. I think the game should have at least 6 more stages. Others may argue that the game's length encourages replayability, but I disagree about that.

The first thing you encounter with Klonao is an admittedly impressive CGI cutscene. This cutscene, like the others in the game, looks much better than other CGI scenes from the same time and is also competently directed in a way to show emotion and character.

That competency in direction shines in the game's regular graphics as well. While it is clear that sprite-based graphics would have looked much better than the 3D polygons the game uses, the solid art direction and uniform design of the game save it somewhat. Klonoa's dream-focused world looks consistent, and, well, dreamy to an extent. 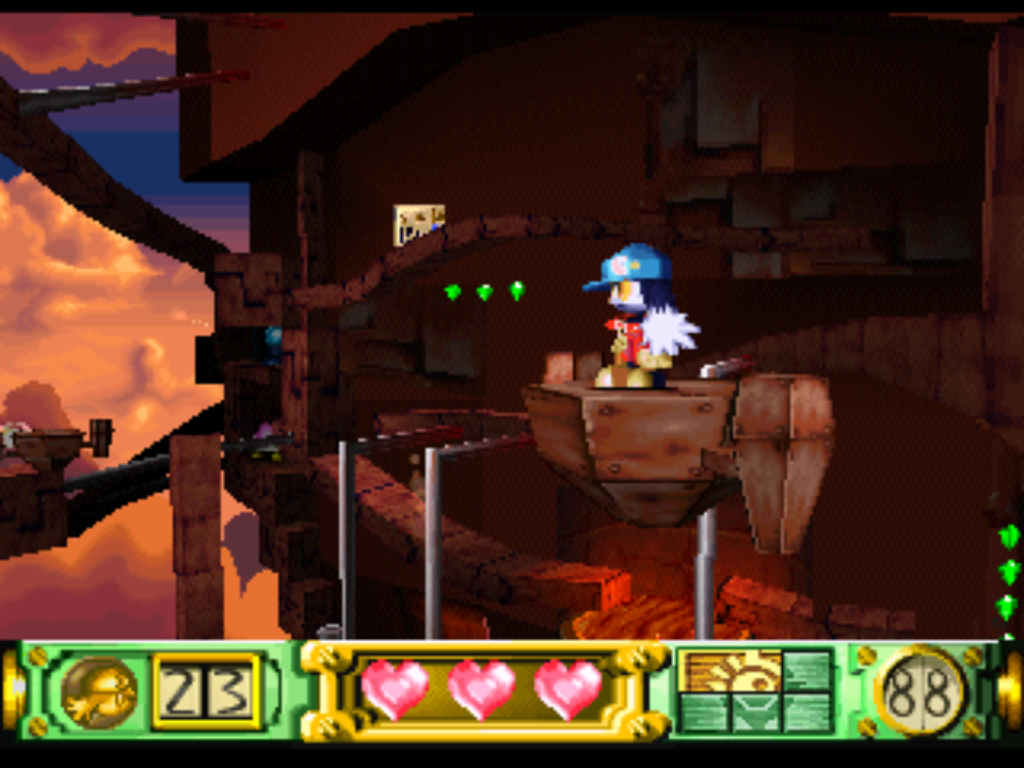 The art direction hides the limitation of the technology

Musically, the soundtrack is divided between several composers, and while the end product fits the game, you can't help but feel that it misses a solidifying vision. That doesn't keep it from having great tracks such as the soundtrack of stage 5-1.

At this point, I just remembered that this game was remade for the Wii in an expanded remake. In general, the remake is almost a reimagining of the PS1 game that keeps much of its core features while being a separate game.

One thing that remake doesn't keep is the game's cutely gibberish voice acting. Instead, it uses some seriously cringy dialogue instead. For me, the cute gibberish fits the game much more, and honestly is part of its charm.

I missed on Klonoa when I had a PS1. Maybe I was an idiot and thought it was a cute game for children. If that was the case, then I sure missed on a very good game.

A very good game that could have been great if it expanded its ideas more, and managed to include more stages.

As it is, this is a sweet and shot game that is worth the playtime for sure. 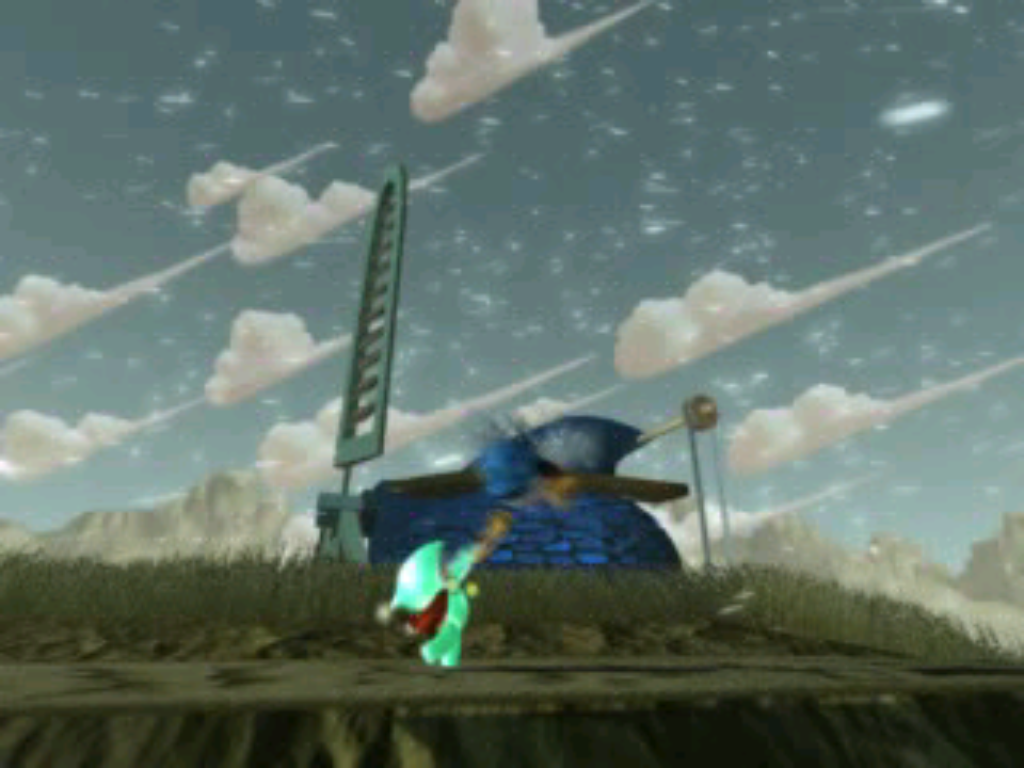 1-Explore the levels well if you want to find all the imprisoned tribe members.
2-Learn how to pull enemies and continue moving.
3-You can pull enemies in mid-air to do double jumps. 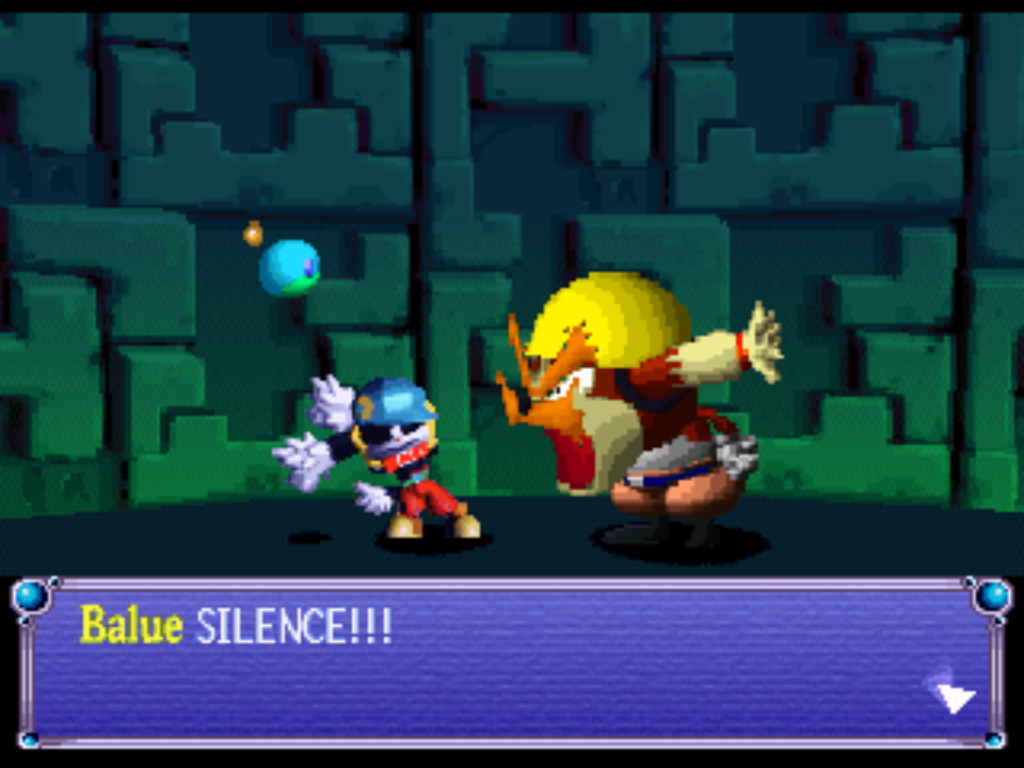 The game can be really funny 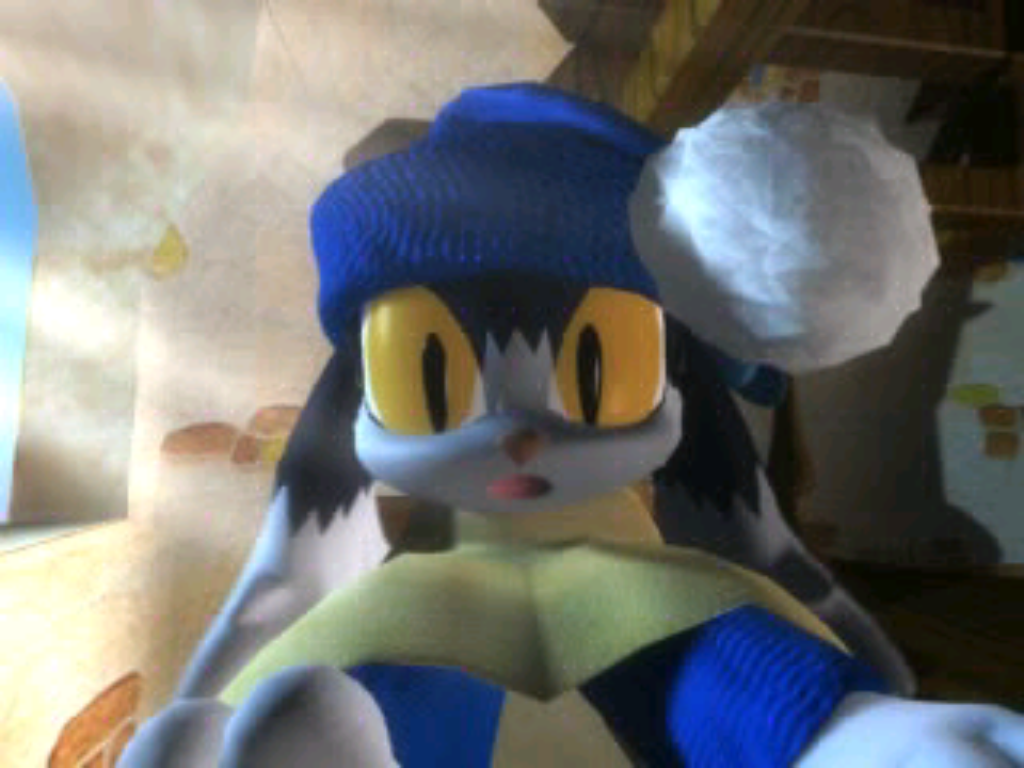 Wait, was all that a dream

I guess not all 90's mascot platformers aged like milk. Klonoa: Door to Phantomile was a really good game that I enjoyed playing.

Next, to play from the Retro Sanctuary list is Future Cop LAPD at #65, a 3rd person shooter that frankly expects to have aged terribly.