The PlayStation 1 had such a massive library of games that it is impossible to do it justice with a simple top 100 games list. As such, I decided to supplement my usual review of a top 100 games list (this time, I used the top 100 PS1 games list from Retro Sanctuary) with other games picked up from different lists. This parallel "Additional List" is not numbered in any ordered way, so the quality of the titles theoretically vary from top to bottom.

Of the five games included in this report, five are games that I played before. As for the other five, I ended up reviewing four games, of which only two provided any source of enjoyment for me. None of the games in this list can muster a strong argument to be in a Top 100 PS1 games list, but several are better than some of the weaker selections induced in the Retro Sanctuary list.

Here is a brief on these ten games, please enjoy:- 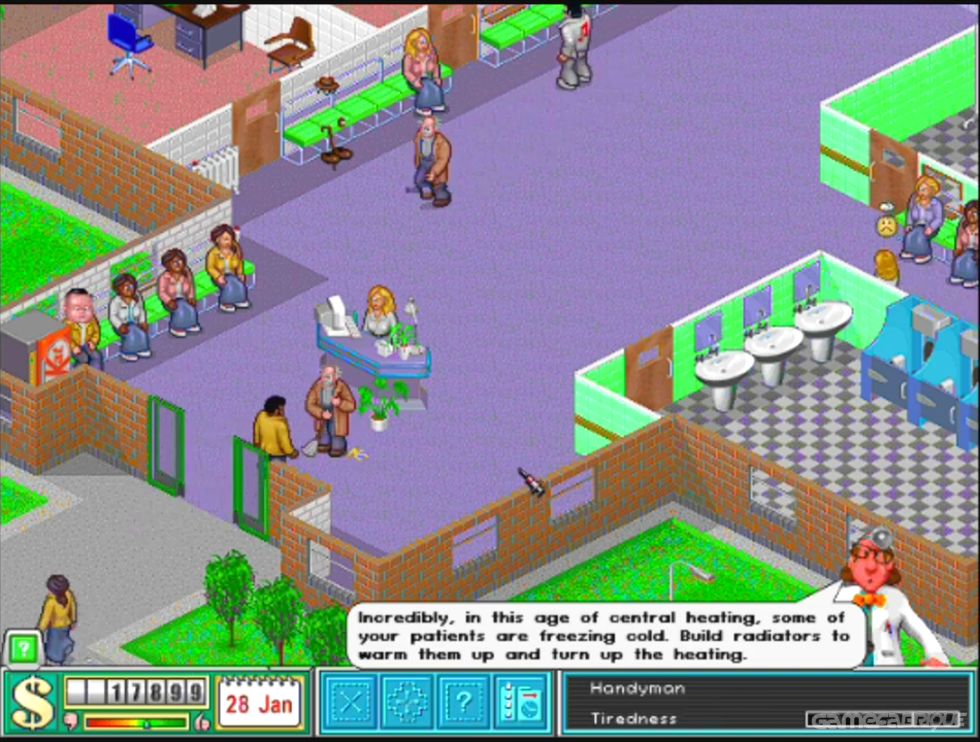 Usually, I think that simulation games are much better on the PC than on consoles, and that's not different this time. However, I actually played Theme Hospital as a kid on the PS1 and enjoyed it very much. In my opinion, this game has always been the best Theme simulation game of the bunch.

There is inherent dark comedic value in juxtaposing the typical humor of the Theme games against the supposedly sterile environment of hospitals. Designing a hospital to treat the local demand of inflated head syndrome (which you pop and then replace with a normal-sized head) and extended tongue disease (which you roll back to size) is both a rewarding and humorous gaming situation. 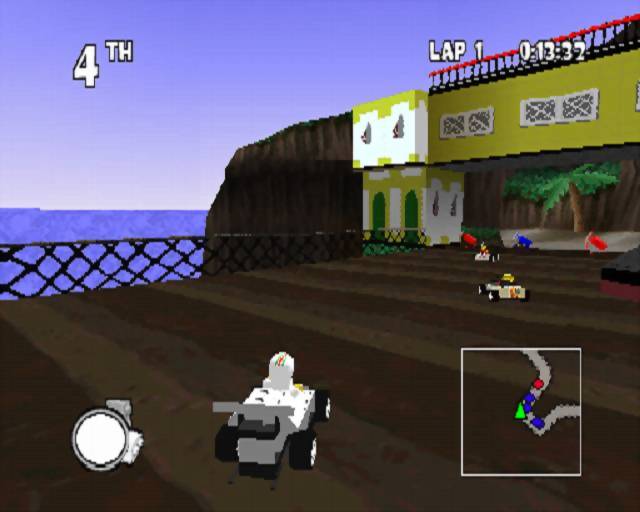 LEGO Racers is a competent kart racing game in the same vein as Mario Kart but with an extensive single-player campaign and elaborate kart customization. The campaign was a precursor for the typical LEGO games humor we expect today, and the customization aspect made a huge difference in how your car looks and how it drives.

While the game doesn't play as good as the best kart racers of the time (it is mid-tier mechanically), the customization and single-story aspects were much better than most of the competition. That, in itself, compels me to rate this as a Top 100 PS1 game, especially when a list like Retro Sanctuary puts in the much inferior Speed Punks game in its place. 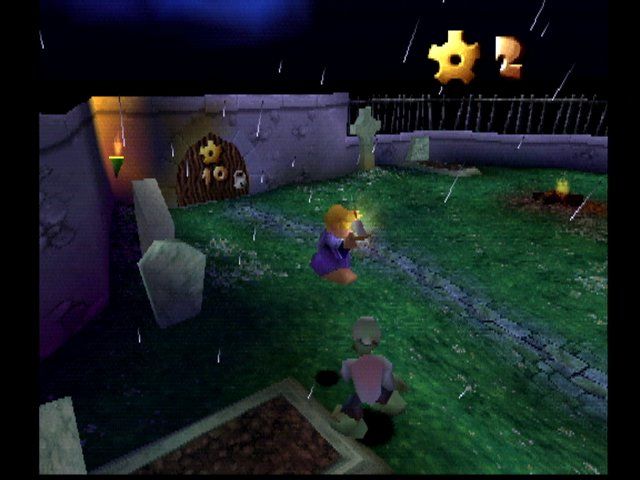 This is one of the rare 3D Platforming games which were better on the PS1 compared to the N64, but that's because the N64 version was canceled after it was already completed and reviewed (WHAT??!). In a weird twist, the N64 was finally published via a Kickstarter 18 years later.

Back to the game itself, you control one of two kids as they traverse a dream world in a 3D Platforming adventure that is fun at parts and completely boring at others. In my opinion, this game is a little better than Gex 2 but is outclassed by Gex 3 which is still not that good of a game. 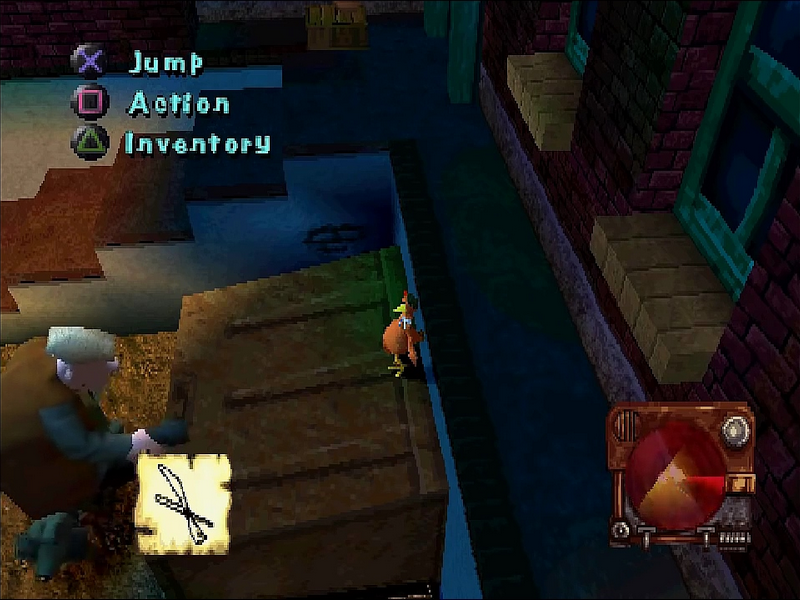 What the hell is a licensed game of a claymation cartoon about chickens doing here? I don't care what anyone thinks, but this Metal Gear inspired game about chickens trying to orchestrate their Great Escape is much better than it had any right to be.

Thanks to its original claymation aesthetic, the graphics in the game look good and faithful to the source material, which also includes the great voice acting that was originally made for the movie. As for the gameplay, it is basically inspired by Konami's masterpiece as you sneak around the farm looking for items to help achieve your grand plan.

Even if this doesn't end up qualifying for a top 100 place, it honestly is one of the best licensed games I played on the system. 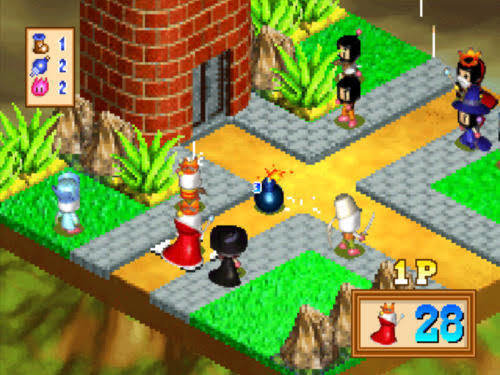 In an attempt to expand the appeal of their iconic mascot, Hudson Soft made several Bomberman spin-offs, most of which never left Japan. Bomberman Wars was a TRPG that I almost finished despite not understanding a single Japanese word. The characters were cool renditions of "Bombermen" with different classical classes and costumes (knight, mage, ninja).

A typical Bomberman match is actually very strategic since you need to always judge the best places to place your bombs, all the while continuously upgrading your powers. Bomberman Wars condenses that frantic action into turn-based strategy, where each class has a different bomb placement range and bomb power. Additionally, there are many special moves that can change the location of bombs, their fuse time, and or the direction of the explosion.

In my opinion, this was a really good idea that could have been expanded upon in future sequels. However, just as it never left Japan, this idea was soon forgotten. 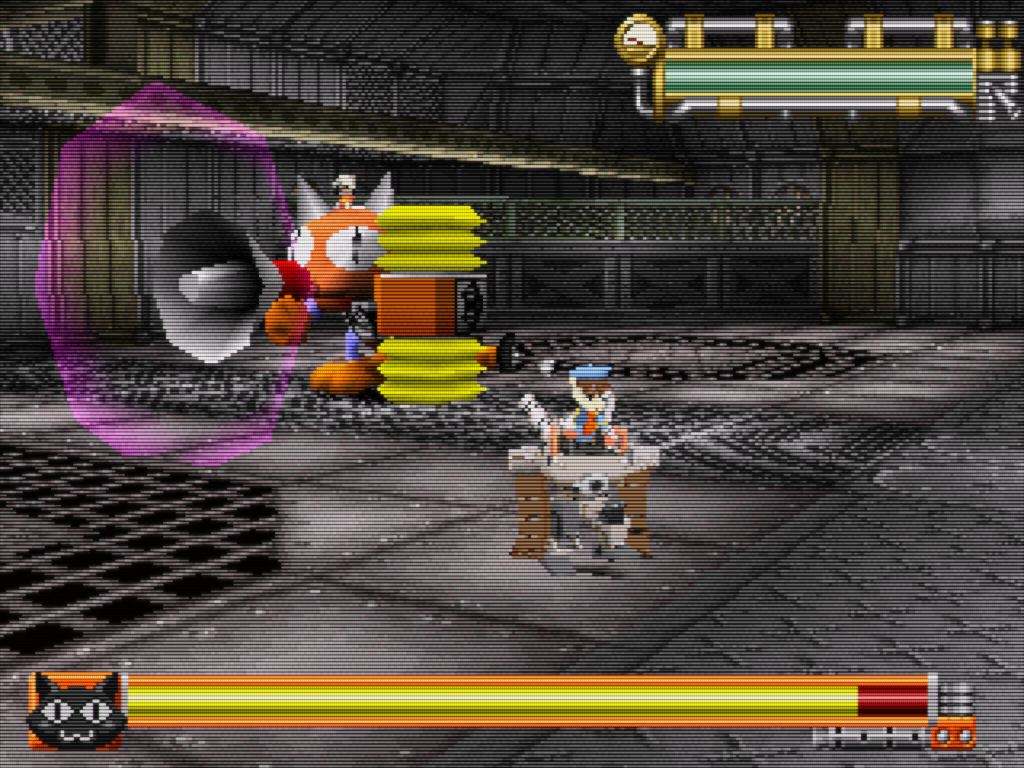 Here is a game that is obviously the passion project of someone. It has a unique world, with unique gameplay, and a lot of passion behind it. In fact, that passion eventually culminated in making Solatorobo on the DS, which is a much better game.

Tail Concerto starts really well, showing a world consisting of islands in the sky that invokes memories of Miyazaki's Castle in the Sky, except this is a world inhabited by Dog and Cat people.  Yet, despite all the charm and heart that went into making the game, I am afraid the game doesn't stick the landing.

After all, the game suffers from some downright stupid narrative beats that are not helped by limited gameplay in a world that obviously finished its budget in mid-conception. I am actually hesitant now if the game's faults are more forgivable for me given its ambitions, or if the game would have been better received by my much younger self back on the PS1 days. 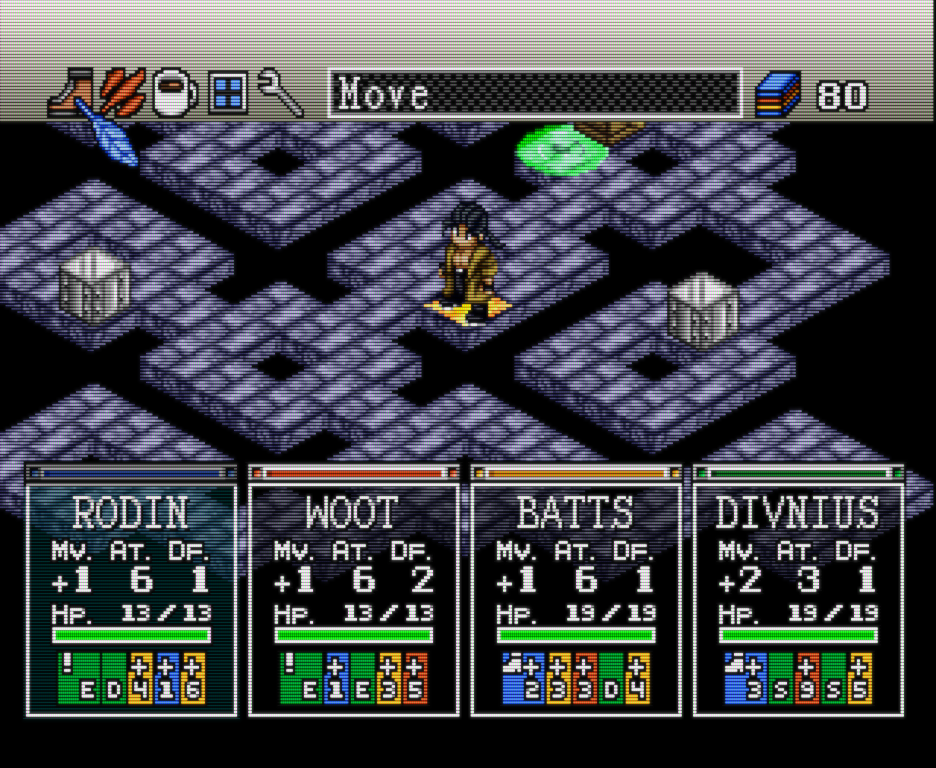 The best thing you can say about this game is that its unique. Each mission is almost always a group of four hunters vying to reach and extract a relic inside a dungeon. In each turn, you can move your characters a number of squares depending on your movement statistics, and engage with enemies or other hunters if you land next to them. Battles are a miz of dice throwing and card selection that is neither strategic nor fun.

The only way I can see anyone enjoying this VERY SLOW game is to play it against human opponents, at which point you can share the misery with your friends, and misery shared is misery diluted. 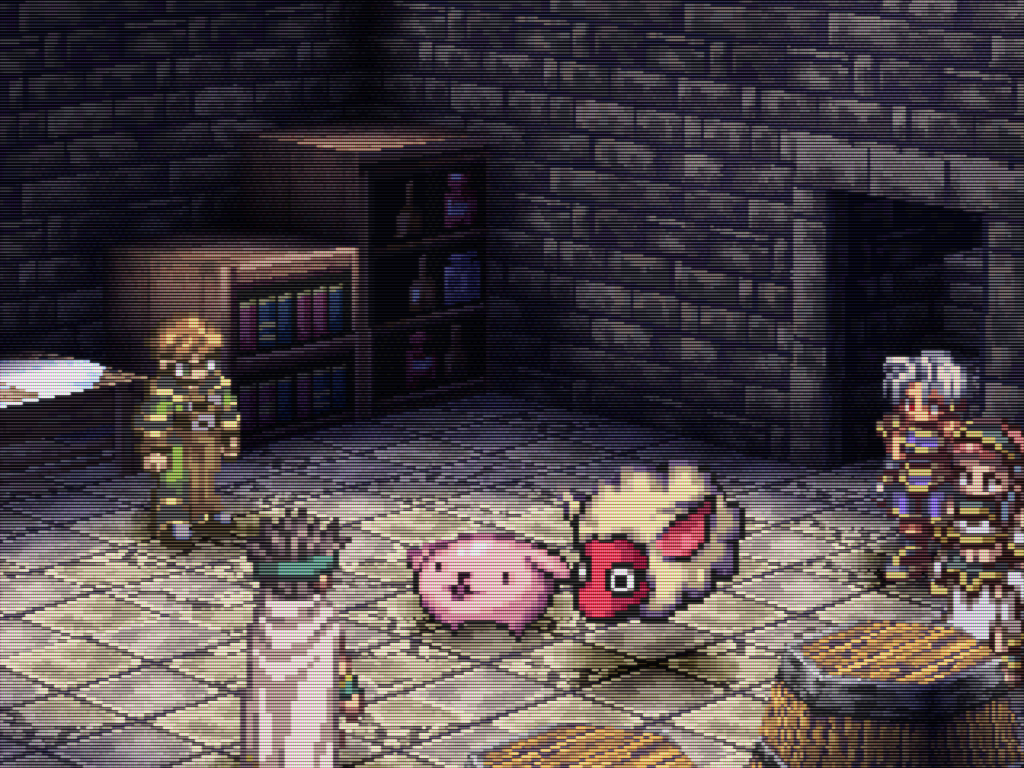 Initially, I thought that Eternal Eyes would be a hidden gem. It starts with an intriguing murder and a promise of a gritty and serious story. That is soon dashed by the introduction of a bunch of interchangeable kids right after. Still, the story could be a fun adventurous romp.

Unfortunately, that doesn't turn out to be the case, as the story progresses at a snail's pace and lets go of most characters to make room for silent Pokemon-like monsters. Yet, it is not the poor story that sinks the game, but the absolutely slow and mediocre gameplay that should be its saving grace.

There is no single element that is at fault in sinking Eternal Eyes in my view. This is truly a case where the game is so mediocre in its many parts that it becomes less than the sum. However, I think I may have brought myself to finish the game if not for its painfully slow-gameplay.

Truly, you can ignore a game's lackluster gameplay, but you can never ignore shortcomings that affect 90% of your time with the game. 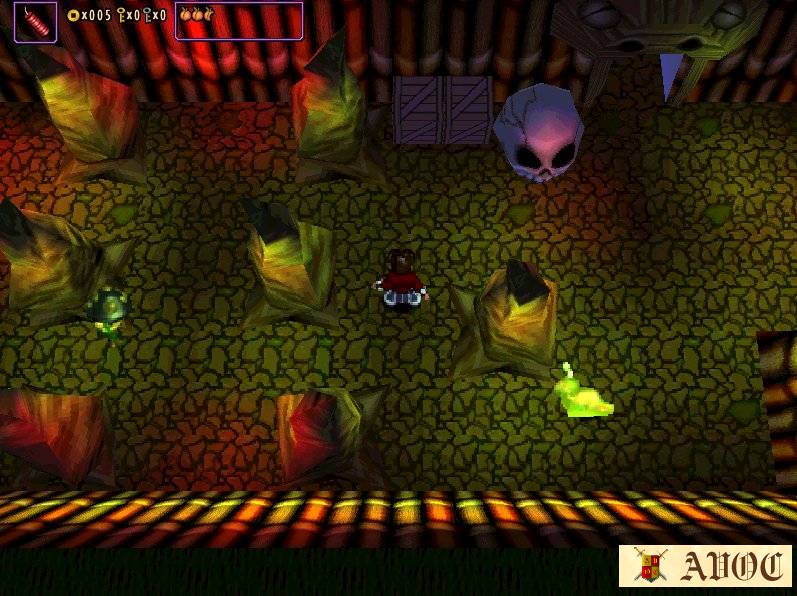 Imagine The Legend of Zelda: A Link to the Past but with much less charming graphics that didn't age very well, an unimpressive soundtrack, and some painfully slow gameplay and animations. Then, put in a by-the-books character in an unimaginative world fighting some unimaginative enemies.

That's basically Monkey Hero in a nutshell, as boring a Link to the Past clone as you can imagine. Usually, being a Zelda-clone is used as a pejorative for games that are perfectly good. Excellent Action RPGs like Soul Blazer and Terranigma were described as such, but both were great games.

I don't think it's negative to be inspired by such an iconic game as A Link to the Past.

However, in the case of Monkey Hero, it copies the basic formula of the game while downgrading every part of it. The end product is the skeleton of a good game with the flesh of a bad one, and once the flesh rots away, the bones crumble without the necessary support. 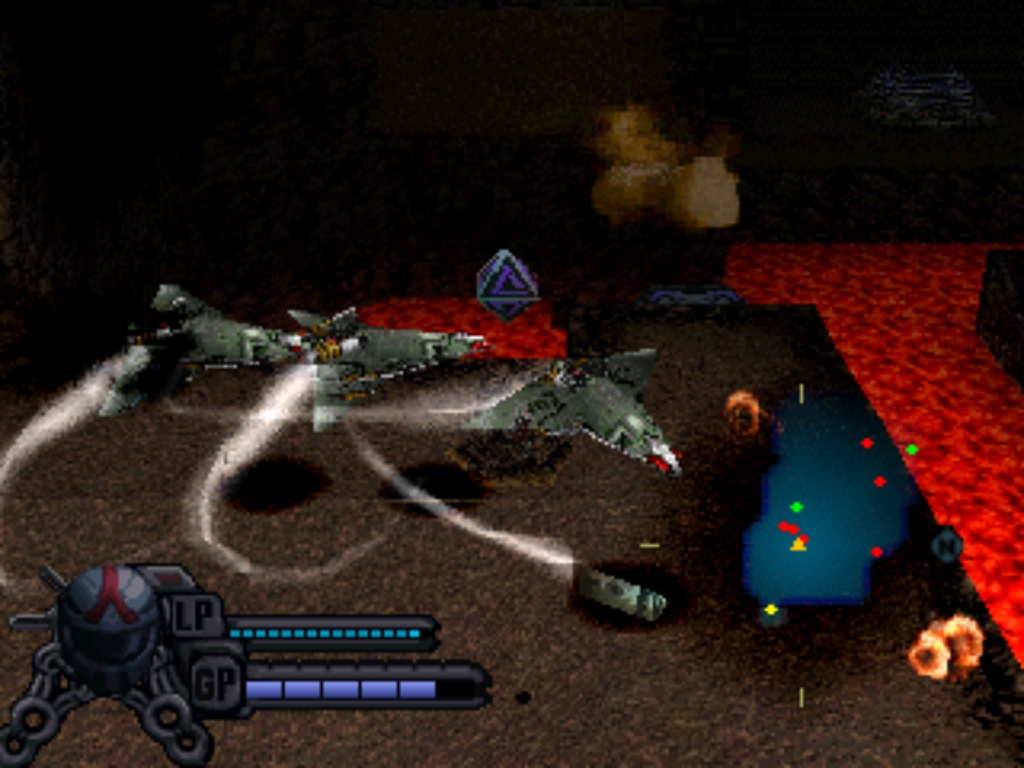 The first Blaster Master game was released in the second half of the console's life cycle, a little after most of its iconic early games have already been released. It managed to gain critical acclaim and a dedicated following because it used the console to its full potential while basically being a mishmash of genre ideas of many of those iconic games all in the same package.

Released in the late stages of the PS1 lifecycle, Blaster Master: Blasting Again was poised to do the same thing. Alas, the PS1 was a more complex console than the NES and the developers, Sunsoft, didn't have the same deft touch in everything they set to accomplish despite ultimately making a really good game.

Yet, beyond its gameplay (Which is good but not excellent), the game suffers from some boring design choices regarding its level and artistic design that keeps it from reaching the next level.

This report is a consolidated review of the additional list in my PlayStation 1 REVIEWS blogging series list. It features the reviews I made for the list but also has a brief paragraph about each game on the list that I didn't review. For games without an official review, the opinions I express are purely based on some little playing time and general research about the game and its reception at the time.