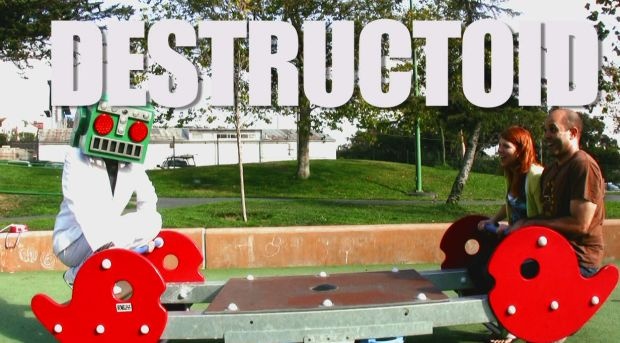 Welcome to my first blog. I'm a really old English guy who is going through a mid-life crisis. To give you some context for today's topic; I used to play a lot of fighting games but I don't anymore. Will Street Fighter 6 get me back into them? Not sure. A lot of what I liked about the genre is missing now but that's a story for another day (in short - the social aspect of actually playing in real life arcades). I played all of the main line Street Fighter titles and even most of the off-shoots, at least a little. Oh wait I lied, I played all of them until Street Fighter V, it’s the first one I skipped.

You Don't Get to Play Street Fighter 6, You Peasant

There was a Street Fighter 6 closed beta a few weeks ago, I signed up to it but I didn't get in. I didn't know at the time that you had to be a popular tournament player, streamer or YouTuber to be chosen, an 'influencer', in other words. Bearing in mind that some of these players got to play it even before the beta. Yes I'm jealous and it's not a big deal but it does make me pine for when hardly anyone got to play games before they were actually released. There used to be these things called 'Location Tests' for arcade games, an early version of, say, The King of Fighters '96 would be playable to the public for a short time. Not many people would get to play it for long and most of us wouldn't get to see them playing it, unlike the here and now because we have, you know, the internet.

If you are a competitive and insecure person, this could put you off getting the game since lots of players online will already be great at it. Am I speaking for myself here? Yes. My numbers may be wrong though; The pool of online players could be so big that I'm talking nonsense. It's offputting even if it's not true though, since I've been watching a hell of a lot of video footage of the game. So really I'm just doing it to myself. Also will I get bored of the game before it even comes out? Possibly. It’s happened before.

What I think of Street Fighter 6, So Far

I'm really looking forward to it, it looks like it's going to be great to play but I'm going to moan about it instead because that's more fun.

Firstly, the soundtrack is bad so far.... besides Chun-Li's song which is excellent. Let's review each track but bare in mind that I know nothing about music, so all I'll basically be saying is "this goes bang bang and I like it" or "this bloop bloop bit sounds bad". I got the song titles from YouTube so apologies if they aren't correct.

'Main Theme - Not On The Sidelines': It's the original trailer song, seemed pretty sweet at first but I've not heard it once since then. Loads of new videos and information about Street Fighter 6 came out soon after that trailer so we all moved on fast. It made me realise that main themes don't matter anymore, no ones going to leave the game idle to hear it again, it's not like it's an arcade game. The game's title screen probably won't even have music and will it even have an Attract Mode? The days of that Street Fighter IV 'Indestructable' song are behind us, not that I'm saying that song was necessarily good, but it certainly was an ear worm. So really 'Not On The Sidelines' is the trailer song, not the main theme.

'Ryu Theme: Viator': What the hell does 'viator' mean? No, I will not look it up. This song is Jazzy and very upbeat, and doesn't fit Ryu at all. Sounds like licence free music you get in the background of an influencers YouTube video. It was alright at first but it’s not impactful, I find it middle of the road.

'Jamie Theme: Mr. Top Player': This one's remarkably similar to Ryu's theme but somehow even more boring. You may think I'm being harsh, they don't seem too bad in isolation but compare them to many old Street Fighter songs and they pale in comparison. The II series, III series, they're all leagues above this rubbish. Have you listened to music from Street Fighter EX and EX2 lately? They will blow you away.

'Luke Theme: Taking Aim': My feelings for this one are the same as Jamies.

'Street Fighter 6 - Juri Theme: ÅrachniD**': You know 10 minute long tutorial videos titled things like 'How to Create a DubStep Inspired Song in FL Studio'? That's this song right here... is what I WOULD have said if I wasn't re-listening to this track right now and kinda getting into it. I haven't seen much Juri gameplay footage so I hadn't heard this song much, it's growing on me. Side note - I guess I've been looking in the wrong places because she's apparently the best character in the game, so far. I'd also like to point out that I like grindy, obnoxious EDM so your mileage may vary.

'Kimberly Theme: Ninjastar Pop': Listening to this on YouTube right now makes me realise I didn't notice this song once in the many hours I've watched people play this game. It's so generic that it's shocking. I take back what I said about Juri's song, this one must be from a beginners guide to FL Studio.

'Ken Theme: Spirit of the Flame': Sleeper hit? More like I fell asleep listening to it. Haha I'm funny.

'Blanka Theme: Zilra Zilra': Hang on, Blanka wasn't even in the beta. I've only just discovered this track while researching for this epic music review I'm doing right now. OK let's listen to it... It's terrible. Is this really for Blanka, it barely feels like it. Are those steel drums? I guess that's sort of Brazilian sounding. I'm starting to realise how similar most of these tracks sound from each other.

'Genbu Temple Stage Theme': I've only just discovered that there's actual stage themes, which I'm happy about. There's a lot of them though so I'm not going to bother covering them. In short, this ones not bad. I wouldn't listen to it on its own but I imagine it would be good for background music while fighting. Which, you know, is what it's supposed to be.

'World Tour Menu': It's funky and I like it, especially the bit where it's made to sound like you're listening to it from a loft above where it's being played.

'Battle Hub Main Menu Theme': Simple, chill, short and in a similar vein to 'World Tour Menu' but even better. This is my favourite song after Chun-Li's.

'Chun-Li's Theme - Not A Little Girl': And here it is. Why is this one so good? The start of it honestly gives me goosebumps. It has a robotic feel to it which fits because Chun-Li has a robotic look to her animations in this iteration of Street Fighter, especially when she walks forward. Please someone make a custom skin mod for her, Cyber-Chun perhaps. Her animation could be considered bad, James Chen of UltraChen fame said it is. Perhaps it is and it's certainly no 3rd Strike Chun-Li but my head cannon is that she's trained so hard that she's just very precise now... or she's a robot.

The response from that original trailer was that wow, they’re going back to the urban vibes of Street Fighter III - How absurd that now seems. All versions of Street Fighter III are more colourful than Street Fighter 6 and chucking in a vague graffiti motif doesn’t make it like SFIII. There is some kind of “urban” thing going on here but it ain’t SFIII. Street Fighter III is a jobless dude in the middle of the night putting graffiti on a wall because of his love for the art. Street Fighter 6 is a Happy Meal promoting a millionaire rapper who was created by suits. Oh dude I sound like I really hate the visuals! I actually think it looks perfectly fine and I’m getting used to it the more I watch it, just don’t compare it to Street Fighter III or I’ll try on you. Street Fighter III feels more… honest. It feels like it’s not designed by committee. It’s probably all nostalgia to be honest, since these companies were peddling things to me when I was young and naive.

Jamie: All of the new characters so far are cocky, up their own arses, Instagram loving wankers. Jamie sits at the top of this small pile of cocks. Even Juri has become this, with the win pose in which she looks at her phone. She gets away with it though because Juri's cool and she's supposed to be an evil, obnoxious pain. It's a shame Jamie is annoying because I'm a fan of drunken boxing fighters or whatever they're called. He also looks like a Martial Masters character, dodgy animations and all. OK that's a little harsh, it's mostly his walk animation I'm talking about which is perhaps intentional but it looks goofy to me. By the way I’m not dissing Martial Masters, it’s actually not bad to play and is visually nice in many places.

Kimberly: One cocky character is enough but here's another for you. Vague shadows of Guy are present because she's from the same ninja clan, or something. I would have preferred Guy to just come back. Kimberly's not too bad but she's a bit over designed, in my opinion. She's a young, cocky ninja who listens to a Walkman and has spray paint cans for graffiti. They shouldn't have bothered with the cans. I know it's a part of her mechanics, what I mean is they should have got rid of them early on in her concept phase. Guy's design quirk is that he's a ninja who wears trainers... that's it. Imagine if when Final Fight came out, Guy also hit you with a smoking pipe and rode a Unicycle. Just add an eye patch and a possessed demon arm and we've got a Guilty Gear character. Also I’m not a big fan of Kimberly's idle animation, I mean it's alright but there's something, I don't know, rubbery about it, it's a bit over the top.

Luke: Redesigned since Street Fighter V but I didn't play that game so he's a new character to me. Personality wise, again, a cocky bastard. I guess that's what's cool nowadays? Over confident, in your face attitude. If these new characters were real people, they'd have their own make-up brand that vanishes after it's found out to be a scam.

The rest of the playable characters... ummm, they look fine so I have nothing to say. I'm a miserable sod who only wants to complain. Ryu looks great, alright? There you go. Hey man, it's a lot harder to be positive about stuff! After all that moaning I need to point out that the game looks sick, I love it.

- Until next time - farewell.