This past E3, Microsoft began their conference with an excellent trailer for the next Halo game:

There really isn't much to off of in this trailer. It's very much a teaser. It primarily exists to show off the sexy graphical capabilities of the new engine (which is really impressive, in this brief teaser).

What do we know?

First and foremost, this actually takes place on a Halo ring. At least for some small portion of the game. This hasn't occurred since Halo 3. The music and art direction are also extremely similar to that of Halo 3:

This is obviously a declaration that 343 Industries is attempting a return to form of sorts for the franchise. They have spoken openly about how the next game will be based around Master Chief. They admit that spending so much time as Locke in Halo 5 was a mistake. I would also wager that we will see the gameplay revert to something more closely resembling Halo 3. I wouldn't be surprised if they removed that enhanced movement mechanics from 5. Perhaps they'll even ditch armor abilities. If the planets align, we could see a return of dual-weilding!

But here's the big question. Why is it called Halo Infinite and not Halo 6? Surely this will not be the last game in the franchise. Why call it Infinite?  There must be a reason. Here are some possibilities: Maybe Infinite will have a procedurally-generated challenge mode. A sort of rogue-like system that you can literally play forever if you are good enough. Doom 4 (yes, I'm calling it that) has a super interesting mode in which you can design campaign missions. Since Halo 3, Halo has had a multiplayer map editor of sorts called Forge. But what if you wanted to build entire single player campaigns, with Covenant, Flood, or Forerunner enemies? This is the next logical evolution of Forge. If technologically possible, I really think that this is where 343 will take Forge in the future. If anyone can build campaign levels, and anyone can play those levels, the game truly would become infinitely replayable. 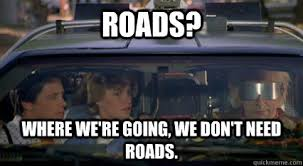 What if time travel becomes involved in the story? Hear me out. What if Chief tries to reverse time to before Cortana went rampant? Maybe he is caught in a time-loop, and he faces the same challenges infinitely?

We must discuss the possibility that Halo is taking inspiration directly from Bioshock Infinite. If parallel universes are introduced, there would be infinite Halos.

At the end of the trailer, we see Chief plug an A.I. into his suit. Presumably, it would be Cortana. What if he jacks her in and then she puts him through a series of infinite virtual combat scenarios. She's mad, right? Like, crazy. Perhaps she just wants to go back to the good old days when she was helping Chief fight off the Flood and Covenant. What if she makes him fight through fake scenarios with her forever?

I really don't know why Halo 6 is now Halo Infinite. You know as much as I do about it. But I thought it would be fun to talk about. What are your theories? Why is it called Halo Infinite? What direction do you hope they take the series with this next entry?