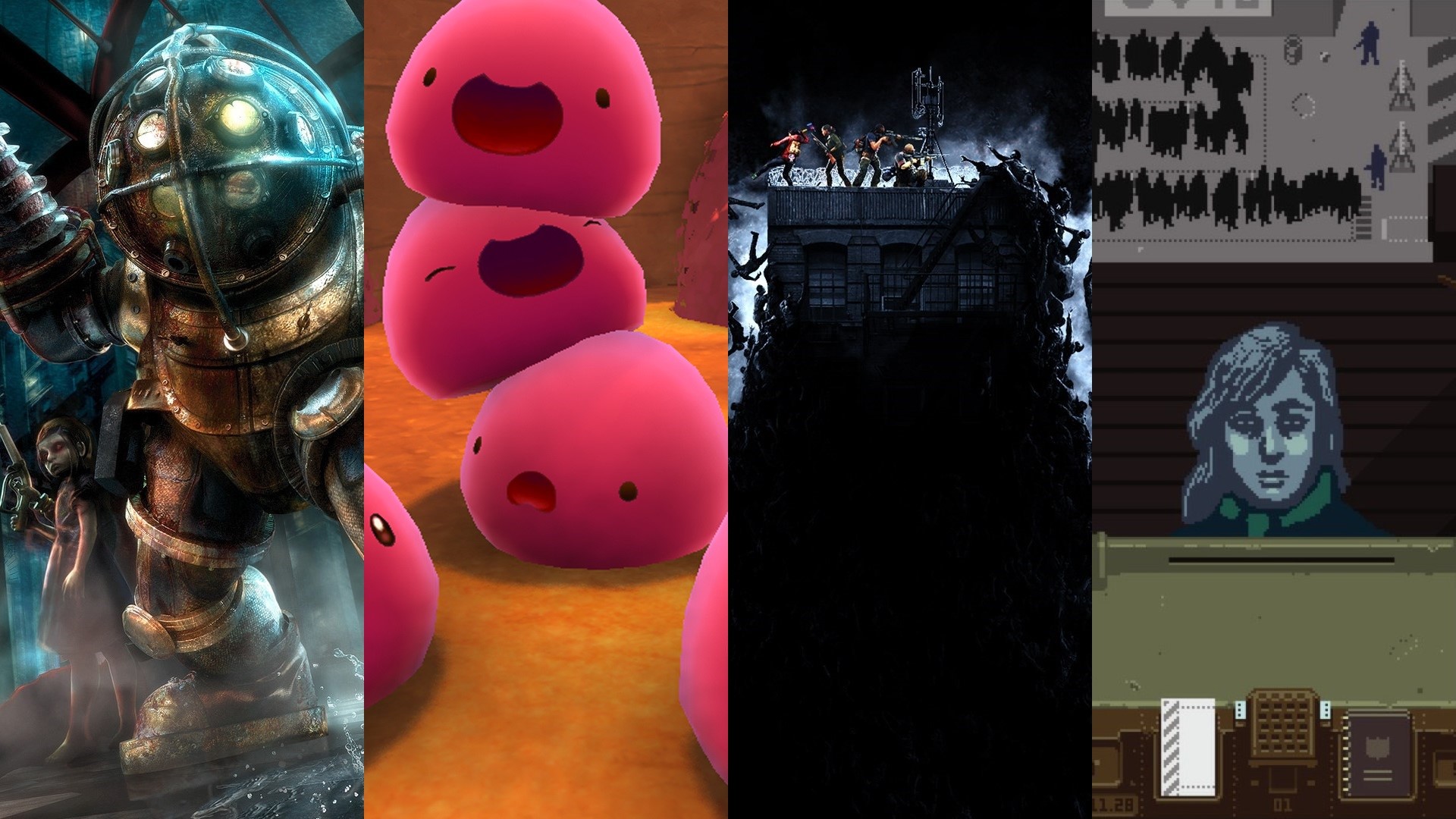 Welcome to a new set of entries into the BRG Collection. The rest of the games in my ongoing list can be found here or at the bottom of the blog. With that said, here are entries #33-36.

Few games are as influential or talked about in the 2000s as Bioshock. Even to this day, its influence and maturity can be felt. Its setting and art direction is unique like few others, the combat is open-ended and enjoyable from multiple angles, the morality-based choices and plot tackle heavy themes, and the game asks the player to think about their actions in a game. Bioshock is one of those games that people can point to when others begin to question whether this medium is considered art and say that it unequivocally can be.

One would think the mixture of exploration and adventure with farming wouldn’t work because of their contradictory nature. But like chocolate and pretzels, Slime Rancher mixes the two together to satisfying effect. Going out and exploring the world of slimes to pick up resources for building and upgrading a farm back at the base is an addicting loop that can easily turn one hour into five. Plus, its upbeat vibes and cutesy aesthetic can easily put a smile on anyone’s face. Ranching slimes can be hard work, but it’s also hard to stop because of how much fun can be had.

Ever since the release of Left 4 Dead, many developers have tried to capture that magic in a bottle to varying degrees of success. It’s a saturated market, so the game needs to stand out in some way to make an impression. Saber Interactive’s World War Z is one such case. Zombie hordes are massive to the point where they can pile onto each other to get over walls, and traps can be placed to hinder them. Also, this game includes classes and RPG leveling mechanics for better replayability. World War Z is one of the most evolved forms of the Left 4 Dead subgenre, and it’s one that is fun to return to time and time again.

People often play video games to escape from their work, but what about a game that takes the work life of a passport checker and puts the experience on its head? Papers, Please asks the player to check passports in a country not too different from Eastern Bloc countries in the 80s. Despite how boring that may sound, this game not only turns passport-checking into an engaging puzzle, but also adds a lot of nuance and morality to the situation. The papers may be black-and-white, but the people behind them aren’t, and Papers, Please challenges if the passport or the person is more important.