My Top Five Anticipated Releases of May 2022 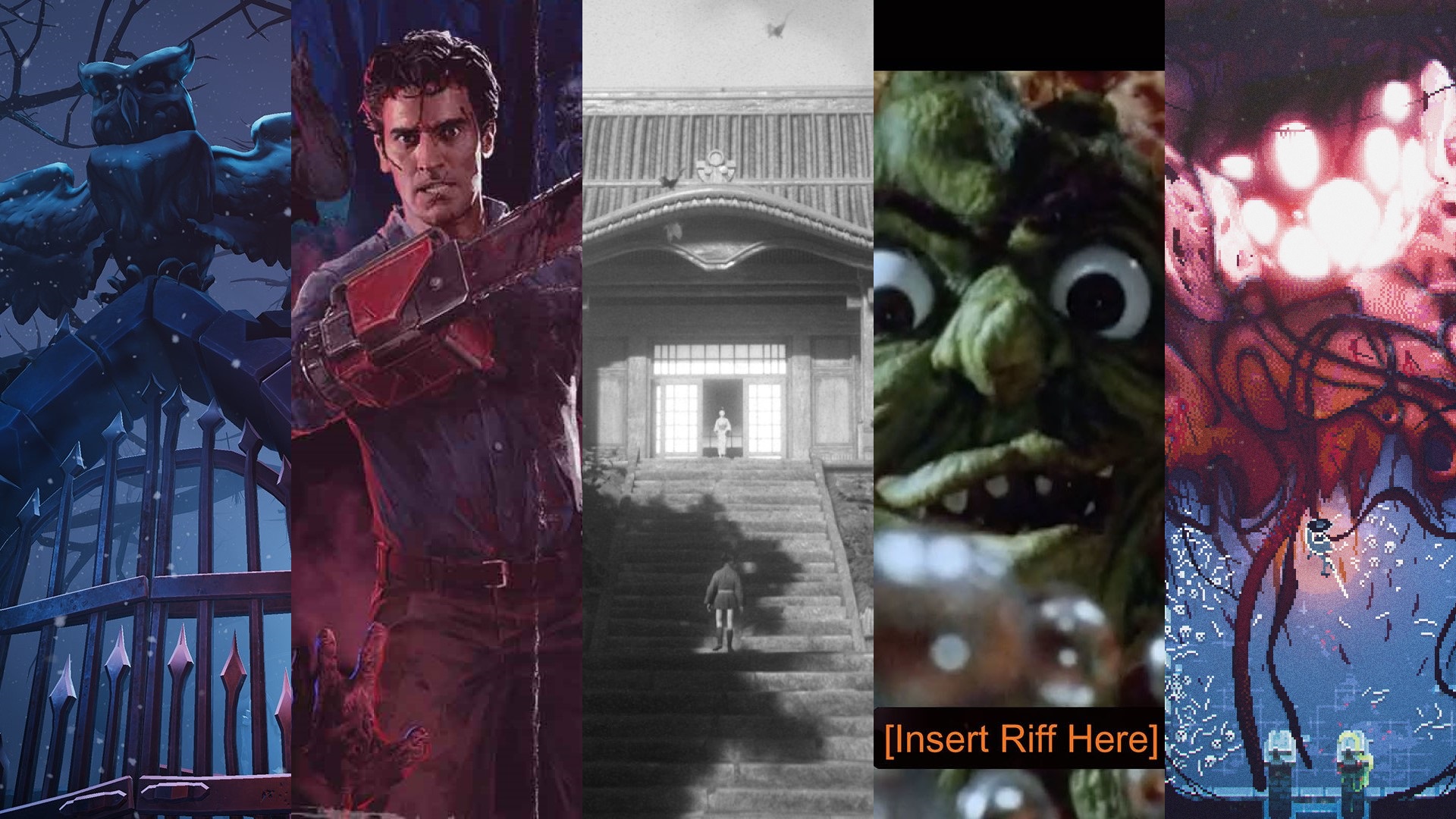 The long month of May is upon us, but before we can celebrate Cinco de Cuatro, it’s time to look at the upcoming releases of this month.

The game has to release on at least one major systems (PC, PS4, PS5, Xbox One, Xbox Series X/S, Switch). I do not count re-releases or remasters, but I may make an exception for remakes. I do count games either entering or exiting early access, though I will lean towards the latter. If a game has multiple release dates like Destiny 2 or GTA 5, then I will only count the earliest release date. The exception to that is if the game has a pre-order bonus of entering the game early, in which I will count its normal release date. If I put a game in my top five but its release is delayed, I will not qualify it for the top five for its new release month. Finally, it has to be a game, not a DLC. With the rules out of the way, here are my top five anticipated titles of May.

RiffTrax: The Game is a party game by Wide Right Interactive about inserting your own lines into old movie clips. I’m a big fan of the Jackbox games, and I think taking that formula and applying it bad movie clips sounds hilarious. My one point of skepticism and the one thing holding this game from being higher on the list is that answers are put through text-to-speech which I think won’t be as funny, but hopefully I’m wrong on this. RiffTrax: The Game will release on the 5th for PC, Switch, PS4, and Xbox One.

Evil Dead: The Game by Saber Interactive is a survival horror asymmetrical multiplayer game set in the Evil Dead universe about Ash and friends trying to close the breach between worlds. I have yet to watch the Evil Dead movies, but it’s an IP I’ve been interested in for quite some time. My experiences with asymmetrical multiplayer games so far (Dead by Daylight and Friday the 13th: The Game as far as I can remember) haven’t been hits for me, but I think the gameplay in this one looks more fun and engaging than other asymmetrical games, even if the combat doesn’t look quite up-to-snuff. Evil Dead: The Game will release on the 13th for all systems.

3. We Were Here Forever

We Were Here Forever by Total Mayhem Games is a co-op first-person puzzle game about two prisoners attempting to escape Castle Rock. I only recently learned of the We Were Here series, but I think it looks like a lot of fun. I can picture me and a friend getting really deep into the story and puzzles this game has to offer. I also haven’t really had the escape room-esque experience with video games before, so I’m interested in trying something new. We Were Here Forever will release on the 10th for PC and at a later date for PS5, PS4, Xbox Series X/S, and Xbox One.

Leonard Menchiari and Flying Wild Hog’s Trek to Yomi is a side-scrolling samurai action game about a samurai taking revenge for the townspeople he swore to protect. From the moment I first learned about this game, I fell in love with its cinematic visuals. The black-and-white color palette, framing, backdrops, and lighting speaks to a game honoring the samurai films of old. I also think side-scrolling sword combat sounds fun, and I’m interested in seeing where the story and character goes as he walks down his path of revenge. Trek to Yomi will release on the 5th for PC, PS5, PS4, Xbox Series X/S, and Xbox One.

Straka.studio’s Loot River is an action rogue-lite where controlling the platforms of the world is just as important as controlling the character. The idea of moving around the tiles of the level sounds really interesting, and I love it when games try something unique in a way that flips conventional strategy on its head. Plus, I think the art style looks neat and I’m interested in seeing the permanent progression this game has to offer. And as a side note, this game is being published by the Superhot team, which I think is rather peculiar. Loot River will release on the 3rd for PC, Xbox Series X/S, and Xbox One.

Here are some more interesting titles releasing this month that didn’t quite make the list.