Voxels are pixels with virtual mass or volume. They are a kind of evolution to the pixel in a lot of ways. The parameters in which a 3D body will interact with an environment so too will voxel bodies on a pixel level. That's like the cellular level of 3D objects maaan. That's deeeeep.

Cube World is like if The Legend of Zelda on the Super Nintendo Entertainment System has a love child with Minecraft and that baby was voxels maaan. It's deep. When enemies die, the like, fall apart into a shadow of their former self, that's deeeeep. So deep in fact that in Cube World you can like, tunnel to hell. That's as deep as you can get without like, comming out on the other end of the sphere on that hemispheres deep end, you keep going, you get shallow and voxels are anything but shallow. It isn't about how they look, it's about how they interact or if you want to go deeper how the user, the gamer, the player, interacts with voxels in their environments. That's like if in the movie Inception, they all stopped for a moment to watch the movie Inception right when all the kicks are triggering during the climax of the film, voxels are that level of deep. 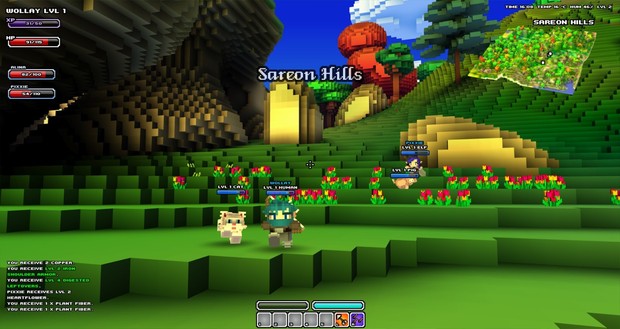 Cube World is going to be a breakout success without question. i look forward to it.

Wollay's Blog - The place to check up on Cube World's developer and development:
FOR CUBE WORLD INFO CLICK HERE

For Star Bound information:
STAR BOUND IS CRAZY, CLICK HERE TO CHECK IT OUT

Gonna love it. Gotta do that. Check the things out.
Get hype, feel love.

THROW A MOOSE (that's Canadian slang for have a good breakfast and feel good all day. <3)