10:14 PM on 10.13.2012 (server time)    0
I remember when survival horror was actually kind of spooky. With that said, I was also the kind of kid who would peek through his fingers during the cartoon Ghost Busters Animated Series introduction. Fucking ghosts flew at the screen. 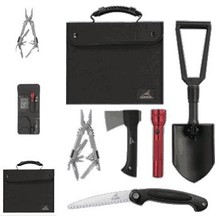 Also, Fantasia with those harpy tits - the faces were fucking scary.

Now, what scares me is the idea of have to do without the bounty I just spent four hours cultivation. What's scary is the idea of going broke and having everything I've worked for destroyed. And you know what? That's a genuine terrifying thing.

As I've gotten older I've learned that everything died and decays. When I realized that everything that was once alive becomes dead and is gone, I began to think, "What would life be like if who you thought you were died... but you were still alive?"

Luckily I began to play Minecraft around the same time I would have started having a personal crises of identity. It came up at a time that felt so real and well meaning.

After my first house burnt down I switched to stone, after stone, I made a ladder and built in the sky. I'd lost everything too many times and learned the lessons that go along with it. But I also learned how to play, what to do, and all by doing and playing. There were no tutorials, no readings, maybe some Internet searches but I had to want to find out. It was rewarding and with each update it was like that same odd unknown becoming known again.

Then Day-Z. It was THAT experience but so much more real and extreme. Having to find your friends, wanting to stick together, wanting to do well and make it out together. It was a whole new experience. Something about it was more frightening than anything I'd ever played. Dead Space 2 at 3a.m. in the dark with headphones, System Shock 2 at midnight on a school night - nothing compared.

And for me, these experiences beg the question, "Is survival the new horror?" and to this question I ask, "When did the idea of just getting by become so frightening?".

This is a wonderful trend in video gaming. Where MOBA can become too formulaic and boring, survival games are going to be uniquely refreshing and new experiences. This is already true. Survival is as terrifying and frustrating as it is rewarding and wonderful. I want to see more of it and I know I am not that only one.

I want to see what CUBE WORLD is going to turn into, I want to see where STALKER and FALLOUT are going to take it. The stage is set and advances have been made and oddly, I think we owe it to a lessoning on GRAPHICS MAKES PERFECT. The constraints and contrasts, and the indie explosion has made gameplay a more refined and enjoyable experience.

Video games are fun again, and not just for me. Everyone who plays is having more fun now than they have had since 1997. Real fun and genuine experiences are being had.

It is a really, really, - really good time to be someone who plays video games.
Login to vote this up!