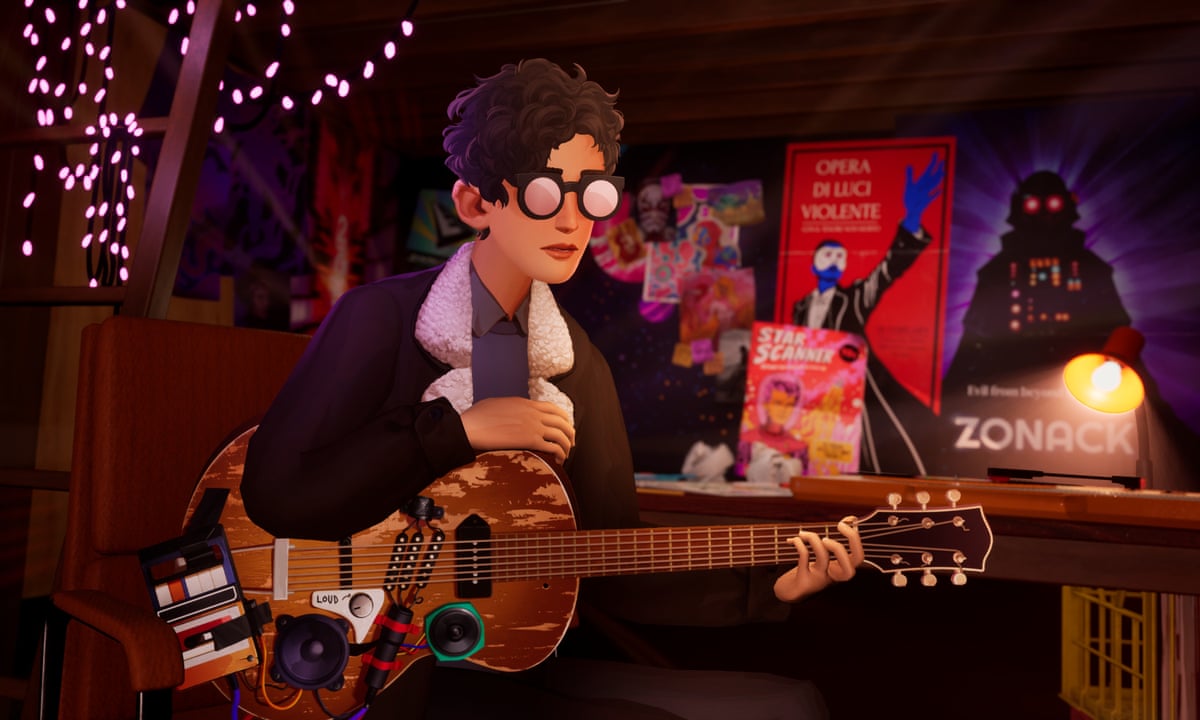 The Artful Escape’s psychedelic presents the sci-fi escapades of Francis Vendetti, a musician  who lives under the shadow of his famous folk musician uncle.  Francis is burdened with the public’s expectations of following up his now-deceased uncle’s career, yet secretly, he wants to be a glam rocker.  The Artful Escape is a short title centered around Francis’ struggle with being transported into outer space, in a journey of self discovery of who he wants to be as an artist.  This struggle with identity encapsulates how I feel about The Artful Escape.  Unfortunately, as an interactive medium, it fails to engage, with a misplaced emphasis on aspects that does not do well.

I enjoyed the unique concept of the Artful Escape, but mechanically, it stretches the definition of being a video game.  There is seldom anything resembling gameplay here, and the only real interactivity within this game is choosing different dialogue options, which are few compared to your traditional “walking simulators”, and walking from point A to point B while holding down a button to wail on your guitar.  Occasionally you will have to make a short jump, but there isn’t a single section here that requires any sort of brain activity.  These simplistic platforming sections are functional, but do nothing to add to the experience, and feel like filler stretching far too long.  With the majority of the game’s interactivity feeling inconsequential, I questioned throughout my playthrough why the game’s creators decided to make this idea into a game rather than an animated short or honestly any other medium.  The great thing about video games, is they allow an audience to more actively interact with the medium than one can do with literature or cinema, where one cannot be anything but a passive consumer. With the Artful Escape, this interactivity is a burden, and akin to watching a loading screen in the middle of a charming short film.  Sure, you can hold down a button to play your guitar while walking through the extremely limited platforming sections, but this is not interesting to perform on a mechanical level, and does nothing to add to the game’s narrative.  They add nothing that cutscene would not have established. The platforming sections are visually interesting, but fail to engage mechanically

This lack of interactivity weighs down the charm of this title, and there are other narratively focused games that pull this off better, with better dialogue variety, more investing interactivity with the characters, and no wasted time trying to pretend to be something it is not.  The Artful Escape pads out sections with the pretense of being a platformer, and outright fails in that regard.

For a game so focused on the struggles of an upcoming musician, the music choices here seem like a missed opportunity.  Aside from a fittingly folksy title track, there is not much variety in the musical pieces that accompany Francis’ intergalactic travels beyond an endless loop of guitar wailing.  The music that the player actively creates is quite repetitive, and I do not understand why the developers decided to try to turn this into a platformer rather than pivoting towards more involved rhythm game segments with greater musical variety given the narrative at hand here.  Once credits are rolled, the only interaction players will have with Francis’ guitar is by holding X throughout and the jam sessions, which are sequences less than 15 seconds in length and are merely an exercise in matching the three button sequences of other characters. 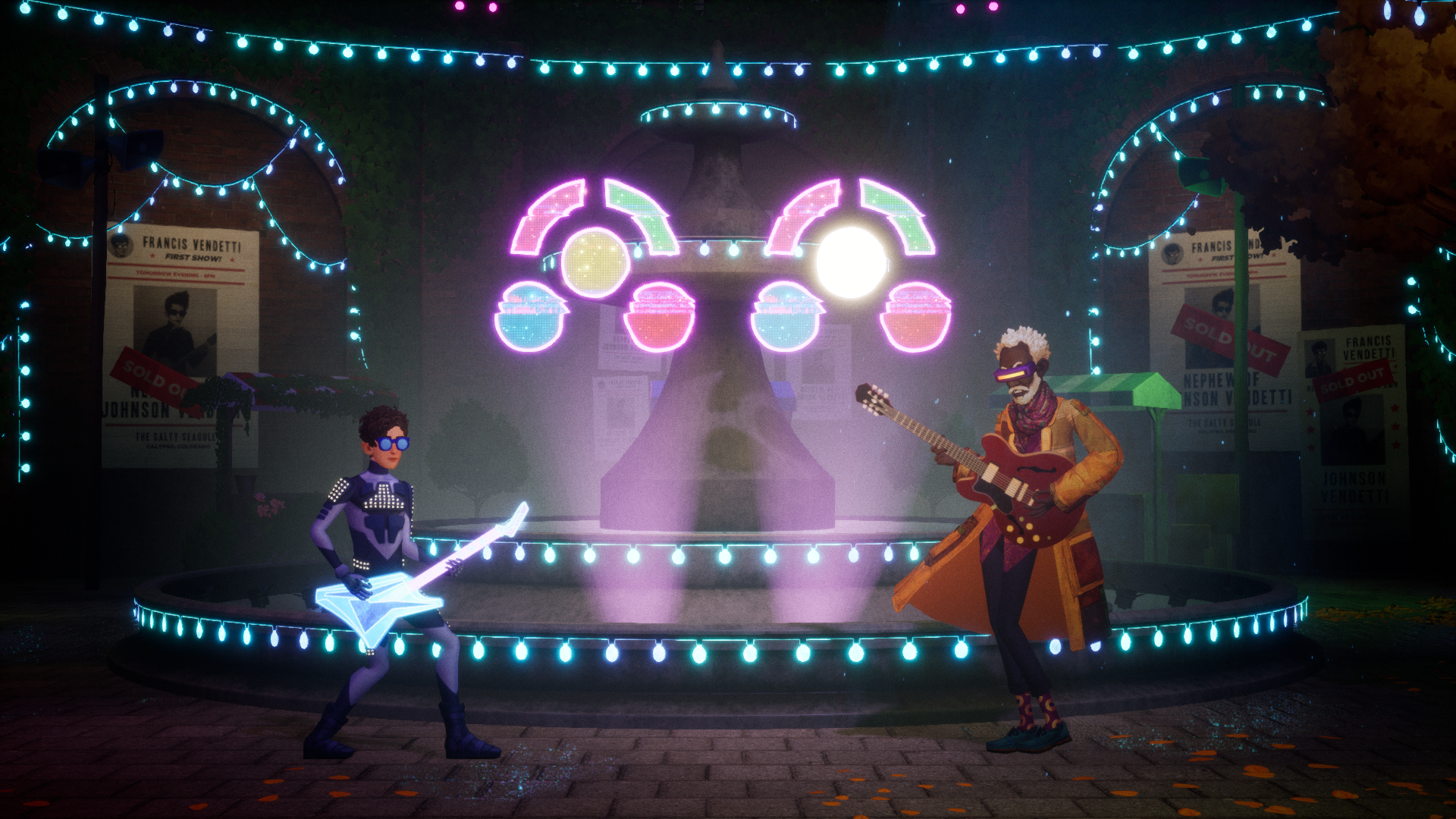 There are brief rhythmic sections, but they are far too simplistic

Your experience with The Artful Escape may depend on how you look at the medium as a whole.  For those content with a breezy experience through intergalactic locales, The Artful Escape may hold some appeal.  Anyone looking for something they can engage with on more than a passive level will be disappointed.  The Artful Escape does little to justify its identity as a video game, and feels like a short film with shoehorned interactive components to pad out the runtime and justify the price tag.  This game is beautiful, but only superficially.