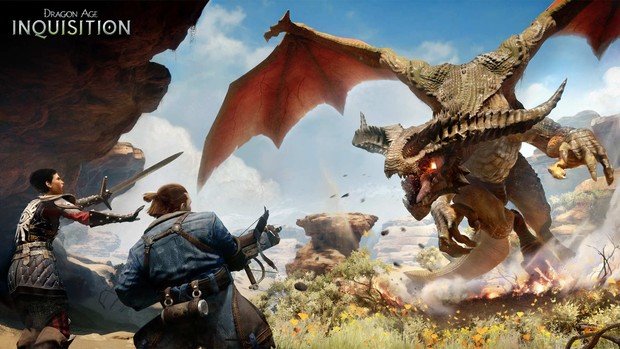 OK. I'm back. And I've spent over a hundred hours and finished my first playthrough of Dragon Age: Inquisition.

I could write about this game endlessly, but I've decided to restrict myself to two posts. This one will cover all my gripes and dissatisfaction. The next post will be about the good stuff (and there is a LOT of good stuff to talk about). So let's get to it.

Note: I've played all Dragon Age games (including this) on PC only and in hard mode. I'll also try my best to avoid spoilers and mark them if I have to discuss them.

Is just so bad on the PC. Seriously. Why would you map 'a' and 'd' to swivel instead of pan? That's the first thing any seriously player should rebind. 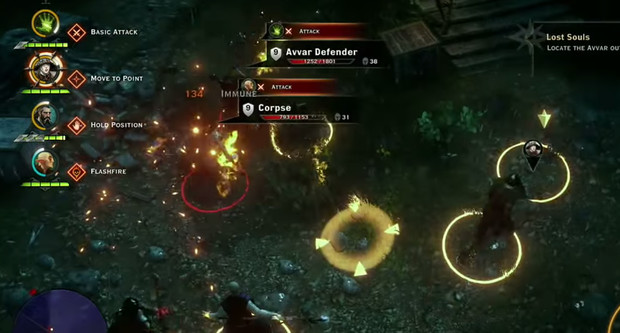 Yes, this picture was taken on a console. It's someone else's game. I google my images. #shame

It doesn't zoom out far back enough to get a good view of the battlefield. Sometimes, it'll even stay below the plot item that ends the combat. So you can't even close the freaking rifts.

I've played this for a long ass time, so I should be more specific about the how terrible the zoom is: If I zoom out with the right-mouse button, it doesn't zoom out far enough to show the rift. BUT if I go into overhead mode and then zoom out using the left-mouse button, then I can just see the rift. Which is so freaking annoying because in every other part of the game, you use only right-mouse button for moving the camera. And, of course, using the scroll wheel to zoom in and out will take you in or out of the tactical mode... so scroll wheel is not a real zoom option. Gah!

And get this: I can't select more than one character at a time. I can only move them individually. Plus there is a bug (thankfully will be cleared up in an upcoming patch) that when you single-click the character's portrait, the tactical camera re-centres on them. Then you have to go through the painful processes of panning the camera back to where the action was (because remember, it doesn't zoom far back enough).

Compared to this, I had absolutely no problems with Dragon Age 2's tactical controls.

Inon Zur didn't return after Origins and 2 to score this game. And I can tell. It's not that the background score is bad. It's definitely serviceable. But it is not memorable. I honestly can't even hum the main theme of Inquisition, whereas both Origins and 2 had strong motifs.

Having said that, there is one aspect of the music that is excellent and I'll cover it in the next post.

Inquisition is NOTHING like Dragon Age 2. They even tossed out all the good stuff.

This was my biggest concern going into Inquisition: that in their zeal to “learn” from Dragon Age 2, they would throw out the baby with the bathwater.

In many ways, this fear has been validated.

In Inquisition, the bad guys are all moustache twirling, I-will-end-the-world type pure evil villains. All of them.

Dragon Age: Origins had Loghain and Branka. Dragon Age 2 had the Arishok, Mother Petrice and even Meredith and Orsino. None of them wanted to end the world. All of them wanted to make it better. But they were each stuck in their ideologies so much that time and again they would cross the moral horizon “for the greater good”. 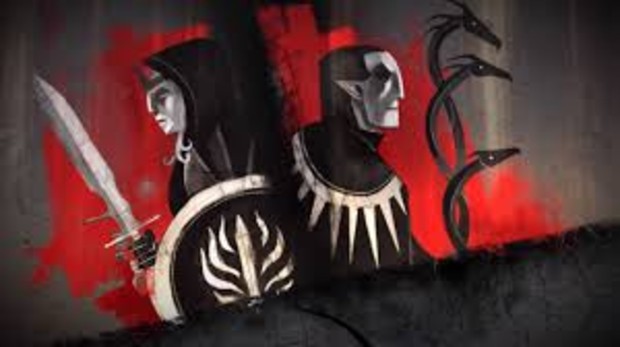 Very grey characters, inspite of the fact that they are painted black and white here.

This led to more than a few reluctant battles where the villains were very human and relatable but we were still forced to fight them.

But apparently this irked the conscience of a few players, who complained loudly enough to Bioware that they didn't want to think about who they were killing, only about how they were killing.

And Bioware replied: Yea and we hath heard unto our fans and to them we saith, Rest thine conscience for each enemy thou slayest shalt be deserving of naught but death.

And so it is. There are lots of demons, and they are of course pure evil (even when other parts of the narrative are telling you otherwise!!). And any humans who oppose you are pure evil, because why not. Even the animals you kill are all “corrupted by the rift” and hence pure evil.

Seriously, there is no nuance in this game when it comes to villains.

Another instance of the game moving (to its detriment) completely opposite of Dragon Age 2 is companion approval. In DA2, there were many time when your companions challenged your understanding of the world. They spoke up more than your Origins companions. They forced you to confront your ethical ideals and the logic behind them. And if you disagreed with them, they would disapprove.

But in Inquisition, your companions are obsequious to the point of dissonance. During one companion quest, I made a decision which resulted in my companion losing something that they had a very strong emotional attachment to. When the cutscene finishes, that companion is visibly rattled and grief-stricken. And how does that affect my approval rating? I get a message on screen saying “[companion] Greatly Approves”. 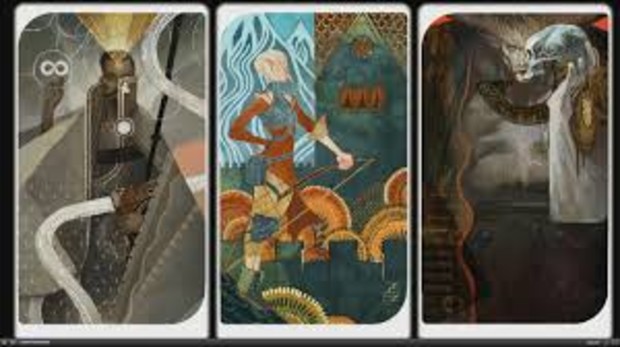 So you can influence them but they won't challenge you. We have gone back to Origins' style. You are once again set apart as “special”. Of course everyone should listen to you and adjust their life accordingly. Seriously, who wanted this? :/

The Hinterlands is a massive and gorgeous area with tonnes of sides quests. It'll take you well over 30 hours to clear all of it. And those 30 hours will bore the pants off of you. 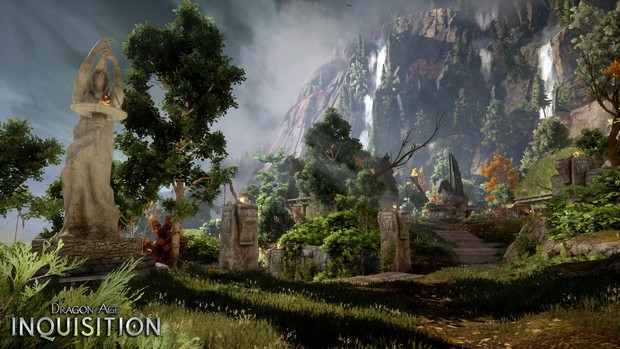 So beautiful and engaging. But only for the first 20 hours.

We all know exactly why they made the Hinterlands (and other large areas). Because if they hadn't, the critics would have (preemptively) panned the game and declared the entire series “dead”.

But in doing so, Bioware lost the tightness of its narrative. This is very much a case of the audience not knowing what it wants. Because what is the first thing we hear upon release? That players are bored of or burnt out on the Hinterlands. I say good. Those players were (in every sense of the phrase) asking for it.

From technical missteps to well-intentioned but flawed design decisions, there are plenty of reasons why Dragon Age Inquisition is not a perfect game.

Nevertheless, it is one of the best games of this year. I intend to play through it at least two times more in the upcoming months. Why? I'll cover that in the next post.