2012: The Year I Discovered Independent Gaming

11:22 AM on 12.05.2012 (server time)    0
Going into this year I had no big expectations for big name gaming releases, The Last Guardian was nowhere to be seen and seemingly sinking, BioShock: Infinite was already looking to be delayed and I had no interest in the big name AAA titles that were in the pipeline. My focus for the first time was in the independent game market. I had already been captivated by the trailer for Journey and was looking forward to the oft-delayed I Am Alive, for me 2012 was the year I discovered a different side of gaming. That being said my most memorable moment in gaming comes from the 2D Puzzle Platformer Fez. 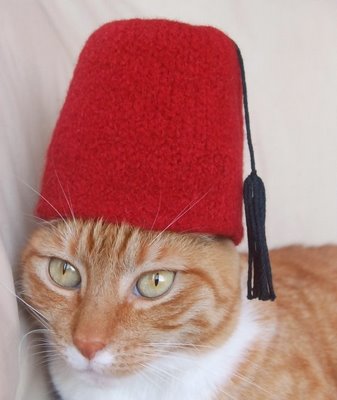 My roommate decided to get Fez after I downloaded the demo and we all fell in love with the games calming power. Taking turns we each made our way through the mysterious society, continuously being marveled by the ingenuity that Phil Fish put into each of the levels. One by one we each beat the game and for most moved on to other games. But I was so in love with the feeling of a relaxing video game that didn’t make my heart beat become jacked due to getting shot from 4 places at once that I continued to play the game past the story ending and started to pursue the elusive 32 Anti-Cubes. For those who haven’t played the game, the Anti-Cubes are Fez’s equivalent to the other 64 stars in Super Mario Galaxy. More challenging to get and not necessary for completing the game, but rewarding for fans and able to extend your gameplay time exponentially. Slowly I started gathering the cubes, and when I say slowly I mean there would be some days where I wouldn’t get anything and play for two hours without making any progress. For I knew where I had to go to make progress in my quest but I had no idea how to go about it, to help myself get through my low spots I started writing down notes about my puzzles and theories I had to solving them. This made Fez the second game ever to make me write down notes for a game, the other is one you might have heard of by the name of Myst. The notes helped but there was still something blocking my progress, a code I had yet to crack. Which leads me to my most memorable moment in gaming this year.

The Cracking of the Code

For days on end my roommates told me to just look up the answer so I could make some kind of find but I continuously refuted their cries, then I discovered a room that responded to every action I made with a symbol. Quickly grabbing my notes I scribbled down what each move corresponded to, and then went to where I had seen the symbols that were similar to the ones on screen. Trying what I thought was right didn’t work at first but then I noticed that the symbols were not perfectly what I had written down. Making an adjustment, I tried a new code…

You know that scene in I <3 Huckabees where Jason Schwartzman discovers that Jude Law and him are the same person and then he is seen dancing around the lawn as leaves fall and the music swells? Yeah that’s about the same feeling I had when my code worked. Unfettered, pure joy. Not since the adventure games of old had I felt such an accomplishment, with all my roommates asleep and with no one to brag to in real life I immediately texted my more than likely sleeping girlfriend and my best friend who shared an equal love of video games with me. I wanted to shout to the world that I had done it, but I had to sit there quietly in my dark living room smiling to myself as I looked down at the cracked code which now sat on my paper. The next day I went to each puzzle that had plagued me and quickly solved most of them, I say most because I’m still stuck on a few and to be honest have no clue what I’m doing but loving every minute of it.

I’ve said this many times when people ask me what I think of Fez. I say it’s a calming almost nostalgic game that I love to play after a long day of working and wanting to grind Olive Garden customers into bone dust. It calms me and makes me happy, and holds my most memorable moment of 2012 in gaming.

I just wish Phil Fish wasn’t such a douchebag.
#OpinionEditorial
Login to vote this up!