Challenging Narrative in the Modern Game

I haven't properly finished a game since Beneath a Steel Sky.

Granted I only played it in March of this year, after finding out it's free. It was great, short, a refreshing change from the kind of games I play most these days. Although you may think I must've just not enjoyed what I've played since then, I feel the real reason I finished it last was because it was quite, well, easy.

I don't consider myself particularly wimpy in my game tastes, or particularly poor at playing them - I've played the a few games in hard mode and 100% the odd one - but more and more I've found myself just not wanting to keep pushing once the skill required gets to a certain level. This is probably affected by me not having as much spare time as I used to, as well as life being stressful enough day to day to make me not welcome any unnecessary extras. I've been wondering recently about what is actually stopping me from doing this, my save files for Splatoon, Metal Gear, Fallout and Need for Speed: Most Wanted are all sitting in some state of varying unfinished-ness, and feel like I've gathered enough thoughts on it now that I should embark on:

Alfie's First Blog! (without pictures, cause it's broken)

So now comes the personal intro part. I feel like I've semi-lurking this year, commenting here-and-there, engaging in light GIF-age but not really being consistent enough for anyone to recognise my surfacing. I might post this and just crawl back into the swamp, never to be seen again, or maybe I'll try to write some more, see how this one goes. On that note, feedback would be cool on this, or maybe some blog ideas - commission me to write the blogs you can't be arsed to!

Anyway, back to the actual blog, it's gonna spiral into some major stuff from here, so let's see where the journey takes us.

I've got a friend who really likes competitive games, whether it's high score chasing (à la Bayonetta 2) or online (currently glued to Battlefront and likes to scream Kill:Death ratios at me post-round) or pride (Bloodborne). I really don't. I just enjoy the ride, and find myself just cruising on whatever difficulty level stops me getting bored but little more. This has stopped me getting into horror gaming mostly: the inherent challenge in keeping cool and focussed when I want to throw the controller and sell the house on top of whatever gameplay challenge may come up ends up completely stopping me.

Which annoys me when I want to see these examples of experimental, psychological analysis in games. Because really, games are, 99% of the time, horrendously written. This isn't a surprise, but it doesn't seem to be be brought up much in the games as art argument.

While all artistic mediums began as pure storytelling forms, games began as entertainment. The form came before the function. It's like if the first paintings were beautiful abstract explorations of themes rather than drawings of how to do things or records of something that happened. And as a result, we've ended up trying to reverse-engineer the foundation for the art into the slightly broken grown up media.

A lot of these barriers for storytelling are being overcome at the moment, whether realistic visuals, complex AI interactions, or vibrant open worlds with detail unimaginable 10 years ago. However, I think a major hurdle that needs to cleared is the need to include challenge in games.

This grows out of arcade culture - companies making their games get steadily harder to kick kids off after a while so that the quarters kept being chucked in and customers kept fighting to get to the end. This was great in the context of arcades, demonstrated by the fact that cabinets in pubs these days with dated, simplistic games can still gather a crowd and create a whole night's entertainment for loads of people. It doesn't allow for artistic musings or developed philosophies to be communicated to the player, though.

This is why adaptations of stories into games are almost always awful: the game has to introduce skill qualifiers and tests that aren't in any other form. Hence the introduction of long, inexplicable sections of just randomly shooting things spliced with cutscenes quickly shunting the story forward to the next shooting gallery. Mass Effect, for example, is actually just a story of someone pumping rounds into a variety of alien/robot/mercenary hordes guarding various buttons they have to press or hostages they have to find. No matter the quality of dialogue in between, it isn't going to be a truly great unified purposeful experience if it has to keep making excuses for you to shoot things for half an hour at a time.

The other end of this spectrum are games that consist of exploring places, with no violent interaction and lots of talking, often held up as golden examples of the artistic aspirations of games. These don't take any advantage of their form, basically tasking players with walking to press an unguarded button or person walking around freely. This makes it easier to get closer to a consistent tone, but does so by ditching any real content. Not quite a happy medium.

One game that I found actually worked quite well was The Unfinished Swan. Besides the forest section - almost a shooter - it used it's gameplay mechanic to look at it's subject of creation, and egomania inherent in creative output as well as it's fragility through the paint/water metaphor. Anyway, a deeper analysis of that is for another time.

But I don't really know ultimately, maybe games need to devolve to straight up storytelling and rebuild from there to become fully on par with other media in their regard, or maybe history will just be written by the victors and the future's critics will have grown up revering Chrono Trigger and games will get folded into all all the rest, and can grown from there. Maybe Kojima's next game will be everything anybody ever wanted and be seen as the first true masterpiece of the 21st century.

Either way, what do you think? I know I've been a bit harsh (RPGs tend to do quite well by having legendary warrior stories), but hopefully the point came across.

#PretentiousWaffleWalkingSimulatorInteractiveMovies
Login to vote this up!

Let's face it: I don't know you, you don't know me. Kinda thing goes on 'round here, probably best it stays that way... 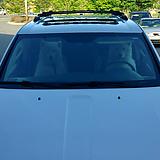