Spoilers will be rampant and unmarked.  You have been warned.  This is also a train of thought blog, because you all know how the game is by now, so these are my disorganized thoughts.

I really like how swingy the combat feels.  Many times it felt like if I didn’t win on turn one, the enemy could down a party member, if not worse.  It made each fight feel very tense, up until two major events.  Major event 1 was leveling the Strength confidant, which lets you buy your way into getting higher level personas.  This allowed me to get a character that fully heals after every fight and also have access to Myriad Truths, the most broken ass skill in all of gaming.  It does non elemental magic damage 3 times, but the first time usually killed most enemies. From the moment I got it (late 60’s in level) to the end of the game, it was almost the only skill Joker used.  I used this skill to get to major event number 2, farming the Reaper in Mementos.  Each kill gave around 4 levels - late game levels - to each party member.  In an hour I gained about 30 levels, maxing out and making it so that nearly every encounter was an auto kill.  I didn’t even have to battle most of the late game foes, which was cathartic, but I earned that right about 15-20 hours before the end of the game, so the late game was severely lackluster by my own hand.  I could have voluntarily used worse personas, but I was kind of done with the game at that point.

On to the story!  It’s good!  They explain every little detail way too much, and really like to rely on ‘show, don't tell’, which is fine if it didn’t drag on for so long.  By the 4th character added to the party I was yelling at the screen that they didn’t have to explain cognition and Mementos and Palaces on screen anymore.  Just fade to black and the character goes ‘okay, that makes sense’.  One thing that I did really enjoy about that detail, though, is that the Phantom Thieves genuinely suck at their job.  With Ryuji constantly yelling about how awesome they are, in the middle of a subway, or constantly texting over the phone about the grand heist they pull, or the fact that they all have a major connection to anyone involved in the changes of heart, really makes it not only plausible, but downright most likely to be found out.  And everybody does.  Girlfriends?  Yes.  Enemies?  Yes.  Allies?  Yes.  They are the world’s worst kept secret. I wish Futaba would have had a throwaway line about how she encrypted their phones to hide group chat. 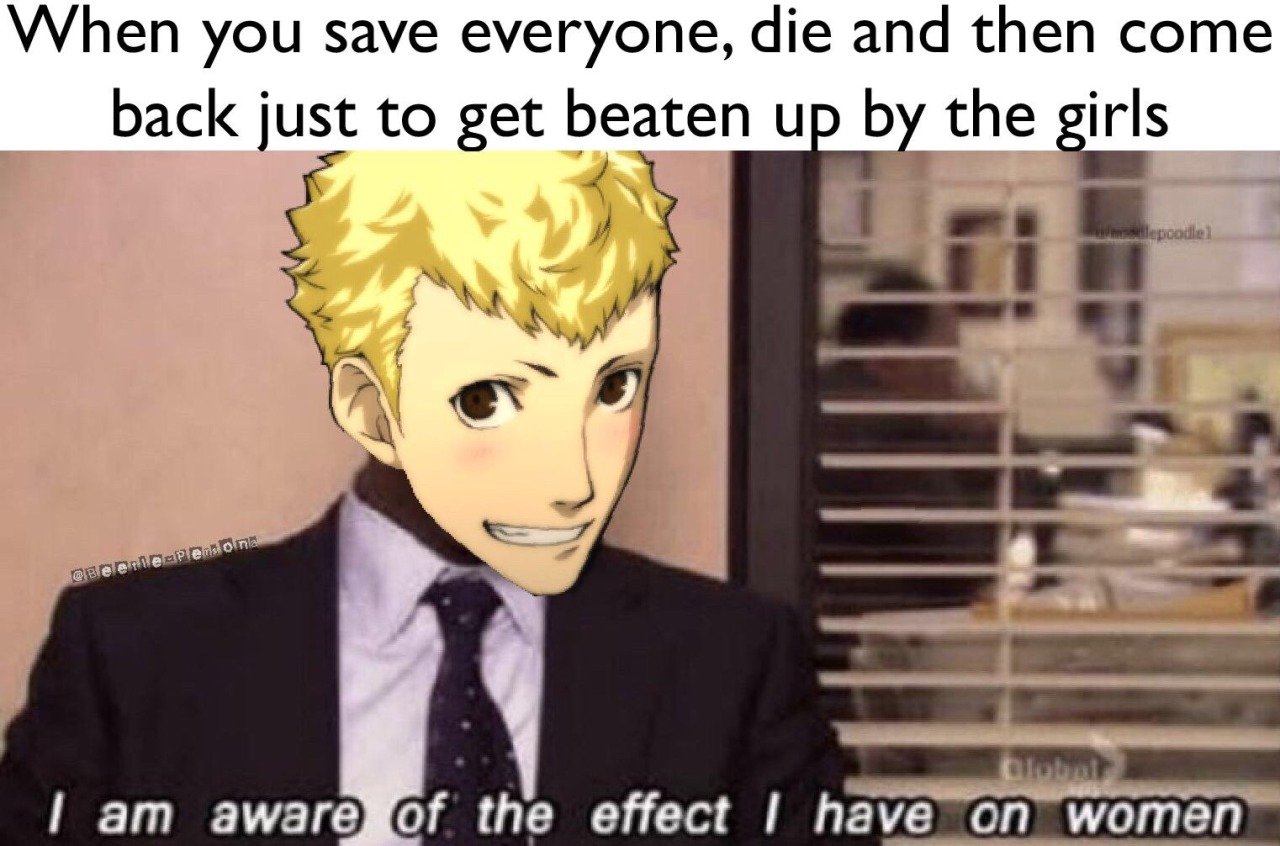 Speaking of Ryuji - Ryuji is great.  He’s a ride or die dude who doesn’t always get it, but is willing to give it his all.  And no one ever stops giving him shit and it pisses me off.  Any time he opens his mouth, the whole party, especially Morgana, just dumpster on him.  Even in combat!  If the main character misses, Morgana is all like “oh no, whats wrong” but if Ryuji misses he’s all “hah, what an asshole.  Get your shit together”.  Its infuriating.  Morgana is also the worst character, hands down, and we get to throw in a super awkward running away from home story line, too!  All because punching bag Ryuji speaks up himself.  Total dickhead.  I wish the game cut some of the fat, like Morgana running away, the weird trip to Hawaii that serves as an alibi but is never brought up as such, and just a whole lot of faff to make a 100 hour game into a more manageable 60 hour stint.

Romance!  Goth Doctor is the best.  It’s hard for me to get into the shoes of a high schooler, so the age gap didn’t really make a difference to me, and she’s sweet, well intentioned, and does good things.  S tier.  Makoto is also pretty damn high up there.  Both she and Sae are ridiculously good looking, and very sharp. But she is also a little naive and in her own world, so I couldn’t pull the trigger on liking her.  Her disguise though is like BAM in your eyes, with huge child birthing hips.  Oof.  Haru has a baby talking voice, and that’s a hard pass.  Plus her puffy pants look really weird.  D tier.  I originally thought I would like Ann more than I did, because Panther is hot to trot, but something about her personality just didn’t jive with me.  All beauty, mid brains, but loyal.  I wouldn’t fault anyone, but I would say B.  Futaba looks like she is 12 and her character arc is that she has no social grace.  Absolute D tier.  But like, in Persona 6 if she came back at 28 and was more composed, call me girl.  I didn’t get to know Chicaya, Oya, or Hifumi that well, so I can’t speak too much to them, but the fact that I didn’t want to know them clearly means C tier.  Kawakami - I get that teacher fetishes exist, but that doesn’t make them weird, and doesn’t mean that there are some really bad power dynamics in play.  Plus, her character is incredibly strange, and I didn’t find it overly likable.  Also C.  Kasumi is great, goes her own way, and I think is my strongest follow up from my perspective.  Her storyline in Act 2 gets really bizarre, and her change in appearance for it is somehow much cuter.  Probably an A tier, if only for how well she handles rejection from you if you don’t romance her.Speaking of Persona with Cheese, the Royal content: not a fan.  A bunch of teenagers get together, find a cat, beat up their gym coach, yada yada yada, then they fight God.  That’s a great RPG.  The world is literally on the brink of despair, and through the power of their conviction, friendship, and prayer, they manage to kill it.  It ruled.  Then there’s another 15 hours where some dude does a heel turn for no discernable reason, and you get to keep going again.  The whole last dungeon and last boss was such a wet fart after the first ‘final’ boss that I wound up plowing through it instead of savoring it like the rest of the game.  That being said, unhinged Akechi is my favorite character in all of it.  Just absolutely batshit, ready to stab a motherfucker for a slice of toast, and so ride or die that he literally picks both options.  Absolute boss.

I’m also not sure how much more that Royal added to the social links and stats, but there is so much pressure to get everything done that you want to get done before the end of the game.  Some relationships require you to max social stats, and so many guides aren’t updated with everything available, so I wound up trying to mop the damn floor until I was a saint at kindness (instead of, say, hanging out with the arcade kid which gives 3 points plus combat abilities).  With a game so large, and so dense, it feels a little shitty that you can  miss story events related to major characters like Sojiro because you didn’t plan things out perfectly.  Also, the game should 100% tell you up front who you need to have high relationships with to get the last dungeon if not the best ending, because playing for 60 hours to find out you are screwed over is some XCom garbage. 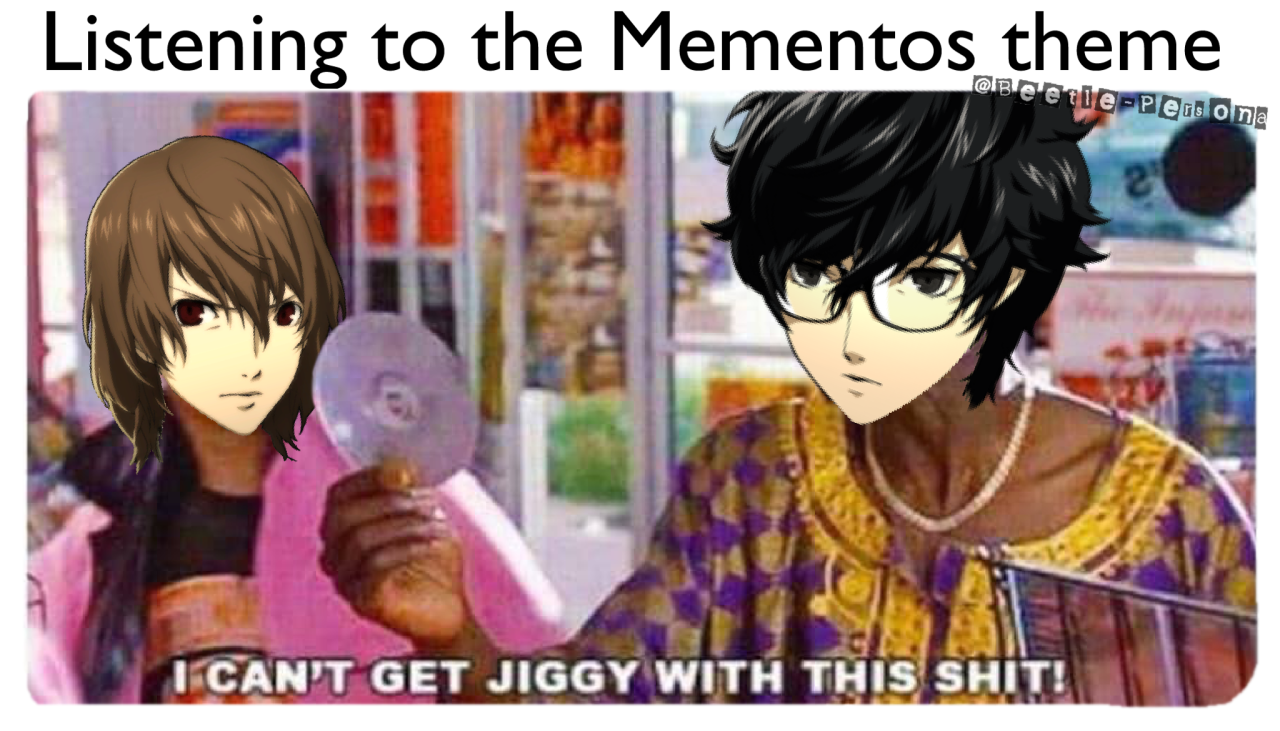 At the end of the day, though, I played this job more than I worked during the past two and a half weeks.  It’s an incredibly easy time sink, with a strong sense of ‘just one more day’ or ‘just one more floor’ that lets you get wrapped up in a long night of fighting shadows.  It doesn’t hurt anything that it came out about a day after I had a ‘break up’ (we went on two dates), so I had nothing but time and my hands and wanted nothing on my mind.  The story is good, the presentation is top notch, and the music is great everywhere except the first 30 floors of Mementos, where they only had the budget for 8 notes.  It's wild to me that the game is as well received as it is, because I couldn’t recommend a 100 hour RPG about high schoolers to many of my friends, yet apparently it is a beloved series.  I can’t wait to see what comes next from the team.