If you notice in the game's cover art, it's titled Tomb Raider II: Starring Lara Croft. At this stage, it was clear that the character and game became iconic in the gaming landscape, and that was enforced by an extensive and extremely effective ad campaign.

As I explored in my review of the first game, despite some revolutionary advancements, I don't think the first game was very good to begin with, and is certainly intolerable now. While the sequel improved on every aspect of the game, I think the shortened development time (to catch the hype train of the original) and the flawed basis of gameplay means this is still not a very fun game to play. 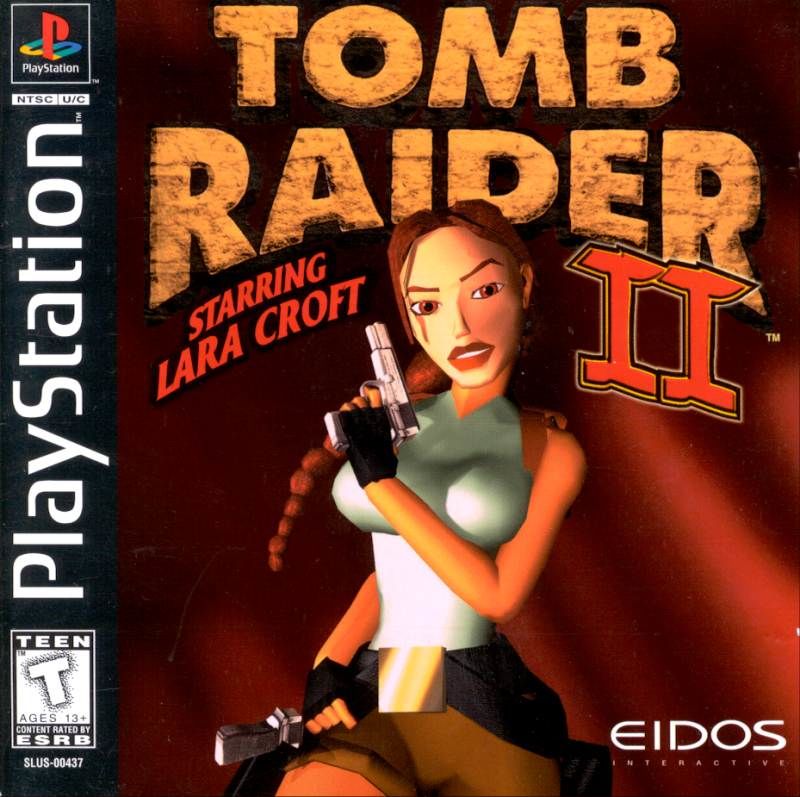 The story this time is about Lara stumbling into a conspiracy regarding an ancient and powerful artifact, a Tibetan dagger with the power of dragons, pursued by an Italian occultist organization. While initially short in tension, the story is explored effectively through some good PS1-era cutscenes.

With good Voice Acting, and effective scene direction, it does feel like a particularly good Indiana Jones rip-off plot, and the charisma of Lara in the leading role might have been novel enough to pull it off. Also, thanks to the globe-trotting nature of this adventure, this allows a decent level of environmental storytelling through the levels themselves, even if I felt that wasn't capitalized on enough. 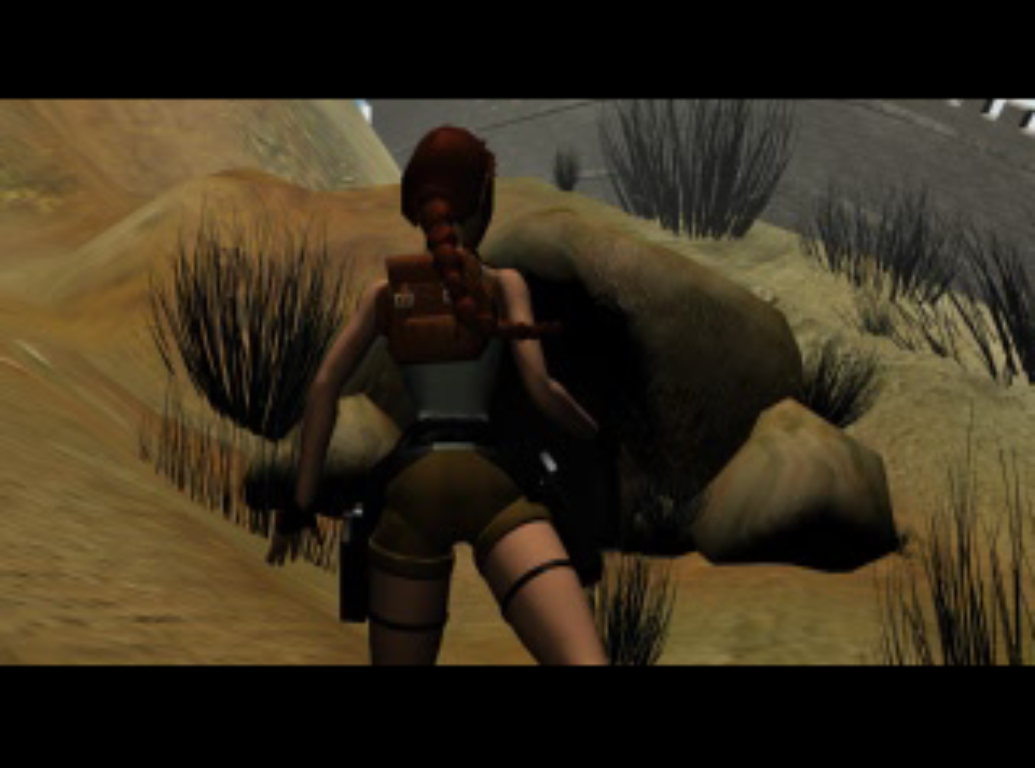 Lara also changes her outfit depending on the area

One thing that was missing in both games is any sort of story elements in the levels themselves. No lore to discover, conversations to eavesdrop on, and no conversations with another living creature other than in cutscenes.

It is extremely limited when compared to what other action games were doing at the time, like Resident Evil and Tenchu, and is a criminal waste of the character. In general, I feel that the game was extremely comfortable with the reputation of Lara Croft that they never felt the need to have any compelling story around her.

"Blood or answers. I have no preference, he should spill a bit of both"

Carrying on with the same formula of the first game, this is basically a 3D Action-Platformer with occasional puzzle-solving. It employs much of the same movements and actions of the original but improves slightly on every aspect.

Like I said in my last review, when the underwater mechanics are the most fluid and satisfying in the game, then the rest of the game has significant issues.

Simply put, Lara is still stiff to move. Jumping feels awkward, difficult to adjust, and almost unresponsive. She moves in jerking motions, making it difficult to align her with key objects. For that, you will need to use slow movement buttons to slowly nudge her into position. This makes moving around an extreme pain. 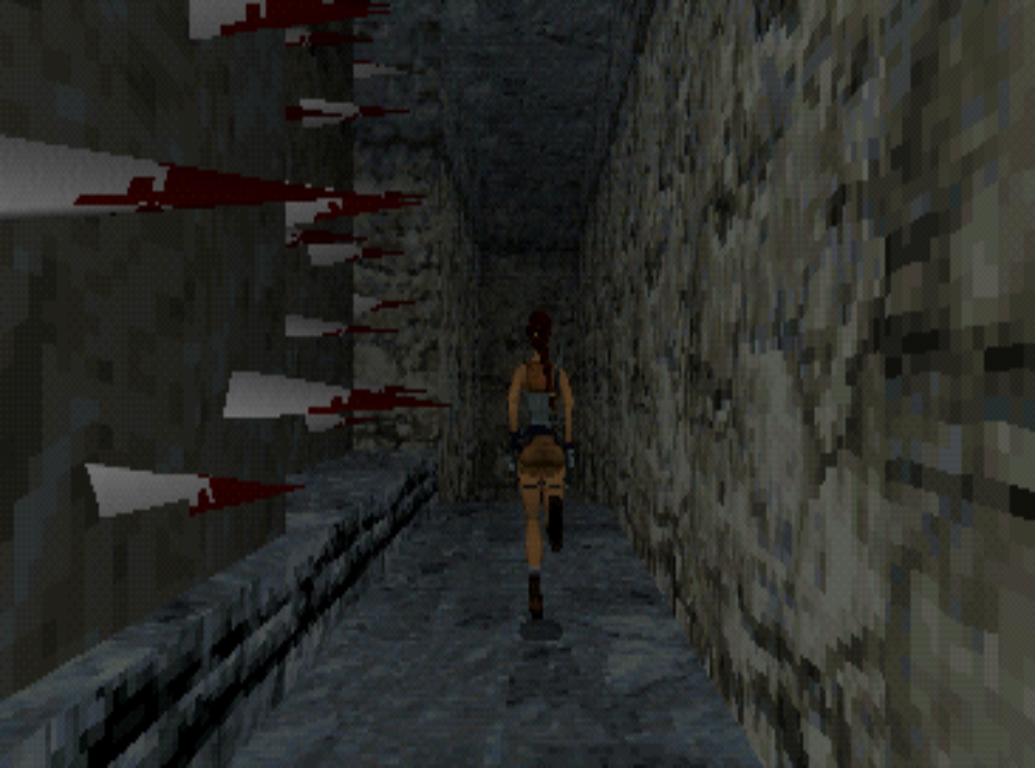 Almost as painful as getting impaled by spikes

All of this is annoying without anyone shooting at you, which when it happens, further degrades the experience. Even though you now have more weapon options, auto-locking into enemies and having little or awkward evasive or defensive options isn't fun. That's especially the case when the enemy's pathfinding ignores lines of site and there is little opportunity for stealth.

The majority of the game has you go into places, trying to figure out how to find keys or move things into place, and then slowly move and jump around to reach the next destination. Vehicles in a couple of levels shake things up slightly, as does the environment.

However, when the core mechanics of the gameplay are simply not fun, then no amount of variety can make up for that.

Of the aspects that gained a lift0up, none were as obvious as the game's graphics. Simply, everything looks much nicer and more detailed than it did before. Levels are more varied and better textured, and Lara's model received an upgrade. It's ironic to consider that her hair was an important selling point in 1997 just as Square thought it was with the reboot in 2013.

I already said the cutscenes did a good job, especially considering that they are almost exclusively in-engine scenes. Obviously, the CGI scenes looked better, but the game didn't need to rely on them as much. 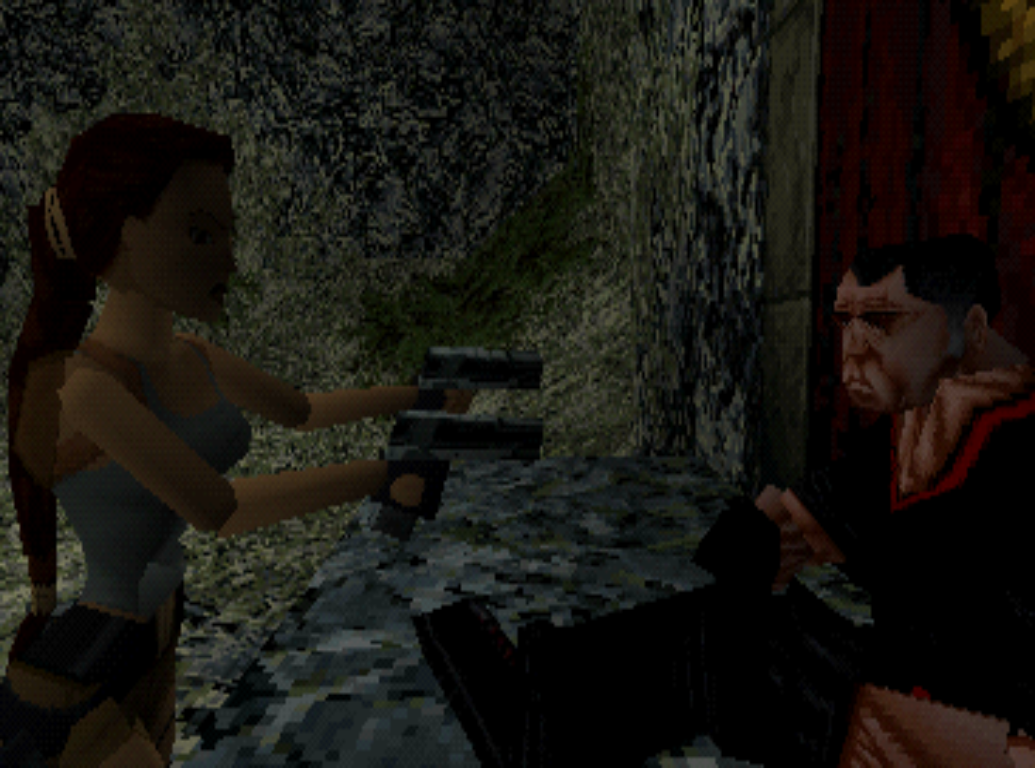 There is an aspect of graphics that may have been impressive in the past but is poorly executed, and that is the lighting system. Many areas in the game were too dark, requiring you to activate a flare to light them up. Unfortunately, the light didn't travel far enough, creating areas of darkness that made the game even more unpleasant to play.

One thing that was always pleasant to hear is the soundtrack. Again, it was minimalistic in its usage, only kicking in when you are about to progress or as you discover the solution. The tracks are really good, and the fact that hearing them meant you are about to finish an area made them even better to hear.

As the second most successful PS1 game in the UK, Tomb Raider II proves that iconography, brand recognition, and recognizable characterization is a more important predictors of success than quality. That's not to say that this game was as bad to play then as it is now, but that its flaws were still tolerated and contemporary similar games were made better.

Still, none of those games had the fame and appeal of Lara Croft, and that went a long way to separate this game from the rest of the bunch.

At least in that time, Lara Croft's reputation did make a difference. 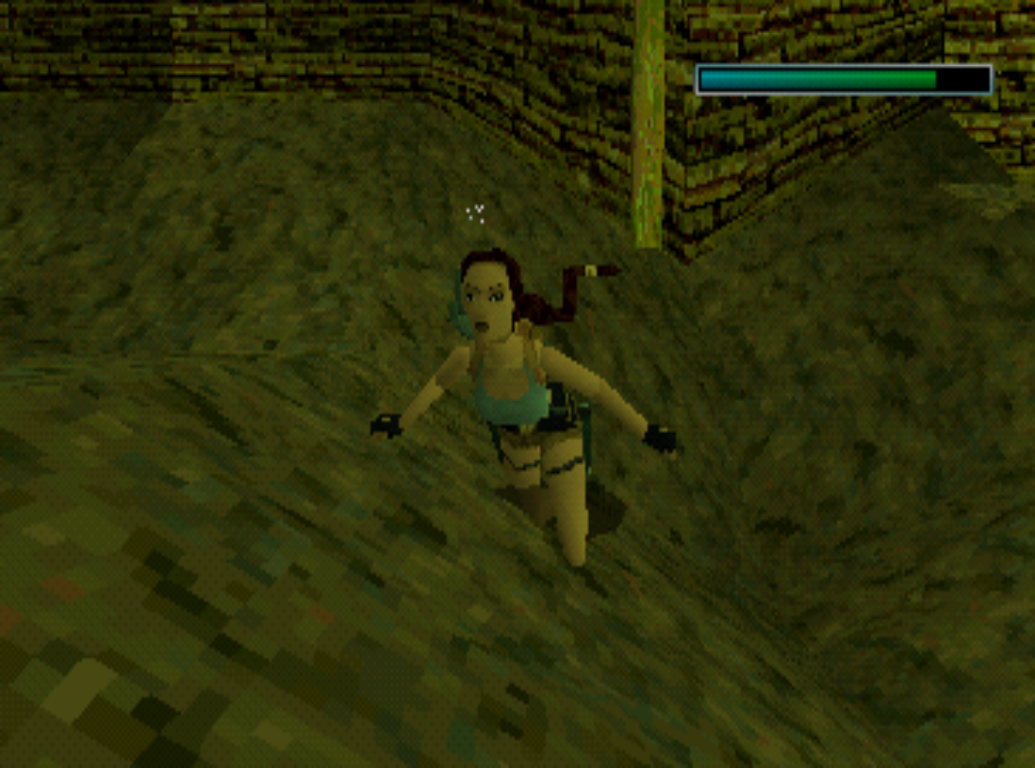 1- Make sure to play the tutorial level in Lara's Mansion to learn the controls.
2- Pull out your weapons and randomly shoot whenever you go into a new area.
3- Press "Circle" for a 180 degree.
4- Jump and hit the grab button always.
5- Use the R2 button to slowly strafe sideways.
6- Some keys are held by enemies, so you will need to kill to advance.
7- This means that fleeing from enemies is actually a bad idea, no matter how shit the gameplay is. 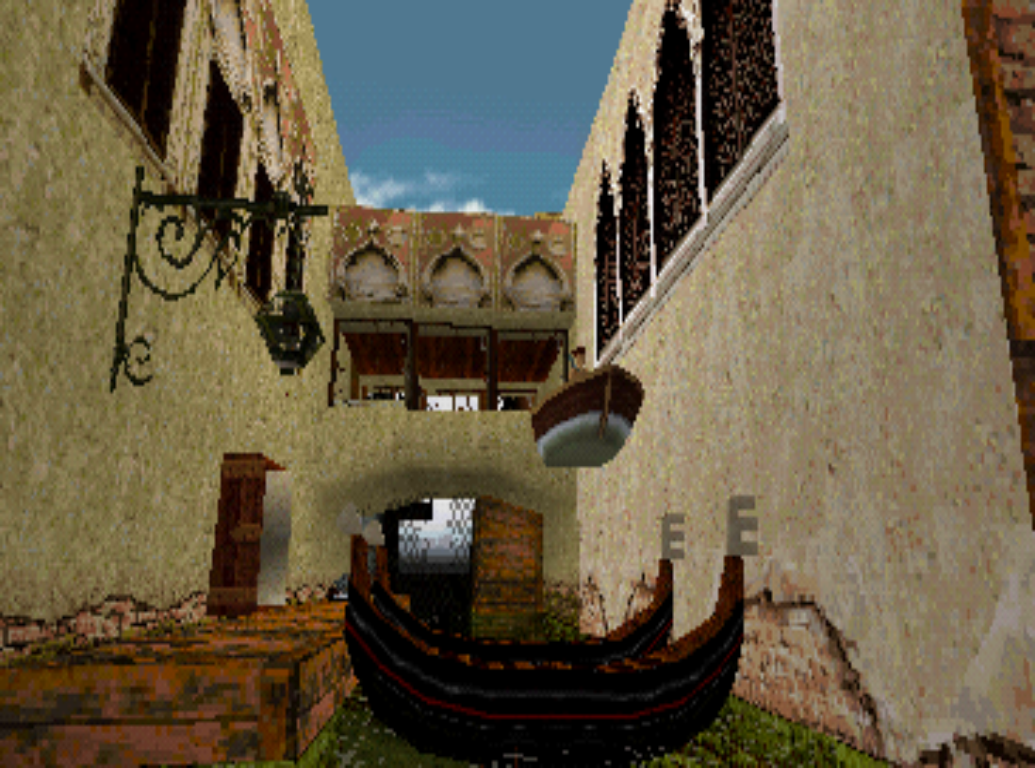 There are some exciting scenes in the game, to be fair 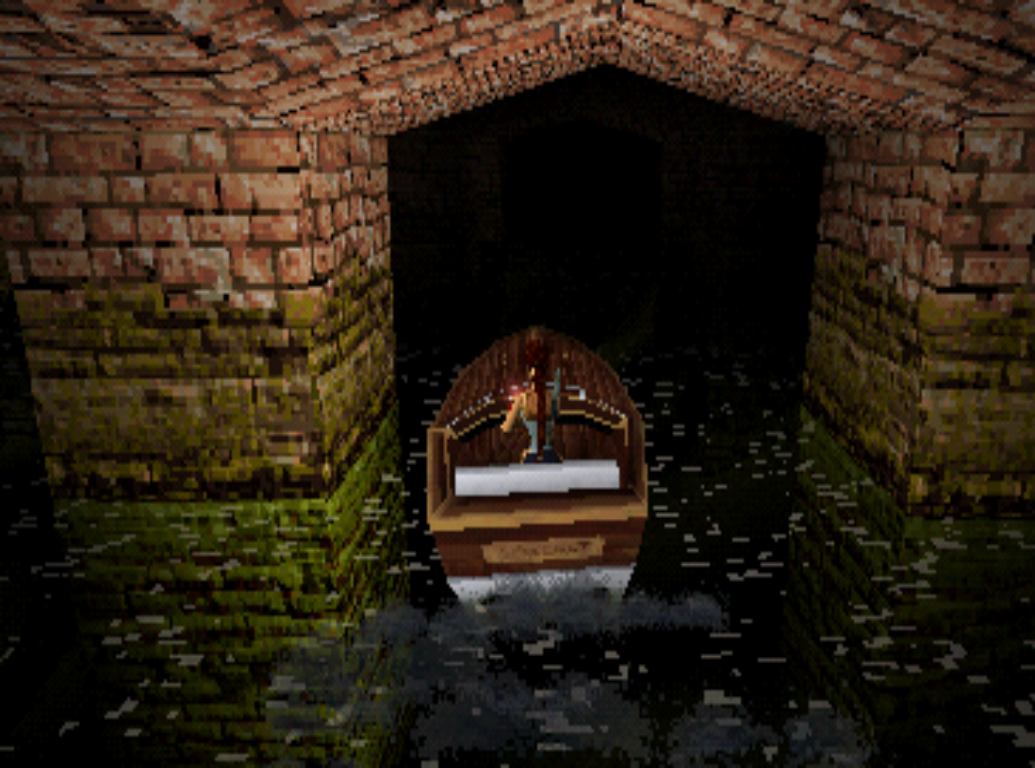 Like many elements in the game, the lighting is revolutionary but ultimately undercooked

I expected Tomb Raider II to improve on its predecessor, but not by much, and that's what happened.

Now, I think that Eidos was just milking the franchise at this point and that the third game wouldn't advance the formula or mechanics at all. I am not sure if I should review it, but I will just be thorough with this iconic PS1 franchise. Not that I think it deserves this level of respect at all.