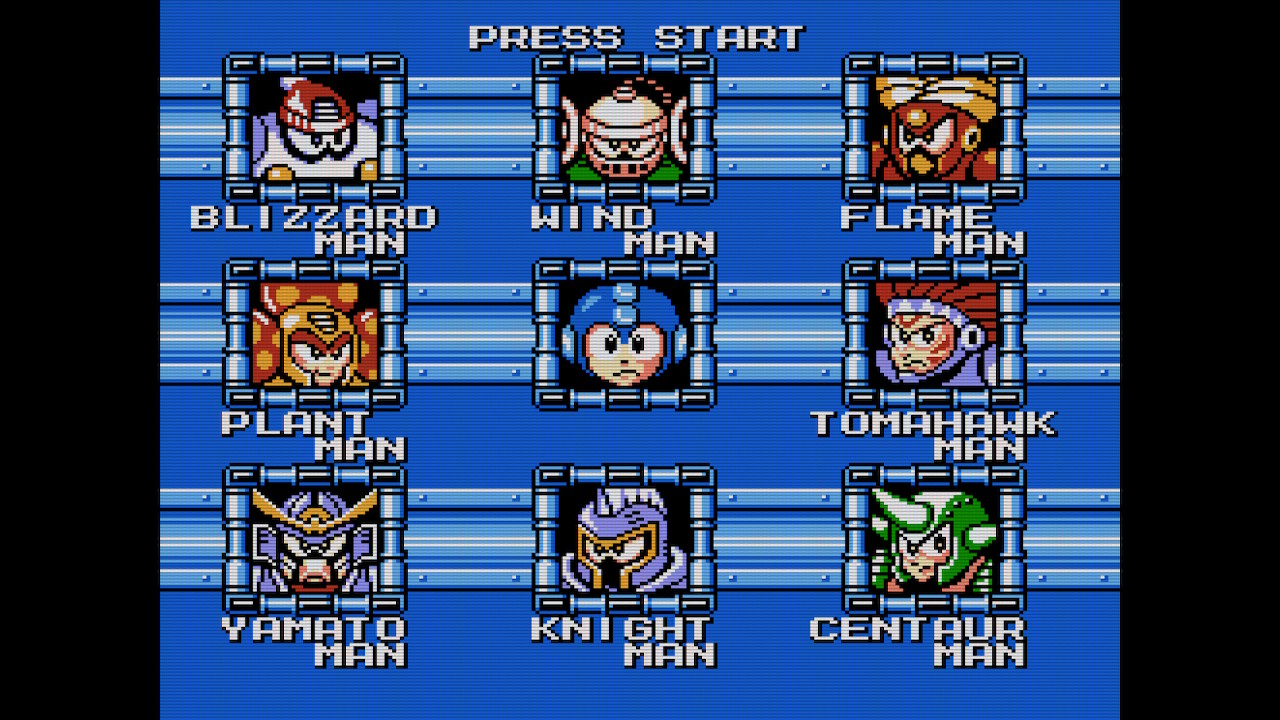 Released very late in the NES lifecycle, well after the SNES established itself and, in the US, after the release of the amazing Mega Man X, the perception of Mega Man 6 has always been that it was a game way past its time. Publications called it "redundant", "unneeded", and "obsolete". As if it was a profound waste of time to play this game when the NES was no longer relevant.

Perhaps this was one too many fake-outs by Dr. Wily to people who expect a "serious" story when playing games.

The passage of time allows us to look at the title not in relation to the 16bit revolution of the time, but objectively as a stand-alone 8-bit game. We will see a title that was used by Capcom to train their newer programmers, allowing chief designer Keiji Inafune to take in more responsibilities. We will see a title that refined the ideas of the two previous games and pushed the NES console to its limits, providing some of the system's best graphics, and definitely one of its best soundtracks. 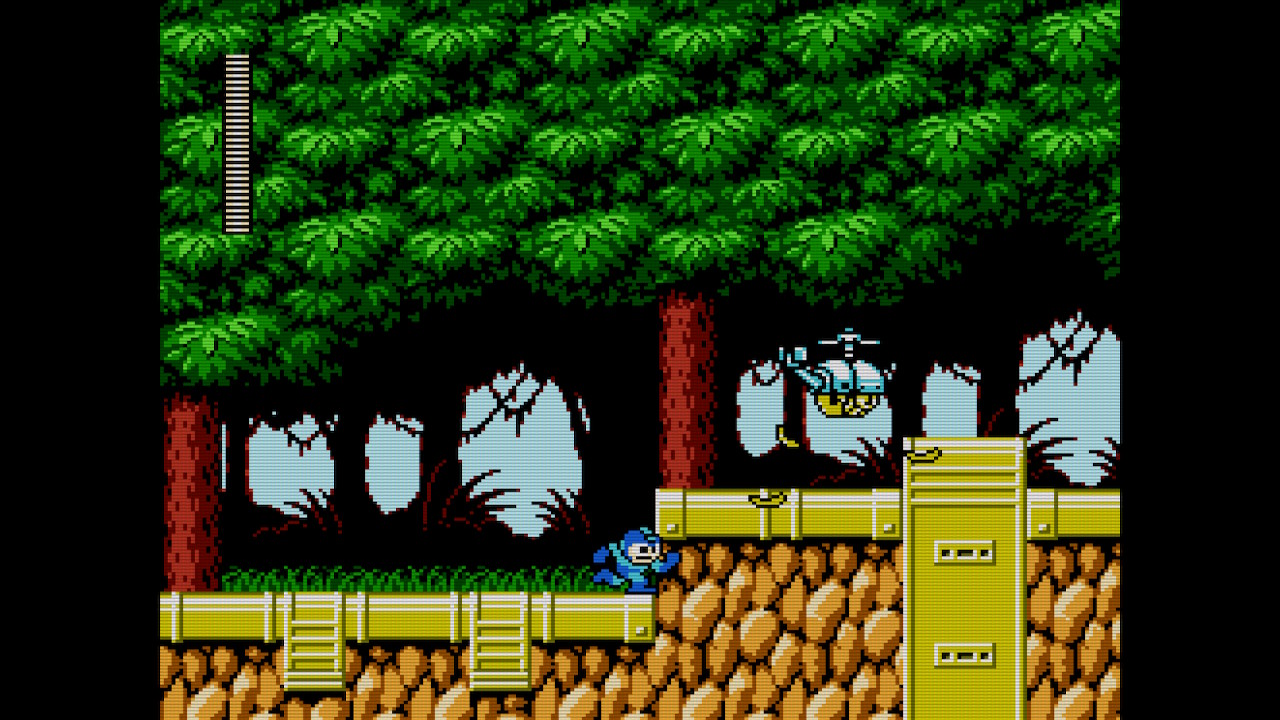 Mega Man 6 may have looked "redundant" next to games like Mega Man X at the time for those already used to the excellence of the series, but it shines in comparison to its 8-bit peers, and consequently within the Mega Man series as a whole. This is a game that pushed the NES to its limit and should no longer be the butt of jokes.

Carrying on with the tradition of iterative changes from the last game, Mega Man 6 doesn't add much other than make the Charge Shots smaller (a very welcome change) and add in the two Rush Adaptor modes instead of the Rush Tools you previously used. Donning the Rush Adaptors, Mega Man can fly for short distances with the Jet Adaptor or break walls with the Power Adaptor. Both are not big game-changers, but it's more fun to use the Jet Adaptor than Rush Tools. 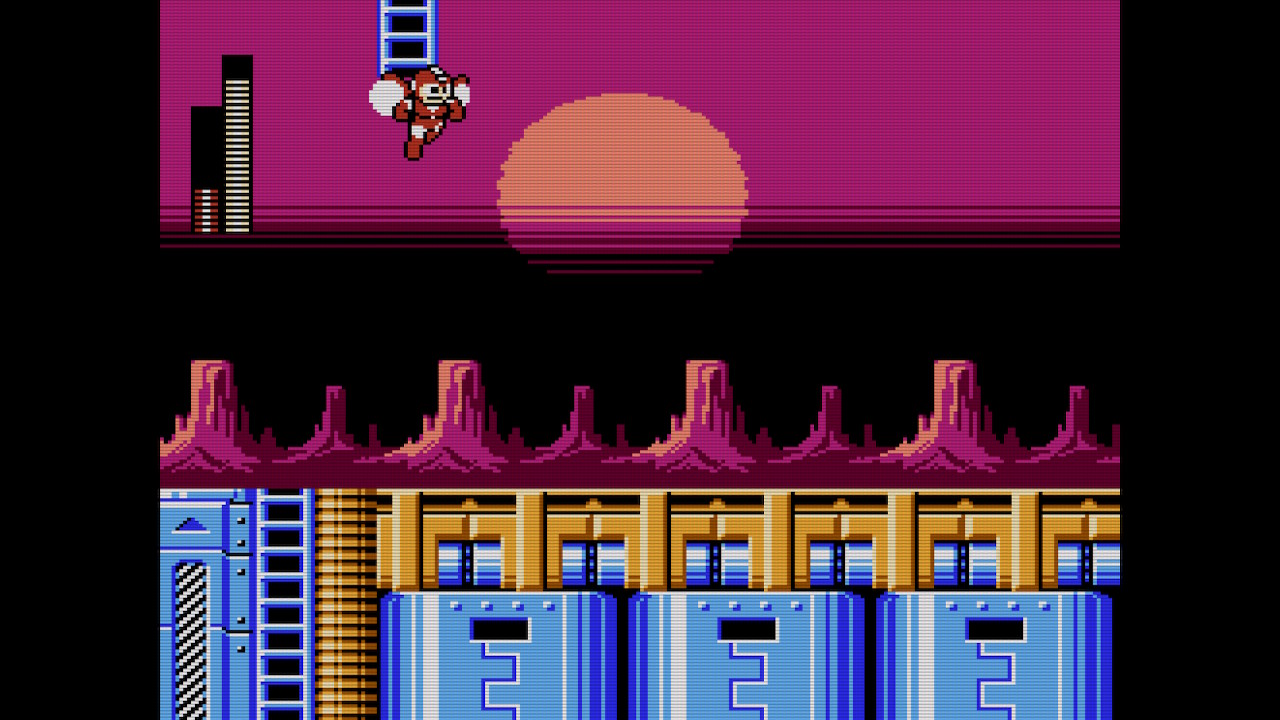 Similarly, there is no great shake-up with the way levels are constructed, but further iteration on theming and level design. Except, now with five games experience, the addition of the slide mechanics in Mega Man 3, and the expansion in technical ability, these levels are the largest and perhaps BEST in the classic series, even though they are a bit on the easy side.

Levels like Yamato Man and Knight Man are elaborate and graphically varied, but cannot be said to be inventive. However, at least half the levels either introduce a great idea like Blizzard Man's time-bomb platforms or expertly use previously established mechanics like the air effects in Wind Man's stage and brilliant reverse rising water effect in Centaur Man's stage. It's actually one reason that I don't mind having to revisit some of these levels to find the secret door to unlock Beat the bird.

Still, while the level's mechanical design is obviously good, it's how Capcom maximized the power of the NES in crafting these labyrinthian levels that's truly amazing. Stages are divided into logical parts, with backgrounds evoking the location very well. Whether it's a medieval castle or an oil rig, it looks great. 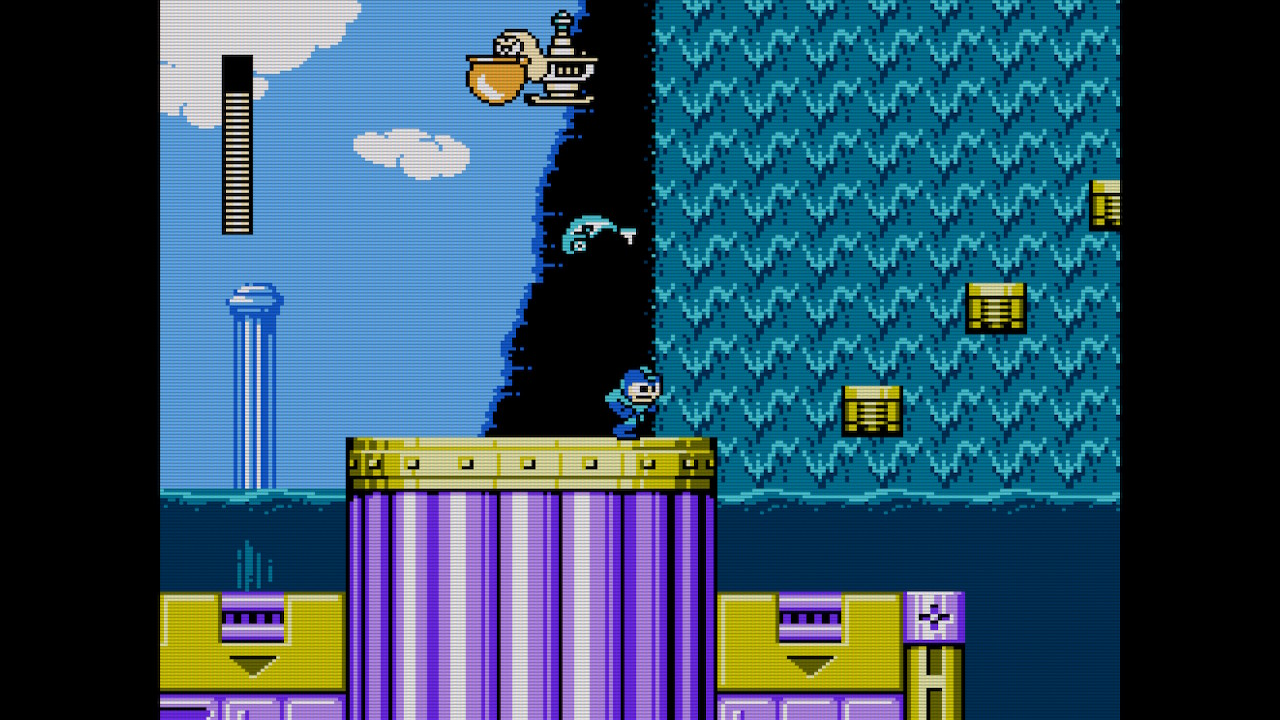 At this stage, it's worth noting the incredible amount of work and dedication that the series designers have done to craft a cohesive and logical world around this franchise. Hundreds of design documents show the work done in designing each enemy and how they fit in the world, how they move, and what purpose they have in the world's canon. The level of care is so high that Inafune famously decried the design of the Rush Adaptors in this game because it doesn't make sense where the rest of Rush's parts go when the merge happens.

For the longest time, Mega Man 6 caught some flak for its Robot Master designs, which were more cultural in nature than elemental. That made the weakness circle difficult to figure out: Tomahawk Man>Yamato Man>Knight Man (you know LARP fans hate this)>Centaur Man>Wind Man>Flame Man>Blizzard Man>Plant Man.

Personally, I don't mind these designs, even those with insensitive racial tones like the obviously mustachioed Arab/Seikh oil baron robot. This is a cartoonish series that you shouldn't take too seriously, and it's absolutely brilliant what Capcom did with these sprites. From the larger sprites of the four-legged Centaur Man and big-bodied Blizzard Man to the more elegant Plant Man. They look great, and their animations are a clear tell of their attacks. 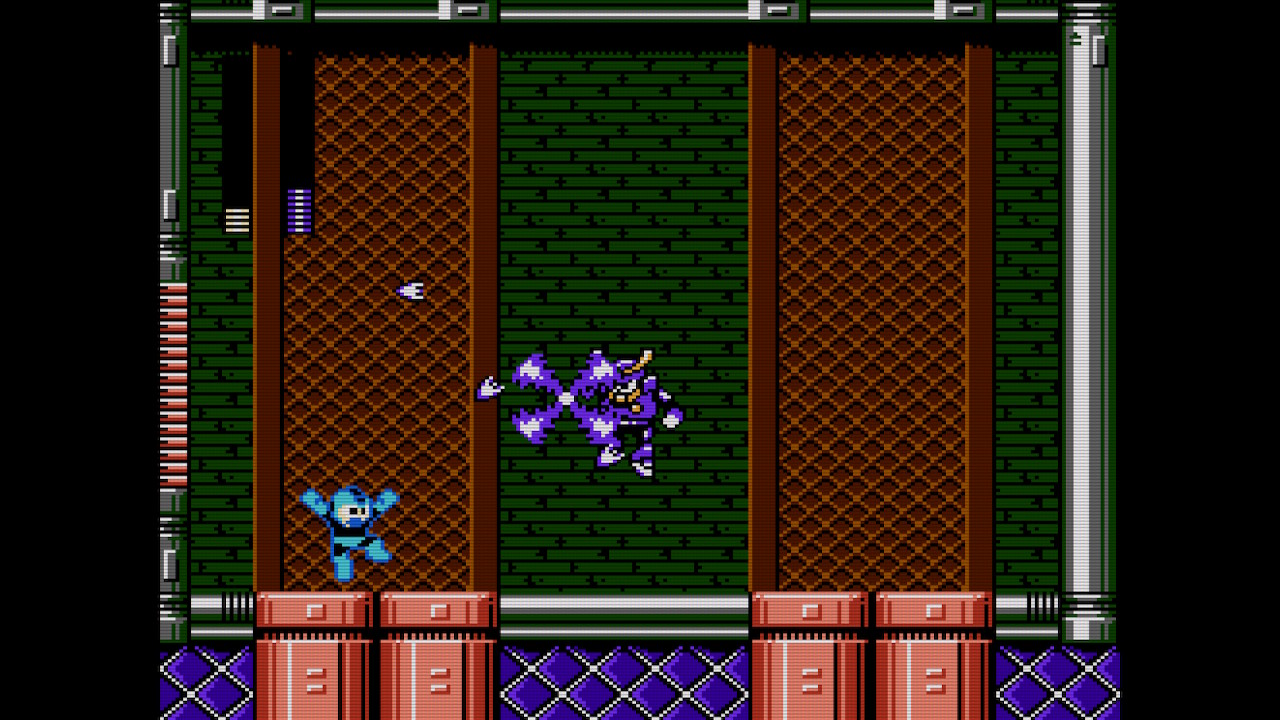 Ironically, this improvement in sprite work made these Robot Masters easier than before. It was probably a big joke for Yamato Man to throw his spear with a theatrical flourish just to run and retrieve it, but it makes him easy to beat. Almost all of the other bosses have similar ticks that make it easy to identify the pattern and defeat the boss. Thankfully, the weakness weapon doesn't trivialize each boss, so the level of challenge is never fully gone.

Speaking of the weapon bosses, they are more useful than the last two games this time around, since they have a variety of trajectories and uses that are more effective than the Charge Shot, even though in the end it still reigns supreme. At least until you fight the castle bosses, who are almost always designed in a way that telegraphs the most useful weapon against them. 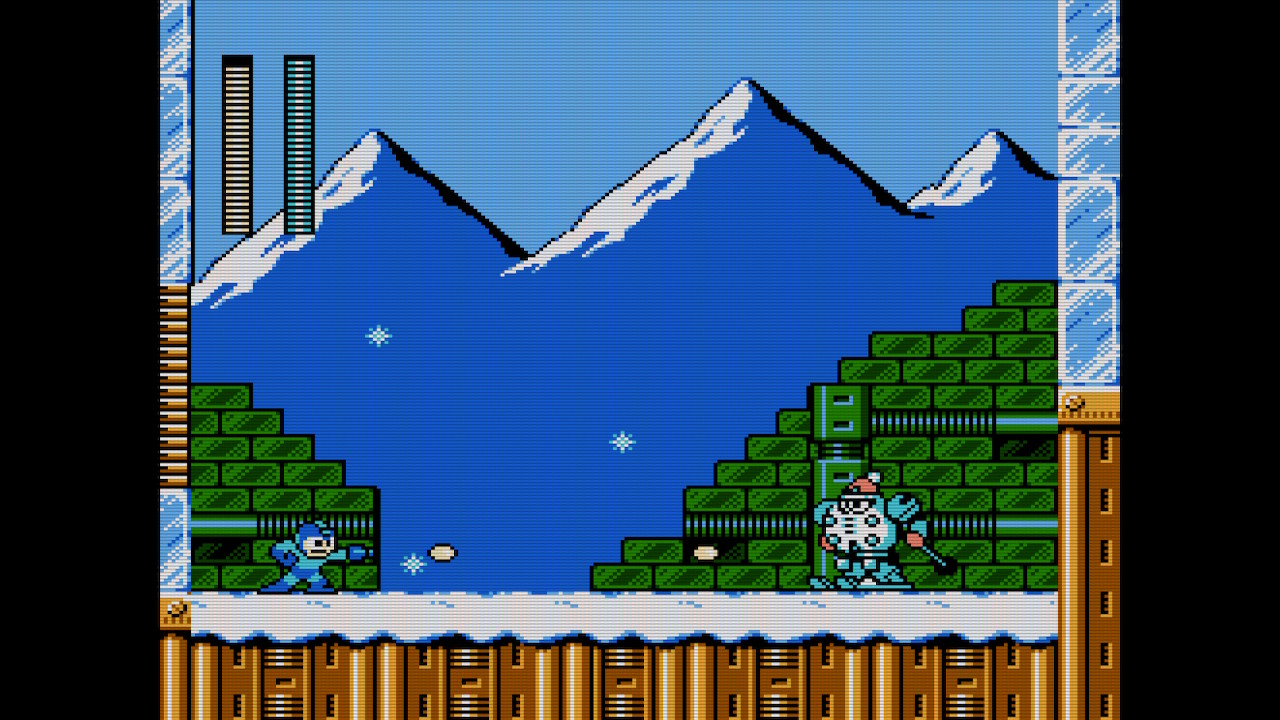 Difficulty-wise, this is really one of the easiest Mega Man games after Mega Man 2, and this does make it potentially bland, but also really approachable.

Yuko Takehara managed to make one of the best soundtracks on the NES, creating melodies and songs that were probably conceptually impossible to imagine when the first Mega Man game was made. Objectively speaking, this is technically the strongest soundtrack of the NES games, and although it lacks any iconic tracks of its own that can rival the best tracks I covered in games like Mega Man 2 & 3, the composition is still masterfully constructed. These tracks are complex in a way that doesn't hide the melody like in Mega Man 4 & 5, but as a way to make full-bodied tracks.

It's frankly a crime that none of these tracks were remixed for Super Smash Bros. Ultimate.

With many winners in the soundtrack, it was hard to just pick three, but I think these showcase the strength of the entire soundtrack, and they are my favorites for a reason:

Like many of the game's tracks, this one opens with a flourish that isn't repeated again. The opening feels like the sun rising on a new day, introducing the main part of the track, where a jazzy melody is interspersed with flute sounds. Here, the Middle-Eastern sound becomes apparent, with a back and forth between the flute and now obviously quarter-tuned strings. It's still a modern song at this stage, perhaps evoking the new modern state of the land until the second part of the song kicks in with an absolutely amazing Arabic melody that fully transforms the track into a more mysterious and visceral past. This part at the 42nd second is instantly recognizable in form, with the electronic Mizmar sound evoking the dance of flames in the level. It goes back into the jazzy melody, but without looping fully to the start, it's a shorter time between the modern and ancient parts of the track, giving it an extremely dynamic feeling that is a hallmark of the whole soundtrack (and the franchise as a whole).

The opening of this track somehow feels like intro notes to a typical RPG castle track (which fits the theme of the level), but it immediately goes for a more action-packed, almost Castelvaniaesqe quality. The main melody is a heroic march, that, when it climbs triumphantly is met with mysterious string arpeggios.  This gives the track a haunted-house feeling of sorts, which is further entrenched when the song goes into the second part and the main melody, where the track goes into full vampire-castle mode with quick organ strokes mixed in with a still heroic melody. Later, we will see how Mega Man will borrow musically from Castlevania more explicitly (and Ghosts 'n Goblins as well), but this is the first case and it produced a stellar track.

I feel that Mega Man 6 is the first game in the franchise that was able to craft more atmospheric and calm tracks successfully, and Centaur Man's Stage theme is a perfect example of that. Despite being one of the shortest main songs in the soundtrack, it is immensely listenable and wouldn't bore for hours. The melody starts with a relaxing keyboard arpeggio with some bass backings that transforms into a chill reed flute melody with a lyre background. It absolutely transports you into the mythical period that Centaur Man, with his impressive four-legged design, is inspired by. What absolutely sells the song is that just as climbs high, it still convincingly loops back to its relaxing beginning without a hitch. 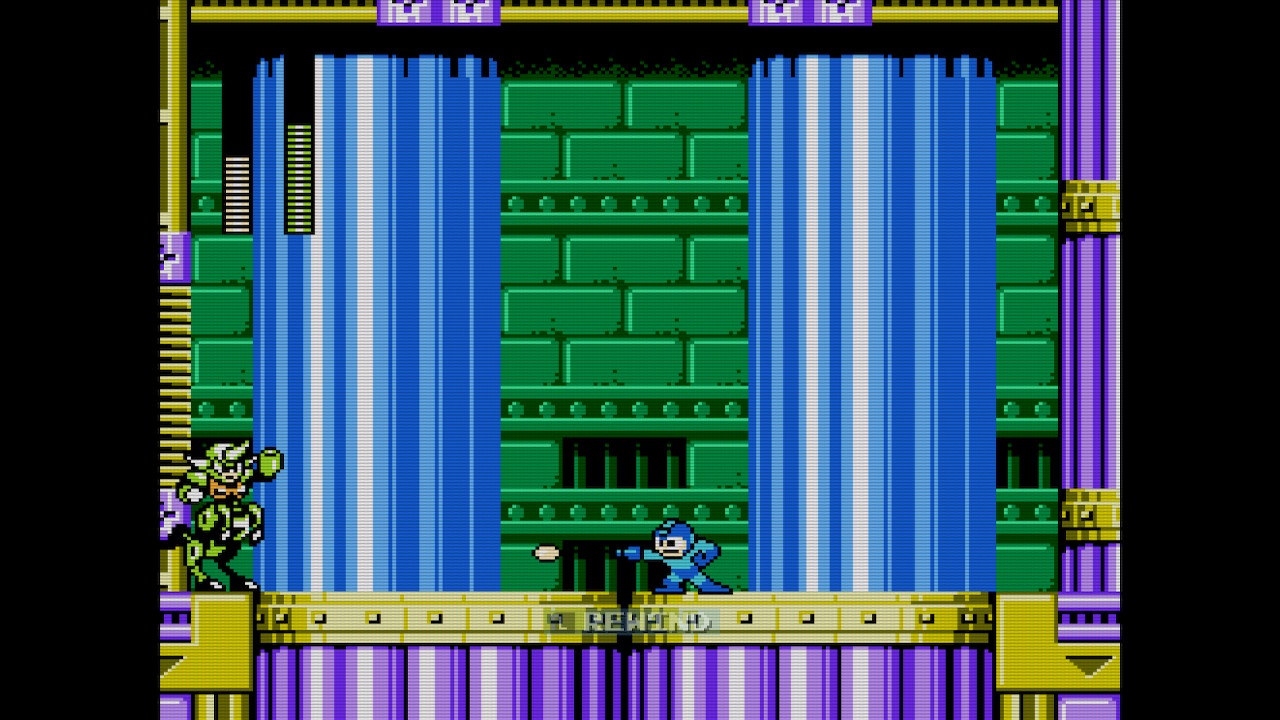 By the time they made this game, Capcom already was working on surpassing its and its entire legacy with the new Mega Man X series. Yet, there is a charm to the originals that are still loved and valued today, and Mega Man 6 had the benefit of that charm being distilled to science at that point.

Objectively speaking, Mega Man 6 had the most expansive levels, best graphics, and technically best soundtrack of any classic Mega Man game. What it lacked in iconic moments it backed up with undeniable quality. True, the game may be a bit too easy, with most Robot Masters weirdly being push-overs considering the supposed tournament setting, but so was the second game. Also true, it builds too much on its predecessors that it has few original ideas of its own, but is that really a bad thing in a franchise that is built on successive iterations?

I think that Mega Man 6 never survived the ignominy of being released after the release of Mega Man X. Yet, now with the passage of time clearly showing the value of the classic series besides the X games, it's clear that Mega Man 6 is a pure distillation of that formula at the highest level. 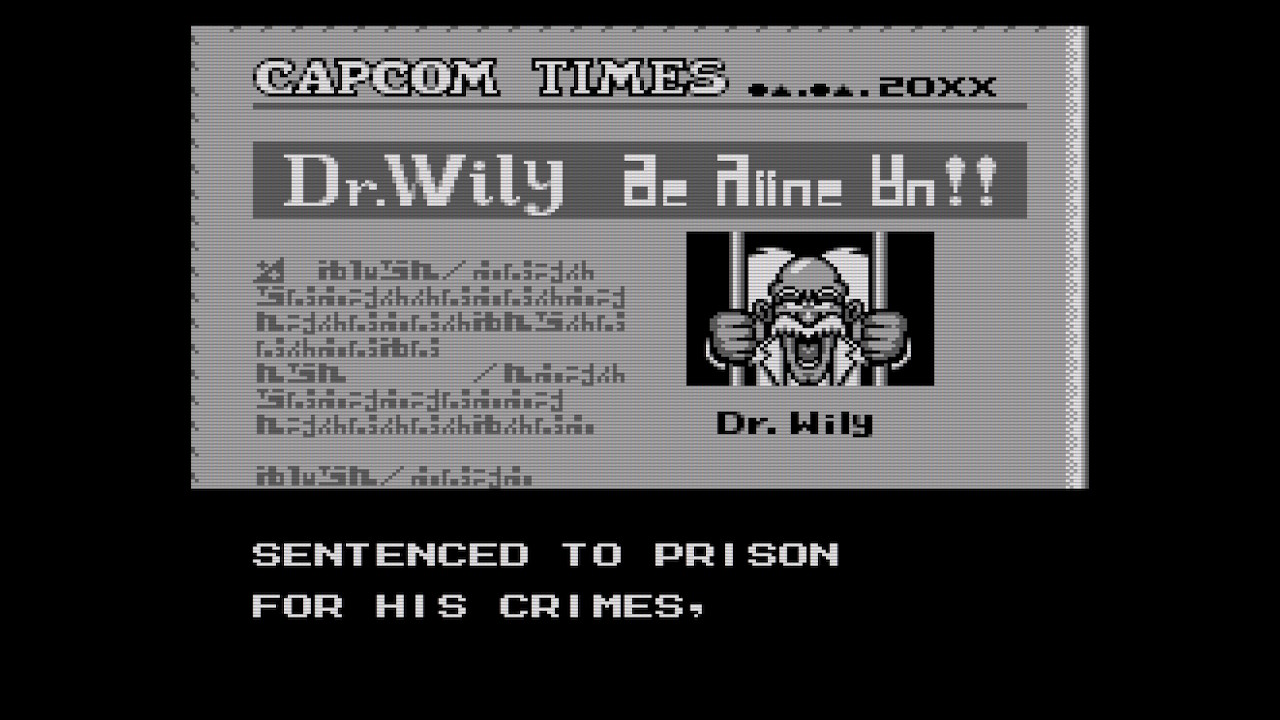 Rankings: This may be extremely contentious, but I am actually daring to put Mega Man 6 above Mega Man 2 in my rankings. I think it comes down to how far the game exceeded my expectation considering its reputation. It has some of the best music in the series, and it's amazing how much it pushes the NES hardware. In fact, this may be the last time a Mega Man game absolutely pushes the hardware it's on to any limits.