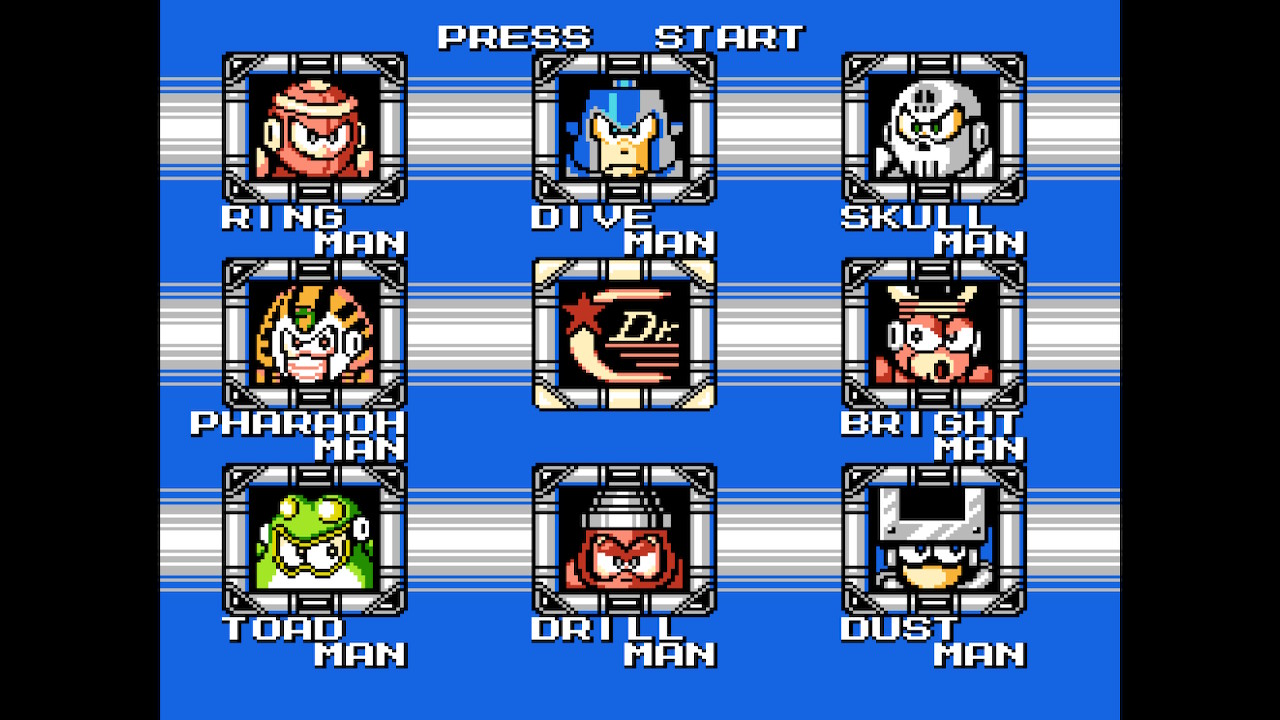 Released after the launch of the SNES, it wasn't immediately apparent that Mega Man 4 lagged behind technologically to the new 16bit device, except if you consider the fact that it was virtually unchanged from its predecessors. After all, it still looked great compared to its NES counterparts, and the formula had its fans.

However, at this stage, the fan reception of the time was divisive between admiration of the franchise's continued excellence and frustration at its stagnation. Indeed, the only addition to this sequel was the introduction of the Mega Buster and its Charge Shot. Sharp minds at the time realized the mechanical pitfalls the Charge Shot presented, and its introduction is a major reason the title is still divisive in its reception today. 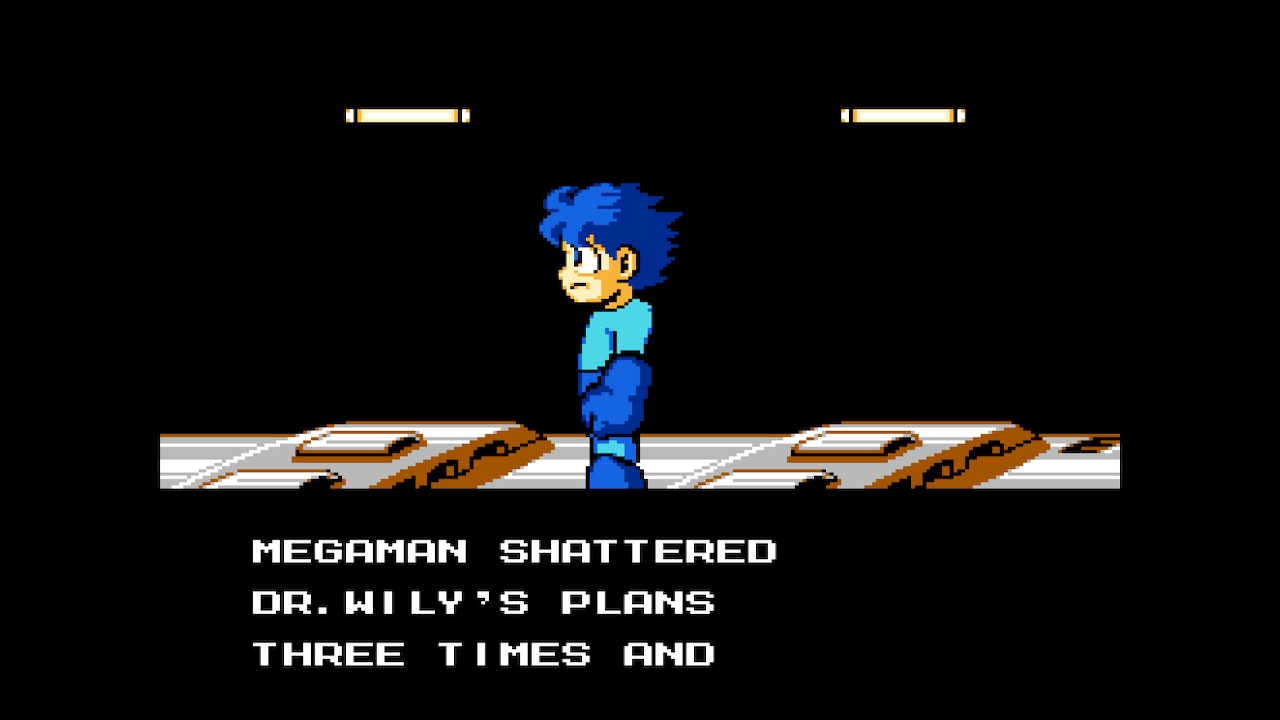 Personally, I rate this as one of the lowest classic Mega Man games, as I think the Charge Shot upset the game's balance, and I like its soundtrack the least.

On a lighter note, this was actually the first Mega Man game where the Robot Master designs were exclusively picked from fan submissions, and the US marketing was as "rad" and "edgy" as always despite Mega Man's weird box art face. Featuring Dr. Cossack as a secondary villain, this game actually has more of a sense of place than its predecessors, with Russia serving as the backdrop of Cossack's castle. This led the US Capco team to declare that there are "Russian Robots on the Rampage" that Mega Man must defeat in epic battles through "the sizzling sounds of molten metal".

The introduction of the Charge Shot is the biggest addition to the Mega Man formula in this game. It allows you to hold the shoot button to launch a more powerful standard shot. Mechanically, this changes the balance of the game in two major ways. First, it gives Mega Man an extra powerful tool in his arsenal at no extra cost. Second, it forces the player to keep their finger pressed on the shoot button while they maneuver through the stage (this also causes the droning charging sound to continue uninterrupted). 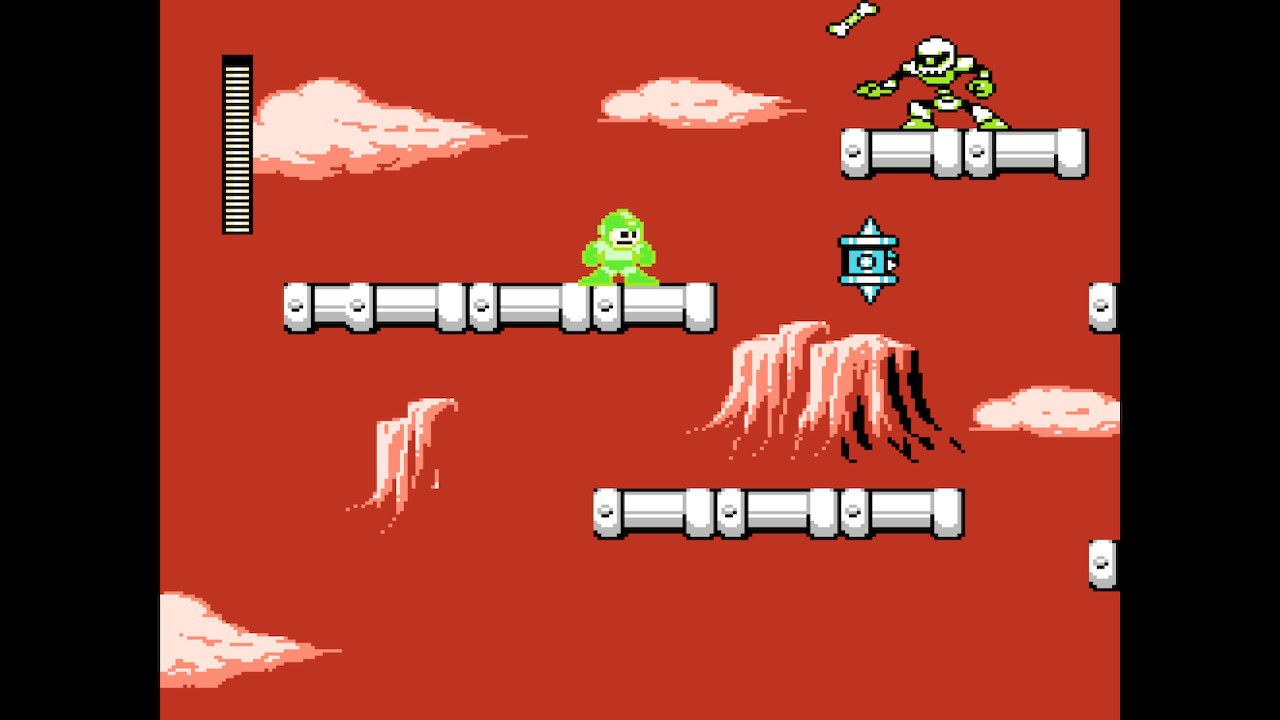 While the second effect has its own annoyances in how you play the game, the first effect drastically changed the balance of the game to the worst. To address the extra firepower, more enemies are bullet sponges (reducing the utility of your standard lemons) and the boss weapons are significantly less useful as a result. At least, that is a common complaint about the game. Personally, I still think that rapid lemon shooting is stronger than the charge shot, and the boss weapons are useful for their utility.

A little away from the game's mechanics, let's talk about the "mazes of metallic munchkins" that you have to go through to beat the game. Each stage has its unique theme, and many come with unique obstacles that fit. For example, Toad Man's stage, which has really cool rain visual effects, has various water-related effects that influence your movement, and Pharoh Man's stage has quicksand floors (of course). The best stage, in both design and theming, is Dr. Cossack's castle, which is challenging throughout while visually interesting with its icy aesthetic in the middle of Russian-inspired backgrounds. 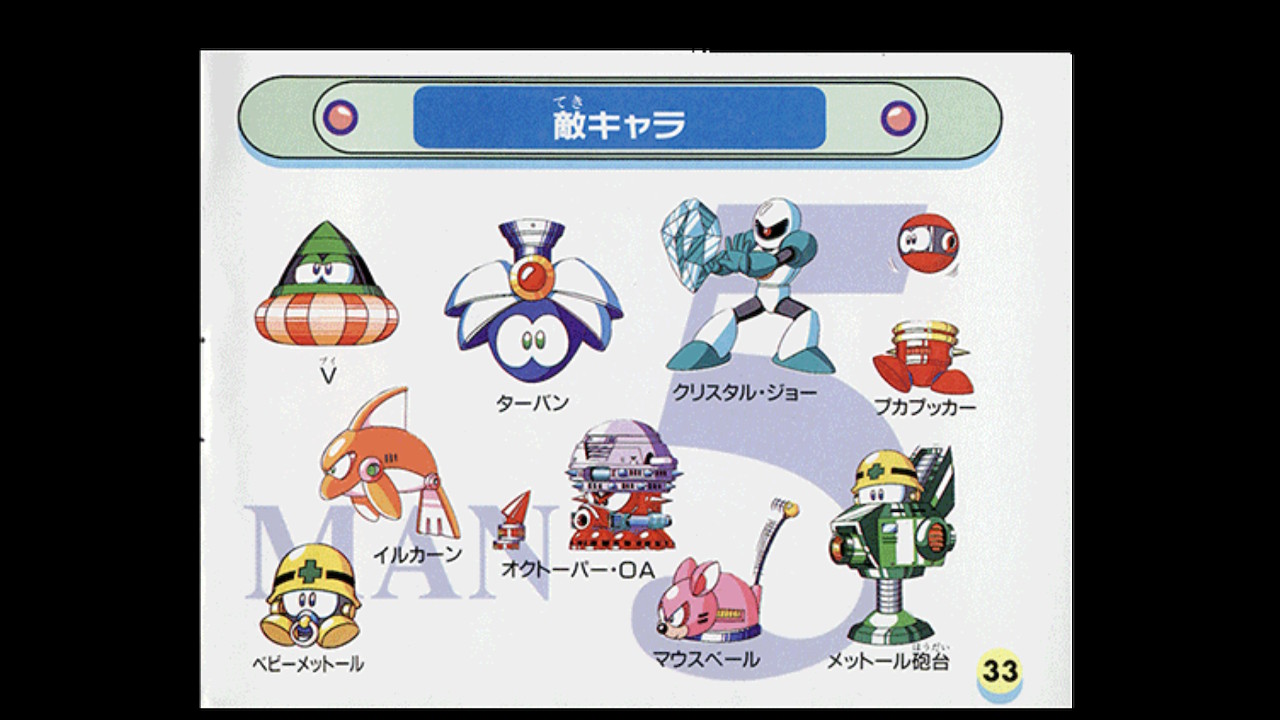 Visually, the game continues the great work of Mega Man 3, but I feel like the colors are pastel-looking. It feels a bit cleaner than the sprite and environment work of the earlier games and is somehow a little boring as a result. It does work considerably better at the standard-setting and doesn't suffer from the frequent slowdowns of Mega Man 3 (this is not a concern if you are playing the Legacy Collection).

Finally, after the first game, a proper and complete Robot Master weakness circle is provided. Sure, the weird elements at play mean a few people could accurately figure out the correct solution, but it does have some sort of sense behind it: Dive Man> Drill Man> Toad Man> Bright Man> Pharoah Man> Ring Man> Dust Man> Skull Man. 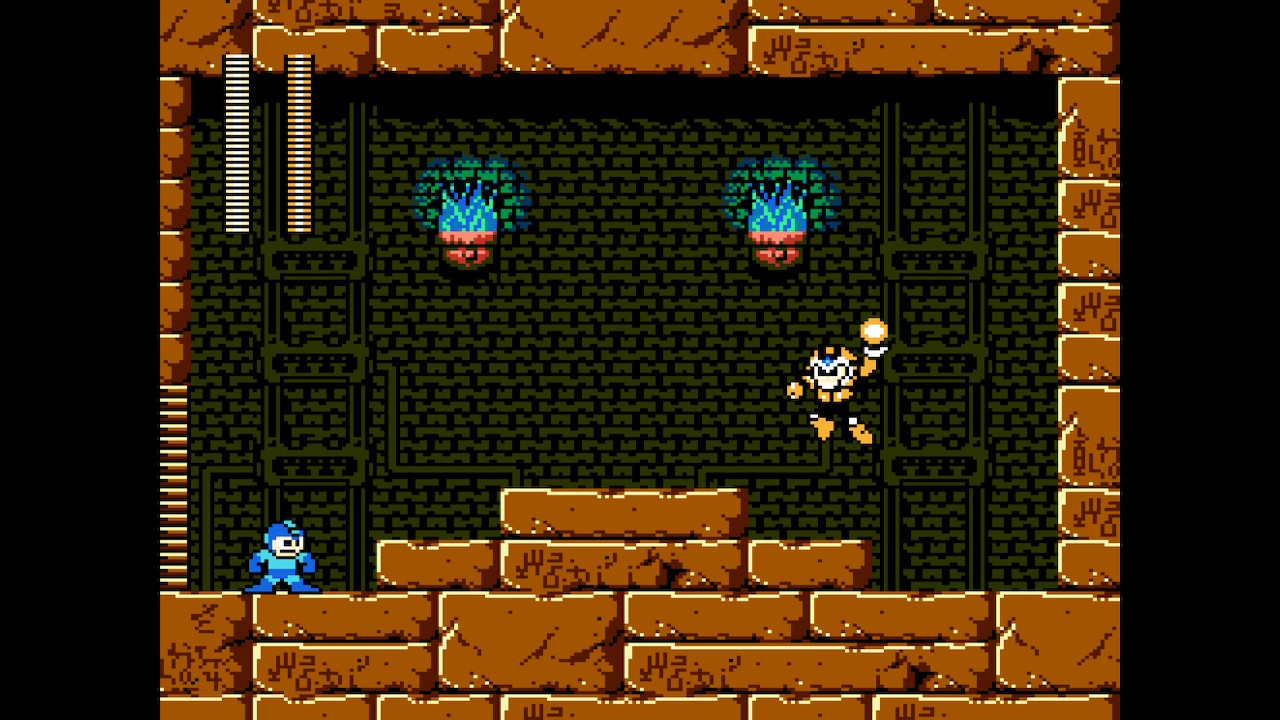 This time around, the bosses are again almost consistently challenging, with one or two trivial bosses and two being absolute assholes. With a standard shot, everyone is beatable, but Bright Man and Drill Man are a pain to deal with. If you are using the correct weakness, the battles are still reasonably challenging, except Pharoh Man who is extremely trivialized. Also, it's important to mention that with the Charge Shot, you now have even more options to deal with these baddies.

Of the eight, Dust Man deserves a special mention for his attack animation. A junk block is generated from the vacuum space in his head and then ejected as a shot. It's one of the first enemy attacks where you can actually see the shot being generated in a way that makes sense with the design of the boss. 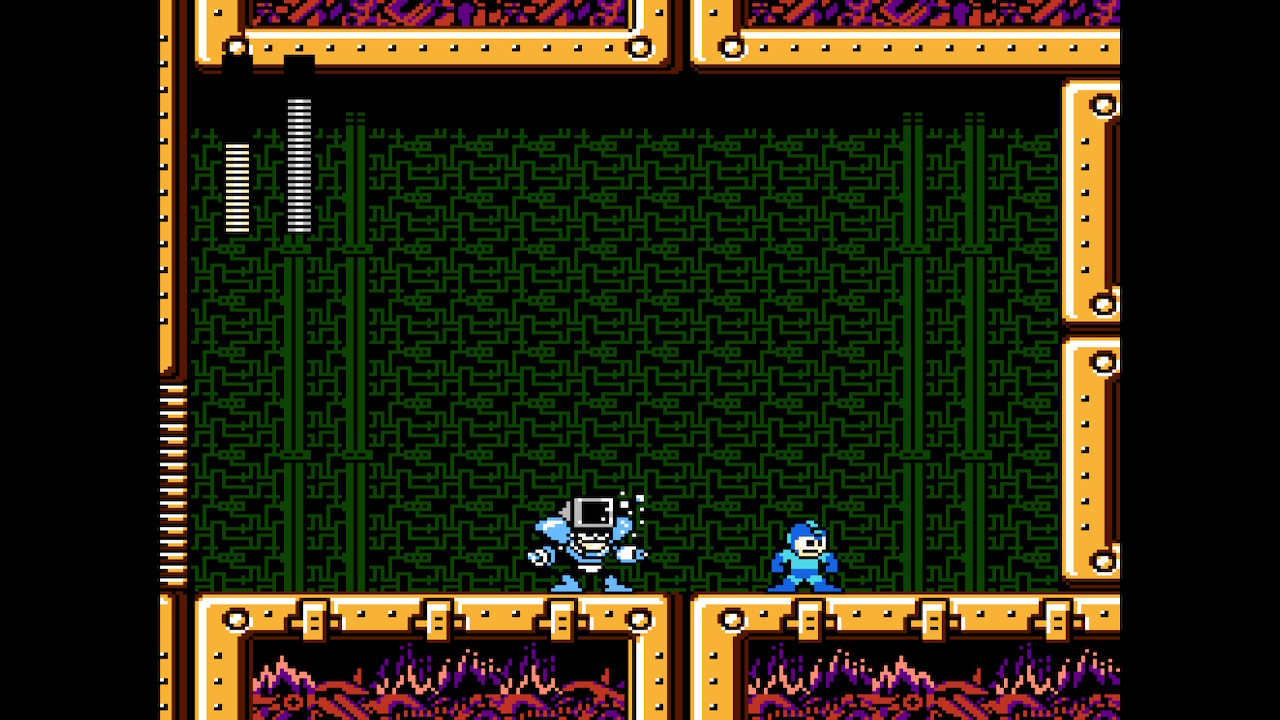 Speaking of boss designs, the two castle bosses are still a combination of interesting gimmicks and/or bigger sprites. I don't remember anything too interesting, except one boss where you need to get into a platform moving at high speed in order to shoot the core on the inside. One thing I noticed is the Charge Shot is now the prime weakness of many of these castle bosses, which at least means you won't run out of the necessary weapon at the end of the game (make sure to keep the Pharoah Shot locked and loaded for the final boss).

Two elements contribute to this not being a very good Mega Man soundtrack. First, the fact the melodies themselves are either not as catchy, or the tracks are too busy to be memorable. Second, the constant droning sound of charging the Mega Buster, which takes one of the four NES sound channels and either drones one layer in the music or a sound effect. I am not sure if I remember correctly (I will confirm in the next few blogs), but I feel this was a bit improved in the later games.

Regardless, there are still some good tracks in the game, even if none are better than the ones I covered before:

This track starts with a bang. A rocking start that somehow calls back the "Got Weapon" motif, it then goes into what feels like two versions of the same rocking melody. One with a slightly underwater tune, and the other has Mega Man go out of the water with a triumphant bang. For a water level, this is unusually energetic and only seems to relax for the brief moment at the end of the tune, with a cool countermelody before it loops back to rocking the player.

Skull Man was one of the development team's favorite bosses. According to Keiji Inafune, they redesigned an already planned stage to better fit his design, which explains the excess bone elements in that stage. My guess is that his theme is also a favorite to many as well. It starts with a determined melody that's similar to other tracks, accompanied by an energetic drum sound and other electronic percussion beats, and that's really good. However, it is in the second part of the track where it really shines. The secondary melody has a sharper sound to it with a slightly creepy vibe that expertly goes back to the original melody without missing a beat. Both this track and Dive Man's Stage are featured in a cool rock remix in Super Smash Bros. Ultimate.

As is now expected with the castle songs, either the drama or action is usually amped up. This track begins immediately with a melancholy and slightly tragic melody. Somehow, I don't feel the energetic percussion supports that mood though, especially with the high energy beat effects at the 20 seconds mark. Maybe that's more in line with the latter part of the track, which is a more determined melody that switches after a quick piano sequence. It's this more determined side to the song that makes me notice the song, especially as it ends with a catchy tune. I should also mention the Russian-inspired melody in the first Dr. Cossack Stage theme, but that track is shorter and less interesting than this one. 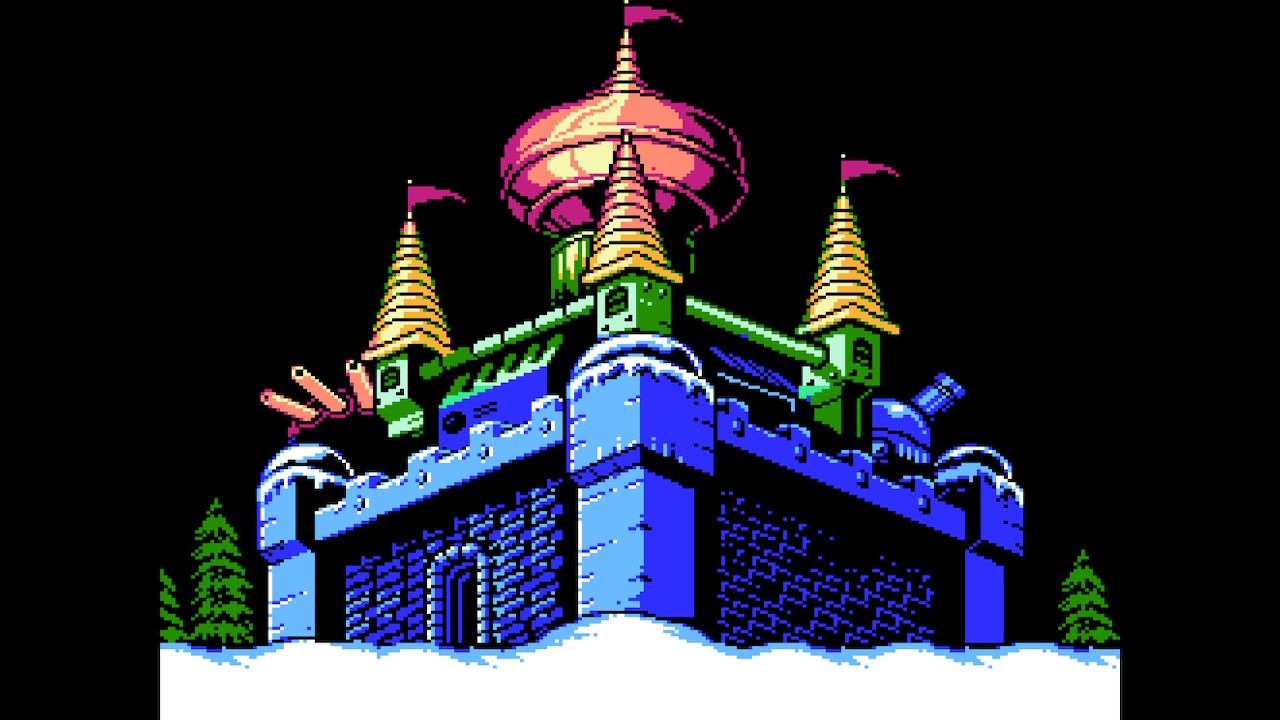 Released before Capcom and the world realized the power of the 16bit consoles, it didn't yet feel like the franchise was holding itself back. Sure, the formula is the same, but that's nothing to complain about if you are getting the same top-notch Action Platforming quality the series is known for.

Simple iterative changes were enough, and perhaps the Charge Shot should not have had as big of an effect as it had. While its effects on the game's balance are certain, I found that to be a bit overblown. What's not overblows is the minor annoyance of holding down the charge button while moving, and the major annoyance of the charging noise disturbing the game's sound.

With a weaker soundtrack and a standard set of Robot Masters and stages, this wasn't one of the best early Mega Man games. Undoubtedly though, its influence with the Charge Shot lived on through the future, for better or worse. 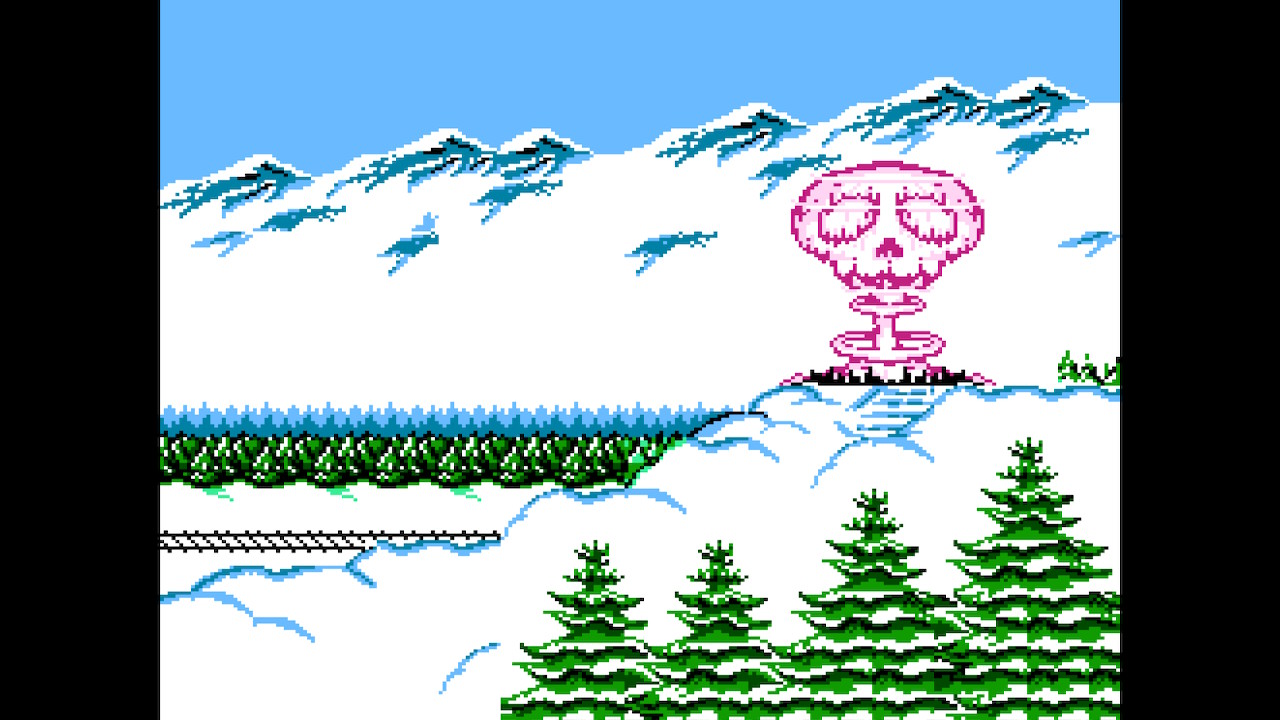 Rankings: While it may be, objectively speaking, a better game than Mega Man 1, I still have more fun with that game, so down to the bottom for this game.