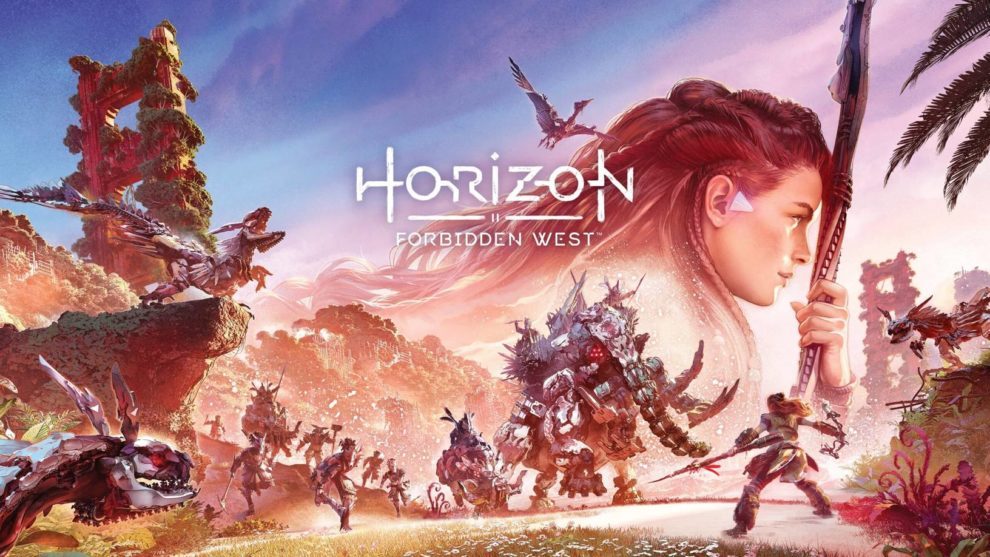 Horizon Zero Dawn has been a revelation; not just for Guerrilla Games, but for the action-adventure genre as a whole. The world that they’ve managed to craft is nothing short of astounding, housing an ecosystem filled with dynamic machines and lush forests that all serve their own unique purpose. The care that they’ve placed into each individual area is something that we don’t see often in games; much less when they’re set in post-apocalyptic environments! That being said, where there is good, there is also always bad. So while the game as a whole has been nothing short of amazing, there were some areas of it that left a little bit to be desired. The main example of this being its side missions – or more commonly known amongst gamers as the ‘optional objectives.’ Now whilst these side quests aren’t exactly what you would call “bad,” they are certainly underwhelming in comparison to the rest of the game.

Welcome to the Forbidden West

With this sequel, players are given access to a brand new area within the world of Horizon. Now before we go any further, it’s important to note that this isn’t a completely separate location; instead being a large region of the world that lies to the west of the main map. That being said, the Forbidden West is still a pretty sizeable chunk of land, and it’s home to a host of new machines and characters. In this particular region of the world, the tribes that make their home in the northern territories have discovered a long-forgotten ruin. Now whilst this discovery would be incredibly significant in almost any other game, in Horizon, it’s merely just a blip on the radar. All the tribes care about is whether or not there is any “good loot” within these ruins.

A Synopsis of Events

With that being said, the actual story of this sequel is relatively simple. All of the tribes in the north have decided to come together and explore this ancient ruin. What they find within it is both shocking and somewhat predictable at the same time. That being said, the story that is presented here is still good; at least in comparison to most side quests. The tribes explore the ruins and find that they’re home to the Carja, who were the former rulers of the land before the world fell into chaos. Within the ruins, they find evidence that the Carja were performing experiments on machines. If you’ve already finished the main story you’ll know that this isn’t something that the Carja would’ve done willingly. 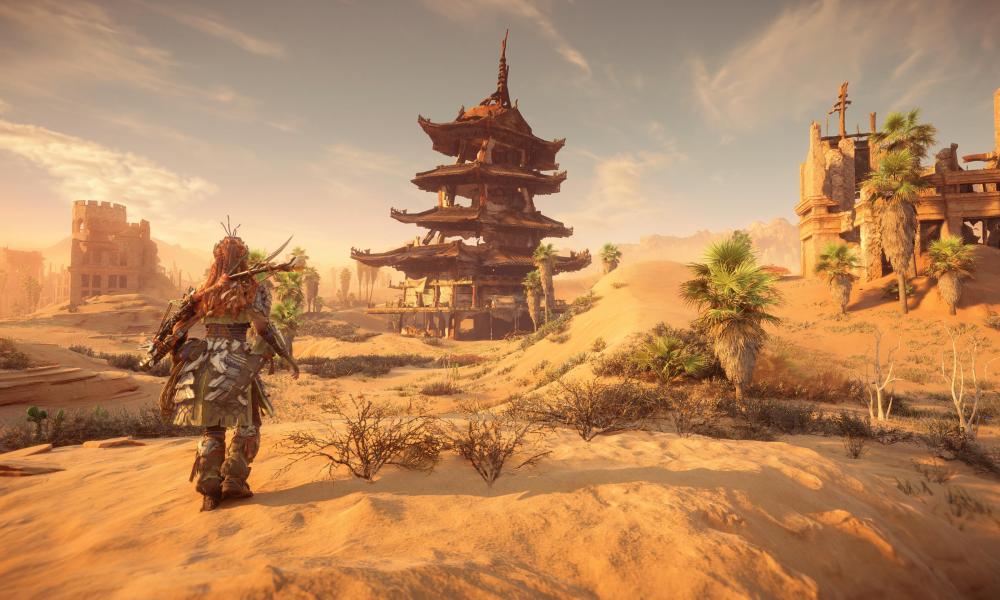 The main draw of this game is that it gives players a brand new story to dive into. Whilst it may not be as long and fleshed out as the main game, it does manage to provide a few hours of entertainment. It does a decent job at answering some of the questions that you may have had about the world, and there’s also the added bonus of meeting some new characters. Overall, the story is enjoyable, and it does a good enough job at keeping the player interested in what’s going on. It also does a pretty good job of providing a little bit of closure to the main story. Although it doesn’t really tie up any loose ends, it does have a little bit of a tying theme to it.

One thing that the main game actually struggled with was the fact that the machines were actually a bit too easy to defeat. Now don’t get us wrong, they were still a challenge; they just weren’t very hard to kill. Now, they’ve actually managed to rectify this issue. The machines in the Forbidden West are a lot more powerful than those found in the main game. This actually leads to a rather interesting mechanic where if you see a machine on your map, you’ll have to decide if it’s worth going after or not. If you’re playing on a lower difficulty, it’s certainly possible to defeat these machines, but for the most part, they’ll be out of your league.

One of the main problems with the main game was that it was really easy to build a lot of stuff. Now obviously, you’d want to build a lot, but it was far too easy. Luckily, with this DLC, that has been rectified. This means that players will actually have to hunt for materials to craft new items, and even when you do find them, it won’t be as easy as it was in the main game. Now this doesn’t mean that crafting is now impossible. You’ll just have to put a bit more effort into it. The scrap hammer is the new item that is provided to you within this DLC, and it allows you to break down scrap and resources into usable materials. This is incredibly useful for those that don’t want to spend hours hunting for materials. 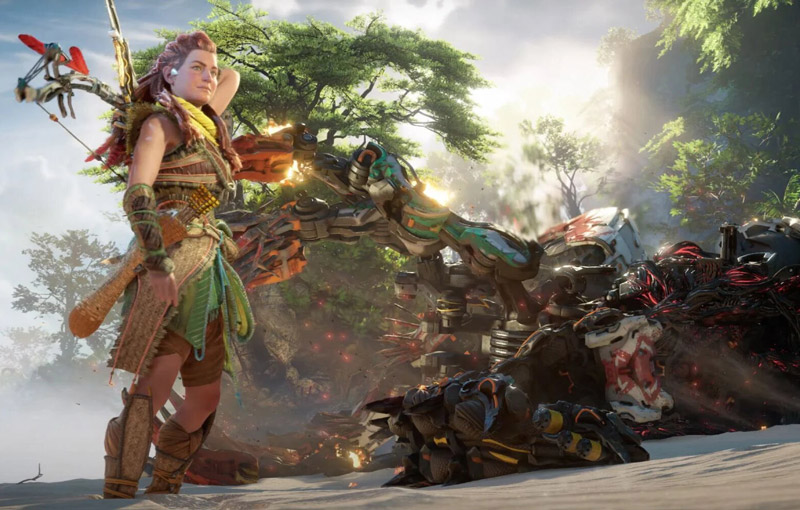 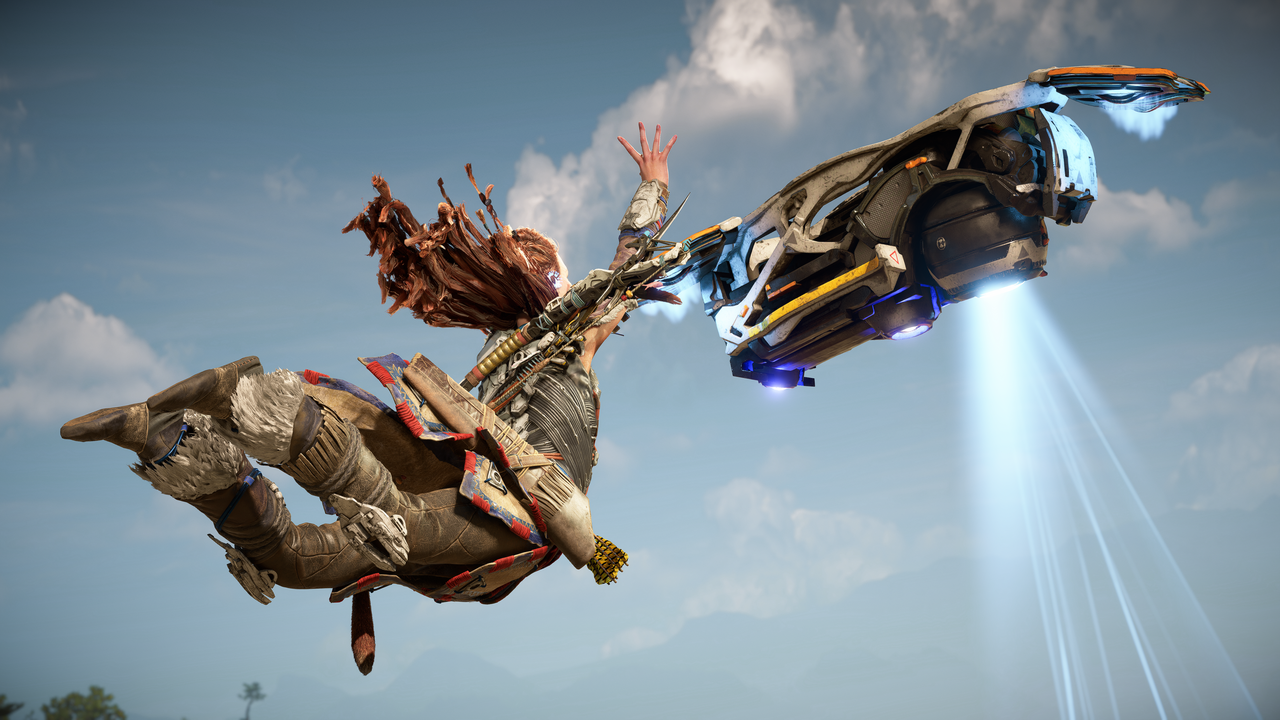 If there’s one thing that’s been consistent with the side quests in the game, it’s that they’ve all been collectibles. This is the case with this DLC as well; with players being tasked with collecting cauldrons. Now whilst collecting cauldrons isn’t necessarily a bad thing, the way that they’re delivered is a little bit questionable. The cauldrons are hidden throughout the world and are usually in places that you’d actually miss if you didn’t know that they were there. Now whilst this is common in a lot of open-world games, it’s not very consistent in Horizon. The main game actually has collectibles that you’d actually notice if you walked past them, but within the game, they’re very easy to miss. Now, this isn’t necessarily a bad thing, but the way that they’re presented is very poor in comparison to the rest of the game.