I think not caring about my backlog makes me happier, I prefer thinking of it like a huge menu full of treats instead of a colossal, unbeatable enemy to slay. So, without further ado, here is the stuff I’ve played last February: 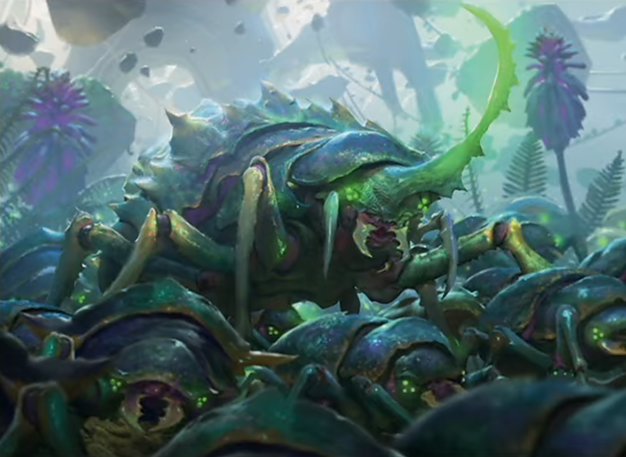 The new set Kamigawa: Neon Dynasty just released, and it basically is japanese cyberpunk flavored Magic. I’m mainly a Draft player and was very hyped for this set, however I’ve been performing poorly on the draft events I’ve played and wasn’t able to score enough gems to keep drafting as much as I would like to, as gems are premium currency and Drafts are paid events and I’m a f2p player. I think this plus the fact that I’m tired of doing daily quests are making me feel burnt out from the game and I’ve been taking some time off from it. 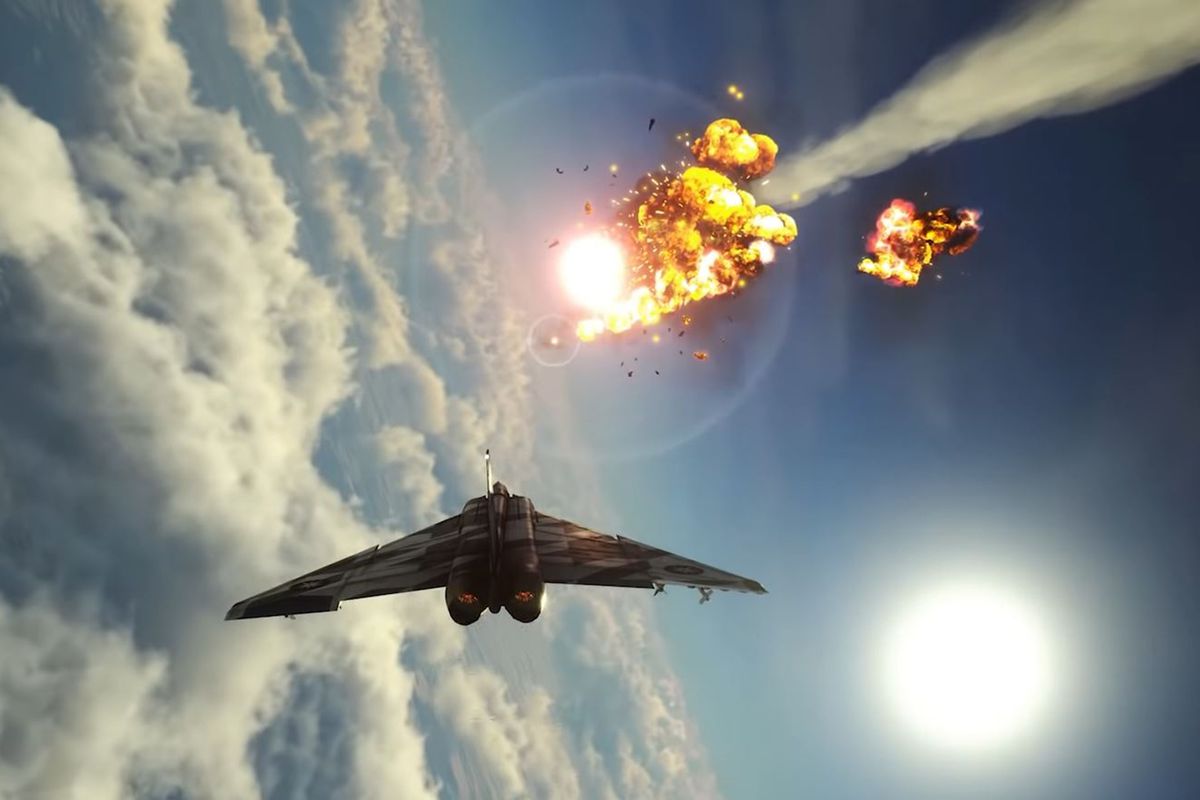 Went in expecting indie Ace Combat and it pretty much is it. The story presentation is a lot more sterile and clearly cheaper, but the game itself is very pretty. Missions are a lot simpler, usually “destroy all this shit and that’s it”, but after how much convoluted were some AC7 missions I do think it is kind of refreshing. Pretty fun so far!

The Legend of Zelda: Ocarina of Time 3D Randomizer 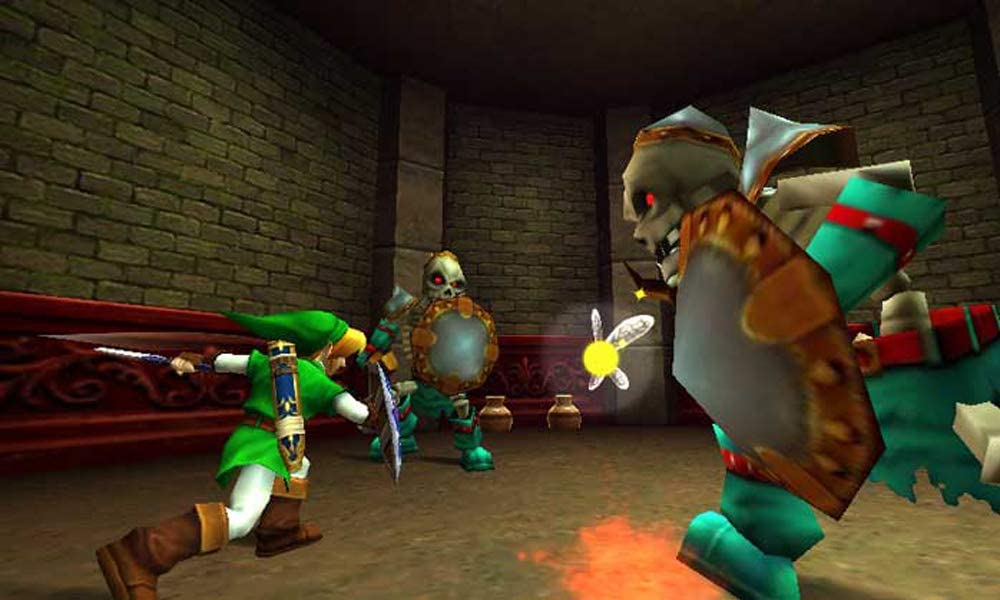 I’ve been curious to try randomized OoT for a while, and then I found out there was a randomizer for the 3DS version and decided to clean the dust of my console and give it a try.

I have a really hard time playing games that I’ve already beaten because I usually lose interest pretty quickly, but I found out that randomizing the items made the experience feel a bit like playing it for the first time, blindly fumbling around and failing miserably at finding the way to proceed the adventure. The downside of it is that I never beat Zelda games with 100% collectables completion, and as the randomizer lacks a “critical path”: progression items may be ANYWHERE and I need to play it as if I was trying to do a 100% run. I’m currently stuck at it and decided that I won’t continue until I grab a tracker tool to check out which items/NPCs/locales are missing, but I having been procrastinating doing so since then. 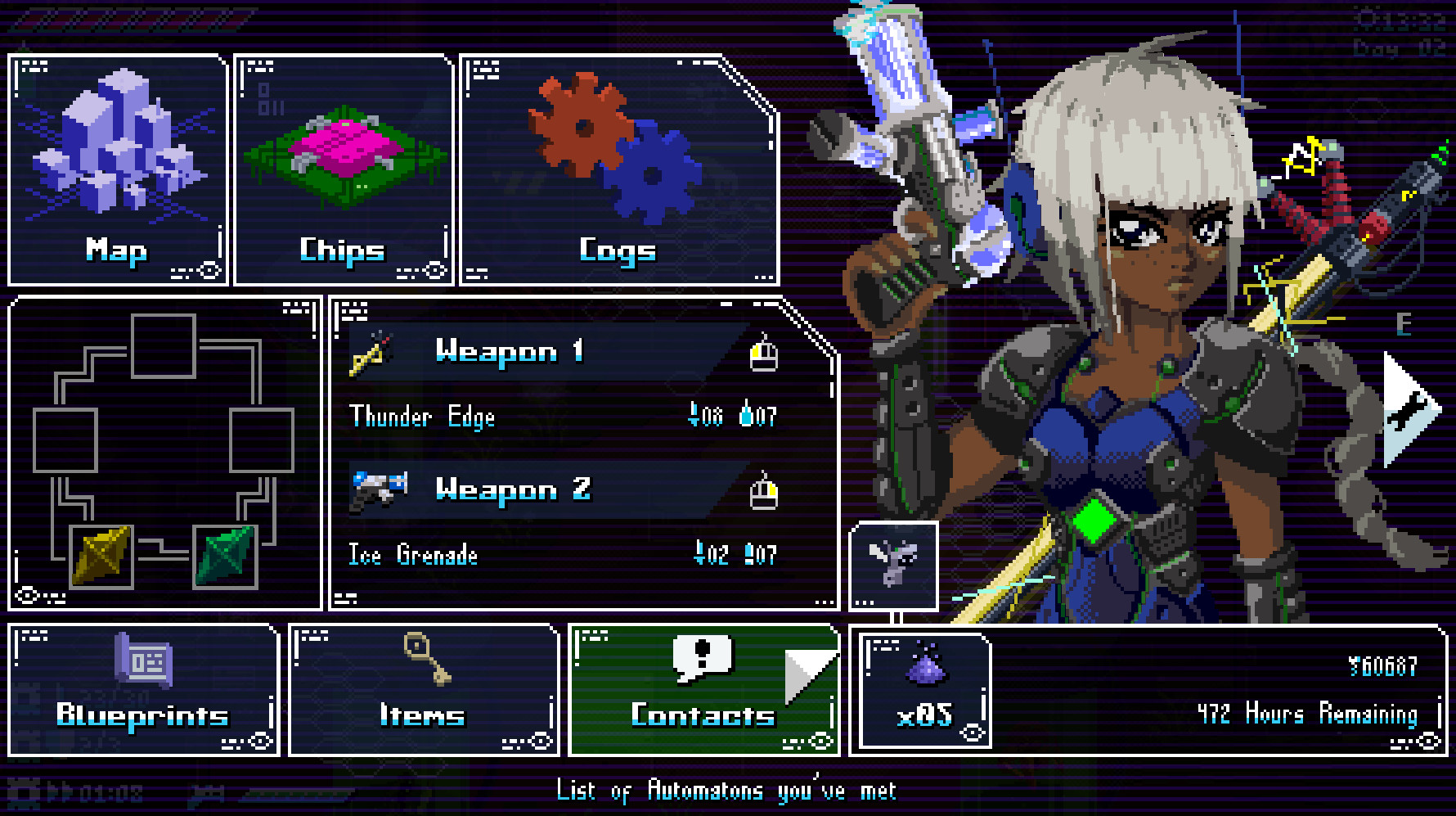 This one I’ve been following its development because I started following one of the devs on Twitter and from time to time one of Tiani’s amazing pixel art tweets would pop up on my feed. Also, they are Brazillian, just like yours truly!

Since then I’ve been spreading the word on it because I think both devs seem to be some really neat persons, and also I saw that the game had barely any media coverage: reviews were few and rare. That said, the few ones out there would almost always score it very highly. Recently it went on sale on Steam so I ended up buying to put my money where my mouth is, haha.

Unsighted basically is what happens if you grab a topdown Zelda game, put in a metroidvania styled exploration flow and also get in there an angry and fast parry based combat system. Got it? Good. Now also add some lesbian androids and bam, that is Unsighted!

The game has a never stopping countdown timer and every android there has an expiration date, including not only NPCs but also the protagonist herself and her fairy sidekick. You can turn off this timer on the options if you want to, but I was curious to try it with the timer on. Spoiler: a bunch of NPCs kicked the bucket before I finished the game, partly because I'm the slowest player alive.

I loved this game! Exploration feels super good, combat gives you a good amount of different weapon choices and almost every dungeon item also has use in combat. The only thing that really whooped my ass was the parry system, because I do have difficulties with timing based parries/counters in games in general. But other than that I really liked it a lot from start to finish!

Friendly note: this game is on Gamepass, if you are a subscriber go there and download it ;) 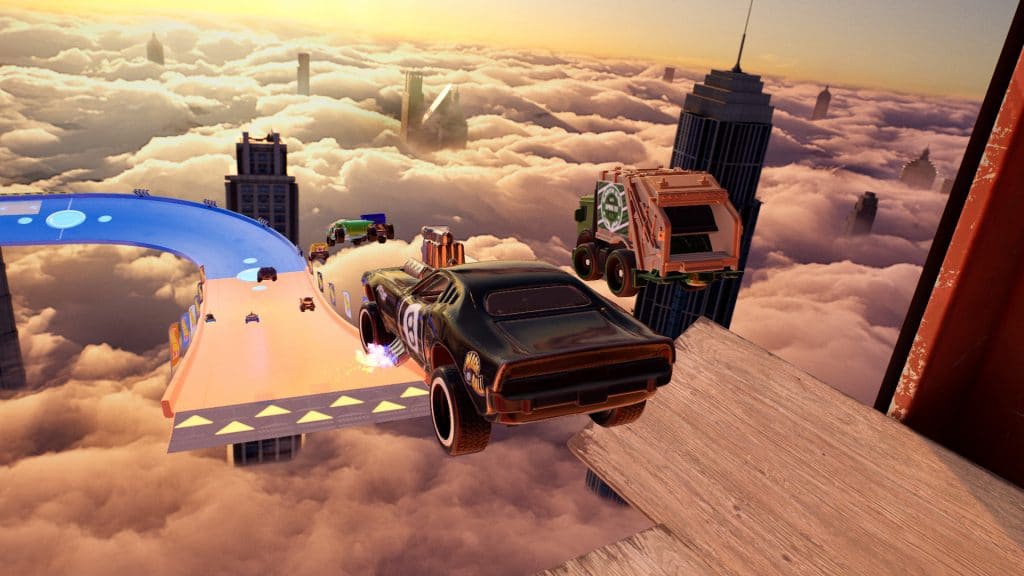 Grabbed this one because it looked fun and also because my kid have a Hot Wheels collection, so it seemed to make sense. Turns out that this ended becoming one of my favorite racing games ever! I mean, this game has some rough edges, the sharing of custom creations definitely could be better, the online modes, but the gameplay feels really really good and most of the tracks are pretty great. The toy car models are impressive as they really look like a toy car, and the “giant” backgrounds are super detaied and well done.

One aspect I don’t like very much is how most of the progression (AKA getting new cars) is based on a F2Pish daily quests + loot box model on a paid game. Also I don’t like how there is A TON of paid content in the game and how they show paid locked stuff side by side with the stuff you actually own on the selection screens, etc.

That said, I had a lot of fun with the base game and did beat 100% the main campaign and also bought and fully unlocked the Spongebob battle pass haha.

That was all (I think) for the month of February, I’ve procrastinated so much that it is already almost April and I need to write March’s blog haha. XOXO