Thoughts on the EVO 2022 Lineup 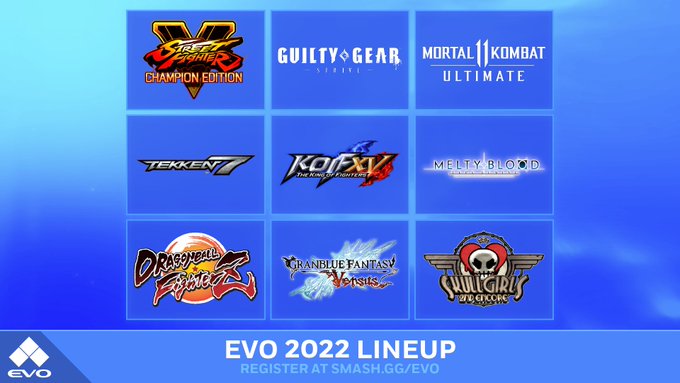 I haven’t done this in a while. The last time we’ve done a blog like this was two years ago, and that was before COVID hit that year. Anyway… we’re back!

As you all know, Sajam and Tasty Steve hosted the EVO 2022 Lineup Reveal stream, assisted by different members of the FGC such as Sharpie, Hellpockets, James Chen, and many more. And guess what? EVO is back offline once again!

It’s been two years since I made this blog, so here’s a refresher on how this works. These are all my personal opinions about how I feel on the lineup. And once again, I will not mention Street Fighter at all because as I stated multiple times since I started doing this blog: EVO was birthed from Street Fighter since 1996, since it’s a guaranteed lock. I will break my own rule once Street Fighter 6 comes out.

With that in mind, let’s get started! 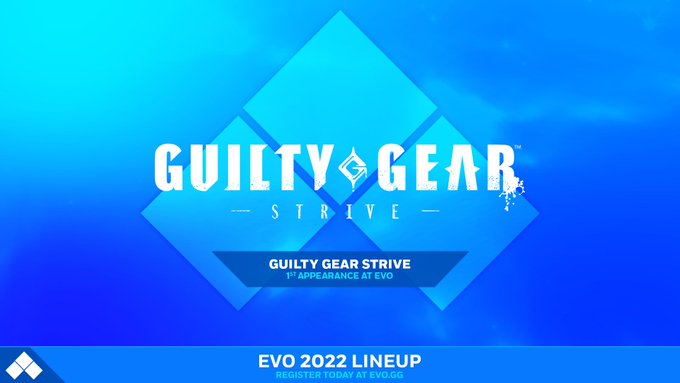 Let’s be real here, there was no doubt in my mind that Guilty Gear -STRIVE- would make it to EVO. While I’m not a fan of certain anime fighters, it is great to see -STRIVE- make its offline EVO debut this year as part of the main game. Yes, I know that EVO Online 2021 was a thing, but since it was an online format, it didn’t count.

This is the first time in which -STRIVE- is part of the main game lineup at EVO. The biggest question of all is who will be the first winner of this game? 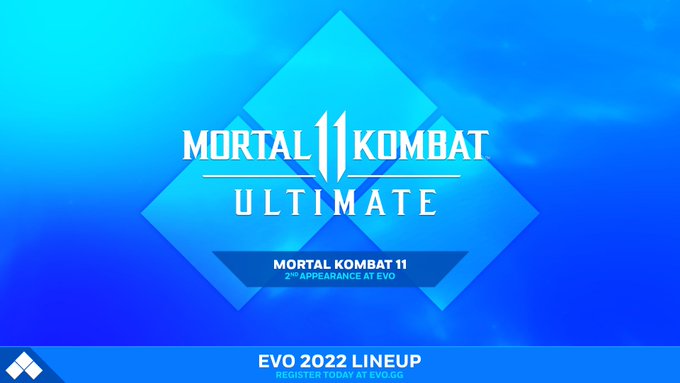 Back in 2020, a lot of fans were upset that Mortal Kombat 11 didn’t make it to EVO that year, and as a result… COVID happened, plus the certain allegations that hit, which led to EVO being canceled that year. And yes, it appeared at EVO Online 2021 based on the different continents.

And now, Mortal Kombat 11 Ultimate is returning to EVO this year as one of the game’s main lineups. It makes sense, considering that this is the 30th Anniversary of the Mortal Kombat franchise. I may not be a fan of the game, but I do appreciate the community that supports it.

When we last saw MK11 offline, I mentioned three years ago that there was a NRS cycle which involved Sonicfox winning at EVO for that game. And it happened again at EVO 2019 three years ago. Will we see a new champion rise? Or will the cycle continue? 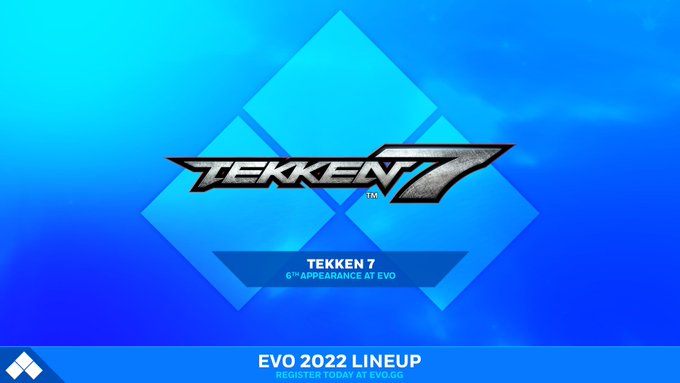 GOOD ASS TEKKEN IS BACK AGAIN, THIS TIME ON SEASON FOUR!

I always look forward to Tekken 7 at EVO since I love supporting 3D fighting games like Virtua Fighter, DOA, and SoulCalibur. Tekken 7 returning to EVO as part of Season Four is going to be insane.

Back in 2019, Arslan Ash made history by winning back-to-back EVO tournaments in the same year: EVO Japan 2019 and EVO 2019. And then last year, we had EVO Online 2021 which involved various winners from different countries. But now that we’re back online, who will show the world what Good Ass Tekken is all about? 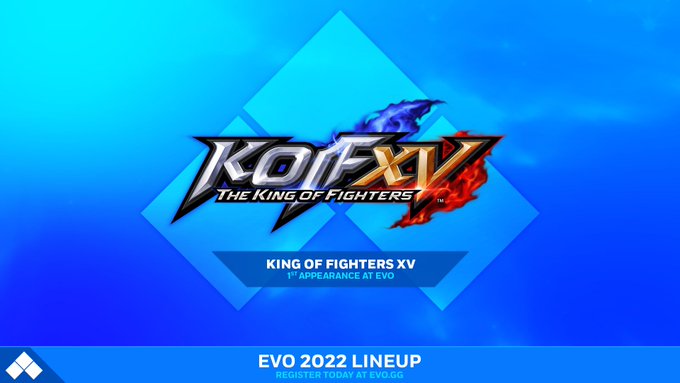 During EVO 2019 after the end of Samurai Shodown Top 8, we were HYPE to see the announcement of the latest entry of the KOF series. And it has been five years since we’ve seen a KOF game at EVO with KOF14.

The King of Fighters XV makes its EVO debut this year, and I can’t wait to see what the KOF community has in store for this tournament. Who will be the one to Shatter All Expectations by winning KOF this year at EVO? 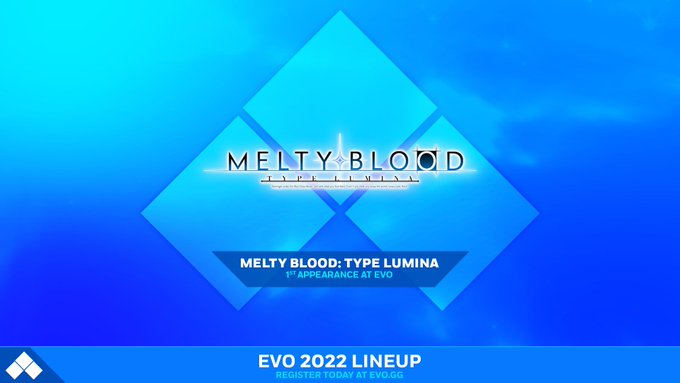 The last time we had a Melty Blood game at EVO was 12 years ago with Melty Blood Actress Again at EVO 2010. And now Metly Blood is back at EVO with the latest entry of the series, Type Lumina

Believe it or not, I actually enjoy Melty Blood. That game is actually one of my guilty pleasures and I happen to own MBAACC on Steam. Great game. I also saw Type Lumina at NEC 2021 a few months back and I thought it was hype.

With a brand new entry in the series, who will be the first winner at EVO? 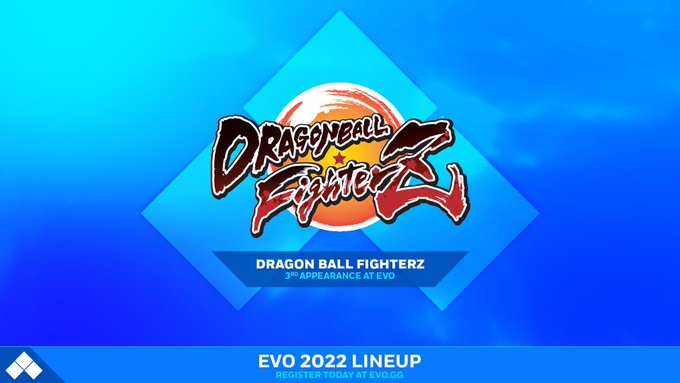 The game has been out for four years and it still gets love to this day. On top of that, they recently added Lab Coat 21 as a playable character.

DBFZ returning to EVO is not as surprising, but it’s great to see the community thriving with this game, especially since the online is… still not good. But now that EVO is back offline again, the hype for this game will be as loud as hell. 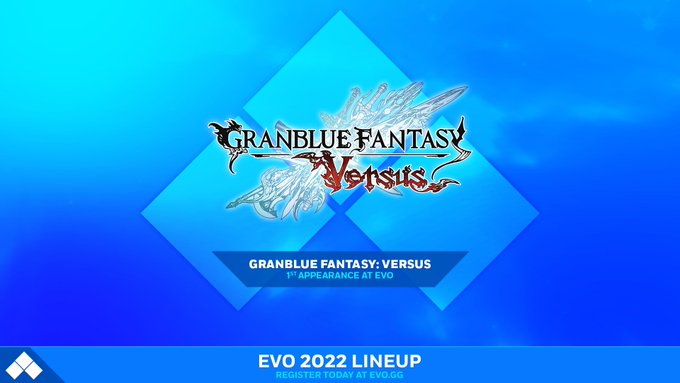 Back in 2020, I was surprised that this game made it as part of the lineup, but it never got a fair chance because of COVID and other things. And now it’s going to make its official debut at EVO this year!

As I mentioned before, this game kinda reminds me of Blade Arcus, but I also want to add in the fact that this game also reminds me of Red Earth and that game had some RPG elements. After watching the exhibition, I felt like this game has a lot of great moments. Here’s to the GBFV community at EVO this year. 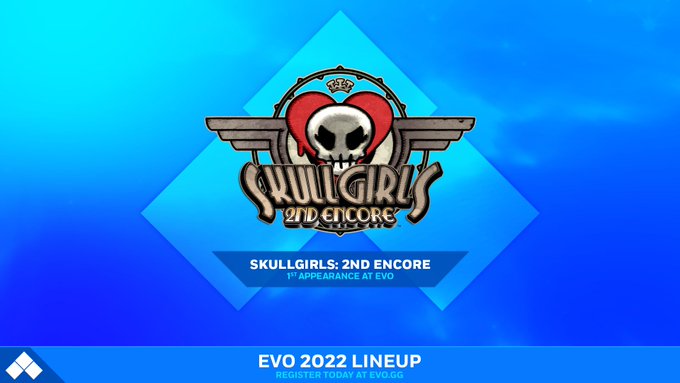 For years, the Skullgirls community wanted their game to be on the main stage at EVO since it first came out. From the original, to Encore, to 2nd Encore, it was at EVO as a side tournament. And now for the first time ever, Skullgirls 2nd Encore finally made it to EVO as part of the main lineup.

It’s been a long time since I played Skullgirls, but the game has received various changes since it first came out. Even people such as Sharpie for example have been showing a lot of support for this game for years and it finally paid off. Who will be crowned the first-ever Skullgirls champion at EVO this year on the main stage?

Not gonna lie, it feels great to have offline tournaments again! Welcome back to EVO, FGC.