Elden Ring Review: Not The Game, Its Popularity

Henry David Thoreau once said “Enthusiasm is a supernatural serenity.” Keeping that in mind, it seems our industry is in no danger of running out of this supernatural serenity any time soon. In fact, the only time it seems to begin to falter, if history is any indicator, is the exact moment the game responsible for all the enthusiasm actually releases.

Why is this? Well, a few reasons come to mind: Rushed development and failure to live up to the hype trailers and leaks generated in advance being chief among them. We’ve seen it again and again – games that are touted to be the next big thing only to release to mediocre (or worse) reception. They’re torn apart by critics both professional and enthusiast alike and quickly fade into oblivion thus freeing the gaming populace to focus on the “next big thing”. Caveat emptor ad nauseam. 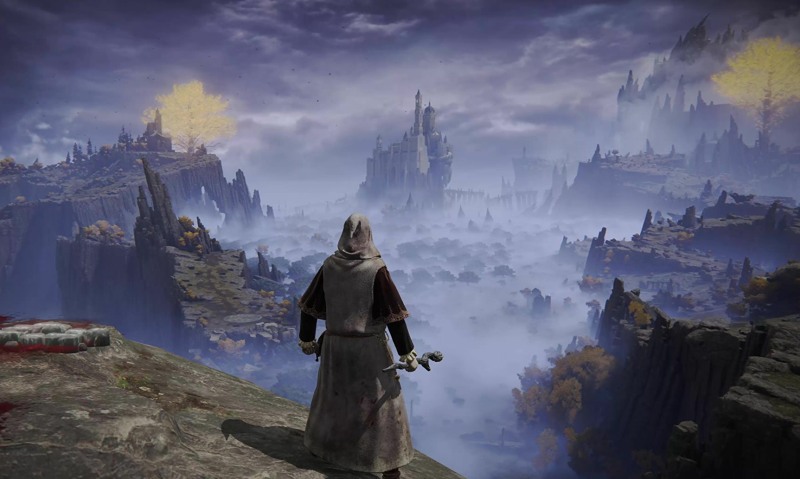 All of this leads us to the subject of today’s post – the rarity of a seeming improbable occurrence in Elden Ring’s critical success. The pre-release hype was easy, predictable, expected even but here we are a couple weeks post-release and the enthusiasm seems only to be growing. Suffice to say, this behavior is highly unusual and warrants closer examination. My goal in this editorial was to simply review the game but in playing it for several days, being immersed in the hype that seems to have worked its way into the farthest corners of the internet and, having read (or watched) oddly unanimous glowing reviews from nearly every gaming publication on the planet; I’ve concluded it far more interesting to instead examine what about this game has allowed it to succeed where so many others before it failed. 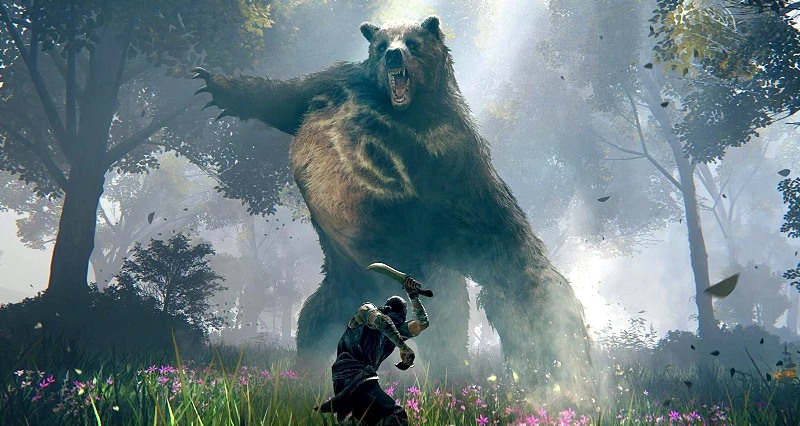 The Elden Ring story begins with Japanese developer From Software, a label perhaps best known for its “DarkBorne” third person, sword-swinging, combat-based Gothic adventures, even though the company has been around since the early NES days (1986).

Their biggest claim to fame prior to the DS phenomena was actually a licensed property in Armored Core. In fact by the time the first DS title arrived to their catalog back in 2009 (PS3), it was already the developer's fiftieth title.

Their games since, though almost always acclaimed critically, are generally a bit more polarizing in the gaming community at large for their steep learning curve/ unforgiving nature. Difficulty is a subjective unit of measure, of course. More specifically the combat is heavily dependent upon timing, often stiff and slightly input-delayed and, in general, the games are known for not holding the player’s proverbial hand. Many of the elements comprising the games’ objectives and battle-winning strategies are left to the player’s discovery and perseverance. 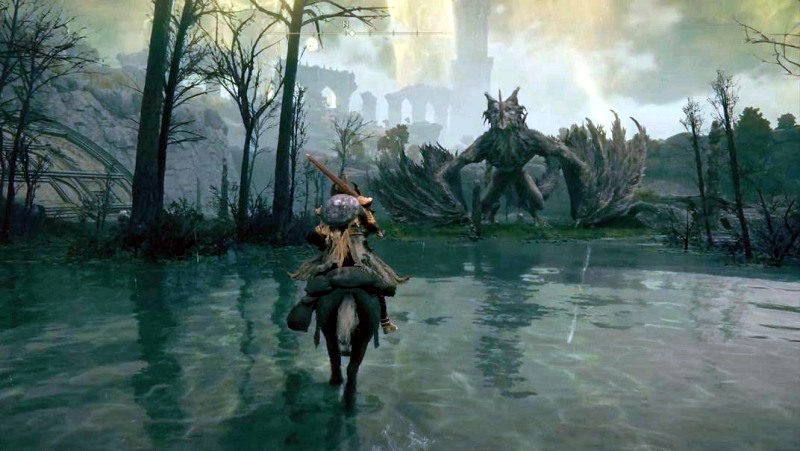 Elden Ring, too, makes use of this style combat methodology, having been built upon a slightly tweaked variant of From’s 2015 Bloodborne engine, which itself was reworked already for 2019’s Sekiro: Shadows Die Twice.

New here are essentially two key components to the tried and true formula forged by the From titles that preceded it: A true open-world environment and a setting decidedly more “epic fantasy” to borrow from the literary classification system, a point driven home by the narrative involvement of Game of Thrones author George RR Martin. If you’re going to attempt to make a splash in a pre-existing arena, it’s wise to partner up with one of its established masters.

So here’s where I’m supposed to talk about the game itself. You want to know if it’s fun, if the graphics are pretty, if the unapologetic difficulty is present. Trouble is, mine would be but another drop in an endless bucket review littering cyberspace. There are hundreds of these out there already. Maybe more. I need not add to the pile. 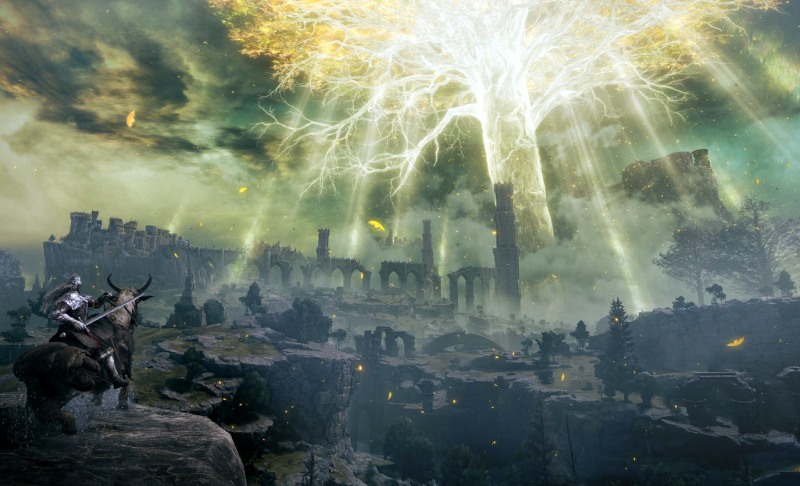 Rather than share a subjective and redundant viewpoint of a software title that, ultimately, only you can decide whether or not you’d enjoy, I will share some interesting stats concerning these first few weeks of the game’s release: Elden Ring has already broken every one of From Software’s sales records and its Steam numbers are roughly six times greater than the brand’s previous high mark. Having been out for under two weeks at the time of this article’s writing, it has already become Steam’s sixth most played game of all time. Despite a robust challenge, it is already considered by many to be From’s most accessible title. Moreover, its popularity seems to have sparked consumer interest in the developer’s entire back-catalog, with sales spiking on DS, Bloodborne and Sekiro copies/ downloads. So encompassing is the game’s appeal that guides are being penned up to steer intrigued but intimidated gamers to existing titles to serve as less-difficult “gateway drugs” to the big show: Games like Nintendo’s Zelda Breath of the Wild and Capcom’s Dragon’s Dogma. 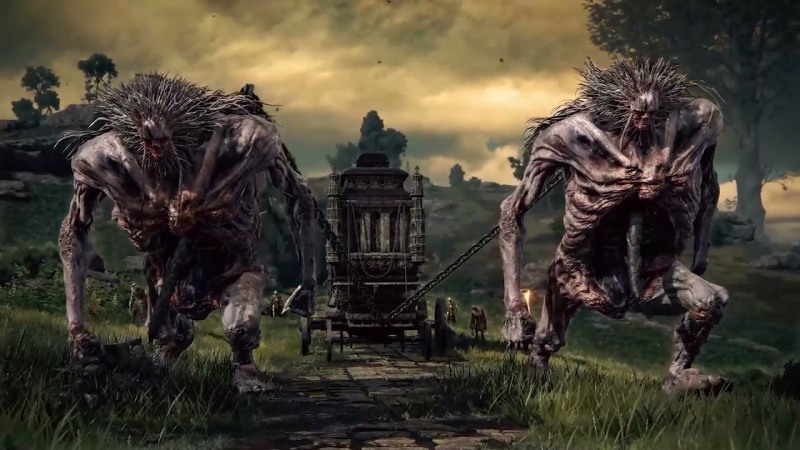 If I were to venture my own opinion as to a part of the game’s meteoric success, I’d point to a variety of factors culminating perfectly with a bit of good timing to boot. Hidetaka Miyazaki/ From Software’s games typically enjoy solid releases for their consistent, solid gameplay and epic fantasy is a genre capable of amazing tenacity when done right. One need look no further than to the success of games like Skyrim (30-million units) or World of Warcraft (14-million) to realize that the market has limitless appeal to gamers of all skill level and interest.

The world at large has been anticipating fresh fantasy entertainment since the lackluster conclusion of the above-mentioned Game of Thrones HBO series; a situation that likely won’t be remedied until its own prequel series House of the Dragon releases in late 2022. Martin’s involvement in Elden Ring makes the whole pot only that much sweeter. 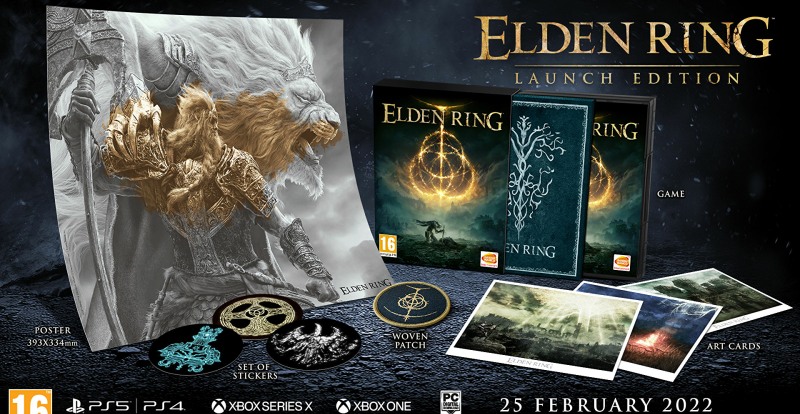 One thing’s for certain, enthusiasm and hype in the video game industry is a literal daily occurrence where upcoming games are concerned. Much rarer is that diamond in the rough title that not only manages to live up to expectations upon release (and keep in mind Elden Ring was first announced all the way back in 2019) but actually manages to surpass them. Whether or not it’s the game for you and your particular needs in gaming entertainment is a question only you can answer but even if it isn’t to your particular taste, a release of this magnitude inspires developers the world over to up the ante and bring out their best to try and dethrone the giant. I think they call that supernatural serenity.