Mission for play-through: Do a “perfect play through” finishing all subquests, and compleating the Demon chart, get best sword “Onmyo”

Requierments: Play through twice to be able to do the Raiho quest.

Devil Summoner: Raidou Kuzunoha vs The Soulless Army is a game in the long running Devil Summoner franchise. While it's the 3rd game released in the franchise it's the first game in continuity. I picked up the game a little bit after Raidou 2 came out. I bounced off the game very hard when I first played it. I ended up lucking out and finding the the stratagy guide in a used game store. With that in hand I managed to finish it.

In canon the game takes place in the fictional Taishou 20, This sets Raidou during 1931. The game leads directly into Devil Summoner 2: Raidou Kuzunoha Vs King Abaddon, and there's no game before it. This game and it's sequel can eventually lead to Persona or the Shin Megami Tensei line of games depending on how the second one plays out. The game opens with the titular Raidou going trough a training tutorial to become Raidou Kuzunoha the 14th. In game Raidou Kuzunoha is a title a Devil summoner can achive. Once you Finish this you will be assigned a black cat name Gouto to watch over you as you defend the capital. Gouto is an interesting addition, he more or less acts as your your inner monolog, this helps the story greatly since Raidou is a silent protaganist. Only Devil Summoners can understand Gouto. He's a bit like Morgana in Persona 5 in this sense. You're also assigned a base of operations, the Narumi Detective Agency. A man name Narumi runs it and is pretty likeable. The last major Character is Tae, a spunky reporter who knows the goings on in the capital. 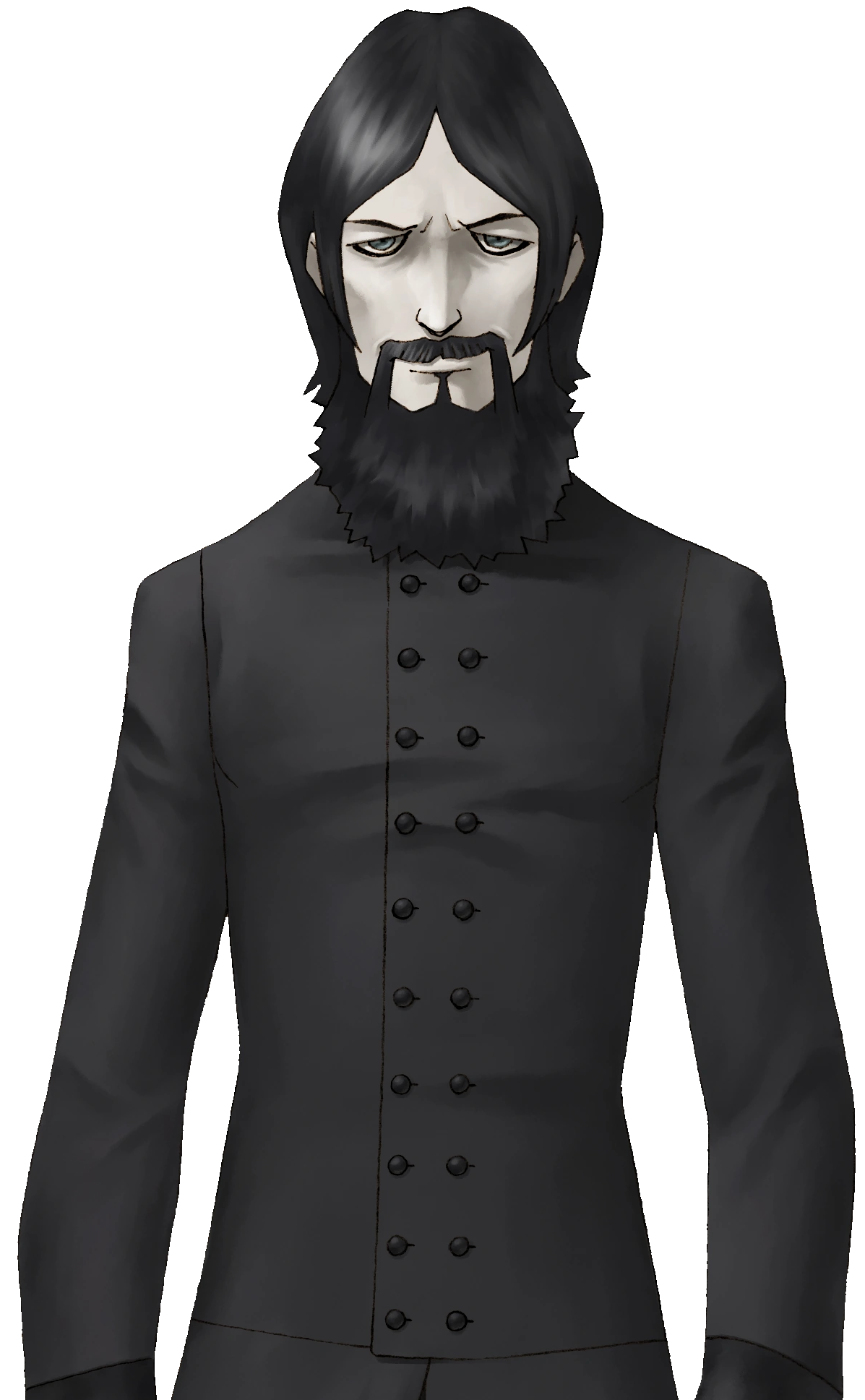 The game itself is modelled after a pulpy detective serial complete with episodes. I like this in theory but in practice it causes some drag. The story itself starts out with a bang. With a girl named Kaya hiring the detective agency to kill her then promptly disappears with strange soldiers in red. While trying to find her you undercover a plot to create a soulless army. You run into characters of various interest the most interesting is probably (Ra-Ra) Rasputin who turns out to be a devil summoner. So far so good right? Well not really.

You spend 5 episodes out of 12 trying to find Kaya. It took me to the second playthrough to figure out why I bounced so hard off the game at first. Raidou doesn't really have any agency. You end up in these convoluted fetch quest. You need to find character A In investigating this person you find that you need character B. You find character B who then need you to find character C who asks you to find an item. These sorts of quest chains might not be so bad if it wasn't for all the random encounters, but I'll get back to that.

Naritively, the game starts out with a bang then doesn't really do anything for around 8 episodes then goes bonkers for the last 4. The last 4 episodes are wild and deffenately worth it. It's just a shame that you need to spend the bulk of the game in a naritive dead zone, reciving piecemeal info.

Gameplay wise, it's fine. Instead of a turn based battle you get a live action arena. You can use your sword to do a 3 hit combo, hold the button to charge a spin attack or tap the control stick and press the button to do a thrust attack. You also have the power of GUN that can be loaded with various types of elemental ammo. You'll fire up to three shots when you tap the button ammo allowing. The gun is more or less instentaious wich is really nice it stuns enemies on hit. It's an incredibly for capturing demons. You capture demons by hitting them with their weakness, this is usally elemental, then running up to them while they are stunned and pressing a capture button. this innitates a rappid tap challange if you win you have captured the demon if you lose the battle continues. The challange is easier the lower the demon's health is. As far as demon aqusition it's pretty good, there's an element of skill to it wich is nice.

You can take a demon in combat to help you. The demon can be given directions on how to use their attacks. You can't directly tell the demon to use attack that another demon might be weak to it's attacks or what attacks to use if a demon is strong against said attacks. What causes the combat to get stale is that the thrust attack is very very strong. It's instantaneous, it hits nearly as hard as the last swing on the combo but better yet it interrupts most attacks and has knock back. Many of my fights just devolved to stunlocking the enemies by repeatedly stabbing them.

You can create new swords by fusing demons into it. That's about it. It gives you an attack boost and stat boosts depending on demon fused in. If you fuse 4 demons into the sword in sececssion you can create the Onmyo sword. The strongest sword in the game. I've done this and it reduces much of the combat into a joke. Even without investing much into strenght the boosts are just so good it becomes rediculous. 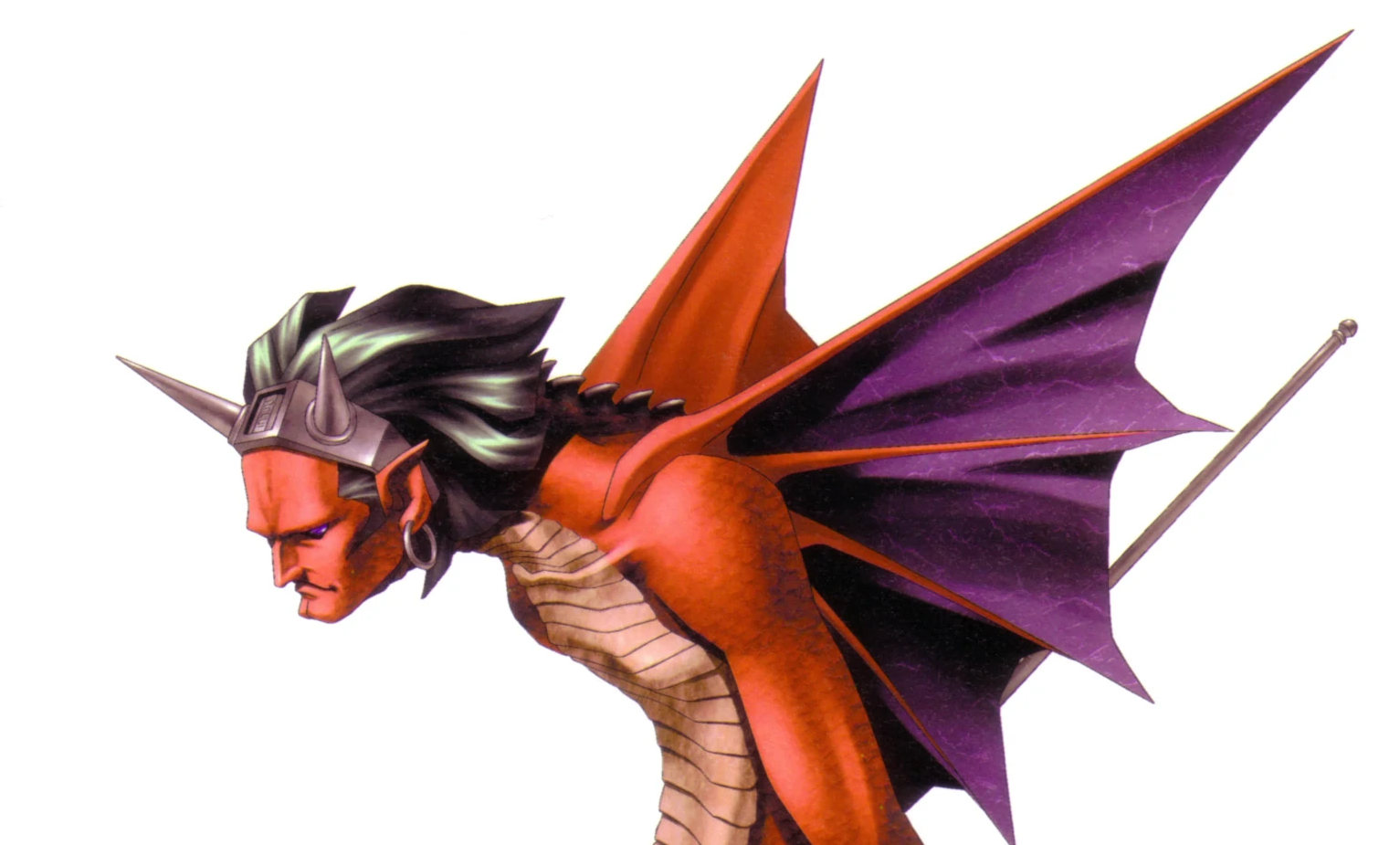 The demons themselves are demons, gods, and angels pulled from mythology. Each of them can be leveled up a few times to learn two or so new skills. There's also a loyalty meter. This meter grows everytime you finish a battle with a demon or give them their preffered booze. You need to fill this demon before you fuse the demon with another demon to create a new demon. While this sounds good in theory it often means that you need to use sub par demons to get their loyalty up just so you can fuse them away if you don't have the right liquor.

To summon demons Raidou uses a resource called Magatsu. You get some every time you finish a battle. You spend some every time you summon a demon. When you level up you can choose wich stat gets a point. The Mag in this game determines how much a demon costs and gives demon statboosts. In my initial playthrough I never ran out, I did a balanced level up. This ends up feeling like a mechanic to punish new game plus players. In new game plus you get to keep your demon chart, more or less a list of all your previously summoned demons. The problem is the megatsu cost for powerful demons are very expensive, meaning you can't just steamroll through the game by summoning a powerful demon. I think this damages subsequent play through, since again combat isn't very intresting beyond the first few hours.

My very biggest problem though doesn't have anything to do with the systems in the game, it has to do with the encounter rate. There's a ton of back and forth in the game. You have to go back and forth between talking to that person then backtracking to another person and so on and so on. Further exaserbated by this is the lack of any map indicator on where you are supposed to go. Forgot who that charater's name whom you talked to once in chapter 2? have fun talking to all the NPCs. Worse still they've put demons everywhere. There's no safe zones. That means every 5- 7 steps you're in combat, but the combat is dull and repetitive. Worse yet we are directly told “when you go to the alternate dark realm you have to be careful because there are demons there.” but the demons are everywhere anyways, so the being forced to go to an alternate reality isn't really threatening because the demons aren't particular stronger then the ones you fight on any given street. This makes the the game just exhausting. A mild saving grace is that you can fast travel back to the detective agency. Using the fast travel smartly you can save yourself a bit of time.

All of this leads to a game that starts out intreaging then gets sloggy really quickly. The last few chapters go crazy making me love the closing chapters. They also tie in to the Shin Megami Tensei meta narrative. All in all this game has bad game play choices. Raidou and Gouto live in an interesting world during an intresting point in history. It's just a shame that that the game had to have such lame combat. I really wish the game was significantly shorter.

Is Devil Sumoner: Raidou Kuzunoha vs The Soulless army a good game? No, it's just fine. The combat system while intially intresting quickly devolves into using a single move repeatedly, the demons hardly end up mattering in combat since you can't direct them very well. Becasue you can encounter demons everywhere there's just no respite from the combat. The story could have been literally half as long. I will say that the setting is unique and it deserves a look however it's sequel does virtually everything better. It's a game that feels like you have to finish to get to the sequel.

I am long time gamer who's more into portables than consoles.