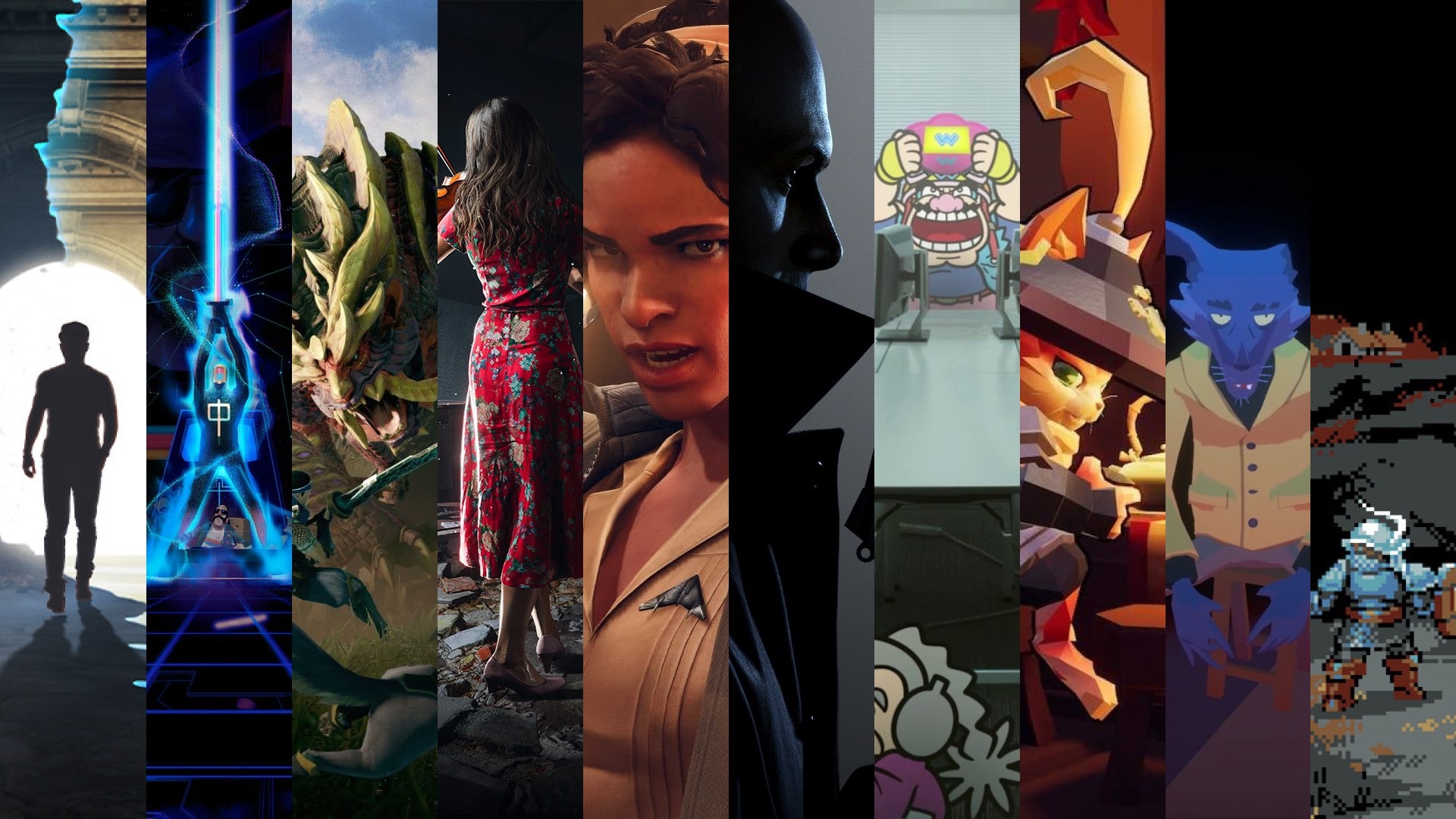 It is now the end of the year, which means it is time to look back at what 2021 had to offer. There were a lot of great releases this year both big and small, so with that said here are my top ten games of 2021.

Before I get into the list, there are a few rules I want to lay out in regard to my picks. For starters, keep in mind that this is my personal list, so do consider that I haven’t played every release this year and that this is ultimately a subjective list. To be eligible for this list, the game had to release this year (January 1st - December 31st, 2021) and had to release on at least one major platform (PC, PS5, PS4, Xbox Series X/S, Xbox One, Switch). I am not counting early access releases, remasters/re-releases, or DLC, but I do consider remakes (if the changes are significant enough), games leaving early access, and full releases. Any games that I think are worth mentioning but didn’t qualify will be mentioned at the bottom. Without further ado, here is my list. 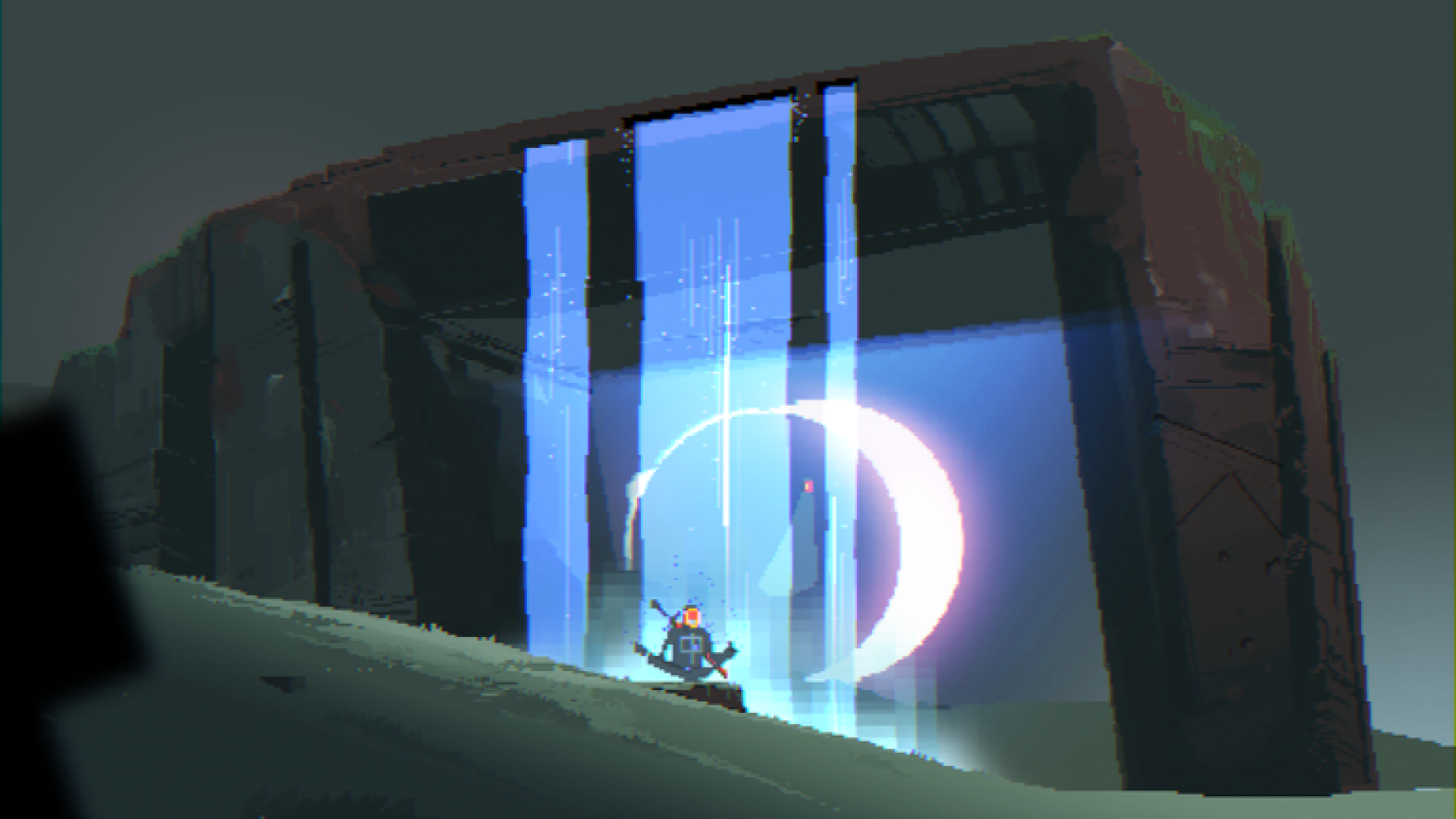 The 80s theme has been done to death, and yet Narita Boy feels fresh with its dreamlike setting. Not only do I think this game nails its aesthetic, but it also does a great job with combat. Its platforming melee combat is a blast, and it also does a good job at keeping things fresh throughout the experience. Some of the story can be easy to ignore and its platforming isn’t great, but there is still a lot to love in this little indie gem which is why I put it in the number ten spot. 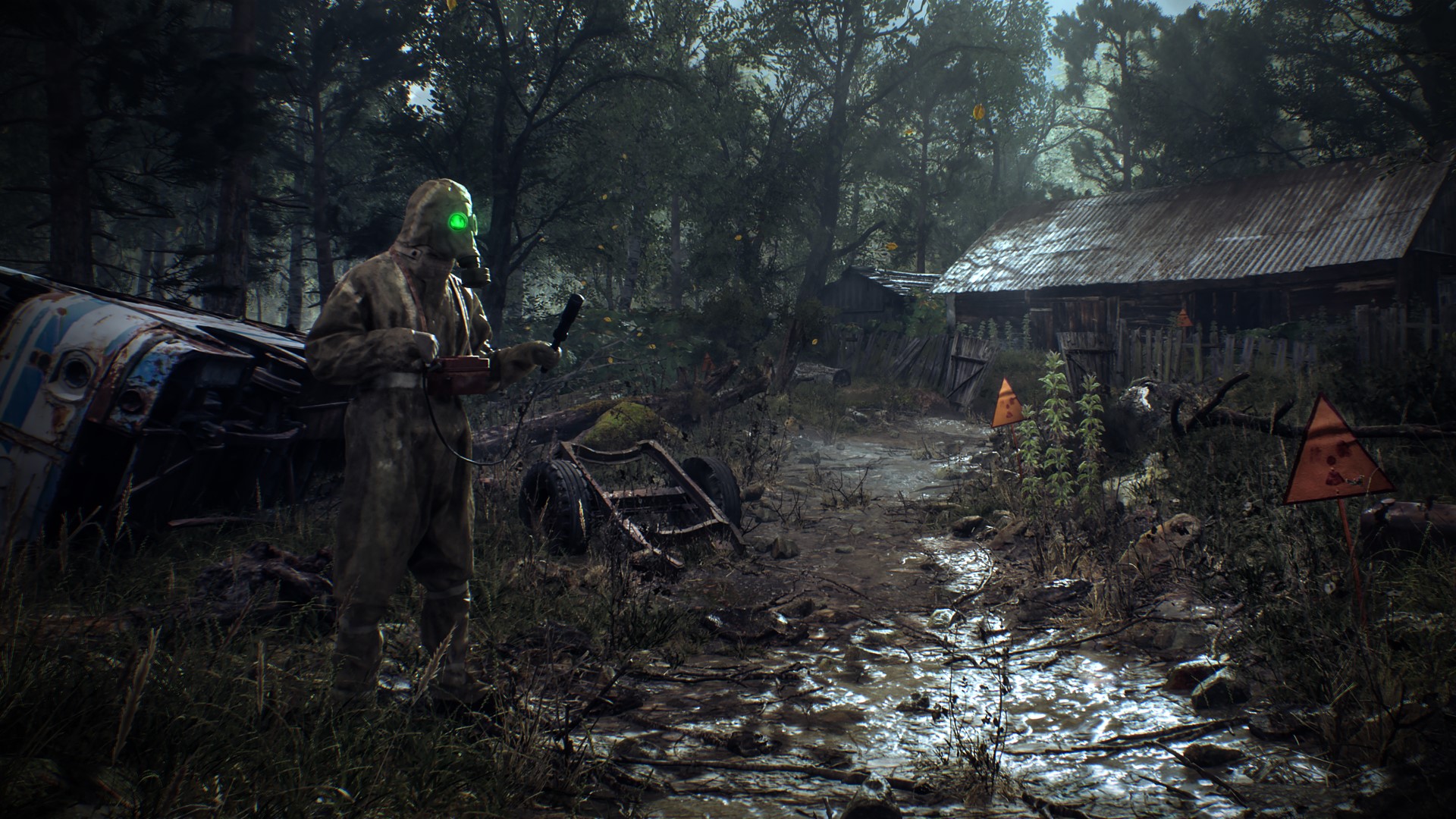 Chernobyl provides a very interesting locale for video games to explore, and Chernobylite is one such case of this. With environments that are as gorgeous as they feel realistic and a good blend of gameplay genres, this game manages to juggle a fair amount pretty well, which can't be said for every game. Story issues, pacing issues, and repetition undermines the game towards the end, but none of it can damper its survival gameplay and unique game mechanics, which is why I placed this game in the number nine spot. 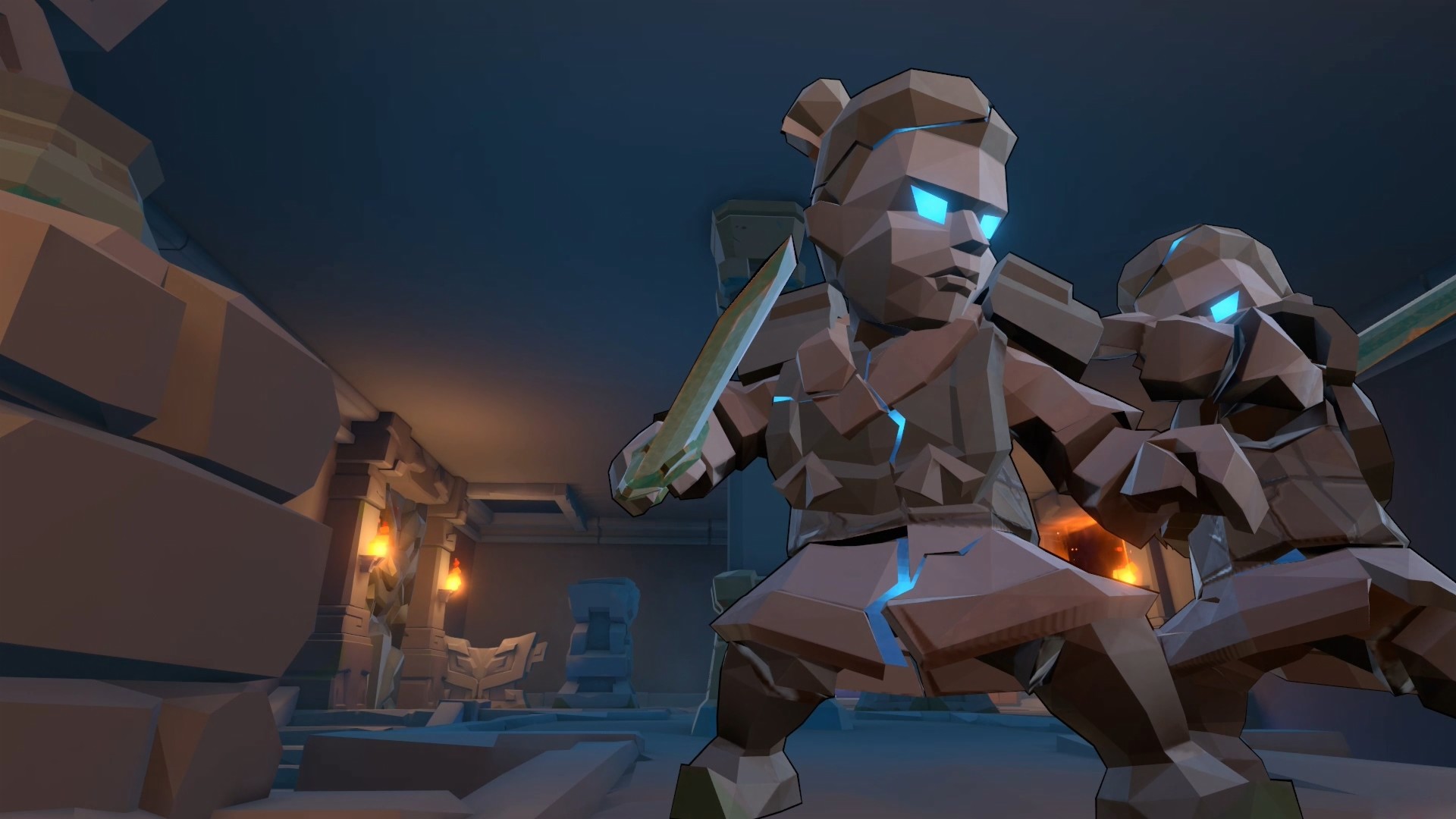 I originally picked this game up for the low price of $12, and I think the game is still worth picking up at its higher $20 price point. It combines inspirations such as Risk of Rain 2, Borderlands, and Overwatch into a fun first-person rogue-lite experience. The game does a great job at giving agency over character builds as well as offering a tight shooting experience. The developers also did a good job at adding more content up-to its 1.0 release, which was one of my initial concerns for the game. Is it the best rogue-lite I've ever played? No, but I think this is a solid all-around game, which is why I put this game in the number eight position. 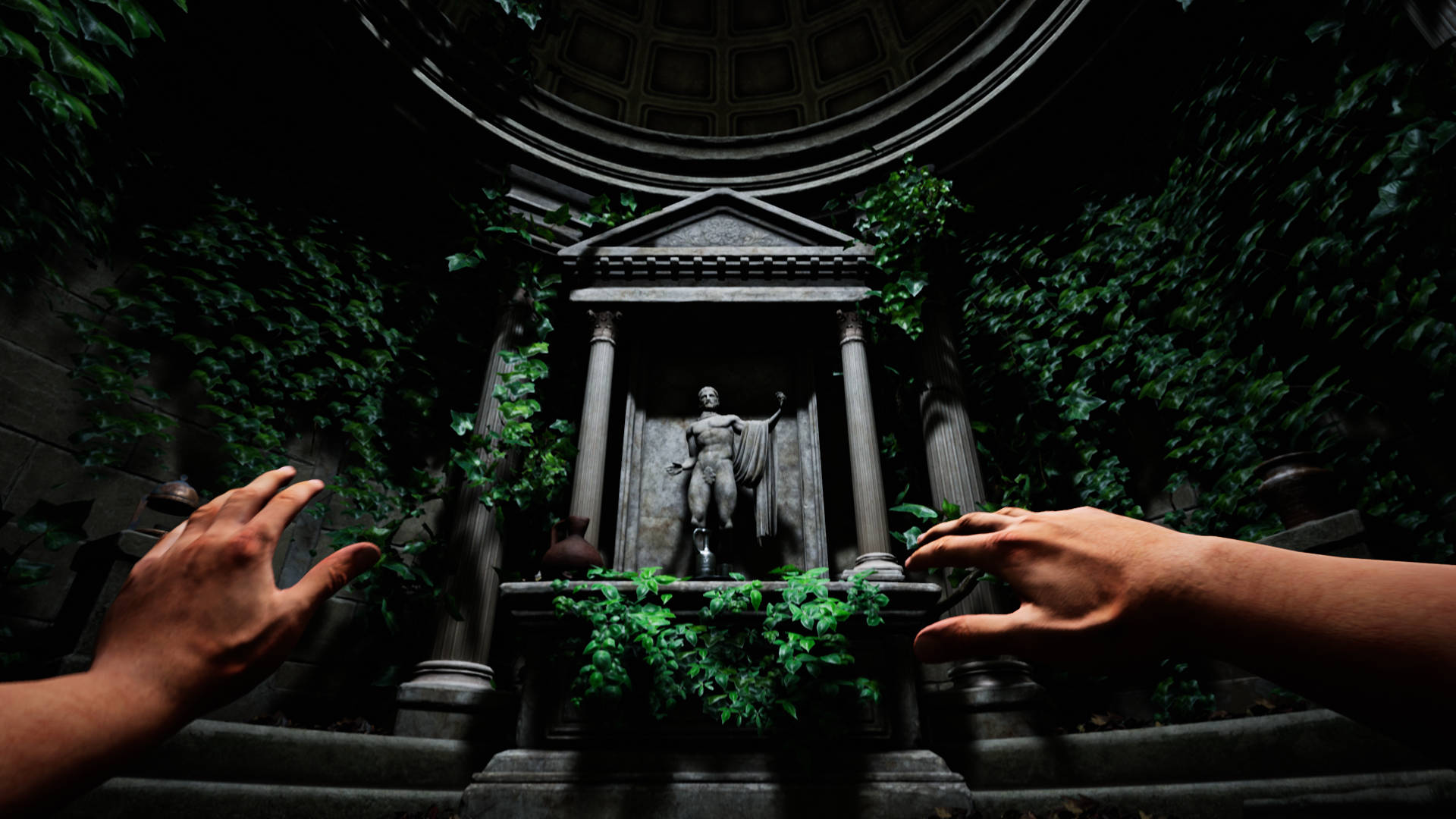 2021 was the year of the time loops, and one of the more, well, forgotten time loop game in the mix is The Forgotten City. It shouldn't be that way, though, as I think this game does a better job than at least one other 2021 time loop game at fully utilizing its narrative form. With an interesting setting and cast of characters, the game explores some interesting themes as well as shows the strengths of a time loop narrative through dialogue choices and exploration. Some of the writing feels gamey and its gameplay-heavy elements feel tact-on, but I still think The Forgotten City is still a time loop game worth playing, and it is my number seven entry on my list.

6. WarioWare: Get it Together! (Switch) 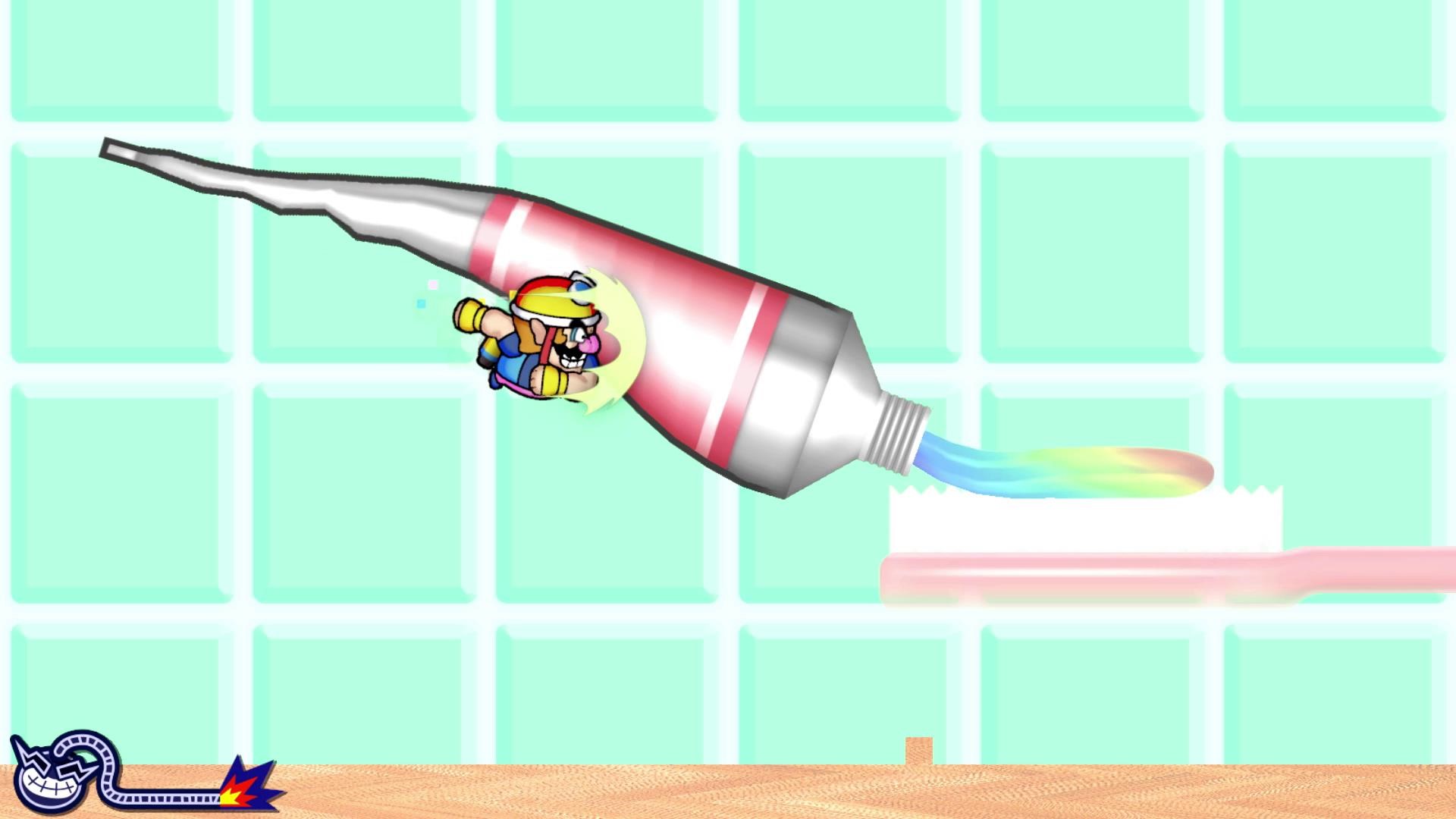 If nothing else, WarioWare: Get it Together! is a unique game, but it's more than just unique. It's a fun arcade title that offers as much or as little as someone wants out of it, and its cast of characters offers variety to already varied microgames. It isn't a game for everyone, but its score-attack levels were for me, and I still get a kick out of trying to get high scores or complete missions. It isn't the most memorable or the best Nintendo title out there, but WarioWare: Get it Together! is still worth having in the Switch collection and is my number six game of 2021. 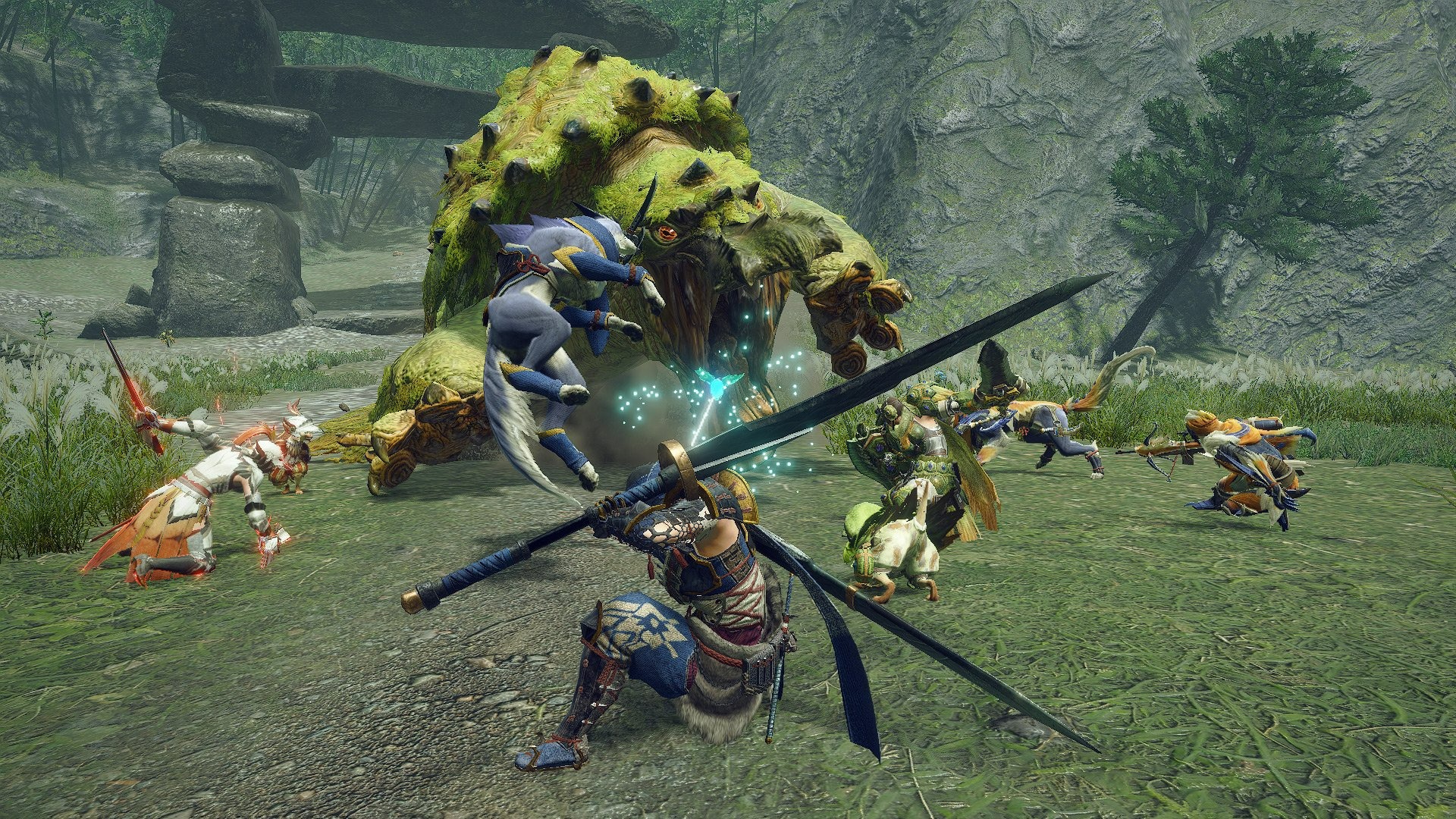 With the immense success of Monster Hunter World, where do you go next? Well, Capcom answered with taking the modern Monster Hunter sensibilities and adding them to a new title for one of the most popular platforms, and that is all I could really ask for. I first fell in love with this series with World, but I found myself loving Rise more simply for being on a more casual and portable device. Plus, its new traversal abilities and its feudal Japan theme stood out as great additions. Monster Hunter Rise is more about being on the platform I want it to be one rather than some vast improvement over the last game, but that's totally fine, and it's why I put this game in the number five spot on my list. 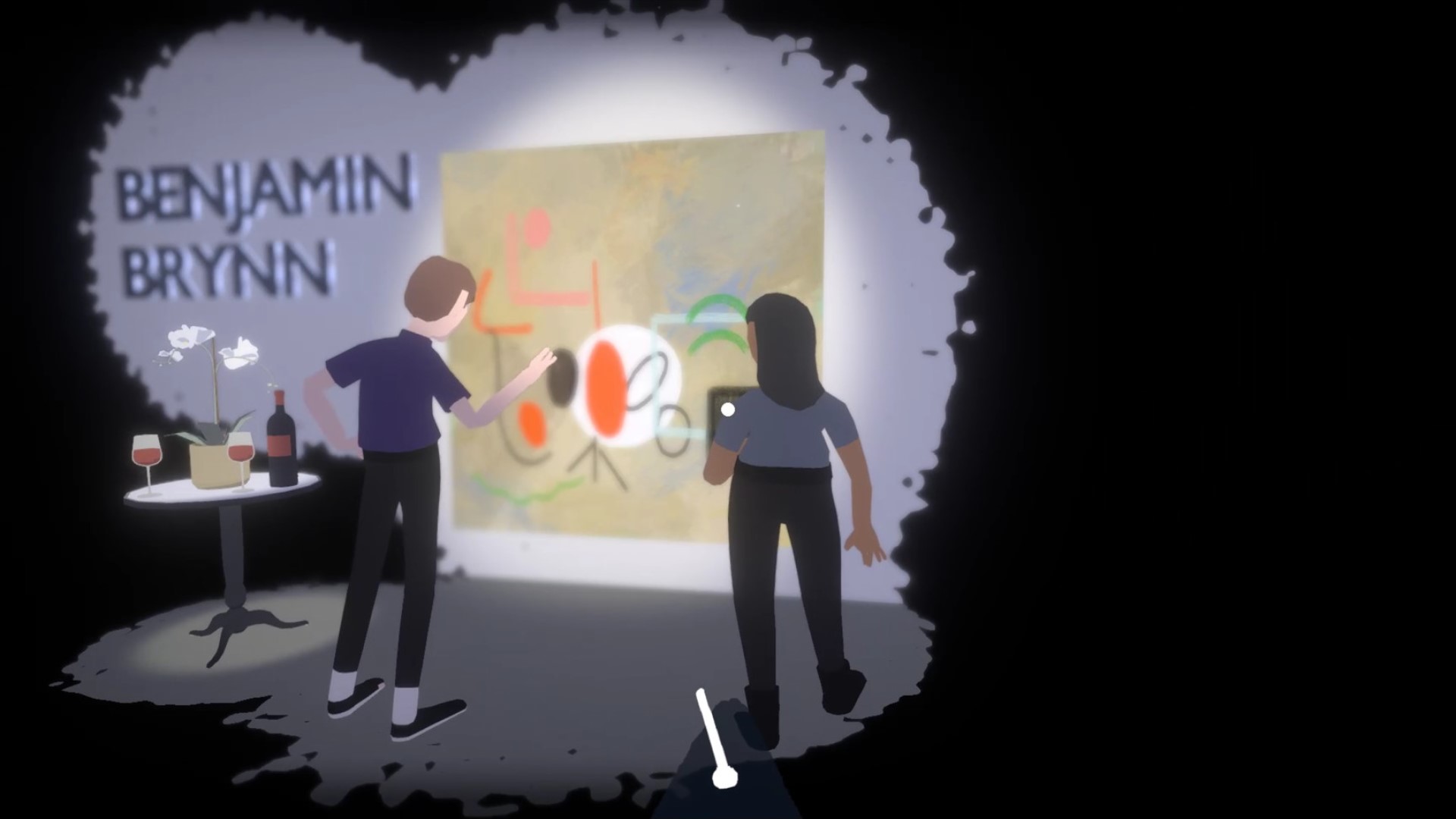 Games in the past have tried gameplay gimmicks using various peripherals, but few feel as successful and impactful as Before Your Eyes. Using the computer's webcam to track blinking, this game explores the life of Benjamin Brynn while he awaits his assignation in the afterlife. It's a short story, but an incredible and emotional one that is further elevated by its blinking mechanic. Before Your Eyes offers a magnificent story worth experiencing and shows how powerful interactivity can be to storytelling, which is why I put the game in my number four spot. 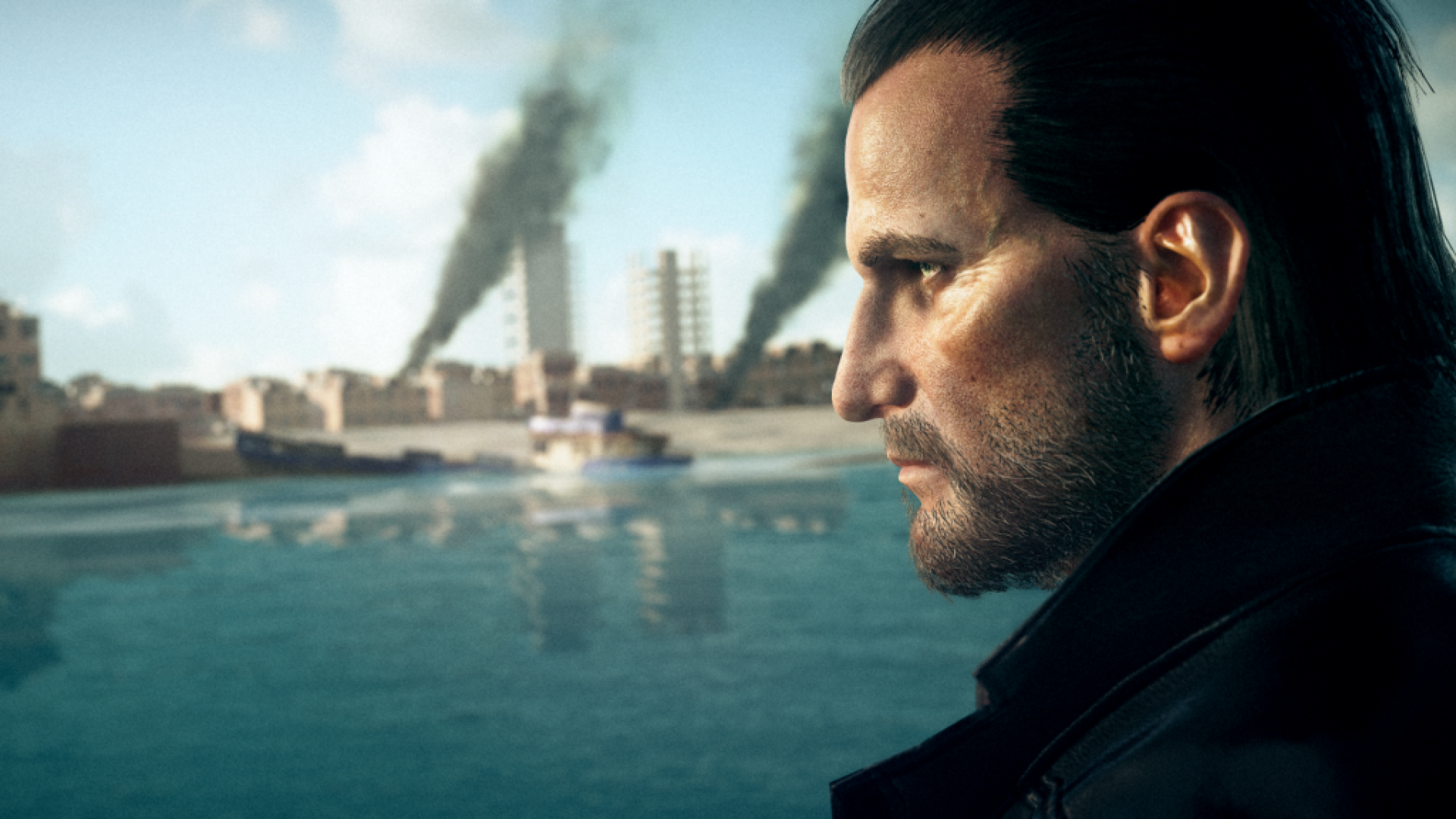 Hitman 3 doesn't feel like a new game. Rather, it feels like more content that feeds into the reboot Hitman series, and that is exactly what I wanted out of this game. I am a big fan of the Hitman trilogy, and this game still capitalizes on all of the best aspects of its older brethren. On top of that, it combines all three game's worth of content under one executable. Unfortunately, the reason why this game is so high on my list is the same reason why it isn't any higher, as the flaws that have been there since the first game feel accentuated here. Still, Hitman 3 is just as much of a blast as the previous two titles, which is why it is my number three game of the year. 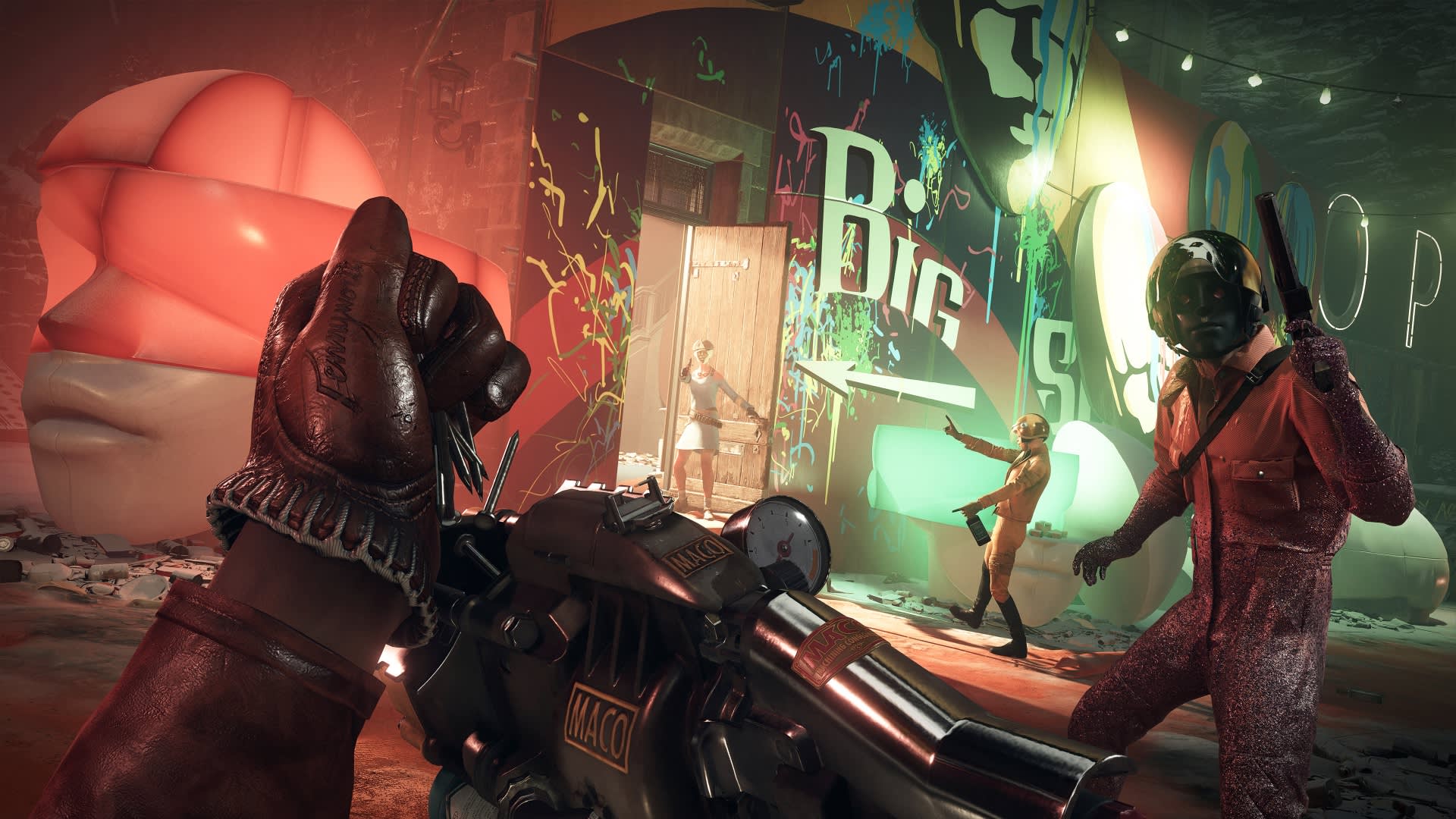 Arkane knows how to make great games, and Deathloop is certainly no exception. By taking their staple immersive sim gameplay and inputting it into a time loop narrative, Arkane created an experience that feels both unique and familiar. It streamlines the gameplay in such a way that keeps its identity while being more approachable. Its story is gripping and its characters, especially Colt and Julianna, are a blast to be with. I personally enjoyed the game's level structure, and I think there are some neat systems that toy around with the time loop. While the highs of this game were really high for me, though, there were some rather sizable setbacks that keeps this game from the number one spot for me. Even with those setbacks in mind, Deathloop is a fantastic title to easily lose hours in, and it is my number two game of the year. 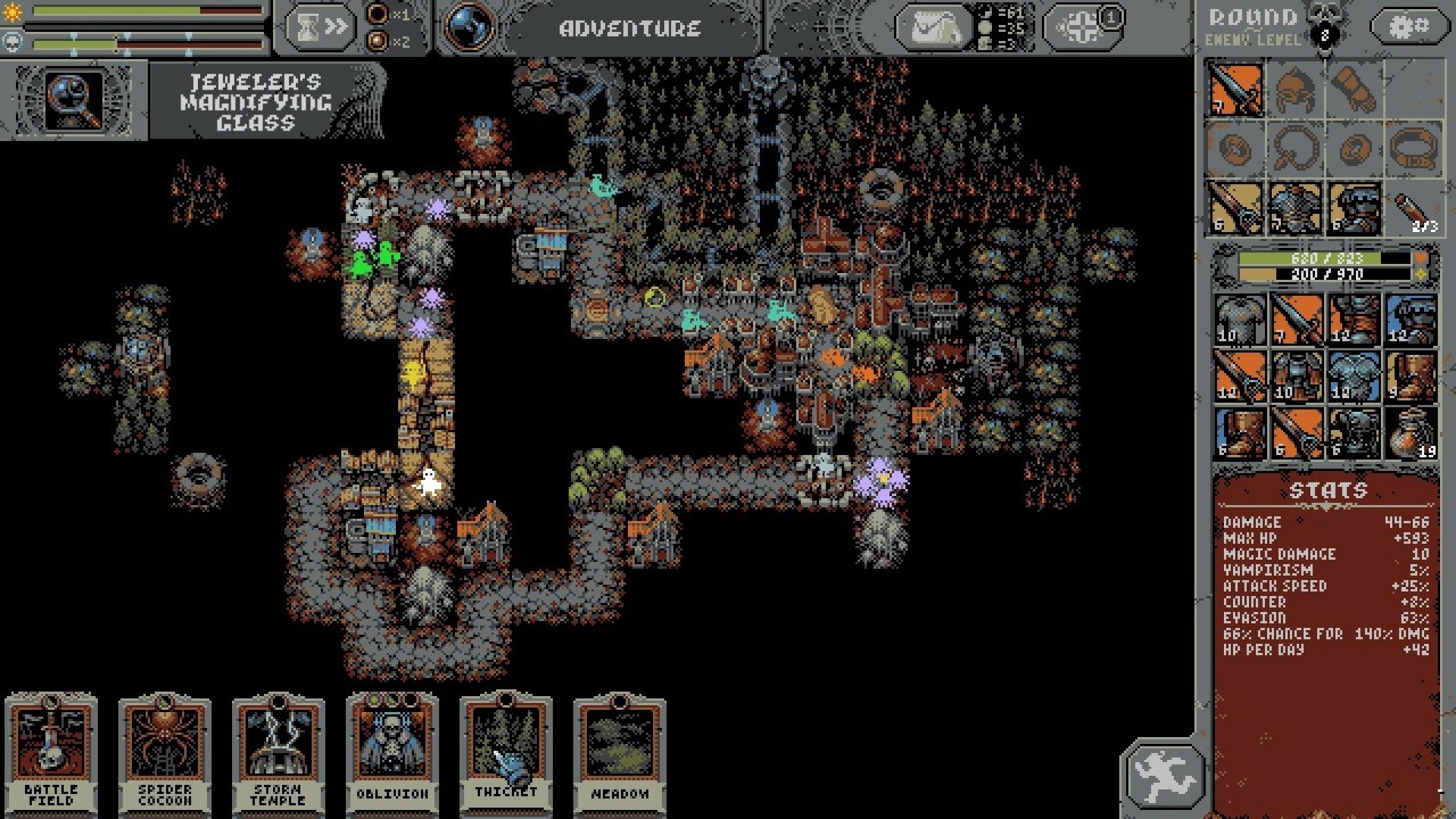 An armor-clad hero walking around in circles on a looped path is my 2021 game of the year. What's at the very core of Loop Hero is that simple, but what's around that core is anything but. By combining elements of a rogue-lite game, a card game, an incremental game, a strategy game, and an RPG game, Loop Hero offers something unique and addicting. As the game progresses, it keeps building upon the experience in a way that feels fresh and exciting from beginning-to-end, and there are a lot of secret card dynamics to discover along the way. While its story is rather basic, it's still interesting and is complemented by a dark pixel art style I absolutely love. Loop Hero is a pot full of systems and influences that flips genres on its head and blends well like a great-tasting soup, and it is my top game of 2021.

Only ten games can make a top ten list, but that doesn't mean I only played ten games of note this year. Here are some other games I played this year that didn't make the cut for various reasons.

The first section of games is full 2021 releases that just didn't make the cut. In other words, think of these games as number 11-13 on my list. Speed Limit offers a short-but-sweet arcade experience that jumps from one genre to the next with ease. Melvor Idle combines a clicker with an MMO in such a way that is more engaging than most other incremental games. Finally, Sable takes Breath of the Wild and focuses entirely on exploration while also exploring the themes and ideas of growing up and moving on.

The third section is for early access games that I played this year. They could be numbered entries in the future, but for now they can only reside here. Roboquest takes Gunfire Reborn and cranks it up even further with tighter shooting and movement abilities. Maximum Action takes Max Payne and puts it into a first-person action film. Finally, Prodeus combines old-school shooter elements with modern ones to create a satisfying blend of carnage and death.

The final section belongs to the games that don’t fit any of the previous sections but are still worth mentioning. Hunt: Showdown is still my go-to multiplayer experience that I haven’t put down, as I currently reside at around 865 hours in the game as of writing this. This year was a great year for the game with all of its new content and events, and I can’t wait to see what the future holds for this game as it slowly gains popularity. Cookie Clicker released on Steam this year, and it is my go-to idle game (next to Melvor Idle) to put on while I work. Finally, I got back into playing World War Z a bit, and I found myself firing up this game from time-to-time throughout the year. This year also marked the release of World War Z: Aftermath, which gave me all the more reason to still consider it my favorite Left 4 Dead-like.

That is going to wrap up the 2021 games list for me. Thank you for reading, and here’s to hoping 2022 offers many great experiences.