The first Tomba! was a genre-bending game that had a lot of great ideas in combining Action Platforming mechanics with Adventure game concepts to make an entirely unique game. It succeeded at that, but it also had its share of flaws, in mechanics, pace, and direction.

Thankfully, the concept didn't die with the first game, and the team had their chance to correct most of the first's flaws with a much better second game. 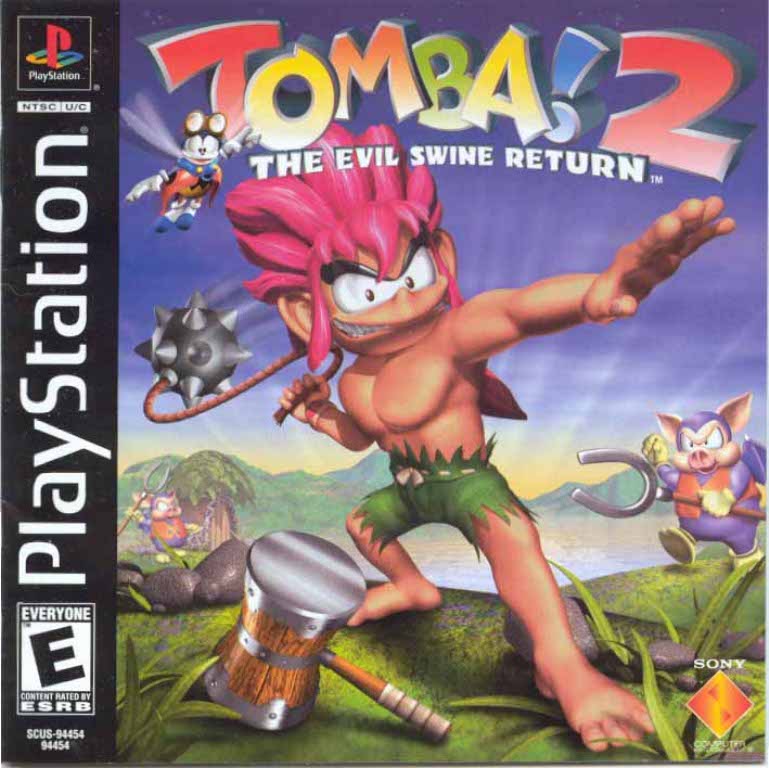 "Be careful when you go there though, there's an Evil Pig spell in that area"

The Evil Pigs are back to cursing the land. The caves of Mining town are filled with hot lava, the Kujara Ranch seems subjected to unnatural climate change, and all the clowns in Clown Town were turned into pigs. Maybe they would have gotten away with it, since this land is different than the one Tomba kicked them out of last game, but they made it personal by also kidnapping his childhood friend.

And so, our pink-haired hero ventures forth to capture the Evil Pigs, throwing them inside Evil Pig Bags, in the process both lifting the curse from the world and solving a lot of minor tasks in the way. 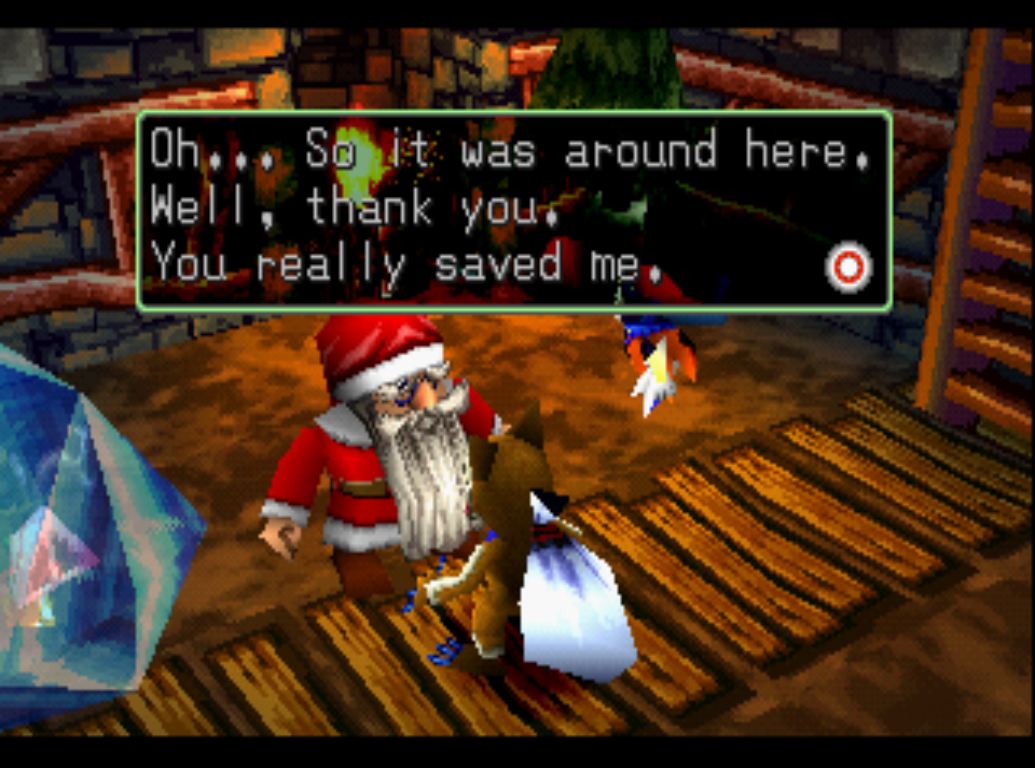 The story is as basic as the first game, and has the same comedy and charm, but is significantly expanded through the addition of voice acting and a sidekick character that acts as Tomba's voice. As expected from your typical PS1 game, the VA varies wildly in quality, and it ruins the game's otherwise funny dialogue through annoying voices and awkward acting. It's also not something you can easily ignore, as the story is focused on more in this sequel, which means more voiced dialogue and more annoying "acting".

Thankfully, the questionable VA doesn't kill the charm of the game, which still manages to carry through in both the dialogue and the funny motions and situation the game throws at you. One running gag is the crazy ways a path is revealed from one location to another, with some ludicrously designed Rube Goldberg machines.

Also, the fact that areas change after a curse is lifted, along with a lot of dialogue changes as your both progress the story and solve more quests, is a testament to how well-developed and dense the world of the game is.

"As you can see, this village has been cursed by the Evil Pigs"

Quests, or "events" as the game likes to call them, are what differentiates the game from other Action Platformers. These "events" are scattered throughout the game, with any being optional, and they range from fetch quests to collectethons, with some mini-games in between.

Other than the main events, which are required to progress through the game, you stumble upon the rest. Thankfully, unlike in the first game, items that are necessary to complete a quest are present even before uncovering it. 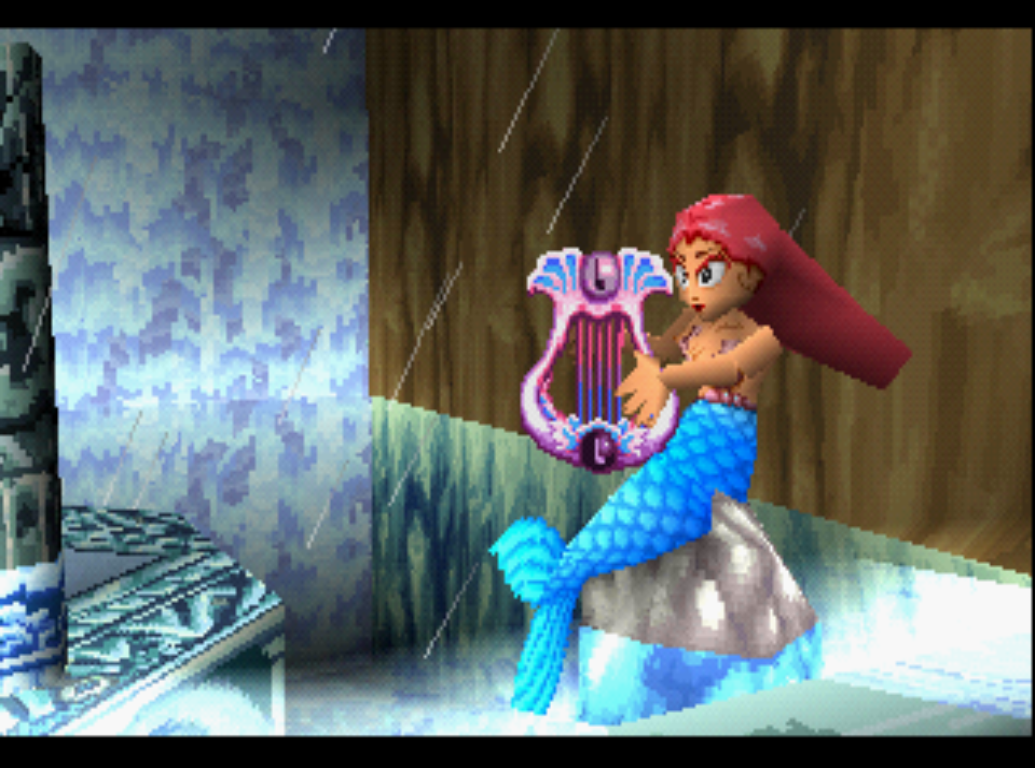 Events are more fun and easier to complete

As a result of resolving these quests, you often unlock new power-ups, items, chest keys, and other goodies which aid you in your journey. This not only opens up more quests but empowers you like any properly balanced Action-Adventure game should do.

If you look at the quality of these events, then you might be a bit disappointed. However, that shouldn't be the metric on which you judge. These events give weight and meaning to what Tomba does in the world, provide narrative opportunities for some comedy, and give the illusion of an open-ended experience. 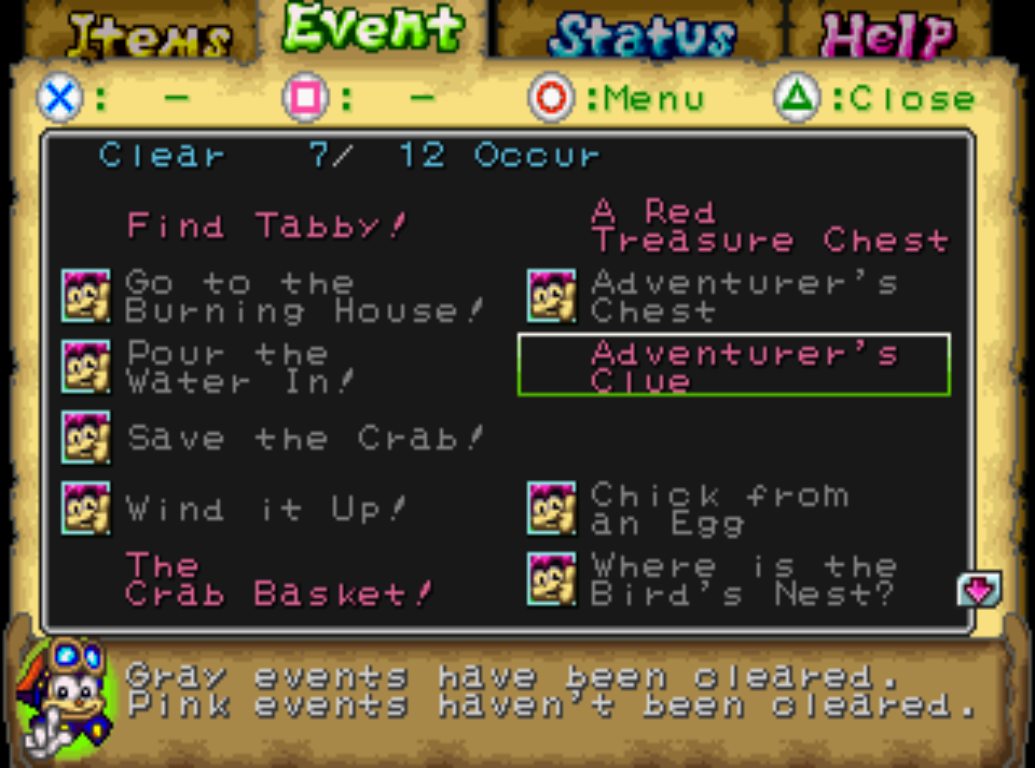 They are also better organized

Regarding the main events, like in the first game, there is no guidance on what to do next, but the signposting is much better this time around. As you go into each new location, you help resolve its immediate issues, unlocking the path to the next location as well as uncovering a new Evil Pig Bag. It's then up to you to find where the Evil Pig Gate is, which you can easily stumble upon by resisting the same areas in no time.

"If you don't know which Evil Pig kidnapped your friend, then you'll have to fight them all"

One of the biggest changes between Tomba! 2 and its predecessor is the full integrations of polygonal graphics, and consequently utilization of a true 3D space. The game still takes place in a 2D plane, but this plane is connected to other "planes" in various ways, and the game's camera rotates as you transfer from one place to the other. The camera also followed you in a quasi 2.5D perspective that aids your depth perception and view of the world.

These graphical changes have wide-reaching mechanical effects as well since jumps change perspective as you traverse, Tomba is more floaty than ever. In fact, as you progress through the game and unlock some power-up suits, you gain the ability to glide and become even floatier as a result. 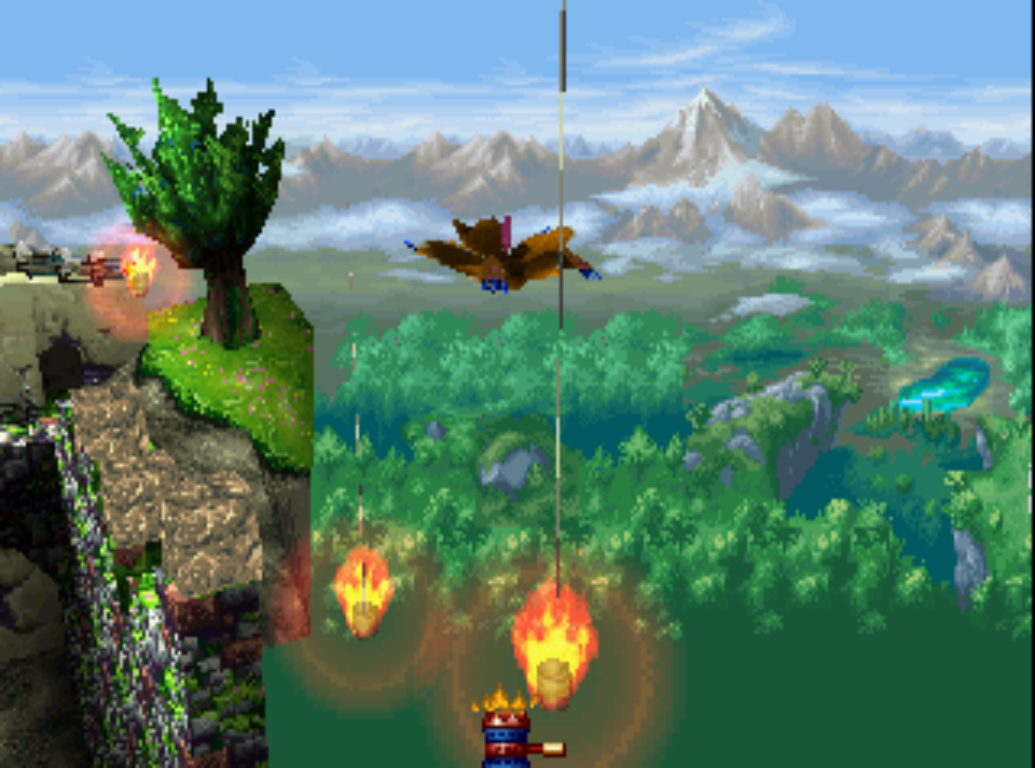 Flying can be fun, but it also slows you down

While this comes at the consequence of slowing down the gameplay somewhat, it is necessary for gauging depth in a 3D space.

Thankfully, Tomba is not over-reliant on jumping on top of enemies and throwing them around as he was in the first game. Instead, he is given more offensive options that you unlock through the game. From your basic flail to a grappling hook (which unlocks some satisfying grappling gameplay), there are many ways to dispatch your enemies.

Unfortunately, the same flexibility in approach is not afforded by the bosses, who are all a combination of a micro obstacle course and a classic jump and throw into the bag routine. This repetitiveness wouldn't have been as bad if the game wasn't end-loaded with bosses, but the obstacles are at least drastically different between each boss.

Naturally, the biggest impact of transitioning fully into polygons was the graphics of the game, which anyone familiar with PS1 graphics could imagine being a terrible decision. Luckily, despite some obvious (and literal) rough edges, Tomba! 2 doesn't suffer too much thanks to its forgiving and cartoony art direction.

Somehow, everything in the world fits the confines of the PS1, and the edges complement the angular focus of much of the game's world design. It also helps that most of the game's locations are rich with vibrant and bright colors.

In a way, the graphics just work, with the occasionally jank in design and animations only adding rather than subtracting from the game's charms. 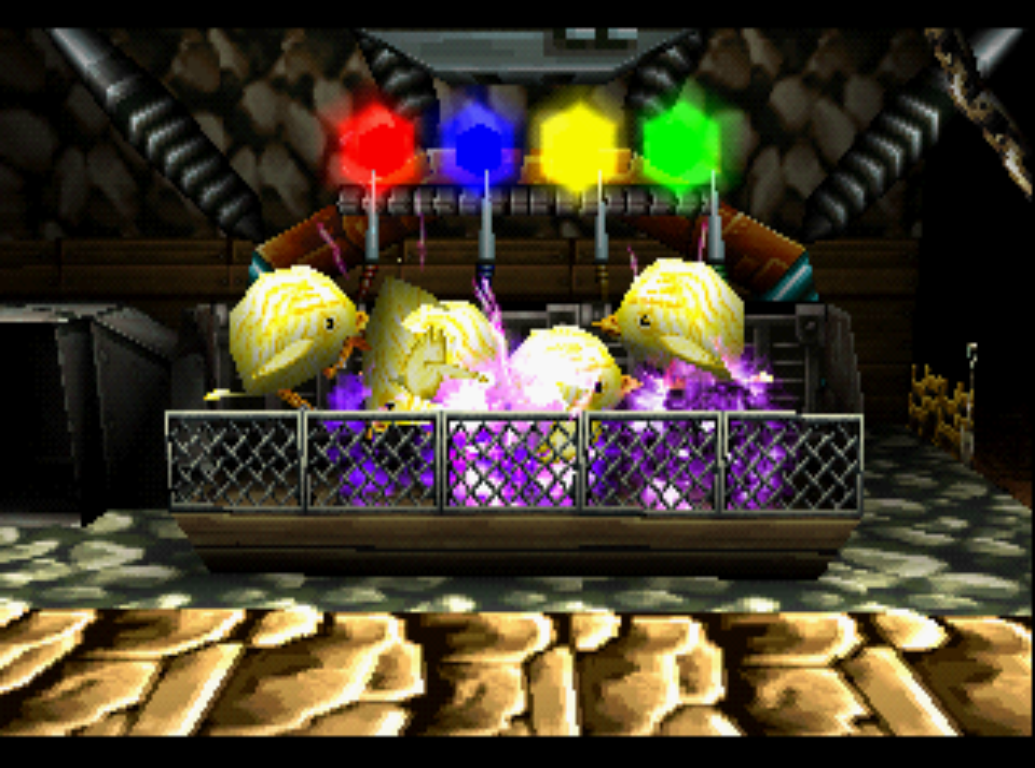 It helps that the setting and situations are really funny

Just as the graphics of the game got a major overhaul, so did the focus on music, which is much more apparent this time around. Simply put, this soundtrack is much better all around and has some really good tracks.

One thing I liked is how the same areas receive a new soundtrack once the curse is lifted, and that's not only narratively rewarding but is also an excuse for more good music. Ironically, despite lacking some of the non-cursed themes, my favorite songs are the cursed themes of "Coal Mining Town" and "Ranch Area".

The Tomba! have a certain cult-favorite reputation, with their unique genre-bending gameplay, game concepts, and art direction. On the strength of the games, this reputation is much deserved, especially when it comes to Toba! 2.

Despite some issues with graphical and mechanical jank, some of the same pacing issues as the first game, and a small penchant for repetition, this is still a massively charmingly unique game that is worth a try for any PS1 fan.

1-Circle through the world once, and then twice for the most efficient playthrough.
2-Early on, you can use charity wings to teleport from area to area.
3-Generally speaking, the squirrel suit is the best thing you should be wearing most of the time.
4-You can't immediately resolve all events you uncover.
5-Beating the fire Evil Pig will open a connection between all realms.
6-Make sure to finish the Charlie (monkey) events. 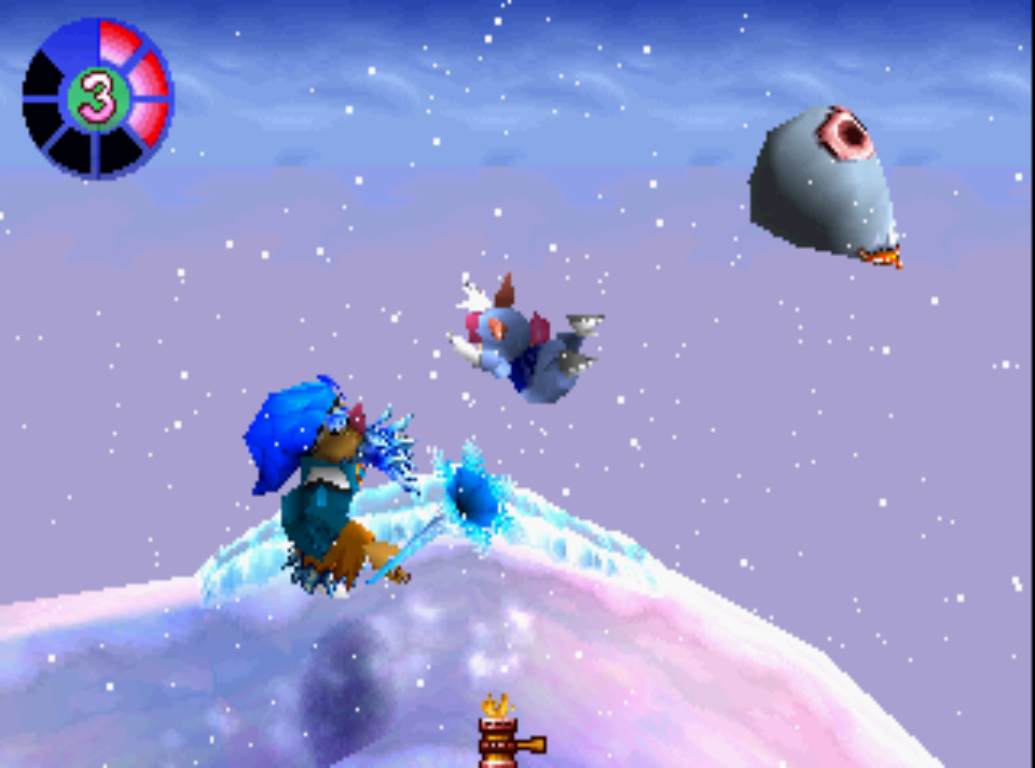 Boss battles are fun, but they get repetitive fast if you play them one after the other 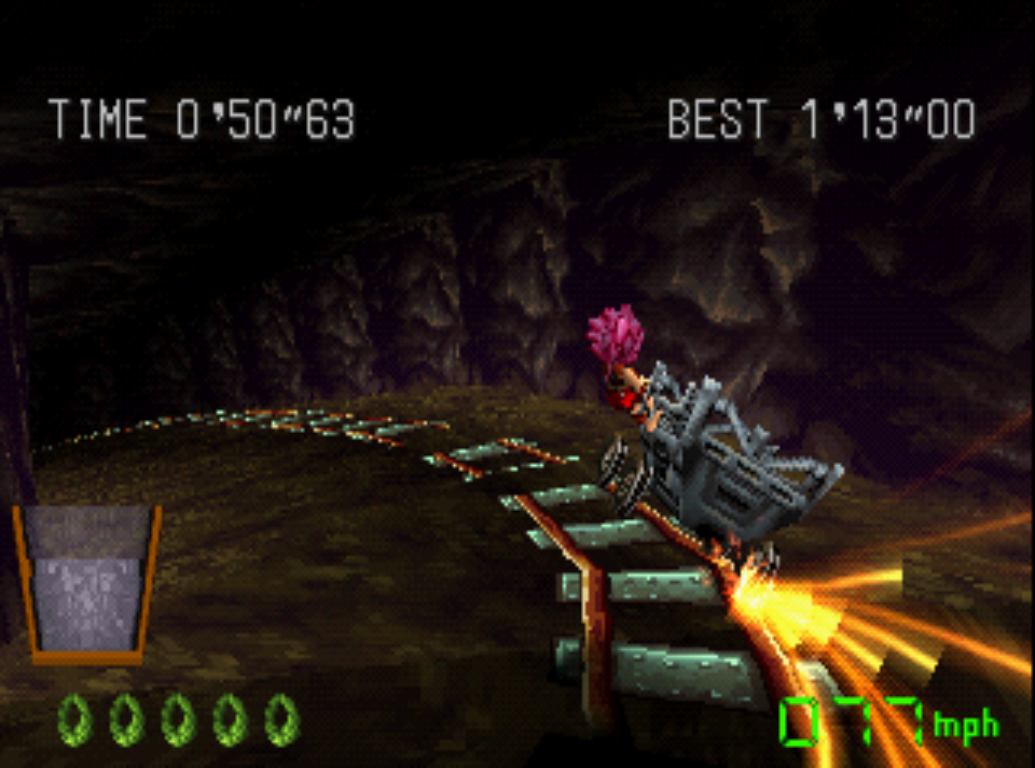 There are also some fun mini-games

That's it for the short-lived Tomba! series, which started with a good game and ended with a very good one that is perfectly deserving of its cult-favorite status.

The next games o the list are the two PS1 Tenchu games, with the second one getting #57 in the Retro Sanctuary Top 100 PS1 games list. In theory, these are two games I should like, but they may have aged terribly with time. Let's see how it goes.