Demon Turf and why we shouldn't ignore average games.

Hello everyone. So, first of all, what on earth is Demon Turf? It's a 3D platformer ala Mario 64. Although I believe it has more in common with the Mario 3D Land/World games. The main character, and demon girl named Beebz, controls pretty much just like Mario does in his 3D outings. Complete with many of the same moves. (Wall jumps, long jumps, triple jumps, etc.) You go through a series of levels with the main goal just to get to the end. There are collectables you can find along the way, but most of them are optional. The game uses an interesting art style similar to Paper Mario in which it has 3D environments with 2D hand drawn sprites for characters. Arguably it's most innovative feature is it's checkpoint system. The way it works is: you can place your own checkpoints pretty much anywhere you want but you're limited to how many you can place per level. Now that we have the basic introduction out of the way, let's talk about my experience with Demon Turf. Note: if you're looking for a professional style review of the game, that isn't exactly what I do with my blogs. It's just my personal story with the game. 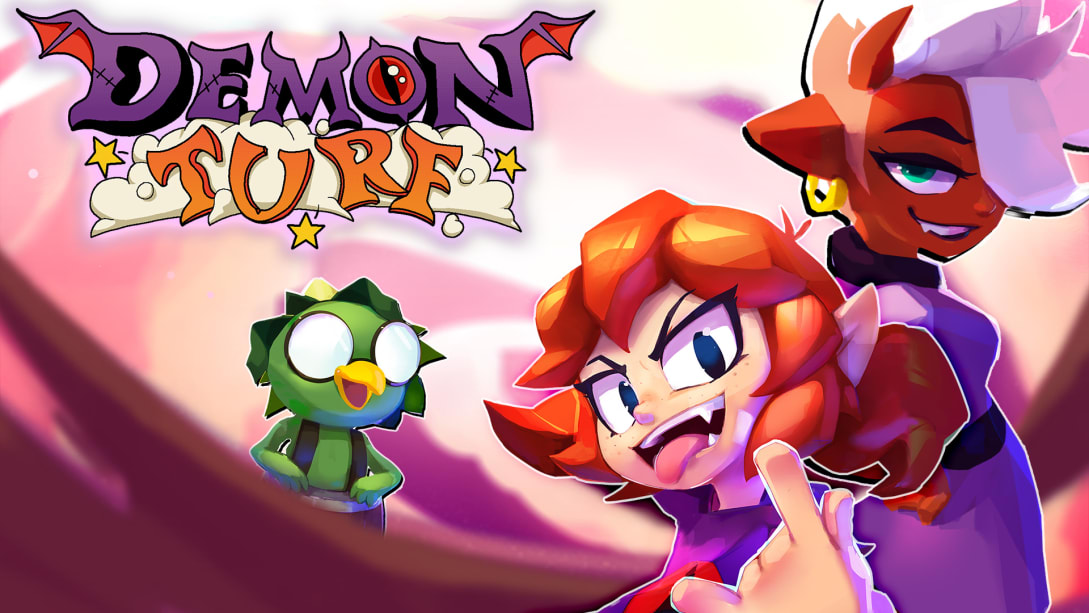 I'll start out with my history with the game. I heard about it before it came out from the trial version that was available on Steam. I decided to give it try, given my affection for old 3D platformers and because it's been a while since I've played a good one. My immediate impression wasn't super positive. Other than it's unique checkpoint system it just didn't seem like it did anything else particularly spectacularly. Also, it's combat is probably the weakest aspect of the game. You don't directly kill enemies, you push them around with some kind of telekinetic powers into various spikes and pitfalls and what have you. I give them credit for trying something a little different with the combat but most of the time it just felt cumbersome. Anytime a combat segment would pop up it just felt like the fast and fun platforming would grind to screeching halt. Anyway, I stuck with it. Mostly because I didn't really have much else to do at the time. Before I realized it I was hyper focused on getting through all the levels in the demo to the point where I forgot I was even playing a demo in first place. When the "thanks for playing" or whatever screen popped up, it felt like the rug was pulled from under me and I was snapped back to reality. At that point I decided to buy the game as soon as it was available because even though I wasn't all that impressed at first, something about it managed to get it's hooks into me even if I couldn't really explain what it was. 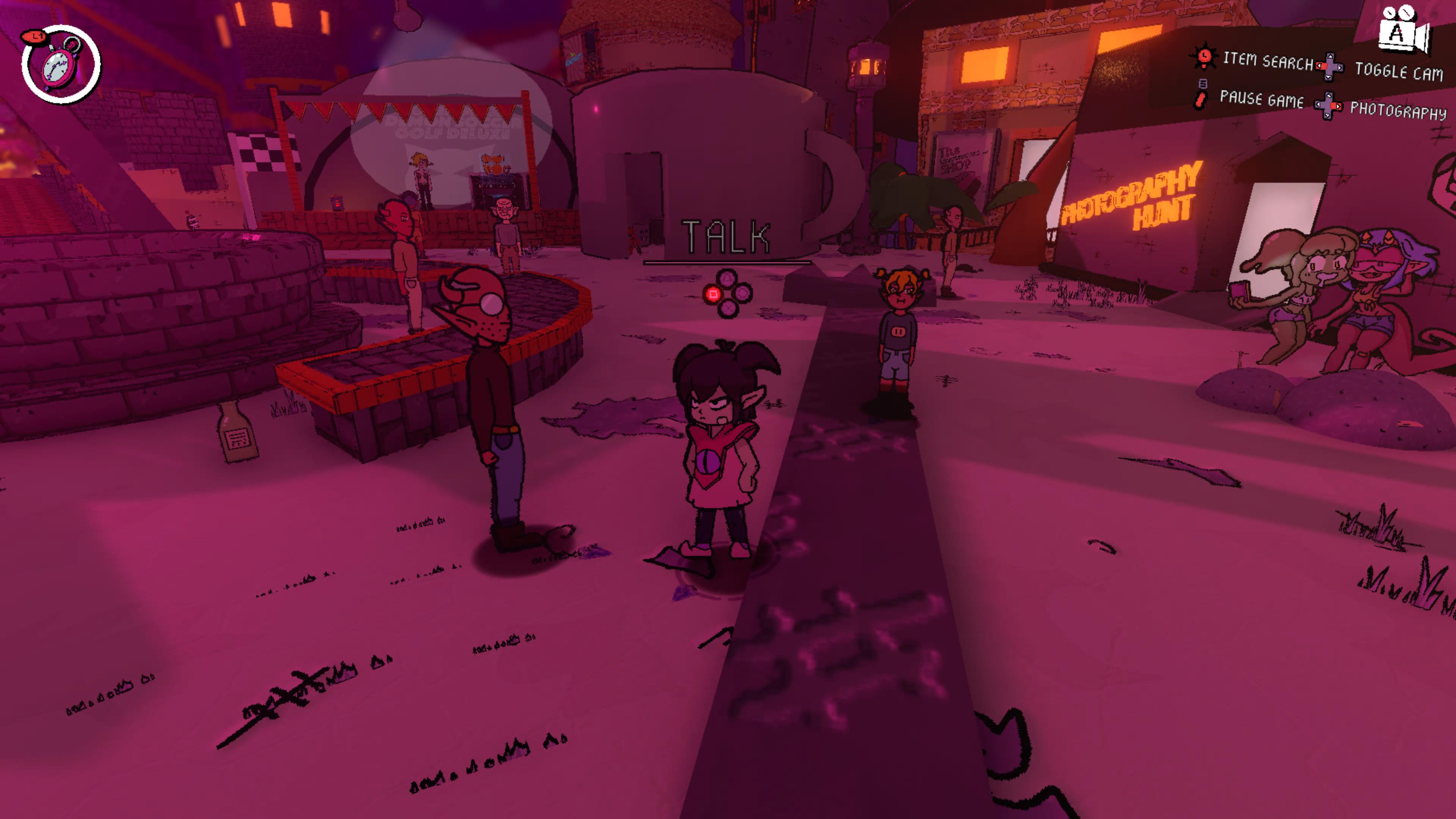 Fast forward to when the full game released. I read Destructoid's review for the game and they gave it a pretty low score. I think it was 5.5? Either way, I was reminded of something my friends and I did last year. We used to have a podcast (kind of still do?) that like, 2 people listened to in which we talk about video games. At the end of the year we each put together a tier list for all the games we played in 2020. I noticed that the vast majority of the games on my list were what I considered to be "A" rank games. I mean it makes sense, most people aren't going to willingly subject themselves to bad games. I for one only have so much free time. However it did make me think that there are a lot of games out there that have reached cult status for one reason or another. Indeed, my all time favorite game has one of the most famous cult followings in all of gaming. So I thought it's gotta be important to occasionally try out average games. I mean, most everyone has that game or movie or any piece of popular media that they love that's largely hated or ignored by critics and audiences. So the only way to find these diamonds in the rough is to take a chance with a 7/10 game every once in a while if you think it looks like something you might enjoy. 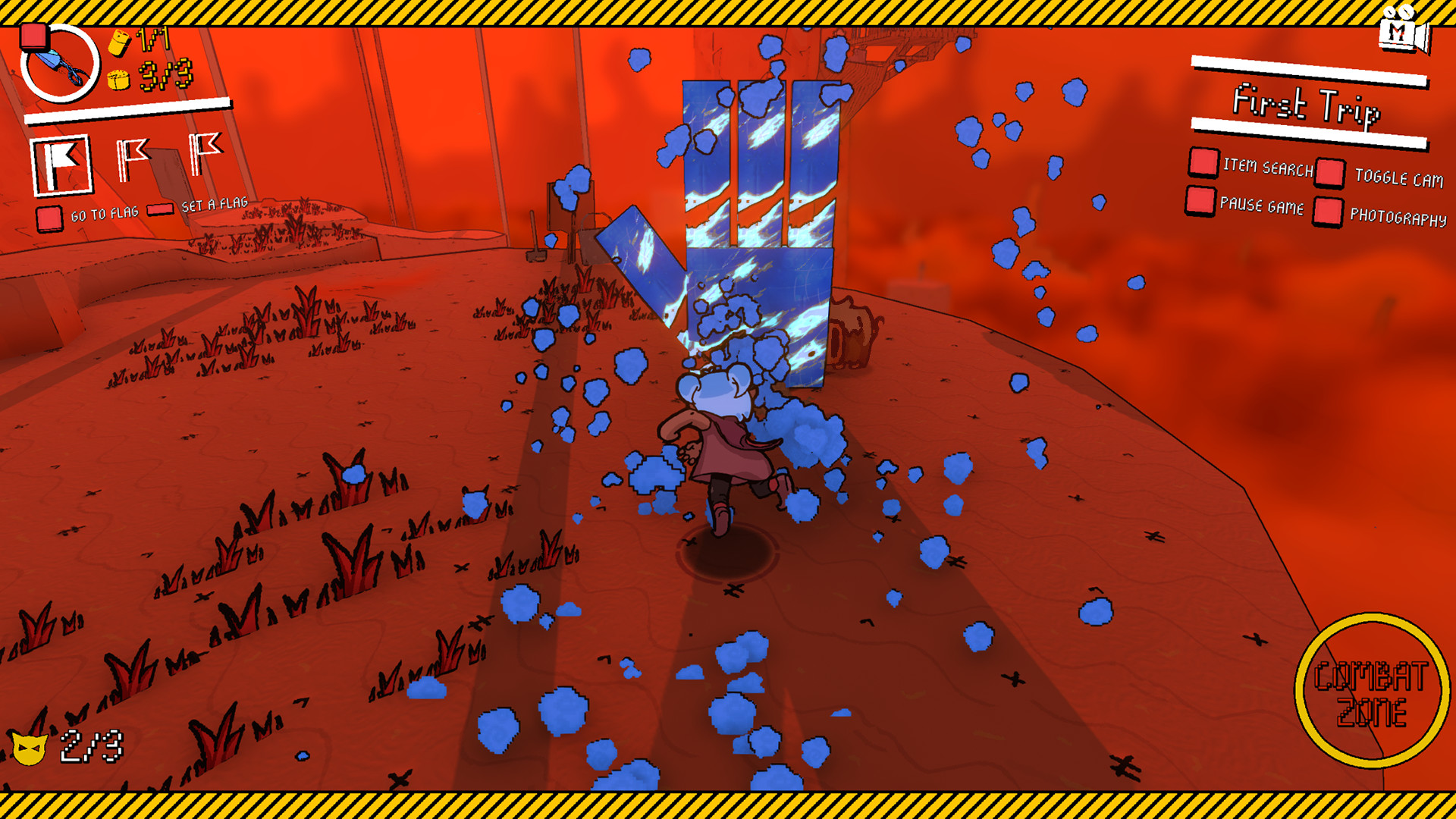 My experience with the full game was largely similar that of the demo. It got it's hooks into me pretty quickly and I rather enjoyed my time with it. It offered a good challenge without ever feeling unfair. There's actually a suprising amount of content too. It took me around 15 hours to complete the game without doing most of the optional stuff, but completionists could easily spend upwards of 30 or 40 getting all the collectables, completing the bonus stages, and getting the trophy in each main stage. Which just involves finishing them in a certain amount of time. The optional stages are pretty fun too. There is one type where you have to push a ball into a goal while avoiding obsticles. There's also collectibles in the form of old game cartridges that unlock super challenging optional stages. There was one that is quite literally a straight up rip off of Tick Tock Clock from Mario 64 but the catch is you have to climb up the level with no checkpoints and you have a time limit in the form of rising lava. That one took me a good 30 minutes and like 40 plus attempts. Maybe I just suck but I couldn't let the game win. >:( Stuff like that is what made Demon Turf so enjoyable to me. Anytime I felt like I was struggling to get past a certain platforming section, it never felt like it was because of bad game design or anything like that. It just felt like I needed to do better. That kind of motivation kept me invested all the way through the main campaign. 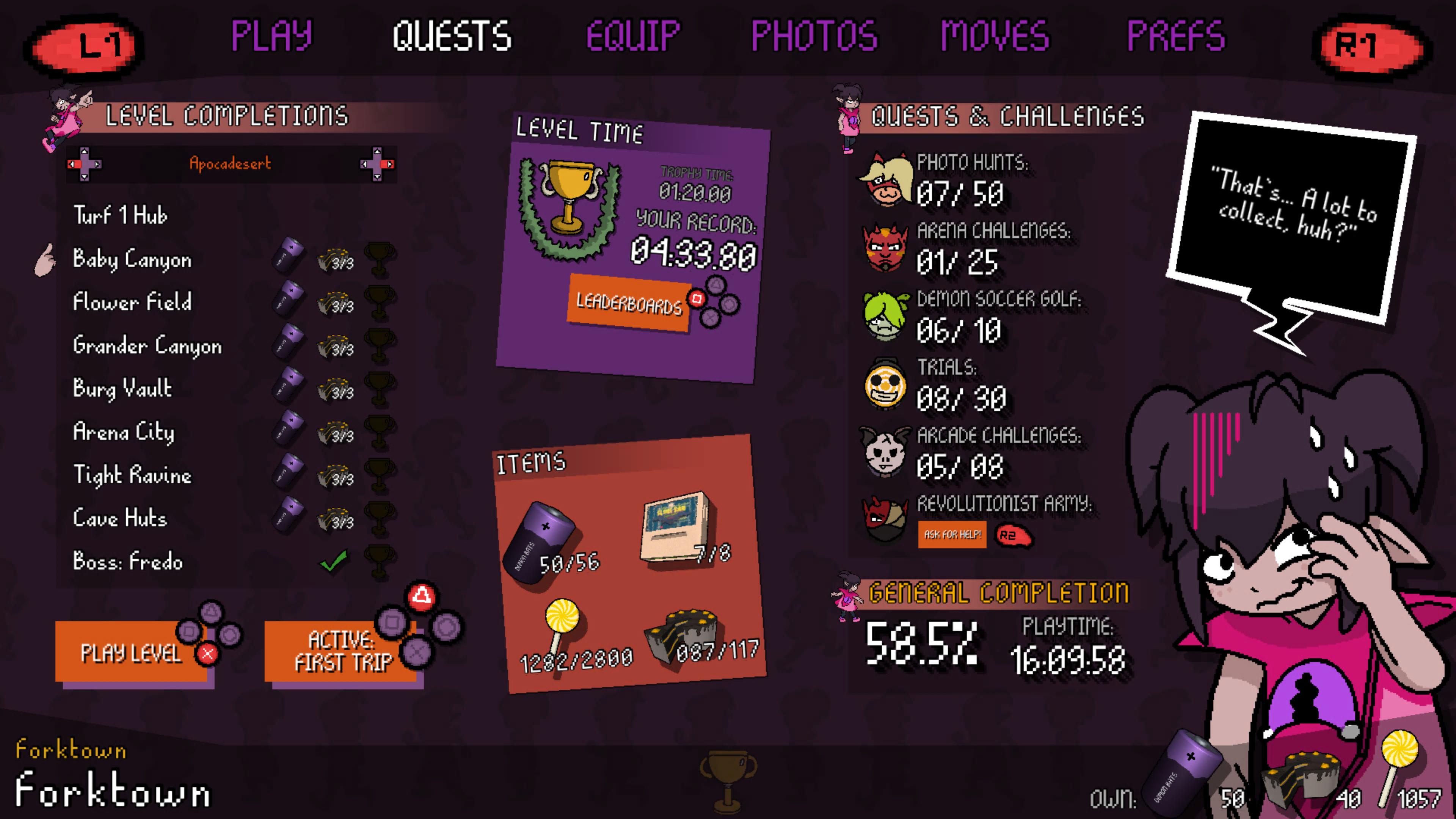 So that's Demon Turf. It's probably not going to win any awards or be this year's indie darling but I still really enjoyed it for what it is. I also think it highlights the need to pay attention to mid tier, 7/10, "just ok" games. Even bad games get more attention than games like this and I think that's a crying shame. Sometimes it's ok to step outside of the triple A, critically acclaimed masterpiece bubble and try a few odd balls here and there. You never know, you might find your new favorite guilty pleasure. 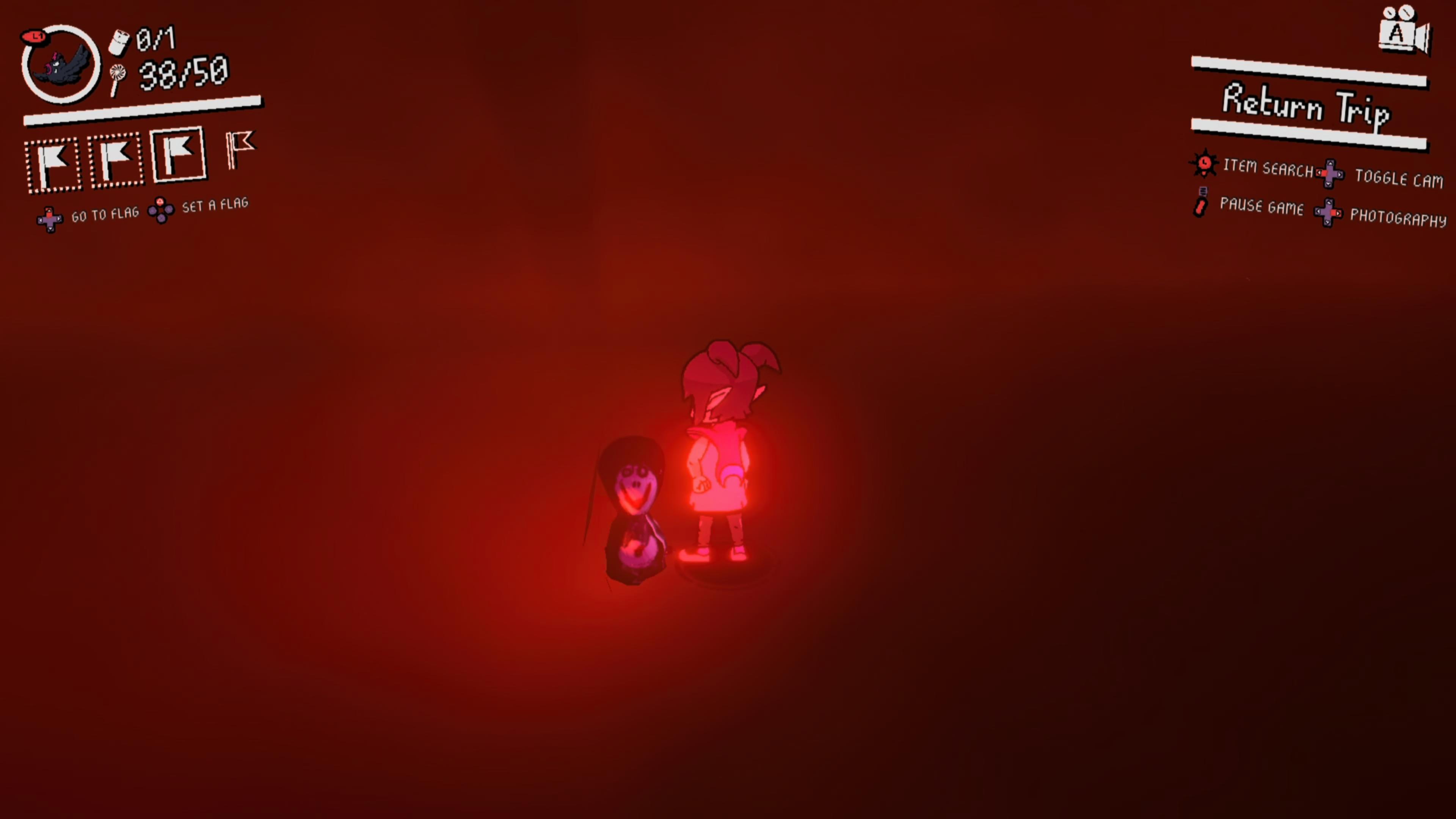 One last amusing anecdote. I've played a fair share of Resident Evil games in the past year but that thing in the screen shot above genuinely creeped me out more than anything from any of those games.

- Just read my post? I didn't think it was possible to exhaust literally everything else to do on the internet...

Hello and welcome to my humble little page. I decided to start blogging about video games in an attempt at indulging deeper with my life long hobby. A hobby in which has been pretty much hands down the biggest part of my identity since I was around 3 years old. (I'm 33 at the time of this writing) I mostly enjoy single player games since I can easily walk away from them and they'll be exactly how I left them when I come back. Also I've found that single player games tend to hold up better over time, given how multi-player games tend to change over the course of their relevancy, not always for the better, and one's enjoyment of them is dependent on whether not there's a good community behind them. But that discussion deserves it's own blog. I play a wide variety of series and genres. From mindless shooters to deep story driven RPGs. From obscure indie titles to big budget "triple A" titles and everything in between. My idea isn't necessarily to provide reviews of the games I talk about, but more to just describe my experiences with games in general.

Thanks for reading and I hope to see ya around!