The Games that Made Us

It’s hard to believe it’s been 10 years since the holiday bonanza that was 2011.  I look back fondly on 2011 as it was the year I truly fell in love with video games.  Prior, I had spent my gaming world really entranced in some of the most popular franchises, namely Pokemon.  While this franchise is still near and dear to my heart, I am thankful that my horizons were broadened during this year.

I was a 14 year old desperate to play the biggest and baddest game on the scene, which, in 2011 was Call of Duty.  There were multiple problems, first of which being, I was 14 and my parents wouldn’t dream of buying me a 17+ rated game.  Another being that my sole video game console was a Nintedo Wii, and basically everyone I knew was on Xbox 360.  I knew that I had a mission: somehow convince my parents that I was old enough to play games rated “mature”, and somehow acquire the right peripherals to play the incoming Modern Warfare 3. I first dipped my toes into the FPS genre (which at the time I believed to be the creme de la creme of games) with Call of Duty 3.  This was a perfect fit for two reasons: this was a T rated game, and was also ported to the Nintendo Wii.  It was a totally mediocre experience, with shoehorned in motion control support, no multiplayer, and a WWII campaign that was by no means unique in any regard.  Even though this was my foray into the FPS space, even then I was aware that this wasn’t the best gaming had to offer.

More importantly than that game was my trip to gamestop to buy it.  For all the criticism and hate this company gets, it really was a window into games I would have never ever seen before.  When the cashier asked if I was interested in their rewards program, I obliged.  Really because I was looking for the points rewards, but the membership came with a free subscription for a video game magazine, Game Informer.  The cashier handed me a copy of the most recent issue, which featured a strange gun wielding man towering over a bloodied corpse.  My 14 year old self was already bought in.  Little did I know, that this would kick off my enthrallment with the games and the games industry.  Prior to this, I had basically no conception of Video Games as a critical art form, and I think my love of this magazine was pivotal for how I engaged with games. 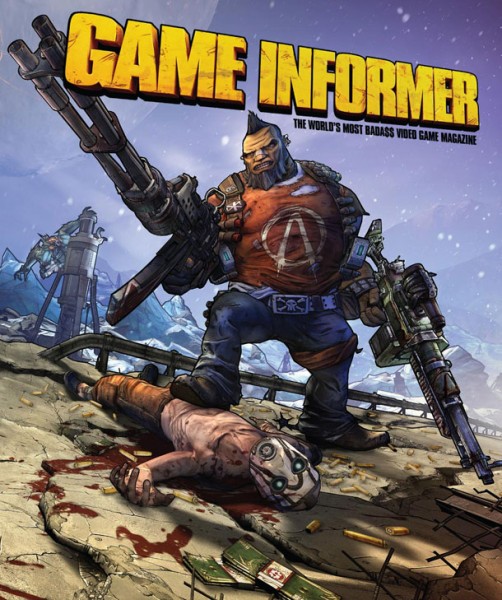 In one of the next couple issues, Game Informer reviewed the Legend of Zelda: Skyward Sword, and gave it a perfect 10 score.  I knew this was a game I simply had to play.  I rushed out to my local games store and bought a copy.  With a golden cover, and an included soundtrack, I knew I was holding something special.  Little did I know that that 10 was hardly the consensus opinion, and Skyward Sword was one of the most controversial titles in the series.  To me, this was an introduction to recurring themes and tropes that make the series great.  I went on to play just about every Zelda game after that and it remains one of my favorite series’ in the medium.

Just a few pages prior in this issue was a giant list of “The Essentials”, which was a list of some of the highest scoring reviews from the past generation of games.  Mass Effect, Uncharted, Batman Arkham, Bioshock; the list was a treasure trove of classics that I had previously been completely ignorant.  In reality, this was nothing more than a simple list of mostly useless review score numbers, but for me, it was a roadmap for every single game I missed out on and which classics I should really make sure to experience.

That summer, I mowed as many lawns as I possibly could and worked at the local snack bar by the local baseball fields.  I saved up enough to buy both a Xbox 360 and PS3, and I managed to convince my parents to let me play games outside of my age range, or if that failed find ways to sneak the more questionable content past them.  For some of these classics, like Chrono Trigger and The Legend of Zelda, I realized right away what made them great and that they were amazing experiences despite being older than myself.  Other games, like Half Life 2 and Metroid Prime, I could not wrap my head around how anyone enjoyed, as their mechanics were woefully dated compared to modern shooters like Call of Duty and Halo Reach.  Obviously, those games paved the way for the proliferation of the FPS genre years later, but that concept was completely lost on my teenage self. 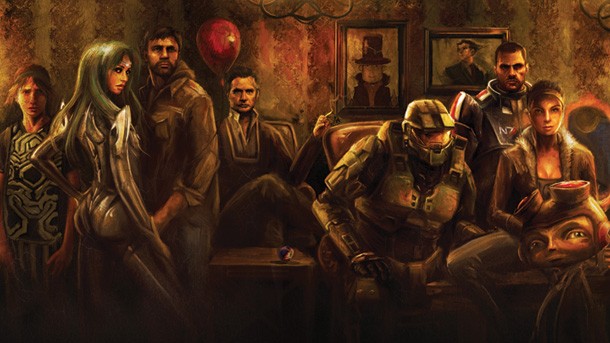 Even if I couldn’t grasp the greatness of a few of these games after the fact, this introduction to video gaming’s finest was something I always back to fondly.  My introduction to the Game Informer magazine was also what sparked my interest in writing video games reviews, which I began on Game Informer’s website, which had a section for user blogs at the time.  These blogs were god awful, and my reviews were not much better, but they were a stepping stone in kicking off my interest in not just playing video games, but writing about them critically.  Unfortunately, Game Informer revamped their website removing their blogging community.  Now, I’ve made my home here for gaming reviews and other various blogging.  It’s all still a work in progress, but I think in general my work has improved, and that’s thanks to my (sometimes embarrassing) work on my Game Informer blogs.

Looking forward, I hope to more frequently contribute to this site with incoming reviews, more blogs and opinion pieces.  Let me know if you have any recommendations for what you might like to see from me in the future if you have any.

I’d love to hear from anyone in the comments below of their experiences being introduced to games and games media.  Let me know if there was any specific game, website or magazine that captured your interest like Game Informer did for me.

Thanks for reading, and enjoy Thanksgiving.