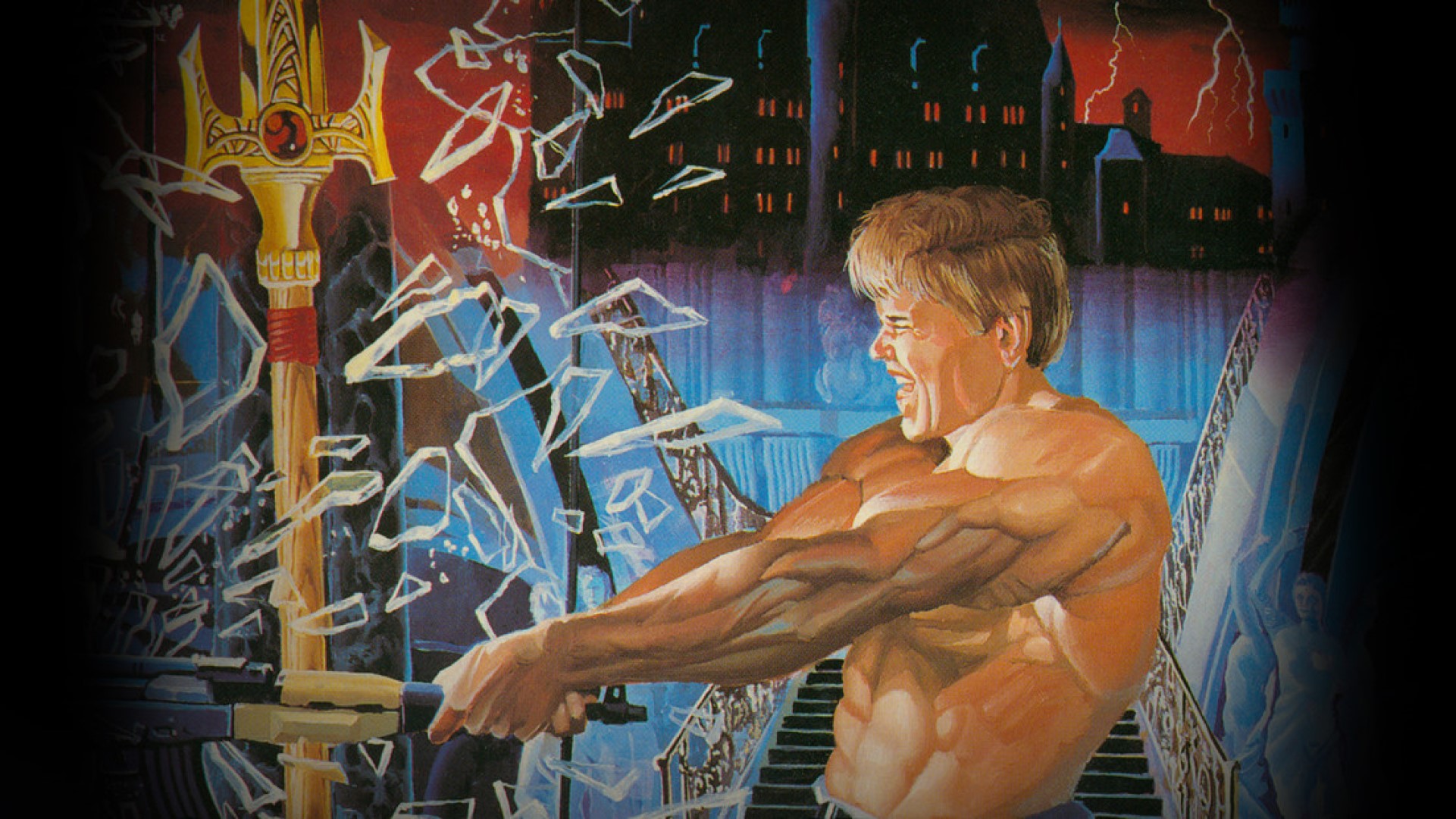 While the step from Beyond Castle Wolfenstein to Wolfenstein 3D is huge, the next step from Wolfenstein 3D to Spear of Destiny is actually quite tiny. Big step or not, the ranking must go on. As always, you can find the rank itself at the bottom.

In Spear of Destiny, you once again find yourself in the shoes of B.J. Blazkowicz. The Nazis have stolen the Spear of Destiny to use for nefarious reasons, and it is up to Blazkowicz to stop them. The ranking of Spear of Destiny also includes the two mission packs attached to this game: Return to Danger and Ultimate Challenge.

I almost debated including Spear of Destiny in the previous blog because I knew going into this game that this was essentially just a bunch of extra Wolf 3D levels rather than a proper sequel (or for this game, a prequel). Well, long story short, this game is just an extension of Wolf 3D. There are a few tiny changes and additions here-and-there, and I will touch on them, but none of these changes are anything I would constitute as major changes or improvements worthy of calling this experience a new game. Because of this, I decided to play the game with the ECWolf mod installed, which for me meant playing the game in wide screen, smooth frame rates, keyboard and mouse controls, and more. While this may be considered unfair considering I did not do the same for Wolf 3D and I don’t really add mods as heavy as this to a ranking, I felt like I needed it to actually get through the whole game based on my experience with the previous one, and I found it pretty easy to focus on what this game offers versus what the mod offers. Speaking of which, let’s get into what the game offers. 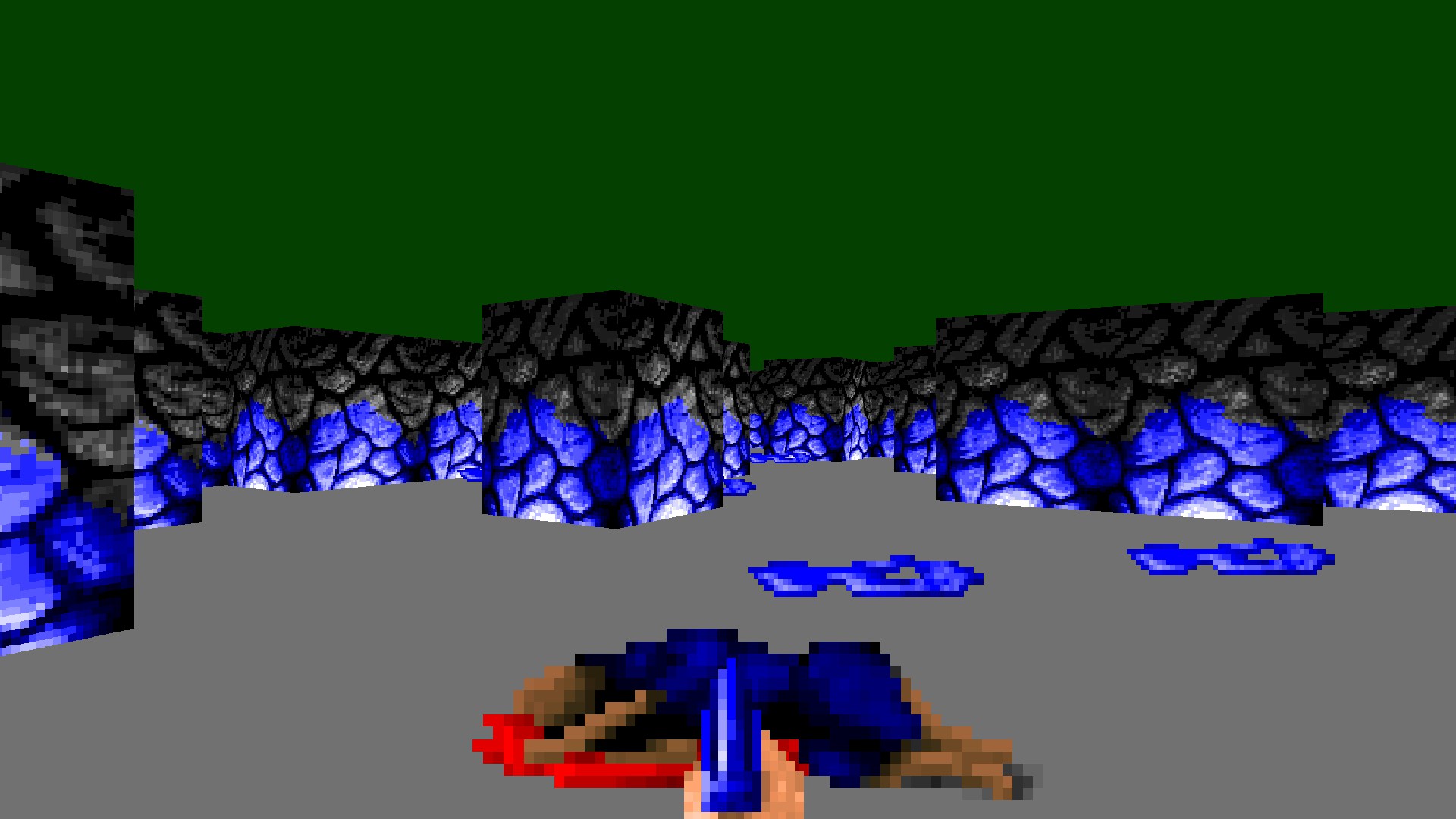 The mod changed a lot, but it didn’t change the fundamentals of the game.

The biggest issue I had with the previous game was with its level design, as it became more maze-like and designed to have more BS encounters with enemies as the levels went on. Unfortunately, Spear of Destiny starts this trend even earlier, and it wasn’t long before I found myself frustrated and wanting to bump down the difficulty. Unlike the six episodes of last games, this game has three episodes with twenty levels in each and includes a lot more boss fights. As far as I could tell, difficulty can’t be changed in the middle of an episode, so the first episode was nothing but frustration and save scumming for me. One thing I did find neat, though, was the ending, as the final boss ended with me picking up a spear that transported me to a sort of Hell dimension where I fought a demonic boss. Also, the episode ends with some stills, which I thought were neat. Otherwise, everything is the same. Textures, weapons, enemies, pickups, and so on are all the same here.

Episodes two and three, however, are a bit different. I bumped down the difficulty to the easiest setting just so I could cruise through the levels, and I actually found myself having more fun because I didn’t have to worry about trying to leave as fast as possible and tiptoe around enemies. The textures and audio changed around, and while I found some of the textures like blue weapons and purple walls to be goofy, I don’t think they are any worse than the color palette of the previous games. One thing I did notice with these new textures, however, was that I was getting queasy while looking at them fly by while moving, so my play time with this game slowed down to a crawl. 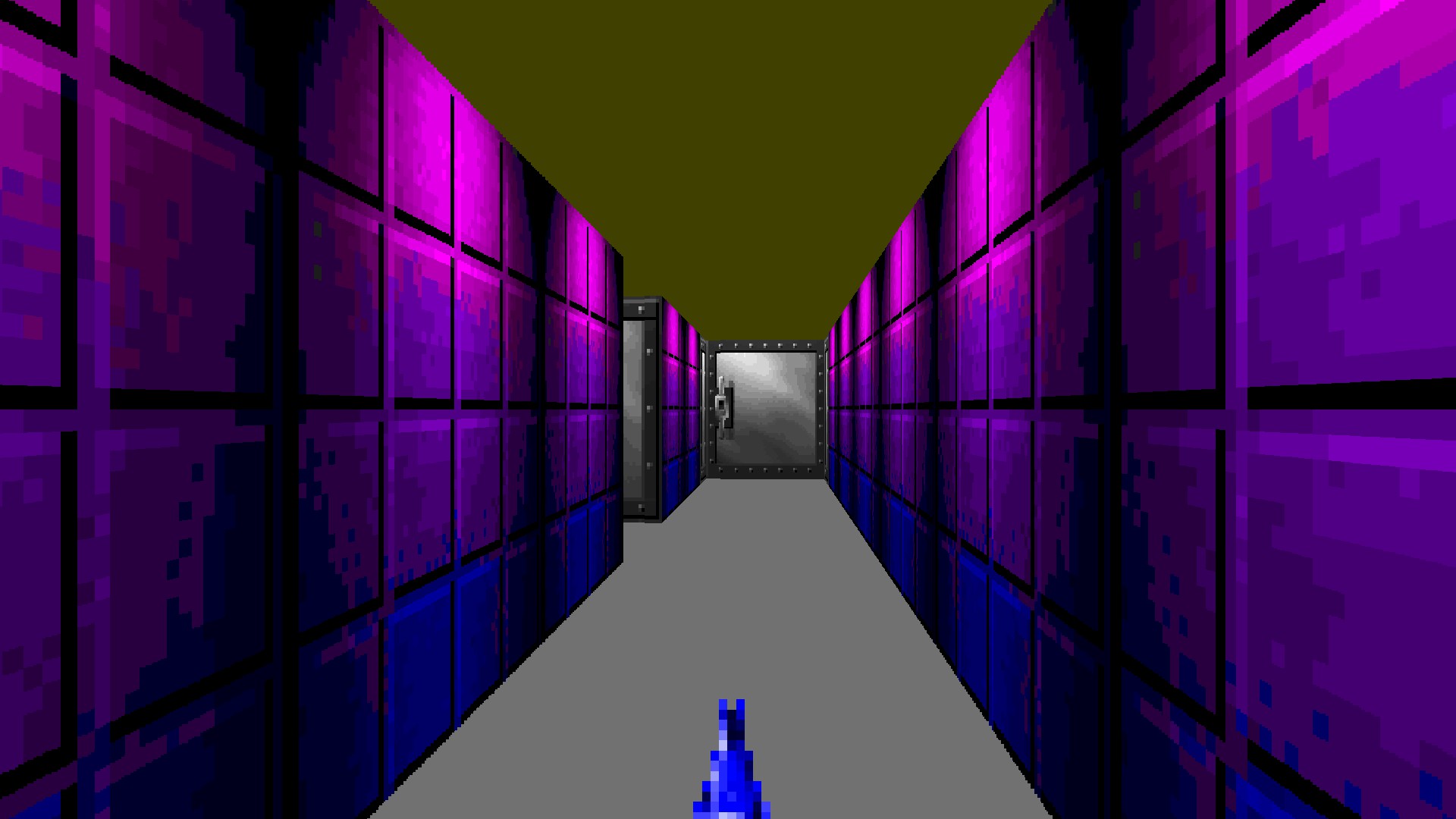 An accurate color palette hasn’t been a strong suit for this series so far.

On top of all the level design BS, I noticed multiple levels that required secret doors. Normally, I would think this is a neat way of scaling difficulty, but all it means for this game is more time spent rubbing against walls and holding the interact key. Finally, while playing through these last two level packs, I noticed the game re-using boss fights and the final cutscene, which for a game that adds so little seems like a new low.

Other than everything mentioned (which even then isn’t much), there isn’t really much else to say about this game. Spear of Destiny is very much more of the same, but I found it accentuating the bad parts of Wolf 3D more than anything else. Yes, playing with the mod and playing on the easiest difficulty made this experience more breezy, but its BS level design and overall lack of anything new is undeniable. Because of this, I’m putting this game in the number two spot behind Wolf 3D, but I’m guessing it will stay near the original two Wolfenstein games by the end.