Playing arcade games and little puzzle games can be a wonderful experience on smartwatches! It does however lack that content that fills a gamers day with joy and fullness. That's where Combat Wear 2 comes in !

A fully immersive, RPG on your wrist. 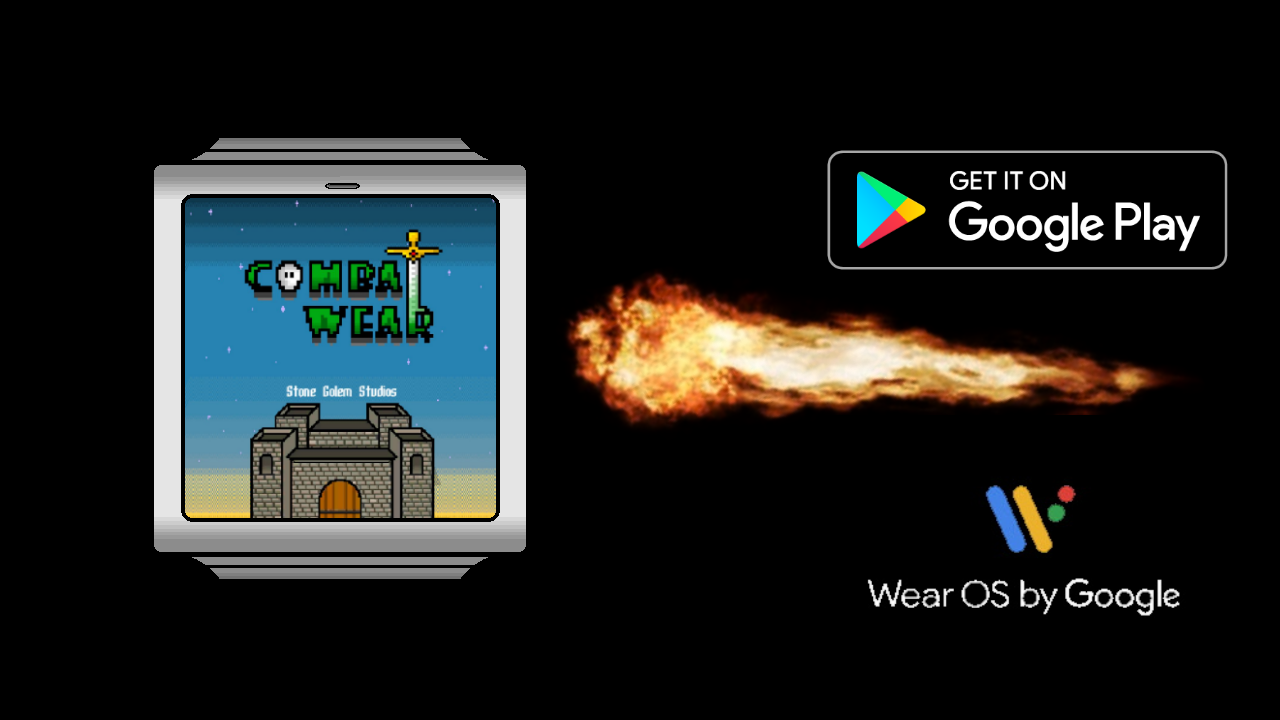 Watch games weren't meant for long hours of play but in small bites while waiting in line at the (insert somewhere boring lines are) or during commercials. The possibilities are endless for where and how those short bland points in time happen. This is where Combat Wear 2 shines. It was built snack sized with a huge portion. Let's get down to the grit. 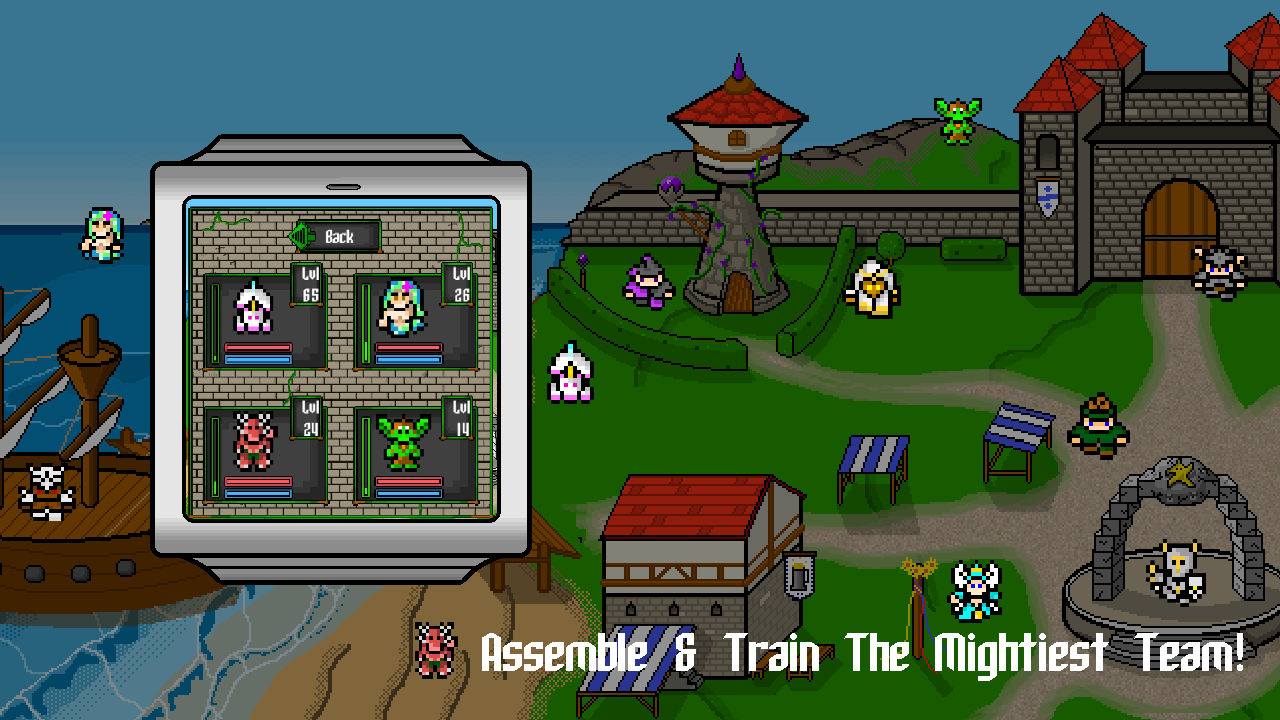 CW2 packs some features, many features.

At the raw of the game is a turn-based RPG with cute pixel art graphics. You "Knight" find your way into the Kings' employ again (from the first Combat Wear) and must help unite the kingdom, even if under a greedy kings rule.

All of which have many upgradable stats including a huge skill tree and 3+ magic abilities.

Anything from a volley of arrows, destructive rainbow blasts, to healing dust. 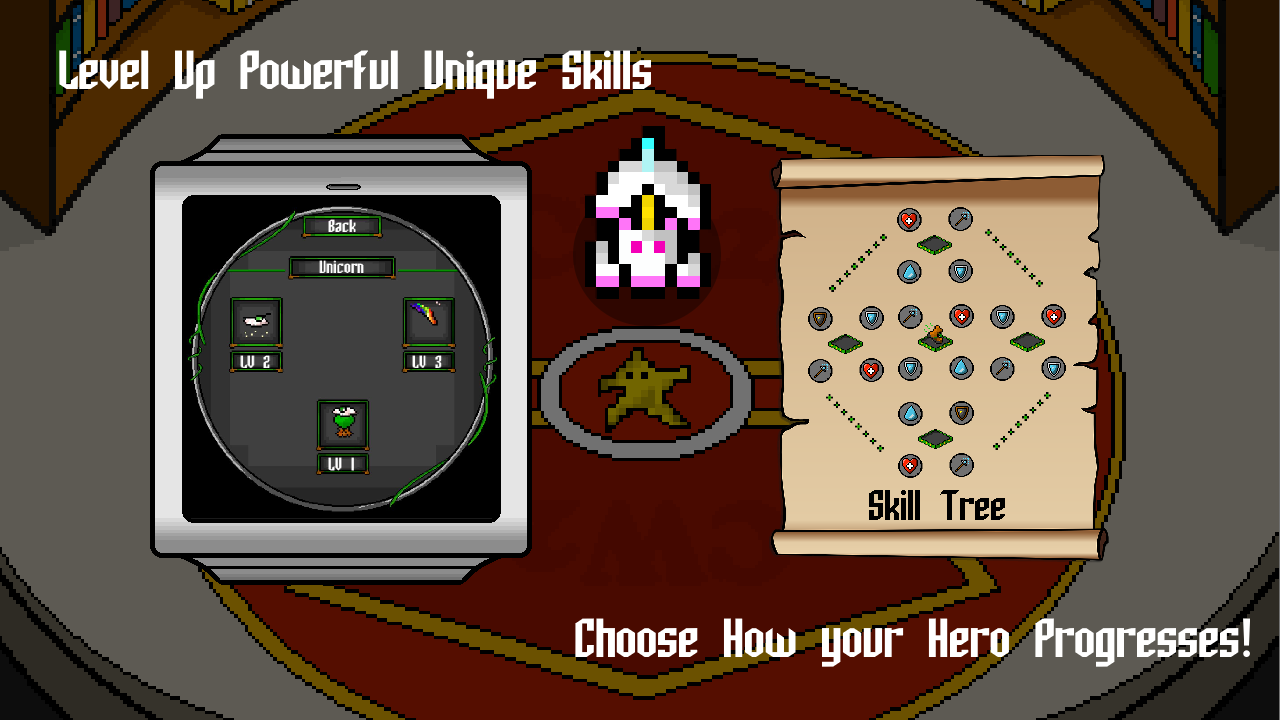 Each hero has a unique upgradable weapon as well... 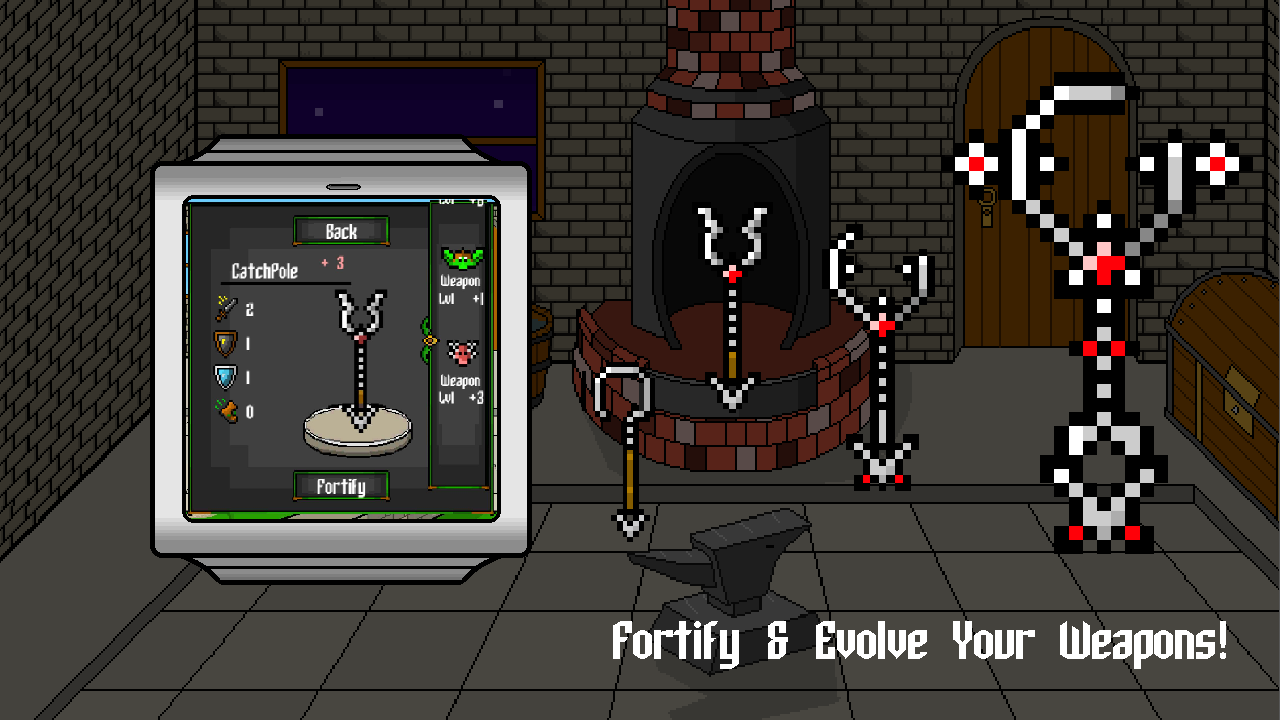 Now that our heroes are beefy, you can spend those few minutes waiting on that commercial to finish, spelunking down a randomly created cave full of progressively stronger creatures all while collecting much needed items for crafting!

What game these days doesn't have some form of crafting? Craft anything from potions to rafts, you name it... you need it.

When your not busy fighting 3 v 3 battles against baddies, you can take some down time with some REAL time farming. Plant and water your homes farm to get ingredients for potions. 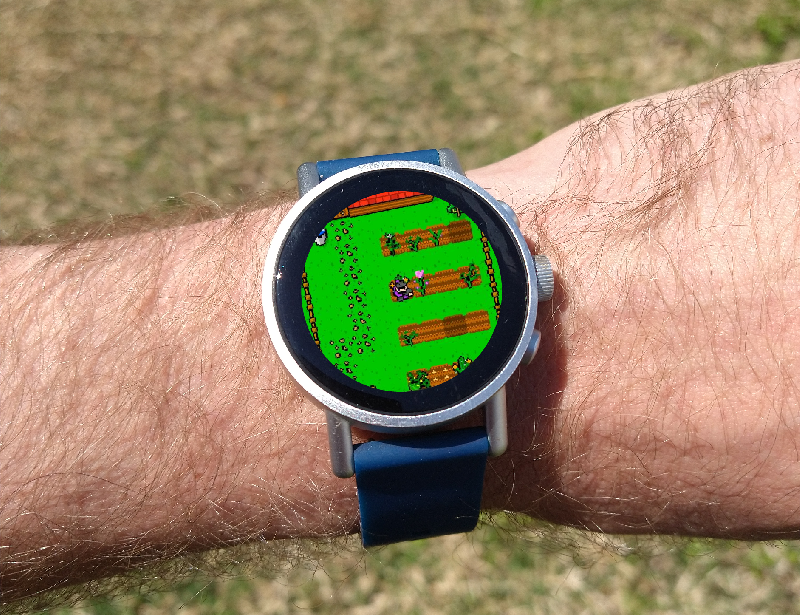 Have you every played Magic Rush on mobile devices? Combat Wear 2 sports many play modes as well including a Tower Defense mode where you use your heroes as the tower. Completely optimized for tiny screens, it's hard to imagine playing a tower defense game on a tiny screen but this does it, and does it well. Check it out here.

Want more? Loads more. Upgrade your castle for various stat increases. Each building has its own properties. Upgrade the blacksmith to evolve your weapons, the mage tower to increase skill levels, the farm to unlock for plots and much more.

Go on voyages, idle voyages with your heroes when your not at play to gather experience and items. Stone Golem Studios is committed to updates on Combat Wear 2, making sure that there is always more to do. A game to keep on your watch forever.

To top it all off, Combat Wear 2 is now the first, online RPG game to ever debut on smartwatches! So far with cloud save and load and an online leaderboard to see who has the strongest heroes. There are plans currently in works to release an arena to test your might, a guild system to make alliances and world bosses.

It would have been easier to bullet point the features. The next chapter in works and being released in November will allow your hero to customize and decorate your farm house and even show it off to other users.

We think you should try Combat Wear 2, we know you will love it. Download today @ Google Play Download or search Combat Wear 2 on your Wear OS watch now!

My name is Nick, I'm a video game enthusiast, wannabe entrepreneur and a Game Design student. Shortly after writing this post I might be a real entrepreneur, a dude with a Game development degree and still a Video Game Enthusiast. My life revolves around games of all colors and I like philosophy so I hope everyone likes strongly opinionated could be facts.