A plea for fan translation: Nostalgia 1907

A game that is often best known for Kojima's suspected copyright infringement of it.
I demand this games resurrection. Or rather I'm pleading to the great translators of the internet. This game is an early industry martyrdom or a bomb or a flop or one of those company collapsing product gambles. Like Heavens Gate or Kingdoms of Amalur, in 1991 as soon this game was finished and went out the door then the shutters came down for good. 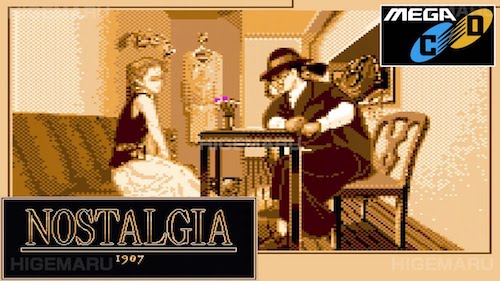 Not a romance VN. This is Case Closed meets Agatha Christie
Okay, they didn't collapse immediately, since less than a year later the company (Takeru) would release the NES platformer Little Samson, their second title in the colourful, weird, tough platform genre. Yet, within the same building, possibly sharing the same lunch & bathroom, a team were crafting something unlike anything they had done. Something not for the NES. Something large scale. A point and click adventure, in sepia tone, inspired by spy-historical novels, text focused mystery game, was being designed under the name Nostalgia 1907. It was developed for the Sharp X68000... In others words, career suicide. 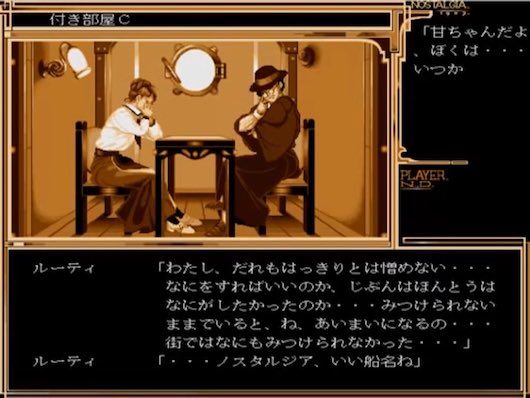 Don't ever tell me the odds. I'm safest operating outside reality.
The company and the people behind these games were on the best and most successful (until this game) streak of their lives. If anyone had/has seen the games that came out of this company beforehand, they would say it was as if Sega released Sonic the Hedgehog and then while its sequel was in development they released MYST. If MYST were a bomb that destroyed a company and careers. 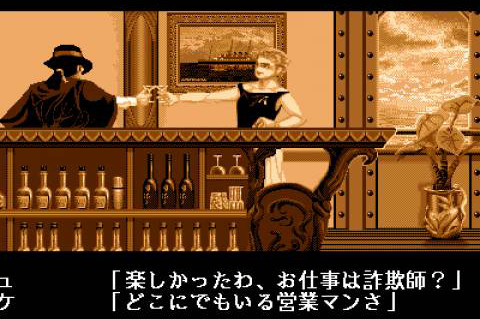 Alchohol use prevented the NES port.
The game is based around a bomb actually, possibly ironically. A bomb onboard a ship. It blows up a little girl in the intro, which did suprise me. The gameplay seems to require the players memory of NPC dialogue, some time puzzles mixed with your own connecting of clues. I think it may have branching dialogue options depending on who you speak that leads to choices which have pay-off, or so I assume since I didnt get far with the Japanese version. 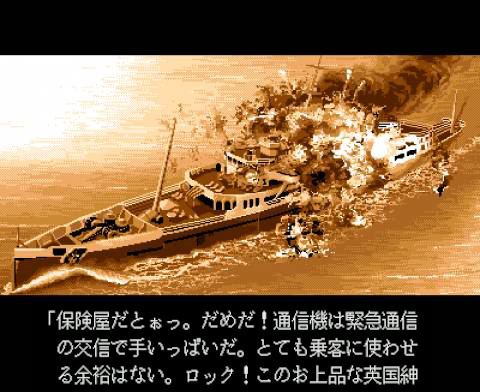 Translation: BOOM!
Maybe the text heavy narrative is the very reason it has been ignored by independent translators. Either the game wasn't that good, or was ill suited for overseas or maybe no one would pay the toll price to get it across the lingual barrier. It is all the more sad when the only real waves the game has made was in the 90s with a few people having once played it and liked it for its few creative ideas (which they then stole). Maybe there is no reason for a second life for the game since others have lifted what worked and used it elsewhere, like Dune or the Princess or Mars books. 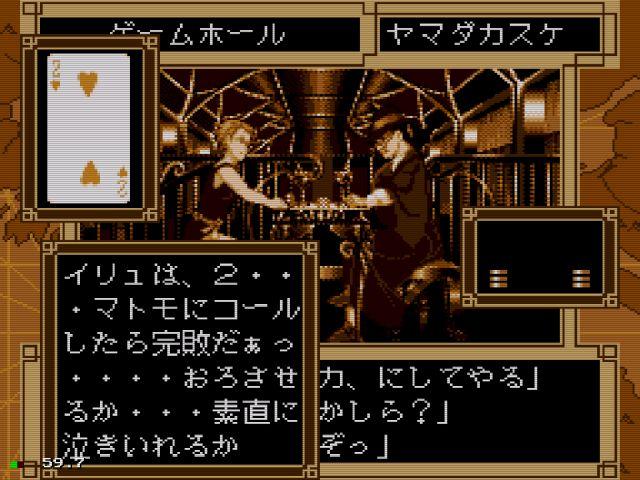 Interfaces still had some simplifying to do around this era.
This game was a risk, bigger than even they seemed to know and one with the worst type of outcome. The people who worked on this game have good credits, Strider and Mega Man but the stink of financial loss followed them for quite a while from the looks of things.
In my thinking that the internet age has overcome the obstacle of language, here is an example of it only highlighting the pieces of lost history I cannot have. I simply won't believe the game is bad until I feel the cold hard disappointment. There is not enough evidence to suggest the game is not worth doing so. I have test played the game with the aid of an emulator and google translate and it did not seem in the slightest bit possible but the presentation could be described as serviceable for the time of its release. 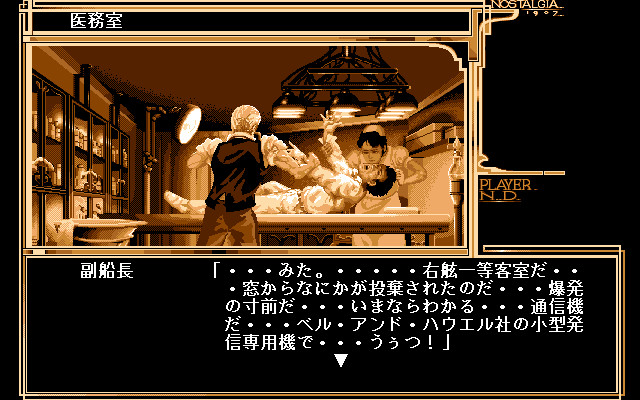 The game appears to feature all sorts of hijinks in a mystery aboard a boat.
History would repeat itself in the same genre later that same decade with The Last Express. When these games fall they fall hard and they are heard by others who are trying funding. The difference is that one of those games is now on Steam.
Apparently the game features a card game often, I am terrible at cards and avoid them in-game and out. For a game that uses still frames, many of them look very good, they use several in succession to create the bombs exploding animation. It looks as if it was pretty impressive for its time. 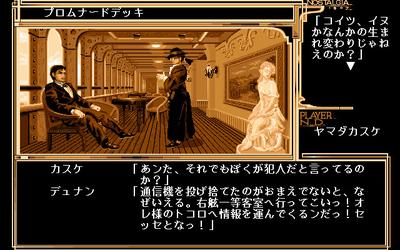 Click to engage stiff rich aristocrats.
Takeru were a rising star in the industry when Nostalgia 1907 was released and it took the wind out of the sails before the ship sank completely. I adore the few games they put out and will continue to but I would also like to appreciate all of them.
This is usually where I thank fan translators so all I can say is 'Please'. Please at least consider this game. There isn't much online about the game so this is just my small plea of text into the great whirlpool of the internet, with hope it will wash upon the shore of someone with the correct tools. Some rare faceless hero who does not seek rewards or thanks for bringing long buried trinkets back from the wastes, only for the western world to scoff and ignore your museum submission.
One can hope.
Login to vote this up!