Wildermyth Review: Adventure Around Every Corner 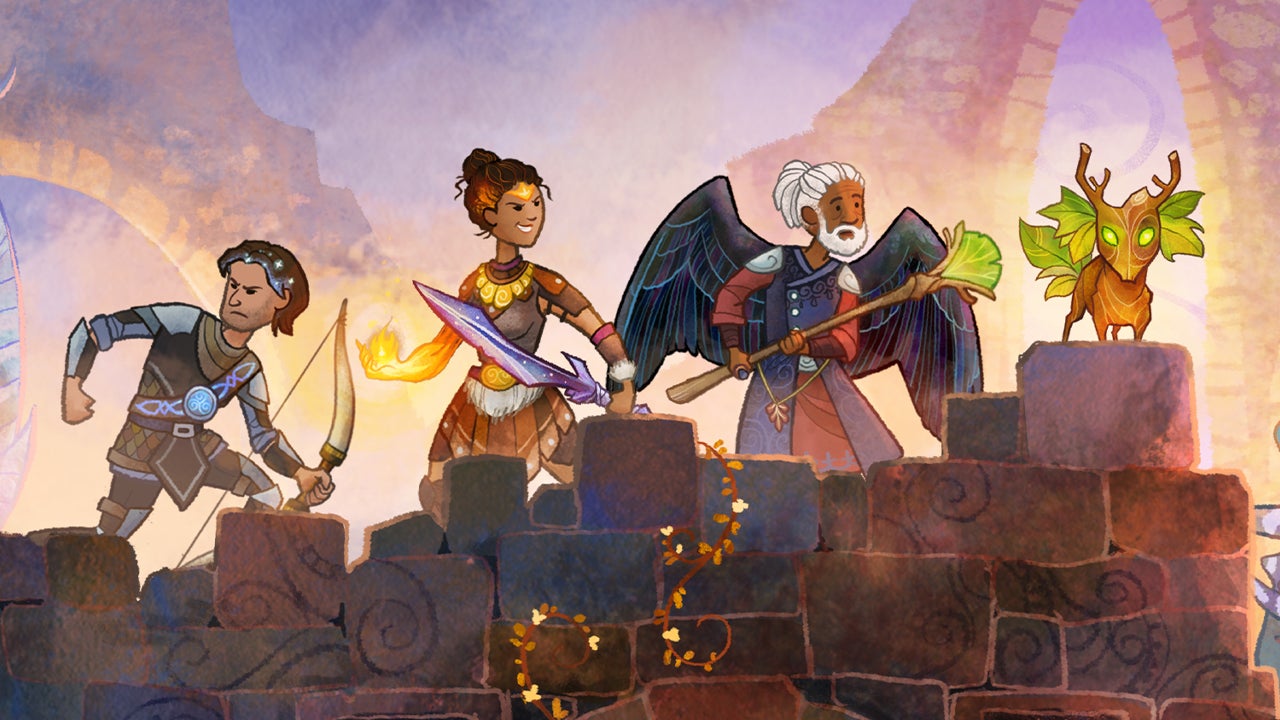 Wildermyth is a procedurally generated turn-based strategy game that isn’t much to look at on the outside.  On the inside, it has quite a lot of heart.  While this game won’t blow you away with it’s presentation, it succeeds in frequently delivering memorable moments throughout each of it’s campaigns; where your party of archetypal fantasy heroes embark on a journey to defeat new fantastical threats.  There are three classes, warrior, archer, and mage.  Warrior and Archer are rather straightforward, with close combat and ranged attacks.  The mage is a bit more interesting, and can magically infuse with inanimate objects to trigger a variety of spells.  This can range from shattering wooden objects to splinter foes, to using chains to pin enemies to a set location.  Characters start out with paltry weapons and armor, but over the course of each playthrough humble peasants become fierce warriors with legendary gear and elemental infusions. 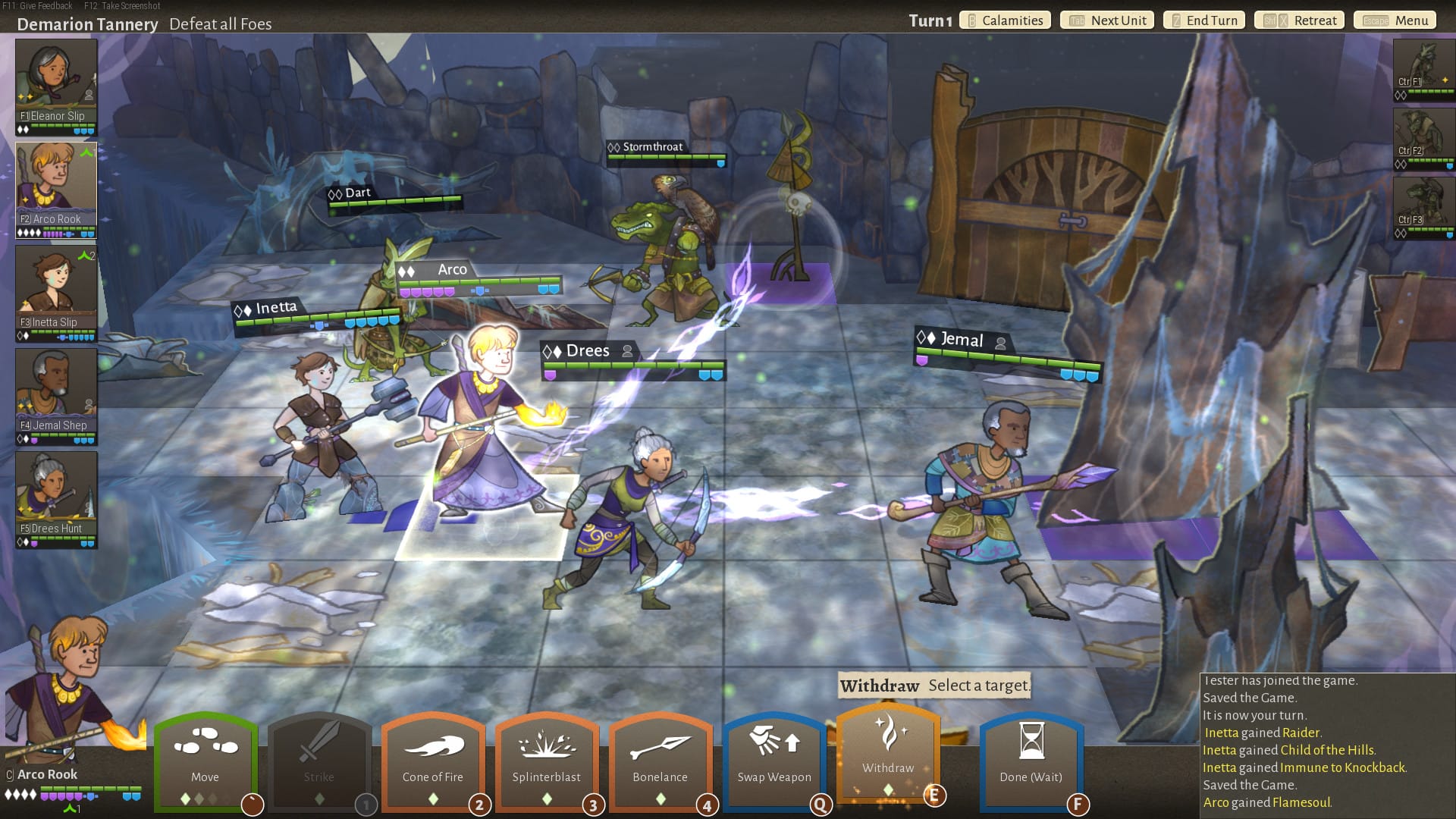 Wildermyth takes randomly generated storytelling and embraces it wholeheartedly.  Stories are told through simple image stills, and lack anything resembling cinematography.  Even so, I found myself becoming attached to my cast of characters who would form personal bonds, rivalries and relationships throughout the campaign.  While some may be looking for a more narratively focused game, I found the random nature of Wildermyth’s events compelling, and often even simple decisions could blossom into incredible consequences.  One of my archers inadvertently snapped a tree branch during a hike through the woods and received an ancient forest curse, which slowly transformed him into an ent-like being.  Tree trunks replaced his arms, making him unable to use his prized bow, but he became a devastating melee fighter instead.  There are countless stories like this within Wildermyth, and the pursuit of these new twists kept me coming back for new campaigns.

This game goes whole hog into its vision of a Dungeons and Dragons simulation that you control, but you can tell that this is a production of limited scope and resources.  For some this may not be a huge deal.  But it must be mentioned that even during the game’s turn-based tactical battles, characters resemble cardboard cutouts and battle animations are primitive at best.  Given the limited selection of available weapons and armor, loot can feel a bit repetitive.  However, I thought the enemy designs were rather inventive.  The sea monsters, automatons, and lizard folk were neatly designed and kept the battles fresh from a purely superficial perspective. 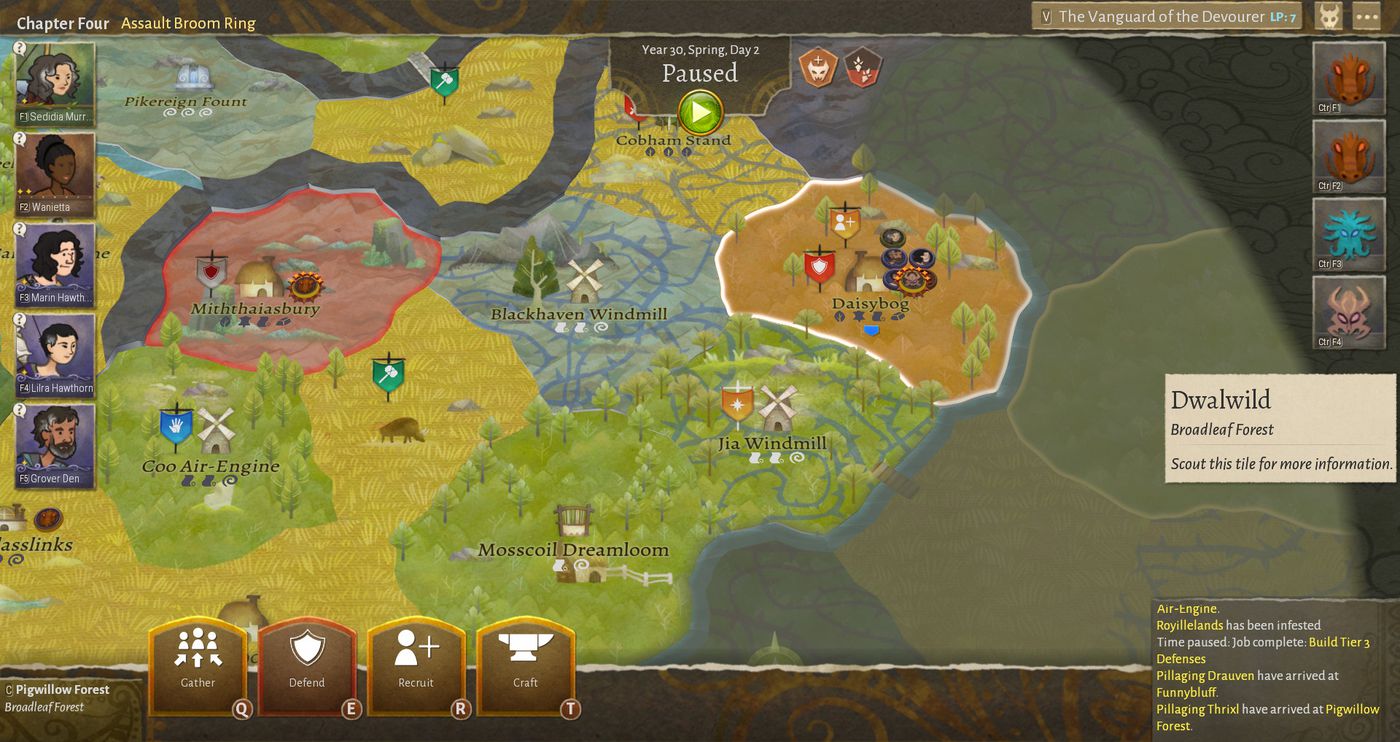 While your party is not engaged in battle, they must traverse the overworld, a title-based map that serves as an intermediary area between skirmishes and random encounters.  I get the team was going for an emulation of a D&D quest, but it feels underdeveloped and a bit of a time waster in between the good stuff.  Making the actual traversal fun would be a step in the right direction rather than watch icons slows move across a 2D map.

While these areas could have been handled better, they certainly don’t detract from the team’s overall success in creating an extremely replayable fantasy adventure simulation.  Everyone who spends time with Wildermyth will walk away with different stories and watercooler moments, and the anticipation of new procedural twists around the corner kept me coming back for new quests.  While many games this year may look nicer or have more polish, few can match the memorable moments that Wildermyth constantly delivers.