It Takes Two Review: It's Never Boring with you Around 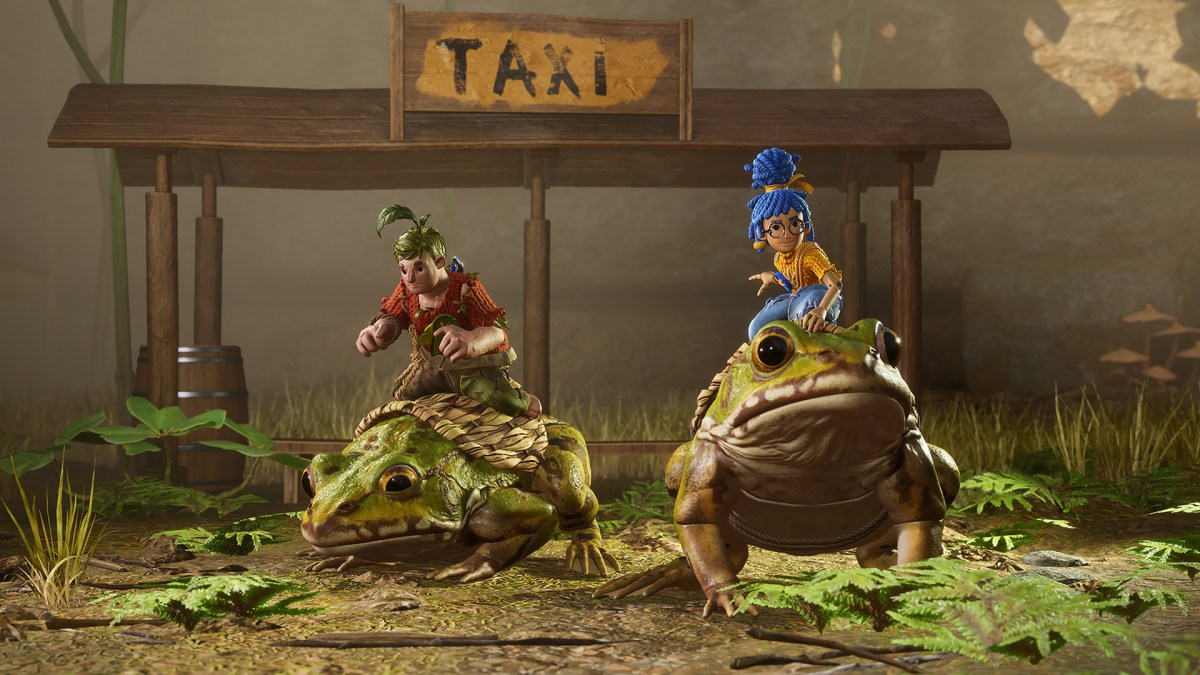 It Takes Two is an ambitious game that understands very clearly what it wants to be, and sticks to it’s vision unabashedly.  A co-op game, It Takes Two chronicles the relationship of a couple, May and Cody, on the brink of ending their marriage.  Hoping to bring her parents together, the couple’s daughter turns to a magic book, who transforms her parents into miniature dolls, and tells them the only way the two can get back to their original bodies is through working together to repair their marriage.

This game can only be played with two players, and the design of every level and puzzle is built around constant cooperation.  You will need to frequently interact with your partner, and some puzzles require a great deal of vocal communication to stay in synch during several timing based puzzles.  In a strange choice, the game remains in splitscreen during online play.  For this reason, I think this game is best experienced through couch co-op.   When it works, puzzles that demand such a high level of synchronization push this game to a new level.  However, there are a couple of sections that require too much timing and precision from both players, which lead to a great deal of frustration.  There’s only a few, but some puzzles just don’t meet the same level of quality as the majority of the game. 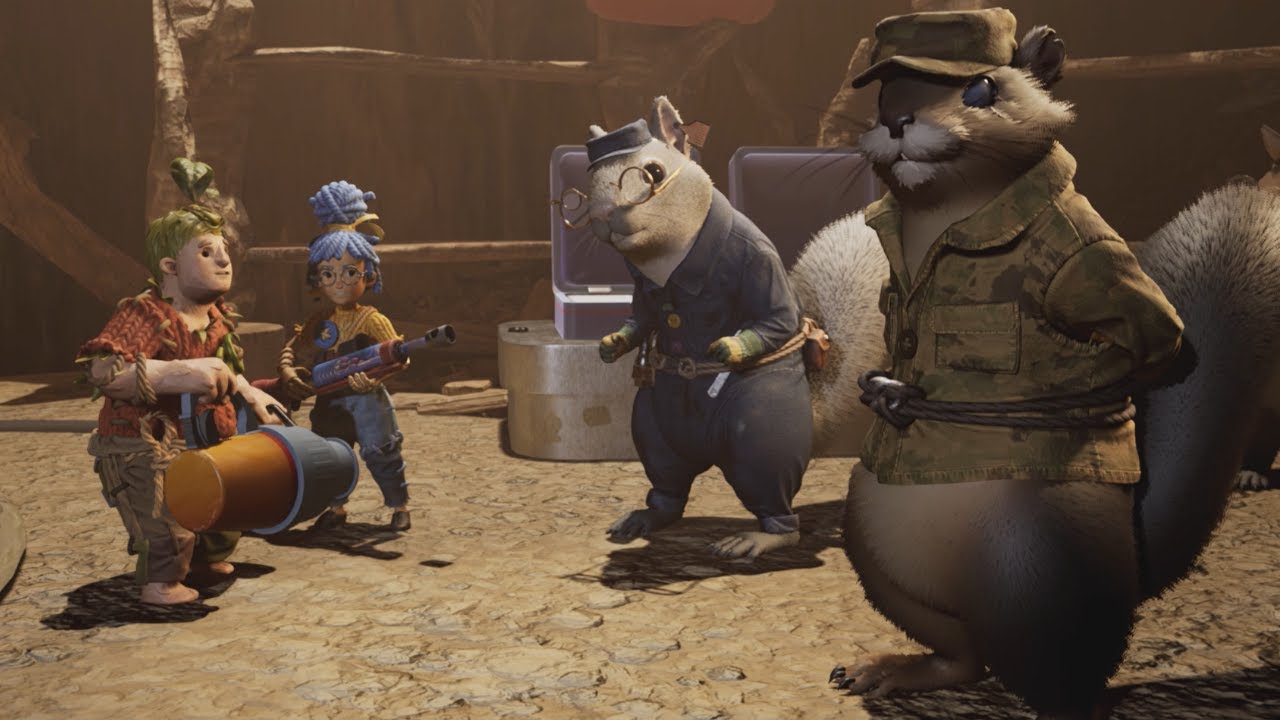 Right away I was impressed with how tight It Takes Two controlled.  It is a sneakily good platformer, and despite the bombardment of new game mechanics, I never felt introduced to any twists that were too difficult to pick up quickly or felt clunky.  And while not essential, there are dozens of entertaining competitive minigames ranging from whack-a-mole, ice skate racing, to even chess.

But the most impressive aspect of this game is the frequency in which it introduces new gameplay mechanics.  The game dramatically shifts gears roughly every half hour, giving players these new gameplay hooks constantly.  You will go from playing shooting down wasps with honey in a third person shooter, to playing a traditional dungeon crawler in a toy castle inside a child’s room.  Not all of these hit, and some do drag a bit.  The game does have some pacing problems; I think in an effort to make the gameplay so diverse certain sections suffer.  While I loved riding on the backs of spiders or shooting down enemies as a humanoid catus, I was counting down the minutes until I could escape the clocktower, which revolved around a frustrating time control mechanic. 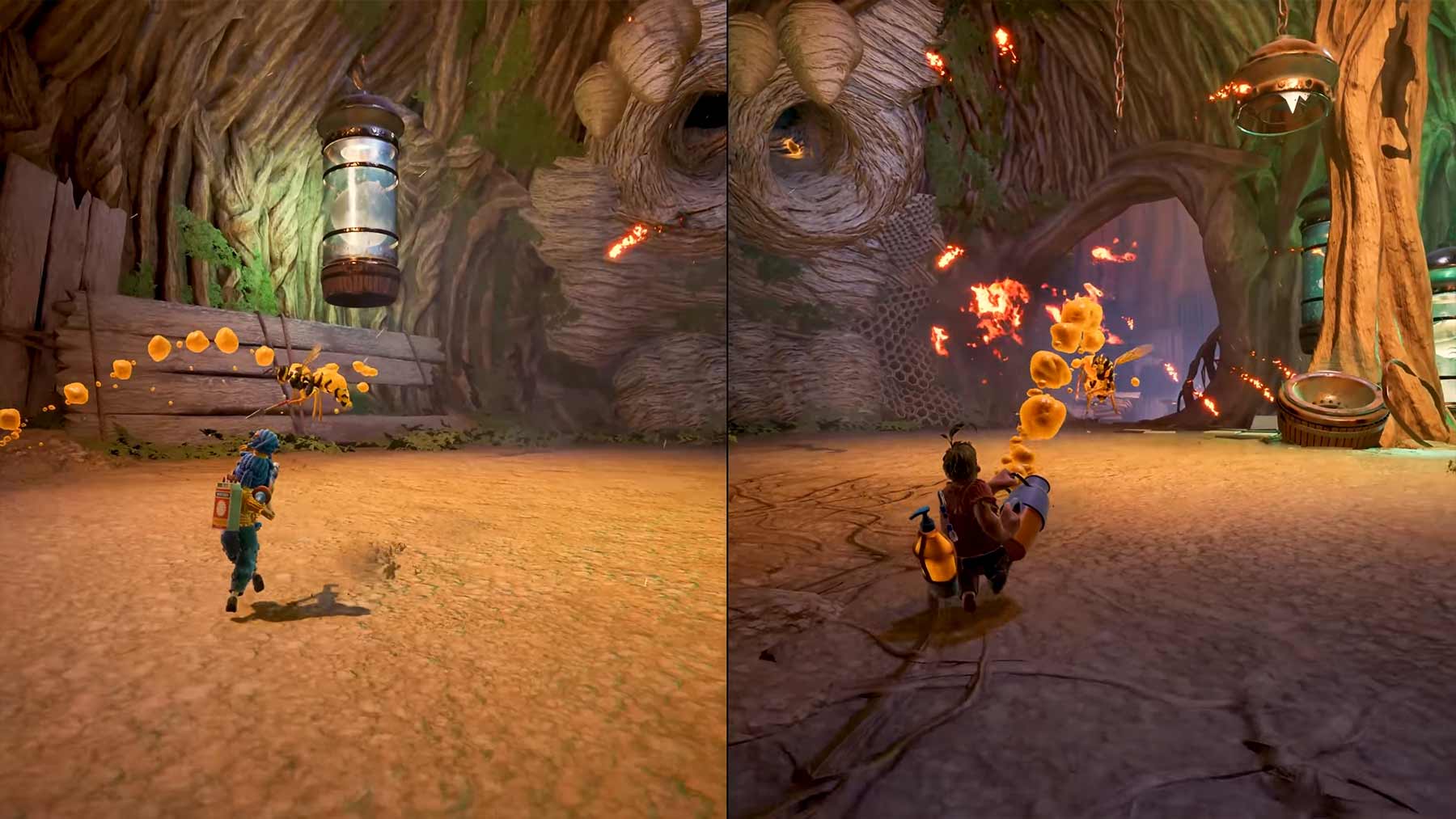 Unfortunately, the story is the weakest part of this game.  The Book character has a grating latin accent that borders on stereotypical, which became a constant annoyance to my partner and I whenever he appeared on screen.  May and Cody often are just detestable, with a frankly bizarre tonal shift half way through the game that just made me stop caring about these characters.  The ending I am hesitant to say was satisfying.  The finale doesn’t feel like an honest portrayal of divorce, though I’m sure some will disagree.  For such a nuanced topic, I was hoping for something more refined than a straightforward resolution.  If you can ignore these grievances, you will find a perfectly fun platformer in It Takes Two, but it's worth mentioning.

It Takes Two could have handled it’s narrative better, but there is an unmistakable quality within it’s cooperative vision presented through the ever-changing game mechanics and puzzles.  If you have a partner interested in puzzle games, you’d be doing yourselves a disservice in missing out on It Takes Two.  While not every puzzle or mechanic knocks it out of the park, the highs of this game are some of the best moments I’ve had with games this year.