Incredible Crisis may be one of the weirdest games released on the PS1. In fact, it may be one of the first games to showcase a typical brand of Japanese humor and wackiness that would later be replicated by games such as Captain Rainbow, Rhythm Heaven Fever, and the WarioWare series.

Like those games, this is basically a collection of small Action, Rhythm, and Puzzle mini-games presented in a wacky exterior with a wacky story. Thanks to its excellent music, character design, and art direction, the game ends up being better than the sum of its parts, and worth playing despite the weakness of some of its mini-games. 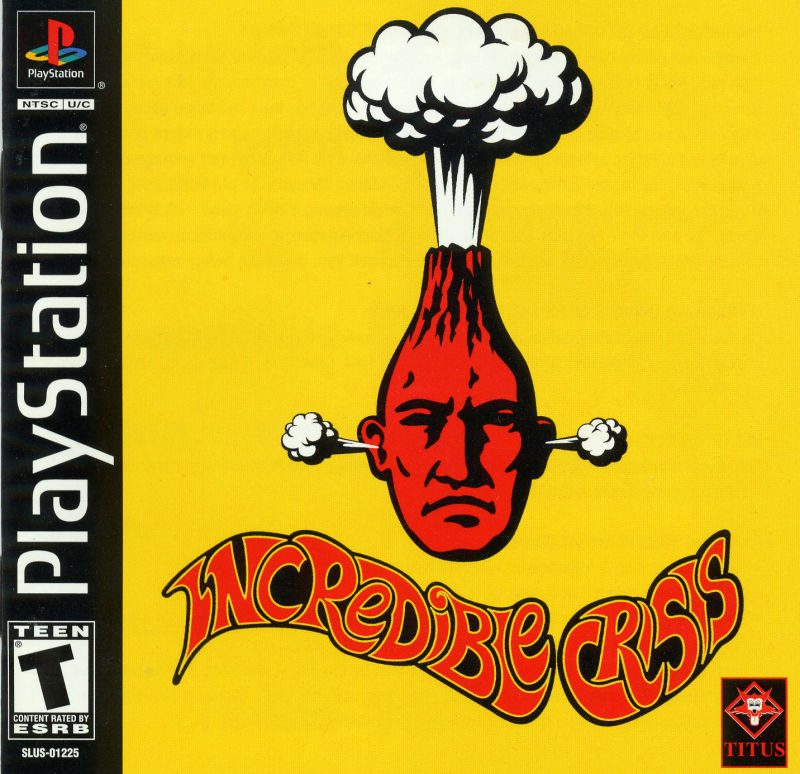 The game takes place on a single day and follows the lives of the four members of a middle-class Japanese family as they prepare for the grandmother's birthday party. What ensues is some crazy and wacky story that none of them expected, including aliens, bank robberies, and big giant pink bear Kaiju. 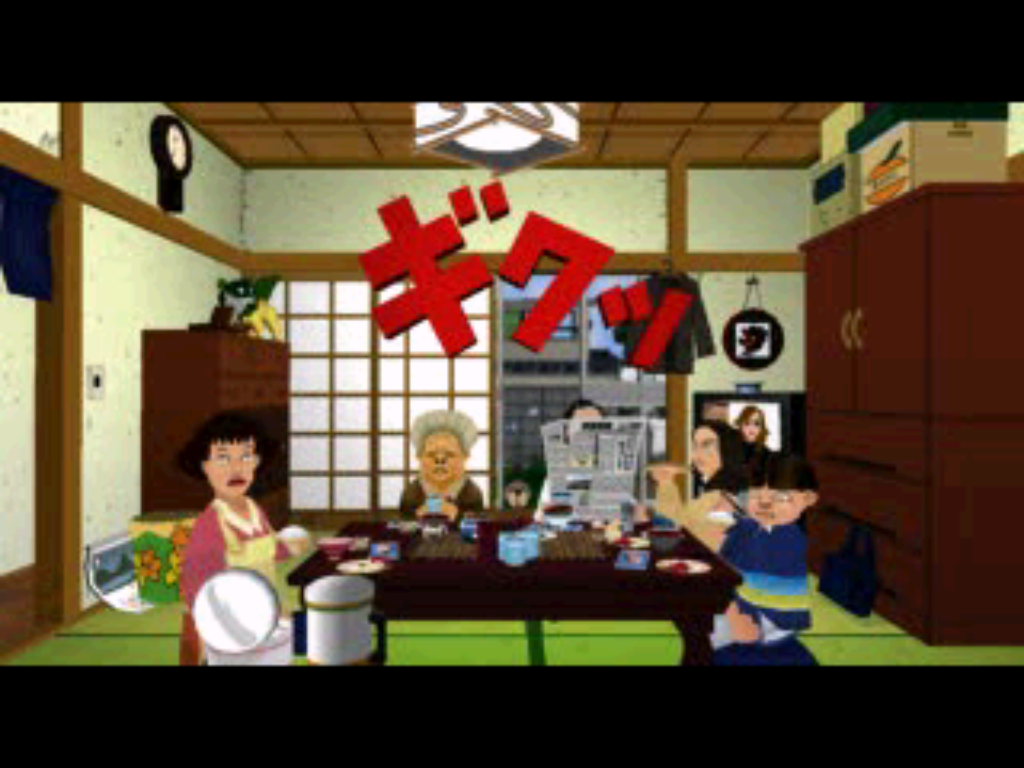 It's going to be a weird day for the Tanamatsuri family

Take the opening chapter of Taneo's (the father) day. First, he starts with some office warm-up exercise where he Disco dances with colleagues, and the next minute he starts running for his life. You see, he is working in a high-rise building next to another one where a giant globe is being installed by helicopters (not sure how that should work). However, the globe accidentally rolls into Taneo's building and seems to have a will of its own to crush him. So, as the globe chases him, he finds himself in a falling elevator, clinging to a flag pole, and then struck in the head with the falling arm of a statue. 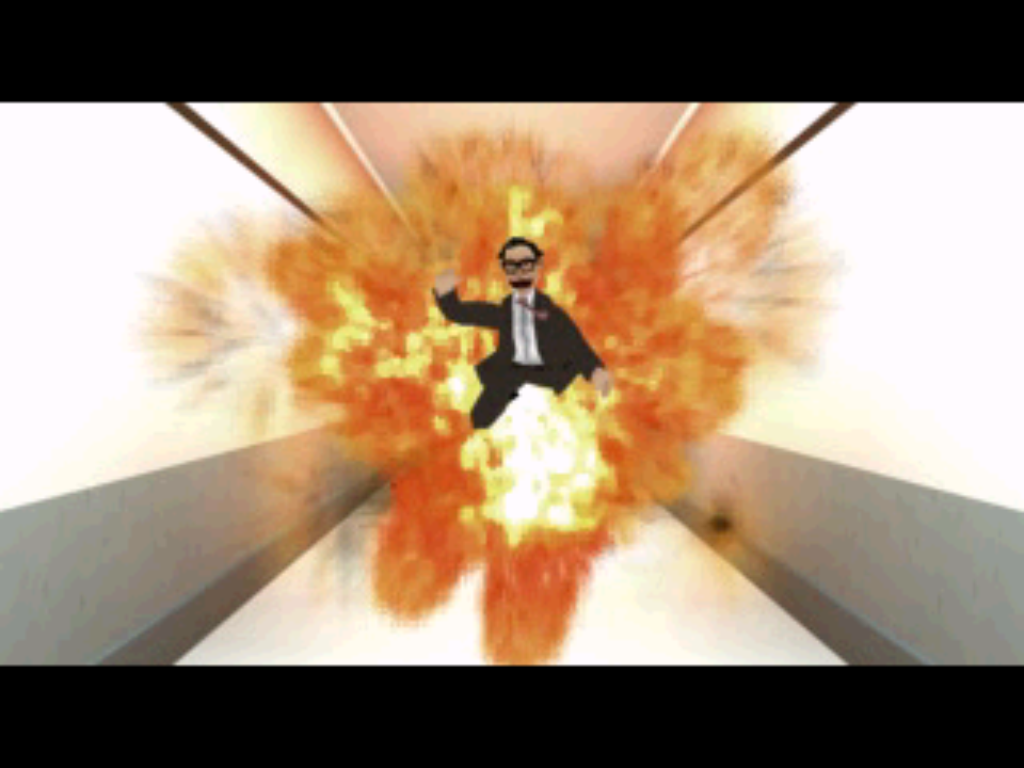 Or literally explode into a new situation

The rest of Taneo's family do not fare any better, as they survive bank robberies, being shrunk in size, and even some extraterrestrial shenanigans. An interesting throughline through all the four's stories is how one inexplicable event in one story is then explained in another's. This gives the wacky storyline some consistency and ensures that the game isn't just throwing weird stuff randomly.

Everything around the game works to sell the game's wacky story, from the music to the character design, graphics, and honestly extremely good animation. Even though there is very little dialogue, it's like a slapstick comedy how everything unravels, and it works most of the time.

"Find the pressure points! The lady needs a back massage"

While the entirety of Incredible Crisis can be compressed into a short CGI movie that would still be interesting and funny to watch, I think the fact you are involved in many of the character's crisis-filled moments makes you experience the frantic nature of their story more closely.

That would be the case even if the mini-games themselves weren't that much fun. 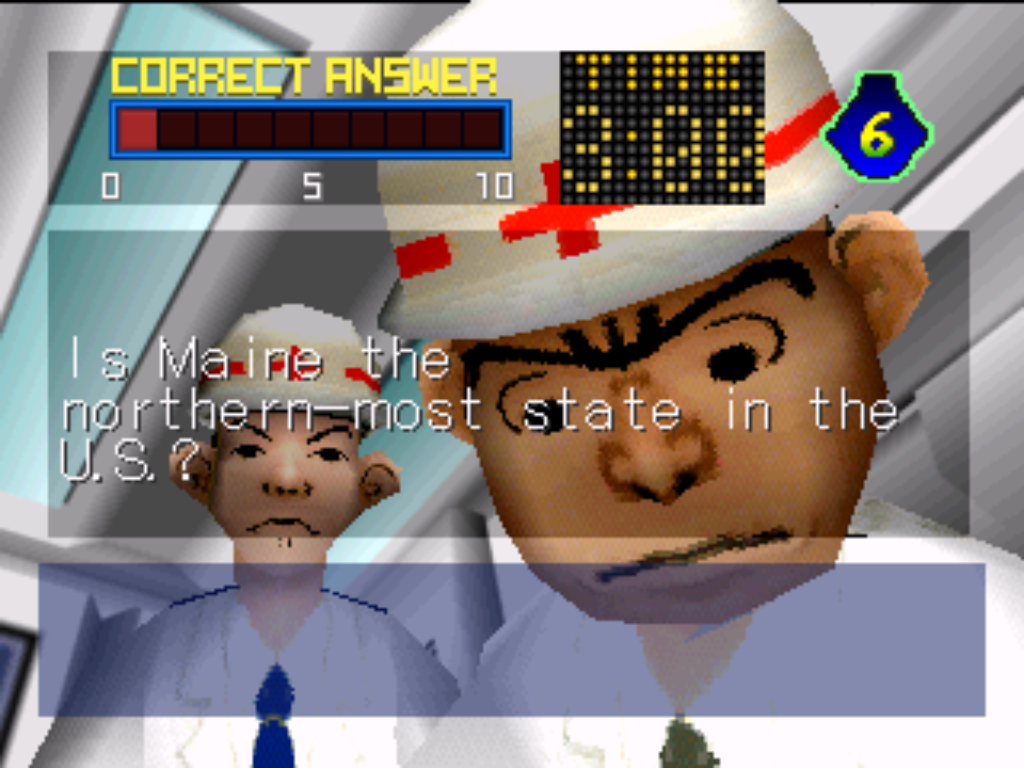 But they always have something funny in them

Thankfully, the majority of the mini-games are really fun to play despite none of them being absolute stand-outs. Even better, there isn't one mini-game that stands out as being too obnoxious or difficult, even if one particularly annoying game does repeat itself three times.

Each non-repeating game has a unique style and inputs. Generally, the games are divided into three categories with some minor overlap: rhythm, action, memory, and timing. The opening chapter has a rhythm dance game like in PaRappa, running away from the globe is both about timing your button mashing and the action of dodging obstacles, the elevator is the same but with different timing and balance, and surviving the flag pole is all about timing. 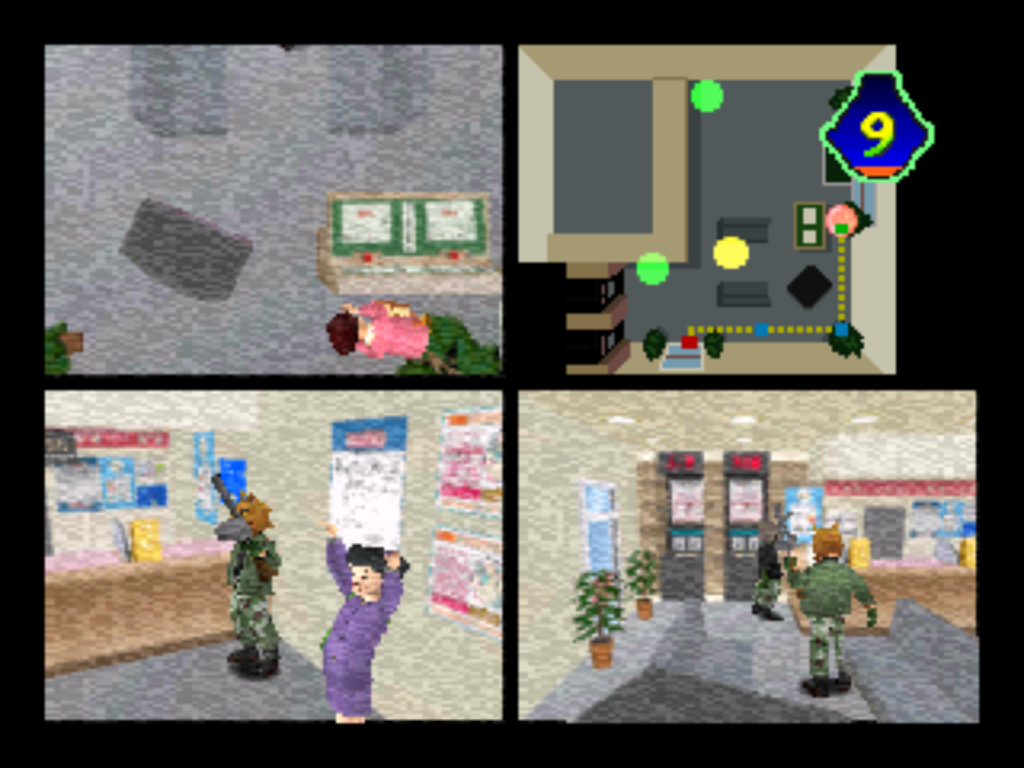 Some mini-game use entirely unique ideas

Generally, I would say that each game needs you to pay attention to one action while taking care not to be impacted by the obstacles in the way, which is best demonstrated by the annoying "Titanic Away" mini-game. In that game, you mash the X button to fill a bucket with water, then use the Triangle button to dump the water overboard. All the while, you need to press the directional buttons to protect yourself from falling debris that could hit you, interrupting your work, and potentially causing the boat to sink. While other games did have similar button-mashing requirements, this one with its multi-faceted controls had the most and consequently was the most painful for me despite being one of the best games.

"Get your hands off me, you dirty old man!"

Other than the game's 24 mini-games, there isn't anything else to the game, except that is if you want to play it taking turns with others (which honestly can be hilarious). Other than that, there is no real incentive to master the game's many mini-games, and I honestly don't think the game's difficulty will keep this from being anything longer than a 3-4 hours playthrough.

This short length is both a blessing and a curse for the game.

Given the fact that the sheer variety and wackiness of the game's mini-games are what keeps you from noting any of its flaws and shortcoming, it should obvious to point out that a longer game may struggle not to repeat itself or hide its weakness behind variety. 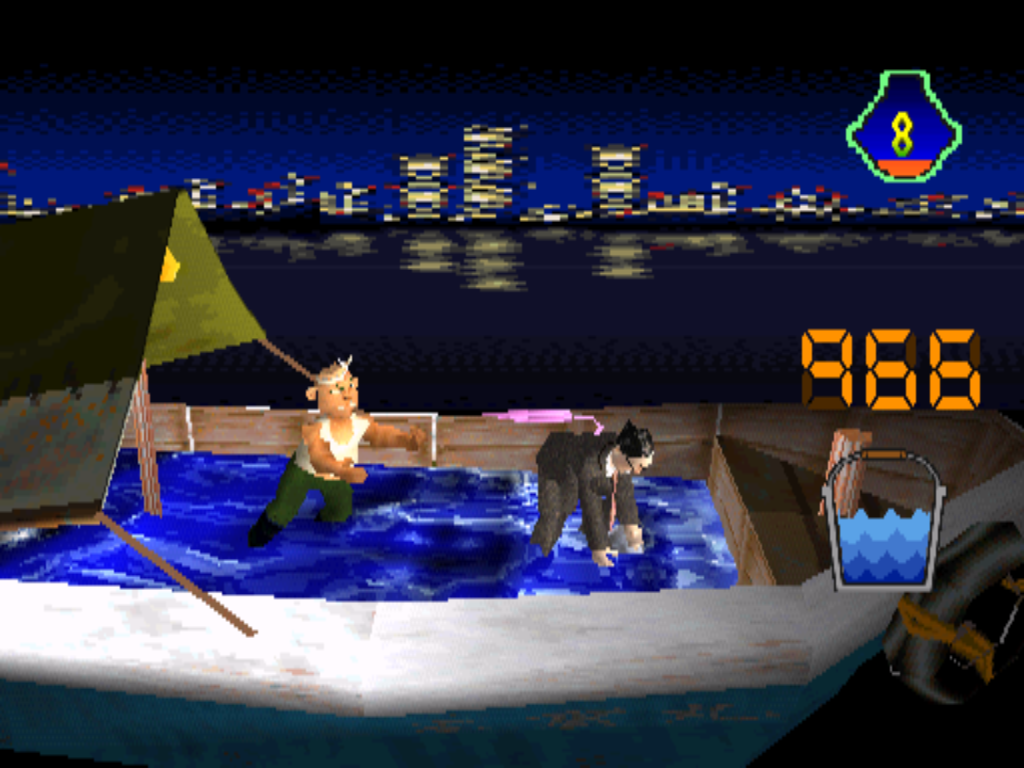 The only game that repeats is this one

As it is, the brief nature of the game allows you to enjoy the shenanigans the family members are involved with without getting sick of them. It is simply the perfect length to sustain its wackiness and sense of fun.

Still, that experience is simply too short and therefore would have been difficult to recommend people ever pay full price for it when it's first released.  The game seems to think that unlocking all the mini-games when you complete the game is ample reward, but these games honestly are not very interesting or fun when divorced from the story or setting.

To sell its wacky premise, characters, and story, Incredible Crisis needed to be absolutely on-point with its graphical and sound presentation, and it passes with exploding colors.

The game is a mixture of CGI scenes bleeding into in-engine graphics that are honestly quite close in quality, with just some brief graininess with the CGI scenes. It's not cutting-edge stuff, even for the PS1 graphics, but the limited size of the game allowed the team to cram as much animation and visual details as they could. 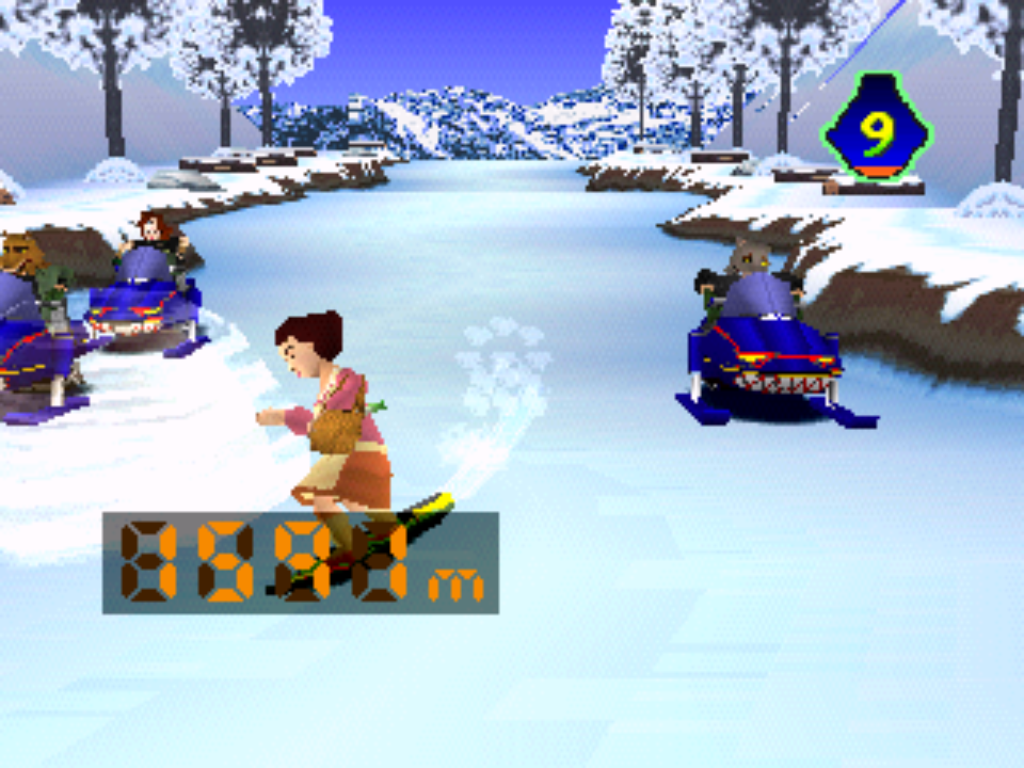 It looks better in motion by the way

As such, the characters move, dance, scream and shout in both expressive and exaggerated ways that absolutely sell the slapstick shown here. That, coupled with the family's comic and suitable design, more than looks perfect for the game.

If you are trying to imagine a soundtrack based on what you have read so far, I bet you would struggle at identifying how it should sound. In hindsight, nothing would have worked as well as what the Tokyo Ska Paradise Orchestra did for the game.

The Orchestra's Ska soundtrack is highly energetic, funny, and fits the chaotic and incredible events that Taneo and his family face throughout the game. Nothing else could capture the frantic energy of someone trying to empty water from a boat or the comic energy of a morning dance exercise.

Now I am a fan of Ska music.

Incredible Crisis is a game that defies categorization. It is simply in a class of wacky Japanese games that work solely based on their wacky premise, which takes precedence over any gameplay quality, length, or supposed replayability factors.

This wackiness is fully supported by some excellent graphical and sound presentation, which helps give an otherwise forgettable set of mini-games a sense of frantic fun and urgency.

All of this makes Incredible Crisis a truly unforgettable experience. 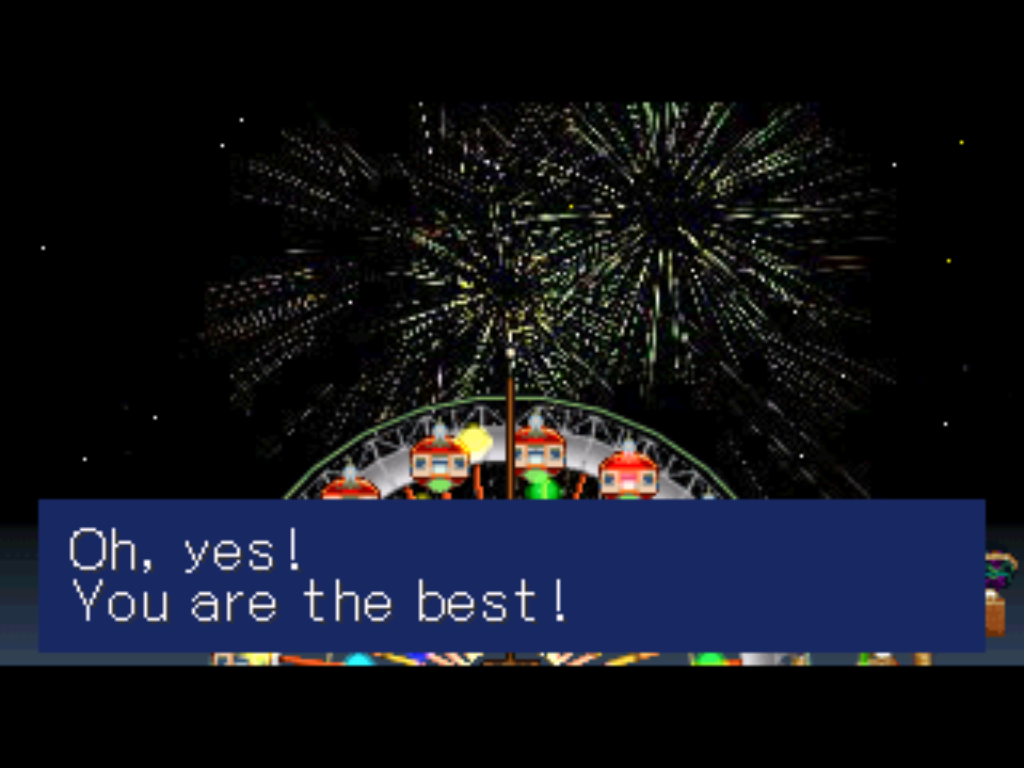 1-Do not bother with acing the game, just have fun and try not to lose.
2-Button mashing can only get you so far. Also, pay attention to avoid obstacles in the mini-games that have them. 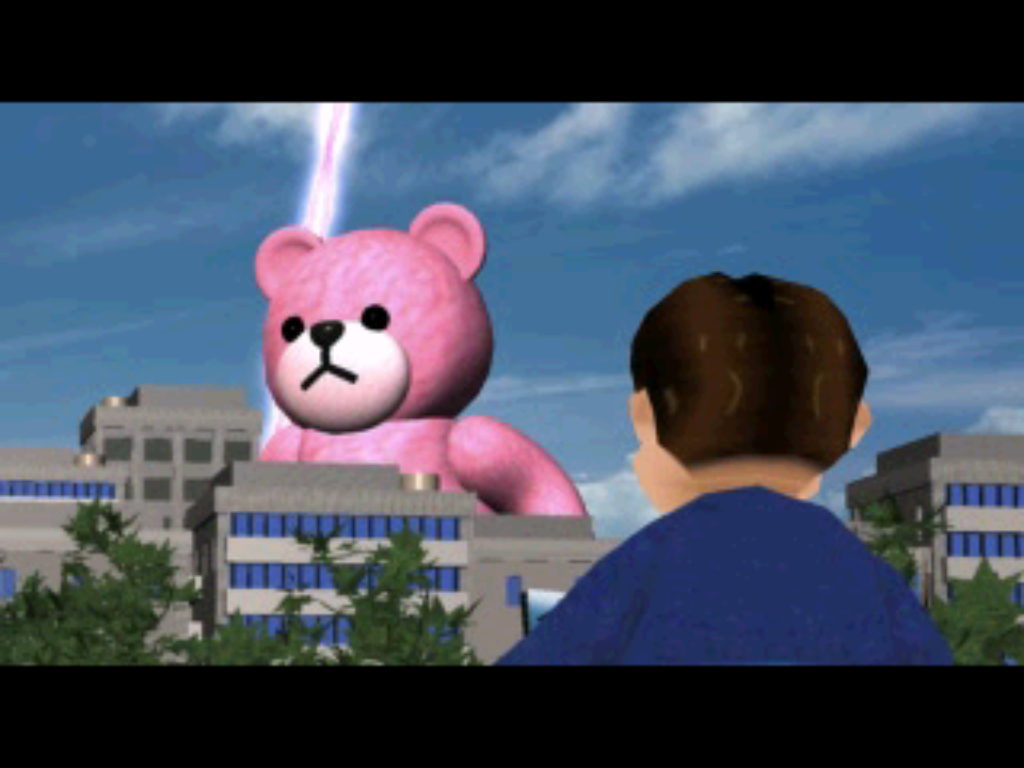 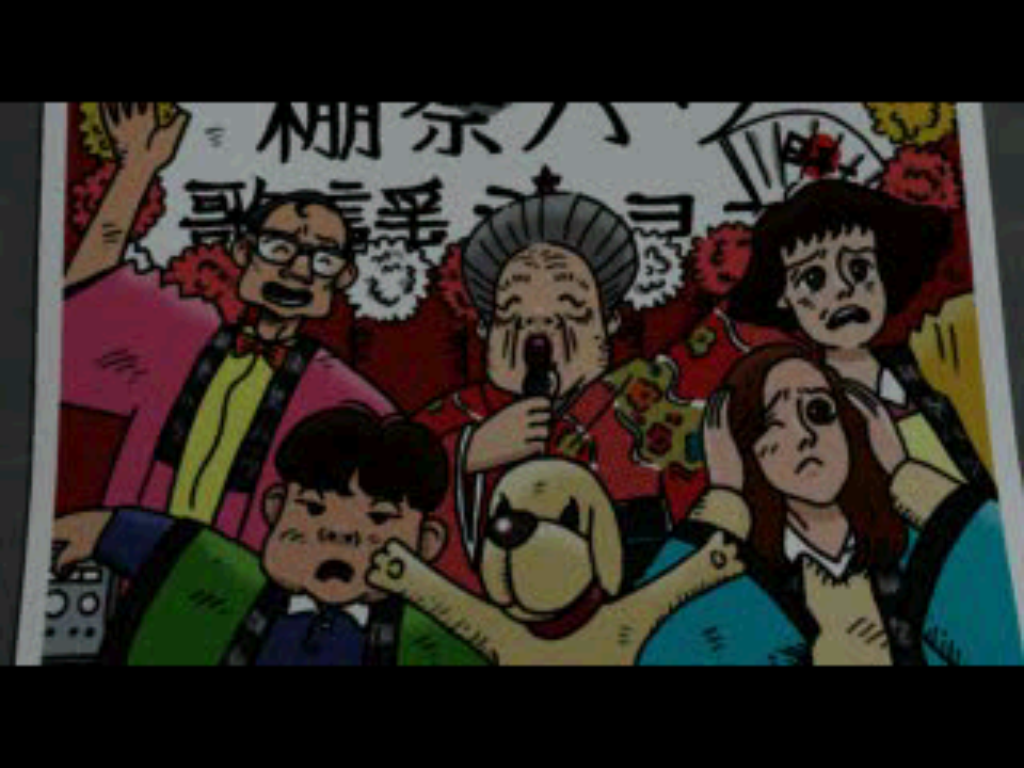 I really enjoyed my time with this crazy family

I am glad I finally finished this game after so many years. I played it back when it was first released but could never finish it because the TV was in the main living room in my grandfather's house, and I simply could never go past the Back Massage mini-game with the sound on (the lady's moans are seriously almost pornographic in nature). Now, I finished the game and really enjoyed it.

The next game in my playlist is a cult strategy hit, Brigandine, which is supposedly as satisfying as it is complex. In fact, if I like it, I will end up buying and playing its sequel which was released 22 years later last year.