No More Heroes, Kill The Past, and Save The Life

NMH3 is out in less than 24h, and I am anxious, Let's talk about the world's punkiest game developer, Grasshopper Manufacture.

This is a GHM Retrospective, it may contain some spoilers about the games leading up to NMH3

This might as well be only for me too, this is a big dump of information im not sure anybody has time to read.

Grasshopper has a diverse catalogue of games, from action hack and slash games, adventure, visual novels and shooters, they usually don't stick to any specific series, No More Heroes is the very ironic exception, yet most of their games keep some level of cohesiveness, the mold breaking punkness of their studio head, Suda51

I've played quite a few of their games, not all, beat some and played around with others a bit, instead of going in order of release, I'll share my own journey with you, sharing my thoughts about the most important games. 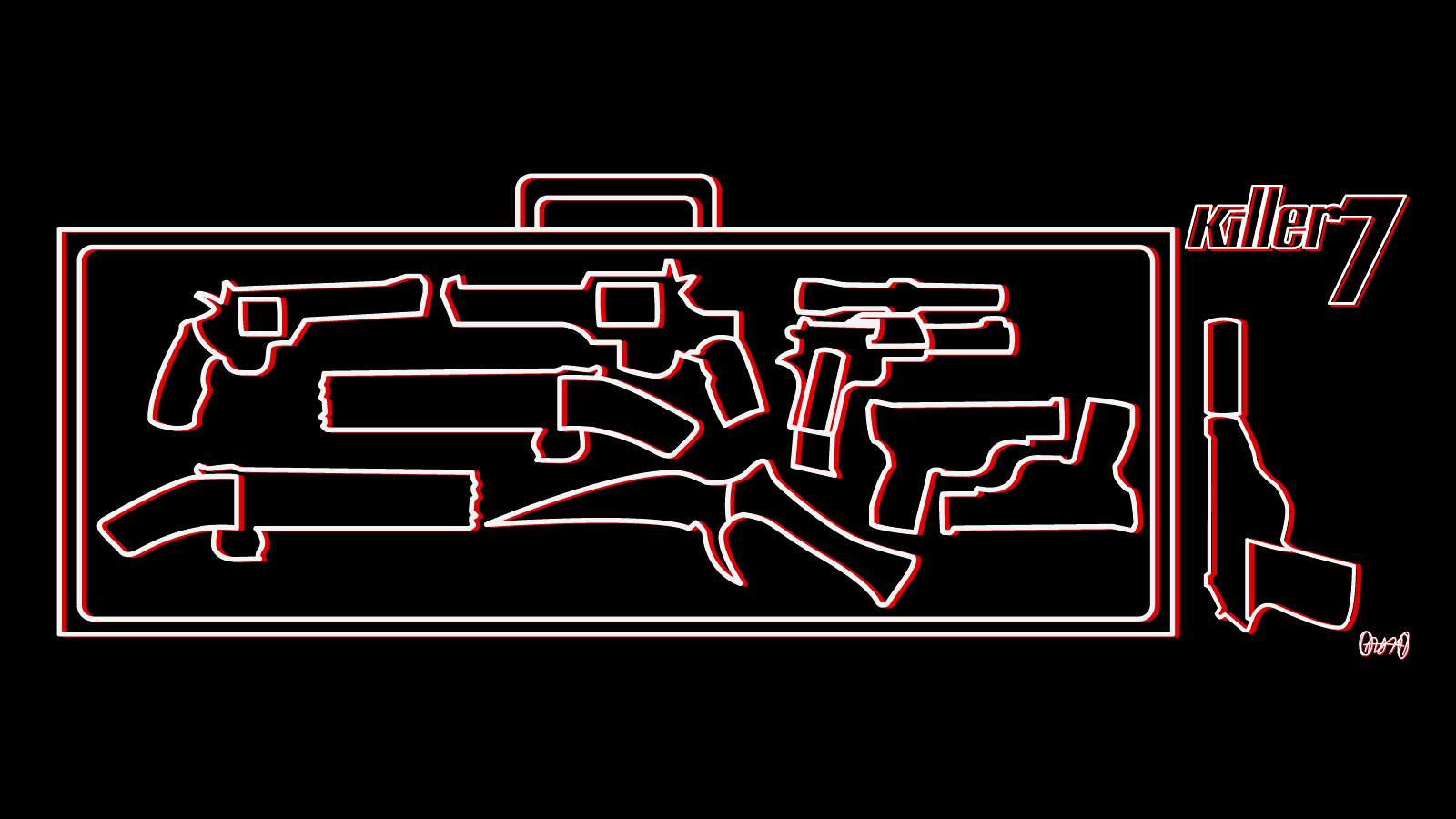 I came upon Killer7 when i started looking for games to play on my wii, well after the 2010s, I eventually got a physical copy of the GC version and bought the recent remaster on Steam, yet haven't been able to properly play thru it again, it's an experience i'll probably wont repeat in quite some years, yet its easily my favorite game.

What drew me in was its strangeness, I like enjoy strange stuff, its fun to wonder about the mysteries fiction can present us, even if outlandish and over the top, I didn't get into evangelion because of the cool mechs, but because of the freakish angels, I needed to know more about the giant orange eye that falls from the sky and the floating crystalline blue octahedron, and likewise, I needed to know what was Killer7's deal

Killer7 ended up being a mix between adventure, survival horror, RPG and first person shooter, Suda51 as a director is a wild force, one that had to be kept in check by shinji mikami and capcom so that the game could properly see the light of day, and in the end, his vision, while not completely raw, was not watered down by that process, and instead was refined into the quintessential "Suda51" experience

Killer7 has complete disregard for what is standardized, the game is bleak, violent, explicit, goofy and elegant, and it takes itself seriously, it draws you in into its world devoid of common sense and strips down the genres to its bare requirements, this is as Punk as you can get with a videogame before indie games took over the world.

To explain the gameplay of killer7 is meaningless, this is not a review, but I'd like to summarize some key aspects of the title to describe part of my experience:

To finish this segment, Killer 7 is about destroying the status quo. 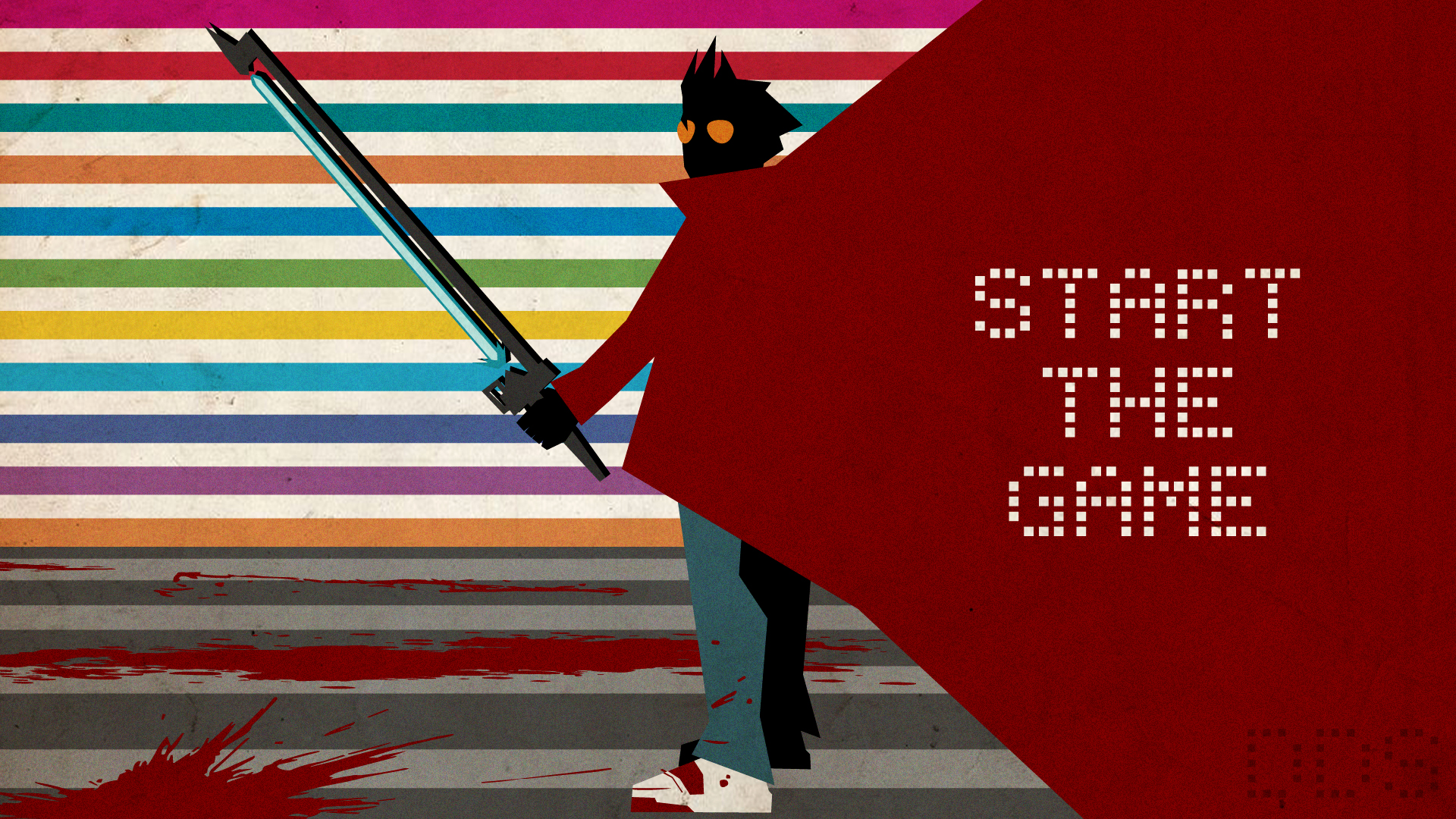 No more heroes is a way more digestible title for most people, it has an approachable jackass vibe about an imbecile going on a murder adventure

NMH1 is a fun romp, but its less of a masterfully executed experience, its not a "bad game", but its not "great", yet at the same time, it feels like its the point too, in a very deliberate way.

Travis is at his wildest and most energetic in this title, its both an extremely fun character, and a jab at the game's demographic.

While the bosses all teach something to travis, the common enemies are mere fodder for your sword, the overworld is lifeless and lonely, and the oddjobs you have to do are annoying, yet this all pays into the Punk theme of these games, you have to suffer it, if you wanna be number 1.

Basically, No More Heroes is about fulfilling your dreams.

NMH2 is a far more solid experience, with better combat, more katanas and bosses, but NMH2 is a different beast, while better, it takes the easy exit, the dull overworld is gone, not improved, the oddjobs are now fun minigames, and most of the fights are less iconic, Travis has less growth, for he is dreamless now

No More Heroes 2 is about what it means to fulfill your dreams.

10 years happen between the games, and while Travis keeps true to himself, he's a changed man, he's no longer a young adult, he is a man, he understands more about the world.

THE SILVER CASE / THE 25TH WARD

The silver case is murder mystery visual novel, it is very hard to describe, trying to explain how the protagonist is supposed to be is on itself a challenge, this is raw Suda51, and its great, and very confusing.

many motifs in GHM games started here, in their very first title, the overabundance of violence, the extremely stylish visuals, the tone of the writing, I'm left without many world to tell about TSC, i could chat with you about it, if you were to have questions, but I can't tell you what it is about, Im left not without paragraphs of thoughts about it, only the raw emotions I felt (and the confusion), I would need to replay it eventually (I haven't played one of the scenarios, Placebo, yet, which is way more grounded, Transmitter, the "main" one, is a wild trip). 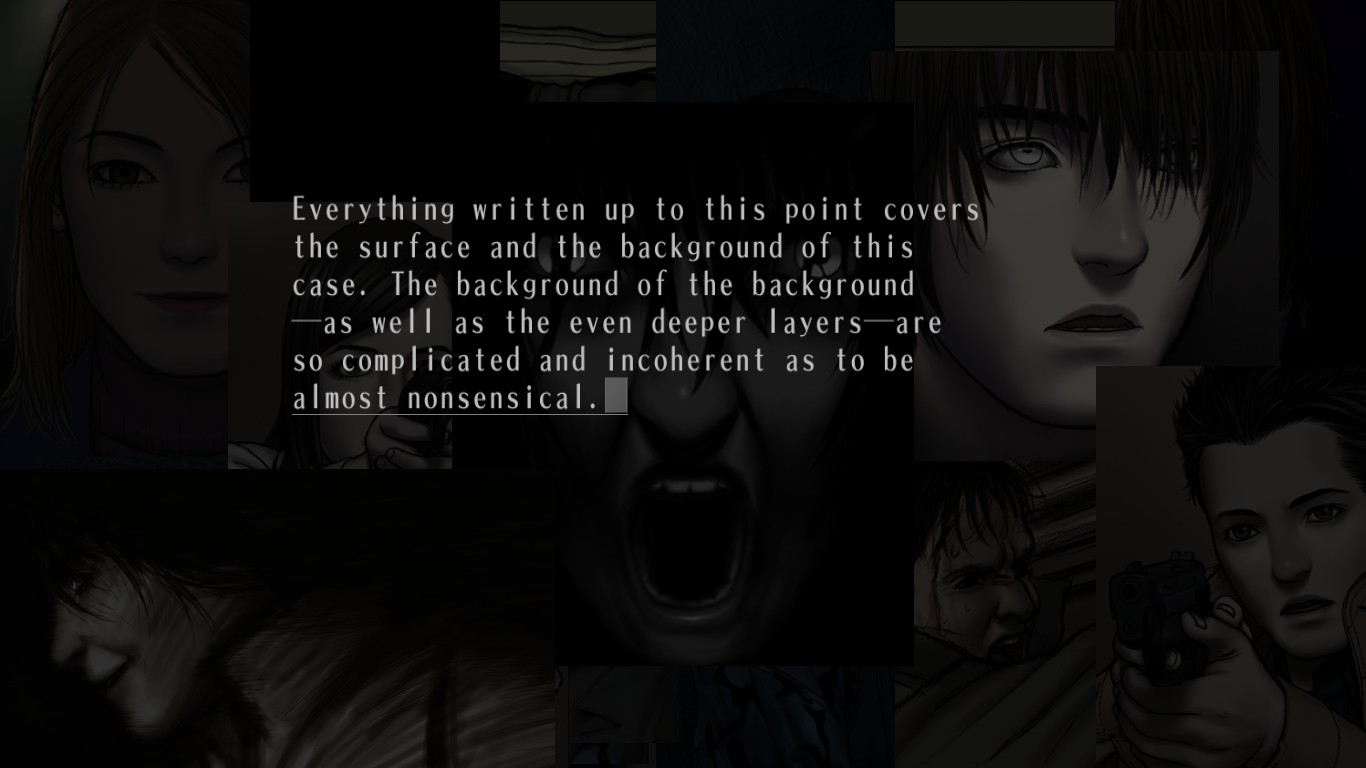 This is how the 25th ward starts.

The 25th ward, on the other hand, is more approachable, but only slightly, the storylines are both less dense, and more dense, the gameplay is streamlined from maps on a grid to rails, but the puzzles are extremely obtuse, and the characters are a very fun bunch, especially in the Matchmaker scenario, the game a prototype of a city that's controlled by multiple factions, it's also very complicated and extremely unhinged.

All these games have politics, very real politics, between many layers of nonsense and otherworldliness, there are very real messages about the state of the world, about what violence and power does to us, and even criticism about law enforcement.

These two games get my utmost recommendation if you enjoy reading, I just cant conjure the words to tell you why properly.

KILLER IS DEAD (and other ventures)

Kinda quickly lumping all these together, Ive played killer is dead, and as of 2 days ago, Shadows of the Damned, i've also seen plenty of gameplay and story of Lollipop chainsaw.

These are kinda seen as lesser titles. less mold breaking, and not directed by Suda, but these are all Grasshopper games, all have insane art direction and music, writing than is a trip, and fun if repetitive gameplay, they all share the same DNA

And also shadows of the damned is straight up hilarious, Johnson is the best sidekick ever.

Let it die is also very fun, wish it wasnt free to play, it's honestly a pain to progress, the tower of barbs is truly a thorny road, never got far into it, it's a real investment (be it time, or monnneeeyy)

There is also Flower Sun and Rain, way older than any of these, from 2001, i haven't played the game fully, and it is quite a vibe too, but i haven't got the time for it yet and it looks extremely dense from a gameplay perspective, this one deserves a whole segment too but i just haven't gotten around it. (but I know plenty of the story for context, and listen to the soundtrack a lot, its just sublime) 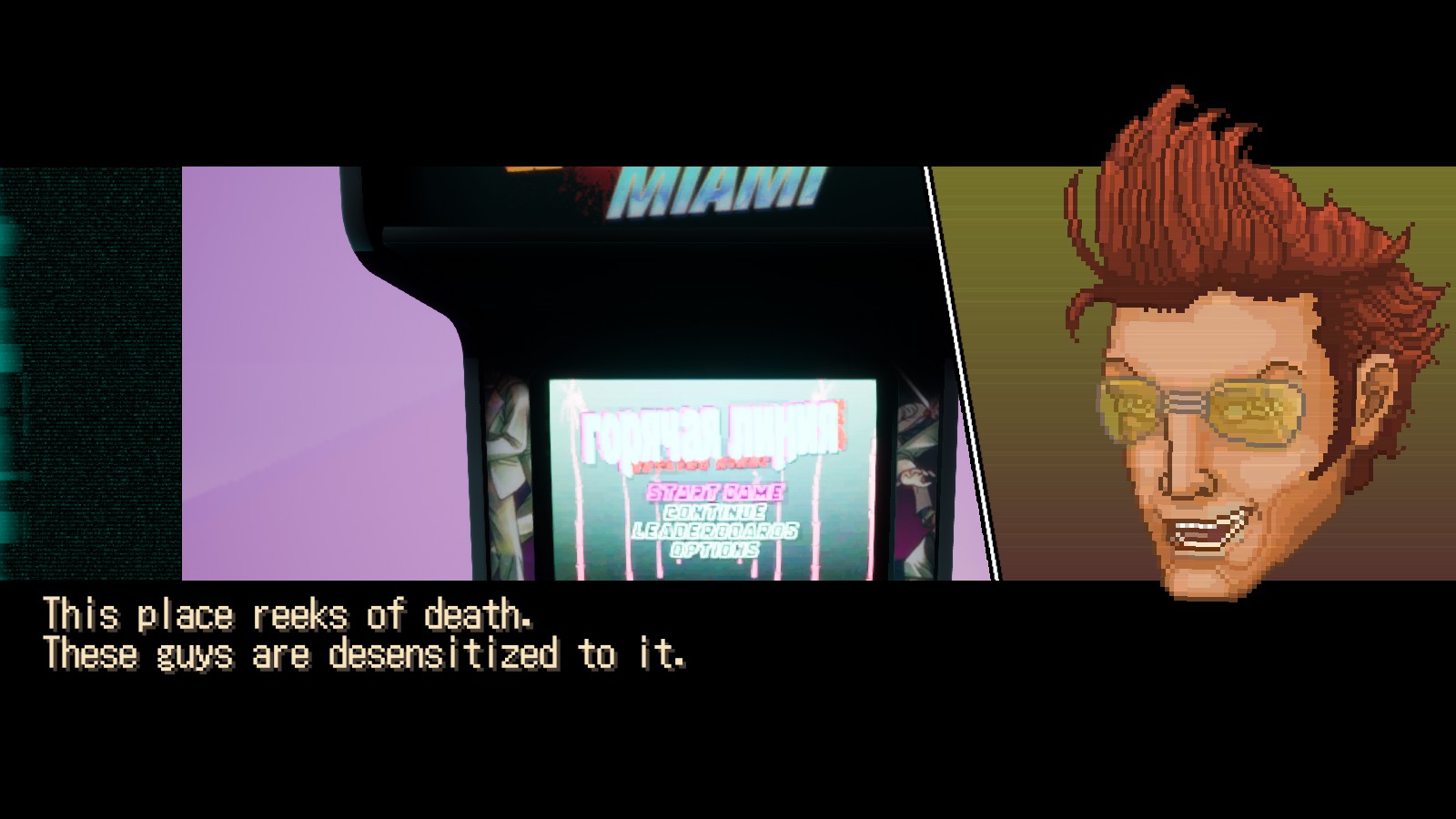 And here it is, last stop before NMH3, You have no idea how much I love this game, the gameplay is fine, very repetitive, mostly inoffensive however, but the art and music are next level, the DLC alone houses so many great tracks and visuals, its amazing.

But what made me fall in love with it are 2 things, TSA has 2 main points:

Travis Strikes Again is about celebrating Grasshopper Manufacture, and all indie games, because they carry the Punk torch.

The love Suda has for his legacy is beautiful, this game basically presented us with a (possible shoehorned) Sudaverse, it's amazingly fun, and the low scope level design evokes indie games, it is about the trials of game development, about the passion of making games, and it celebrates tons of indie titles with the shirts travis wears, he loves videogames too.

And it's about Travis Touchdown. 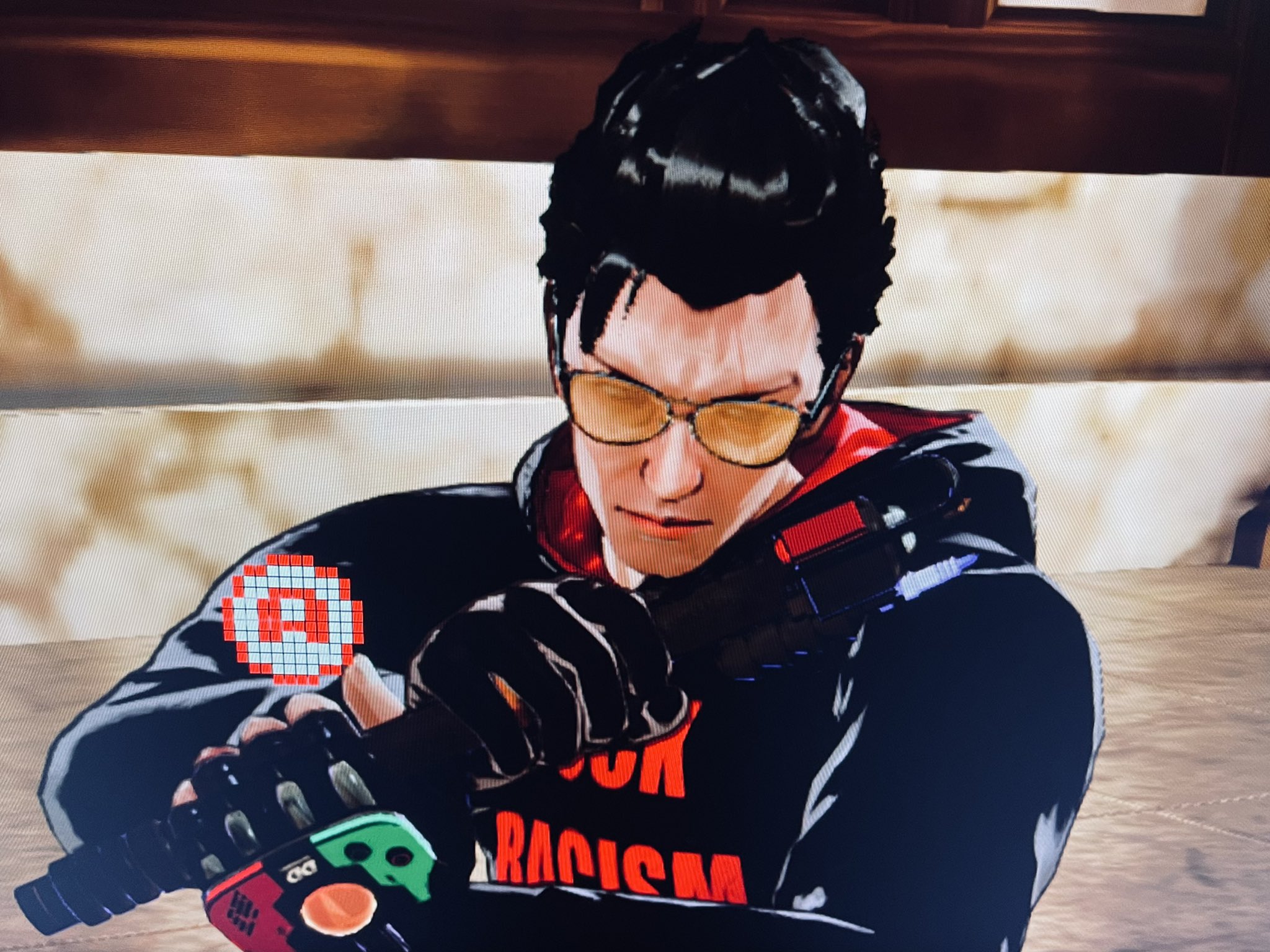 Travis has grown up so much, he's younger than what I am right now in NHM1, and now he's 36 (40 in 3!), it gets me very emotional, he's so unabashedly himself still, but you can really feel the difference, he is...better now, he has gotten so much better, it might be my favorite example of *character development*, and it has taken many many years to get here.

I can not wait to see what fate holds for him on NMH3, most likely his final game. 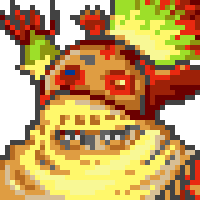