Clan Pink Rides Again? Going back to WWII in CoD.

Many, many years ago I got my first taste of online Call of Duty with CoD: World at War. I had played Modern Warfare previous to this on Xbox 360, but only the single player stuff because I didn't have Xbox Live. Fast forward a little while later when I then owned a PS3 after my second original model 360 kicked the bucket and I played World at War's zombie mode with my brother. We had a blast. I had never played anything like that, and this was before the mode really blew up yet into the mainstream. Back then it was a one-off added fun mode that was only unlocked originally after beating the campaign. I enjoyed it so much in fact that I felt compelled to buy my own copy of the game.

And so I did. And since online used to be free on Playstation back then I figured why not also try out the online multiplayer mode I had been hearing so much about online and from my friends from Modern Warfare? I fell in love immediately. More so when a couple of my friends also got the game and we started to make a nightly ritual out of playing the game together online. We were having a blast and getting better by the day. Now, if you don't know Call of Duty games let you put a clan tag before your online gaming name so that you and your friends can easily recognize or be recognized as part of the same group. And back in these early days we discovered that if you put the clan tag as the name of a color, then it would change the clan tag to the name of that color while actually being that color instead of just white text. It's important to note that my friends and I were heavily into Street Fighter. It was one of my big common grounds. We all played it regularly too, before this in person and later online. But we had all been playing it since we were kids, and were all above average in skill at least.

One of our favorite things to do when playing new people was to see if we could beat them with Dan Hibiki, the pink gi wearing joke character. And if you got beat by Dan that it was something that never left you in our circle. You got "Danned", and you would never live that down when it came to Street Fighter time. It was a regular friendly shit talking gag for us. "You can't beat me, you got fucking DANNED by Jay last week!" So we decided we should probably name our clan "Pink" in honor of Dan Hibiki and his Saikyo Style. Most all of the other colors were regularly being used anyway. But almost no one used Pink, because this was the early 2000s and Call of Duty, and Pink was the most "un-cool" color to use for a clan tag.

During one of our matches we ran into one of our first stereotypical CoD/online shooter shit talkers as we busted this guy and his friends up in the match. He had a lot to say about it in the post-game lobby. So my good buddy Jay decided that was as good a time as any to start trolling with a Tourettes Guy soundboard his older brother had been working on for similar purposes of his own. Online gaming and things like Youtube stardom were still all pretty new at this time, so this poor sap thought he was arguing with Danny, AKA The Tourettes Guy. This went on for close to an hour before he and his friends finally left in frustration realizing their insults were not only having zero effect on us, but in fact only fueling the soundboarded roasting we retaliated with. We laughed pretty hard at this and it became one of our favorite inside jokes at the time. So naturally we decided to continue doing it. Trolling assholes in Call of Duty lobbies with soundboards. Eventually even using different ones besides just Tourettes guy. Even though that was always our favorite go-to still. (Though a Whitest Kids U' Know soundboard saw a lot of use too. RIP Trevor Moore.)

We had a real good time doing this and gained some notoriety on the PS3 World at War to the point of occasionally coming into a lobby and hearing things like "Aww shit, not these Pink assholes again, let's find another lobby." Which of course we took as a compliment. As a result though, World at War will still always hold the spot of not only the most fun I've ever had playing a Call of Duty game online, but also probably the most fun I ever had playing ANY game online. It will always hold a very nostalgic spot in my heart. I truly loved that game. 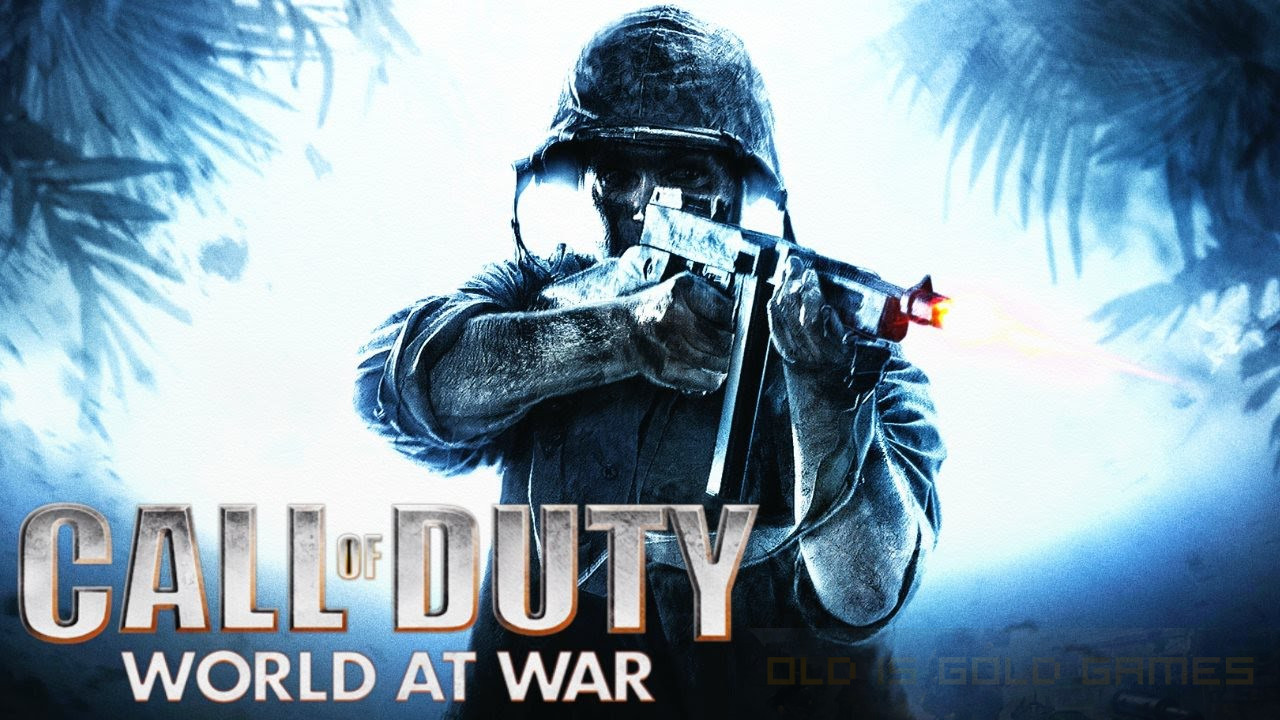 We played many more years of Call of Duty doing similar things. Up through into the next generation of consoles (the PS4/Xbox One) we had a great time tearing through lobbies as Clan Pink. The next generation saw far fewer players in the open game chat though with the ability to finally form private parties on Playstation.

Still we did our thing and generally had a good time. And this is probably why to this day I still play Call of Duty games. I have so many great memories tied to the series. But the one big thing that's missing? Clan Pink. The group fell apart, some of us no longer speak. Some of us just no longer play games online, etc. However, the originator of the clan and the soundboard man himself, my good buddy Jay is interested in coming back to play CoD: Vanguard now that he has a PS5. He was just over last night and we discussed how it's about time to bring the Pink fury back out in force. And what better game to do it than in another World War II setting?

So that's the hope anyway. It's been a long time, but even just the thought of it feels real good. Getting back out there with my buddy and giving the trolls hell. I've grown tired of braving the wilds of CoD lobbies as a lone wolf, it's about damn time Clan Pink rides again. Will the soundboards come back out for old times sake? Who knows. But it'll just be a real good time to get back out there with my bud and play CoD together again.

Will Vanguard be good? Can't say, we hope so! Unlike most, I've enjoyed the past few CoD games pretty well. I've put in quite a lot of time into them, and continue to do so for Cold War. I never got onto the Warzone bandwagon, I just have little to not interest in the Battle Royale genre. Still enjoy multiplayer a lot though. The launch of this game though might be the perfect storm to really have a good time online with my friend again. That in itself is something worth being excited for.