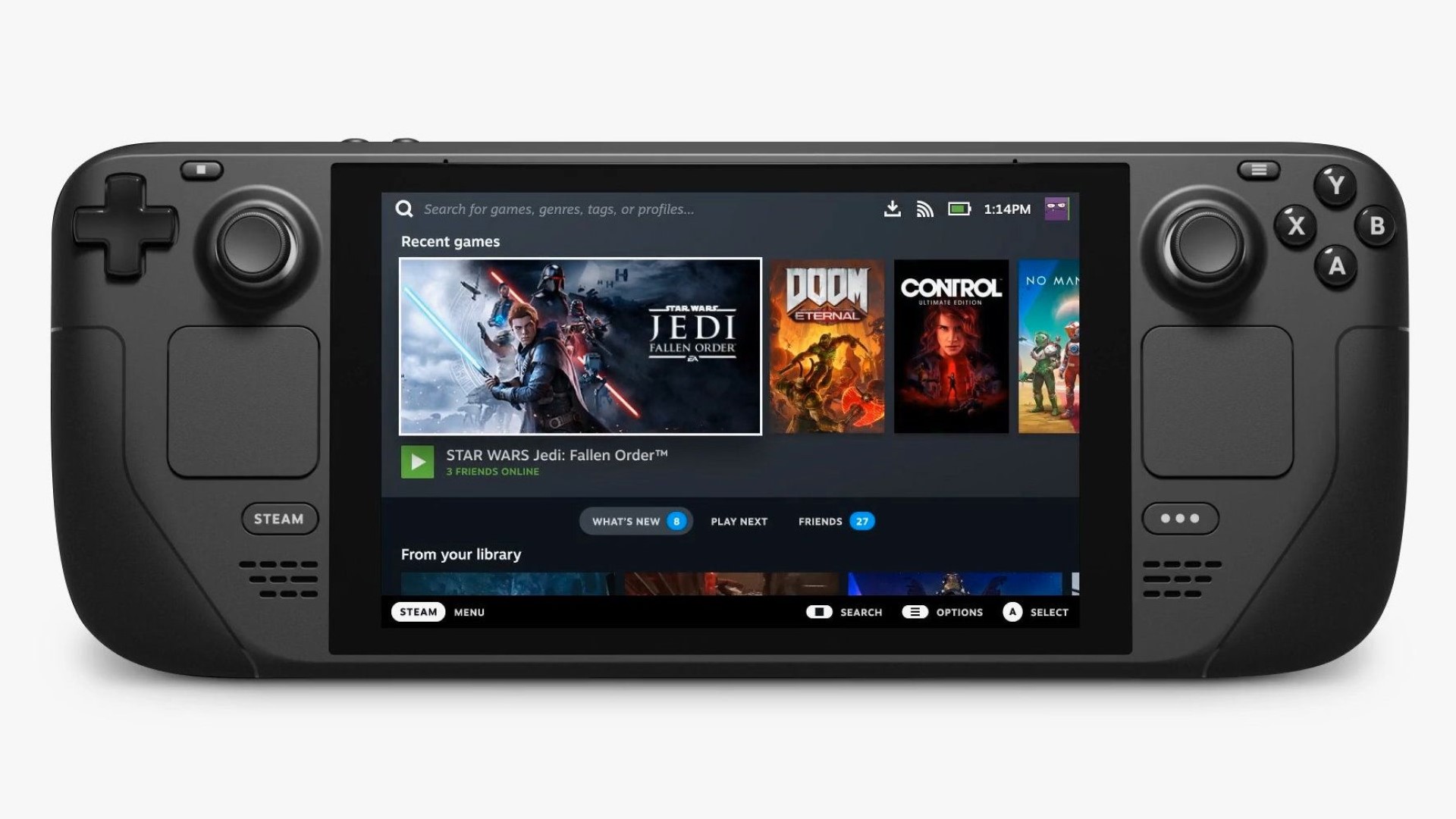 Shortly after the disappointing announcement of Nintendo’s Switch OLED model, Valve announced their foray into the handheld gaming market with the Steam Deck. Since this handheld is meant to play PC games from Steam, it already has an extensive library of games, but the system also allows Windows 10 and other stores to work on the system in place of SteamOS. The new device will have three models with varying storage capacities ranging from 64 to 256 GB and prices ranging from $399 to $649. There is no set release date, but Valve states their devices will start shipping sometime in December 2021.

TV show and movie subscription service Netflix is reportedly planning on including games in their lineup. Mike Verdu, a former Facebook executive who brought games to Oculus devices, is in charge of this new push. The plan is to include video games as part of the subscription service by next year, and these games will be smaller experiences based on Netflix IP, so don’t expect a Game Pass competitor out of all this.

Key Master, an arcade game in which the player must navigate a key to fit into a small hole to win a prize, is being sued for being rigged. Marcelo Muto is filing a 5 million dollar lawsuit in California court against the game as the lawsuit claims the machines are won by chance rather than skill.

Key Master is marketed as a game of skill, but the lawsuit claims the game will purposefully overshoot the key hole and only allow wins after hitting a certain amount of losses. Lawyers have said that the chance-based nature of the game is stated in the manual however, and the default setting for these machines is around 700 losses before a victory, though that number can be tampered with by the operator.

This isn’t the first time the game has been sued, as previous lawsuits of the game date back to 2013. Also, Sega has renamed their machine to Prize Locker and their machine states it’s based on “100% skill,” though Key Masters is still in circulation.

War Thunder, a free-to-play war game, hosts a wide range of military vehicles including tanks, and the game tries to stick to accuracy with their war machines. One player, who claims to be a tank commander and former British Army Armored Trials and Development Unit member, claims otherwise for the Challenger 2, a British tank. To prove his point, he used the tank’s Equipment Support Publication to show inaccuracies with the game’s version of the tank. Gaijin Entertainment, developers of the game, have been back-and-forth with the UK Ministry of Defense in regards to the situation, and they confirmed that the publication is a classified document despite “Unclassified” stamped on the documents, which is deemed punishable by up-to 14 years of prison if prosecuted under the Official Secrets Act.

At this time, the person who posted this is unknown, though the person’s account is still active and considered in good standing. As for the changes to the tank, the classified nature of the documents means it cannot be considered “valid source material” and therefore cannot be used to change the tank in-game. It is unknown at this time whether the leak was done purposefully or if the user simply didn’t know those documents are still classified.

The Judgment spinoff series may be coming to an end based on a dispute between Sega and Johnny & Associates, an acting agency who employs Takuya Kimura, the actor who plays the main character in the series. Sega has recently been porting and releasing more games to the PC and are planning on bringing both Judgment and Lost Judgment to the PC, but the acting agency doesn’t want their actors on"a PC platform that is not a game console platform and connects directly to the internet" according to a report from Nikkan Taisu. If neither company reaches an agreement to this dispute, then this may end the series dead in its tracks.

The Secret Service of Ukraine (A.K.A. SBU) has raided a cryptofarm in a warehouse next to the Vinnytsiaoblenergo energy distribution company. Electricity from the nation’s power grid was allegedly being stolen by this farm, which is what led to the raid. Among the 5,000 gaming-related devices, 3,800 were consoles, many or all of which were PS4 Pros. Vinnytsiaoblenergo denies involvement as well as didn’t find evidence of electricity theft, and the culprits behind the farm have yet to be identified.

Nintendo’s latest exclusive release is a remaster of a Wii-era Zelda title about saving the girl yet again. I know that the Zelda titles during the Wii are considered a bit mixed compared to the rest of the series, but even a mediocre Zelda title is considered great compared to other games in general, so I’m down to check it out. There are many Nintendo games I haven’t yet played, so a re-release on the Switch is something I’m usually interested in. The Legend of Zelda: Skyward Sword HD released on 16th for the Switch.

I’m finally starting to chip away at my writing backlog, starting with my review of Hades. For me, a 5/5 game is one that is not only fantastic in many ways, but also has an extra oomph to push it over the edge. Not only is Hades fantastic with with its storytelling, combat, characters, and upgrades; it also manages to stay engaging and fresh for hours on-end, which is something I can’t say for most singleplayer games. Hades is my favorite rogue-lite to-date, and I ended up giving the game a 5/5.

I’m about smack dab in the middle of my Yakuza ranking, and I recently started playing Yakuza 4 on the PS4. At this point, I am starting to doubt this ranking because I spaced out these games too much and their minute changes makes it hard for me to remember why I like one game over the other, but I digress. I’m not far into Yakuza 4, but so far I have no major complaints. I like the new protagonist (so far I’ve only played as Akiyama) as it gives a bit more narrative freedom and is a nice change of pace, but a lot of this game feels very similar to Yakuza 3. I still love this series so I’m still having a blast either way, and I’m interested where this game will land for me.