Traveller In Playtime - No One Lives Forever 2: A Spy in H.A.R.M.'s Way

No One Lives Forever 2: A Spy in H.A.R.M.'s Way is a first-person shooter developed by Monolith Productions and published by Sierra Entertainment in 2002 for PC, with a port for OSX being published by MacPlay in 2003. With H.A.R.M still on the loose, Agent Cate Archer of U.N.I.T.Y is back on their trail, this time trying to uncover a collaborative plot with the Soviet Union called Project Omega. Naturally, this makes for another globetrotting spy adventure where Archer has to beat the odds and shoot a ton of underpaid goons. 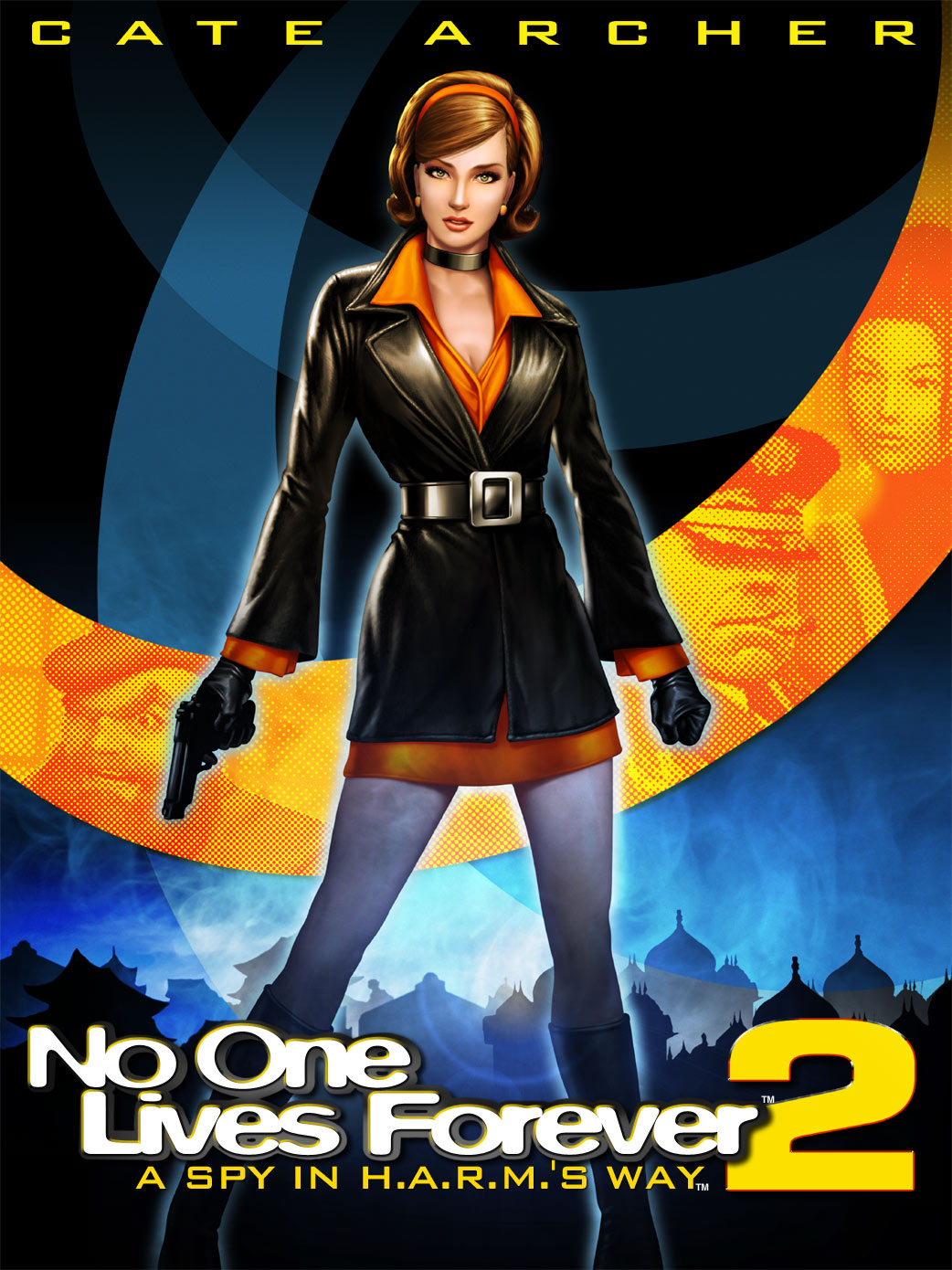 Second Verse, Lesser Than The First

The story of NOLF 2 is very much what I expected the first game's to be. The story is weaker in so far as it's neither as elaborate nor as engrossing as its predecessor. It's mostly just a goofy spy plot with a slightly larger scope (featuring more scenes outside of Archer's perspective) with an excellent upgrade to the presentation with the same if not a better sense of humor. The collectible documents alone are a major upgrade in hilarious writing.

So while it doesn't commit to the theme of father/daughter relationships (that's sort of there if you squint) in order to develop Archer, it still feels like a valid (if safe) continuation of the setting. With Archer having proved herself and H.A.R.M having hatched another plot, it's natural that she'd just treat it as another day on the job and be cool doing her thing.

Justabout every character and plot thread left from the first game gets brought back or adressed in a smart way and everything new aside from Archer's new rival (who is mostly just there as a boss when she could have served as another twisted reflection of Archer) is a strong addition. I mean, who can say no to a clan of evil mime assassins who want pantomime recognized as an olympic sport? 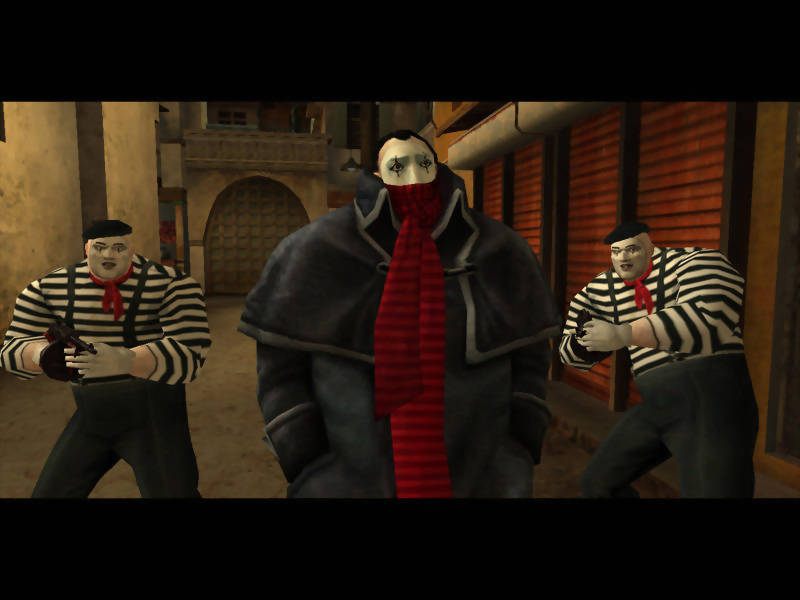 I was met with an incredibly pleasant surprise when I found out that not only had the lethality been turned down a notch and the damage permanence been removed (healing items can now be found mid-mission) for this game, but that it also shifted its focus to be more of a newcomer immersive sim game, with Deus Ex being an evident inspiration.

So instead of simply shooting your way out of every situation and only using gadgets and stealth when strictly required, here there is a little bit more focus on taking in the environment and planning your approach. I say a little bit, because defaulting to whatever gun you have the most ammo for is still the reigning strategy in most situations, as there are some gadgets that are way too situational for how strong you are. Still, I have to applaud the effort of more diverse non-lethal weapons and a few more enemy types, something the original very much lacked. 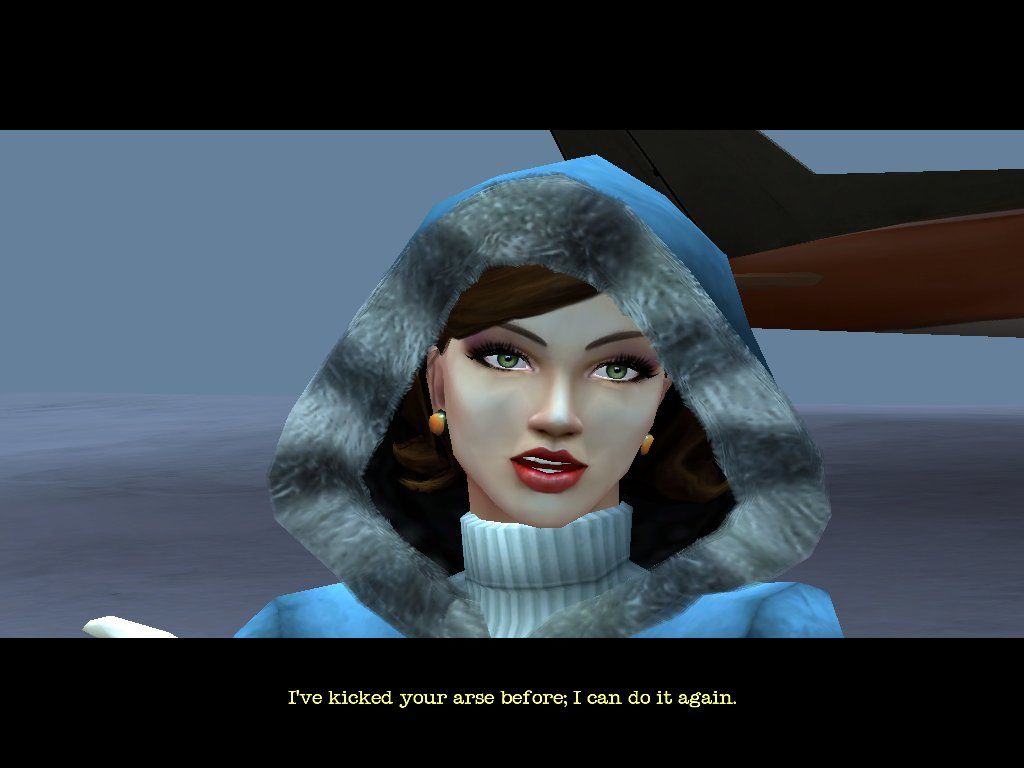 But the Deus Ex comparisons don't end there, as there is also a proper skill system which lets you upgrade various skills by spending skill points earned by completing main and secondary objectives or collecting intel. And unlike Deus Ex, NOLF 2 isn't super long and as such can afford to dole out skill points at a steady pace. So if you know what you want, you can very quickly become proficient in something and not feel as incompetent as you would for the first third of Deus Ex. Just the first upgrade to markmanship changes the crosshair degradation through movement from annoying to managable.

Sadly, the depth isn't really there to match the potential of the systems, which is why I'd recommend this as a beginner immersive sim and still classify it as an FPS overall. The levels may be less linear and there are some optional objectives, but there really isn't multiple approaches to problems beyond shooting them, shooting them quietly or laying traps. It's still enjoyable, but you can tell that there is more work to be done with the gameplay formula. 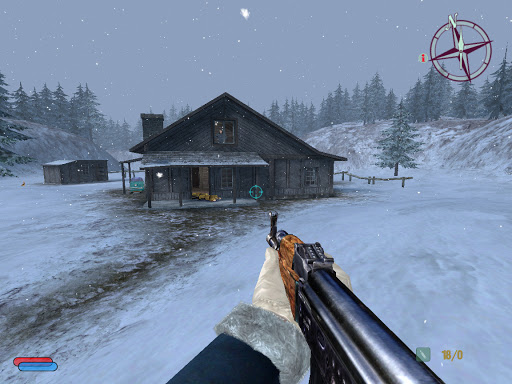 And I would have enjoyed the game even more if it wasn't so unstable on my (arguably) modern PC, even with a fanpatch. Crashes and graphical bugs were plentiful in my experience, which I can't fault the game for, since it presumably worked properly in the past. But it did expose some faults with the encounter design, as it got me to run and gun more often to blaze past the most unstable areas. Turns out that the game kinda falls apart when played like that, as enemies just pile on from nowhere when alarms are raised. It started funny, but then just got annoying.

Thankfully, I'm still left with a good impression, as the game is funny, stylish and pretty fun to play as long as you're mindful of its limitations.