Traveller In Playtime – The Operative: No One Lives Forever

The Operative: No One Lives Forever is a first-person shooter developed by Monolith Productions and published by Fox Interactive in 2000 on PC, with ports for Mac OS and PS2 being released in 2002 published by MacPlay and Sierra Entertainment respectively. The game is a love letter to classic spy fiction and stars Cate Archer as the first female field agent of the English spy agency UNITY.

Due to a series of murders targeting other agents, Archer is sent out to Morocco to investigate a trail leading to the Russian assassin Dmitrij Volkov who is heading up the terrorist organization H.A.R.M. What follows is a globetrotting adventure where Archer has to prove her worth as an agent and stop H.A.R.M's ridiculous plot. 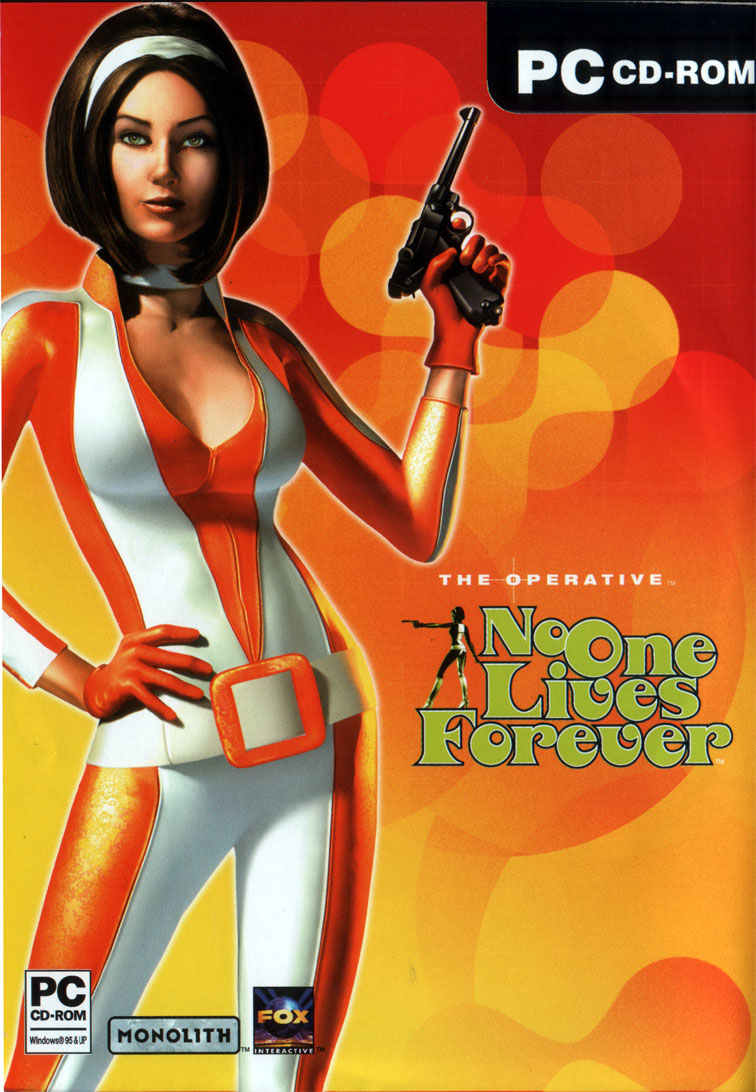 Going into this game, I was expecting little beyond an affectionate parody of the spy genre not unlike Austin Powers. And while the game is goofy as all hell in many parts (it features an exchange between two characters that's so childish I could only stare and laugh helplessly at the ludicrous display) and features its own silly Bond opening sequence, it still manages to present a really well-crafted narrative with a fair amount of strong moments and twists.

It all starts with our heroine, Archer, who is frustrated over not having had her chance to prove herself as a field agent for UNITY during her 4 years in the organization. Her newbie status neatly aligns her interests with the player's, as you're motivated the whole game to shove success in the face of upper management by playing well and beating the game. There is a fair amount of sexism thrown in her face, but the "female empowerment" angle isn't as preachy as one would think.

If anything, it's more of a generational struggle, as Archer isn't portrayed as the only ounce of sanity in a sea of dumb men (though there are a fair few of those present). She's quick-witted, intelligent and so sick of having people underestimate her prowess. If you've ever had run-ins with stubborn old people who don't care to know about the shit you've dealt with to do the work they asked of you, you're bound to like this narrative.

It's a fun spy story (with an appropriately laid-back and bubbly soundtrack), full of incredibly stereotypical characters (a German doctor, an American spy with the face of Superman, a drunken Scotsman) with accompanying outrageous accents that somehow manage to straddle the line between being endearing and being lazy stereotypes. Even the goons get good characterization as you can sneak up on them having deep (and goofy) conversations about politics, history, philosophy and how it relates to super-villainry. Of course, they're only like that about a third of the time, with them being dumber than bricks during most cutscenes, which I think adds to their charm. 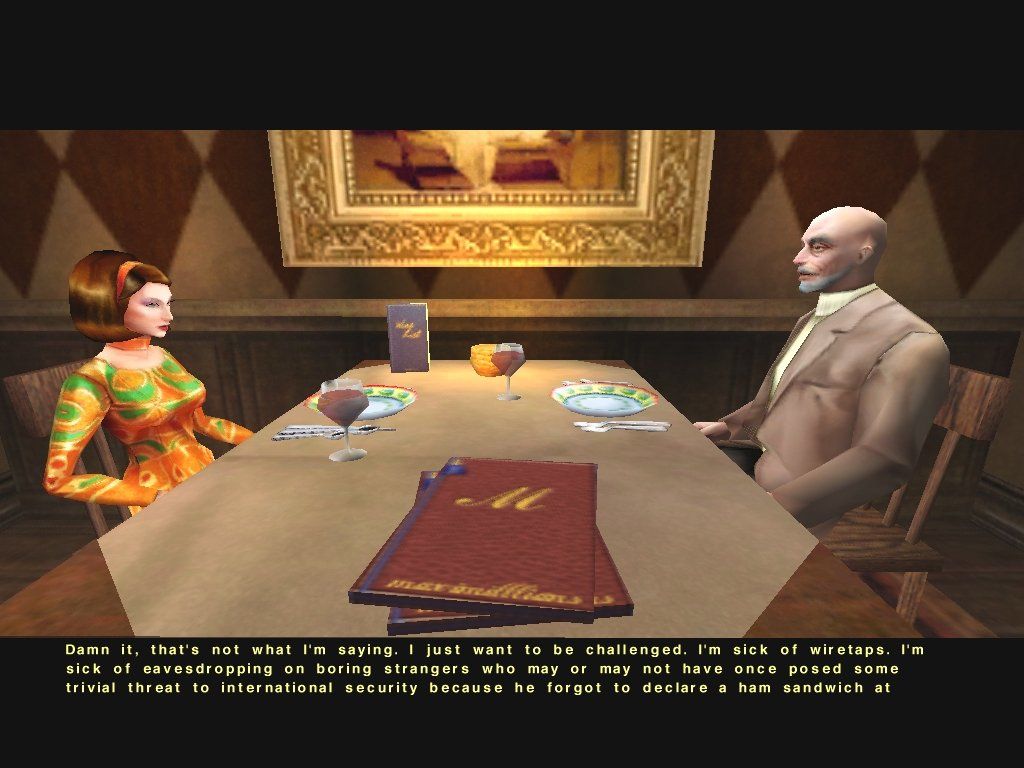 The only character I don't like is Inge Wagner, who is this self-delusional opera singer dressed like a German barmaid. She's the least fun and her role in the story is the only weakness in the narrative, as she just shows up for a boss fight (featuring some very inexplicable mechanics) in the second half of the game with no cutscene before or after. This tells me that they had no way to tie her into the rest of the story and just had her killed off with no fanfare in the middle of a mission. It's extra noticeable, as the game has a very impressive amount of cutscenes, all of which are voiced well. So there being two missing to contextualize the final appearance of one of the villains is very weird.

Thankfully, that's not the note the game ends on, as it builds to one of the greatest manifestations of synergy between story and gameplay I've ever seen, which I suspect is the reason why H.A.R.M's plot is so goofy. It allows for Archer and the game's major villain to embody their contrasting viewpoints born from similar circumstances (and the game's theme of actions mattering more than origins) within gameplay. The villain violently lashes out in frustration in order to take pointless revenge, while Archer abstains from having her mind clouded by revenge and instead focuses on protecting the innocent. It's really solid stuff.

I was frankly floored by this development, since I really didn't think the narrative would be this good. It's amazing how well thought-out the game's plot is and how well it works with the gameplay in that mission. You just wouldn't expect something in this stupid veneer to be this clever. More games should aspire to pretend to be stupid just so they can sucker-punch you with some meaningful developments.

A Spy In Alarms' Way

The gameplay is what one would expect of the era, with a bunch of experimental parts that don't really work. Moving and shooting feels good, but it's everything around that which I don't like very much.

You begin every mission by picking a loadout of weapons, gadgets and the odd support item. But the game really isn't intricate enough for these choices to matter. Simply using whichever gun is the most commonly dropped by the local goons is all you need. There are a fair amount of guns (with special ammo types that I think only matter in multiplayer), but most feel pretty similar. The gadgets are no better, as they are either timewasters, extremely situational or just useless. There are three flavours of special perfume bottles at Archer's disposal (containing stun gas, sleeping gas and acid gas) that are all terrible, so I have no idea why they kept being introduced as the game went on. 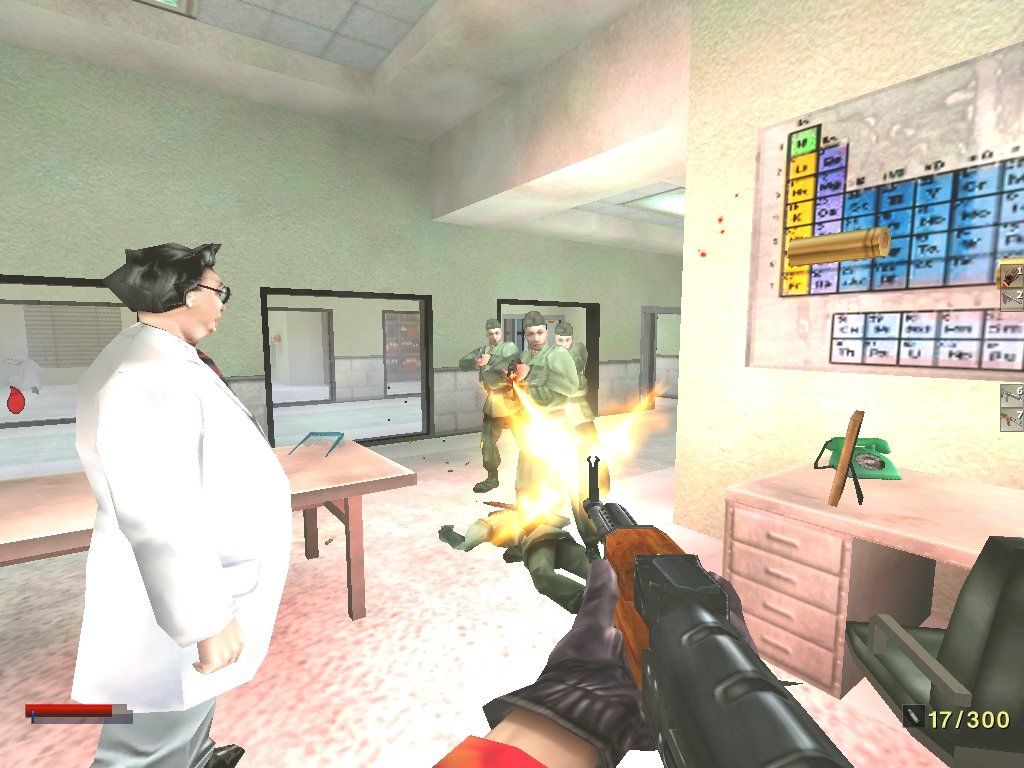 Being a spy game, stealth comes in three distinct flavours. The first type means that enemies will run towards alarms, which will then summon more goons for you to fight. This isn't that problematic, assuming you keep your armor high, since health can't be restored within missions. Of course, that goes out the window in a lategame mission where enemies carry armor-piercing laser pistols, which turns the game into an exercise in luck, quick aiming and save-scumming. And beyond that level, enemy variety isn't much to write home about, since it's almost always just the same goons in different skins using a small variety of weapons.

The second type of stealth is the one I found the most aggravating, which is where you'll experience a game over as soon as an alarm is raised. This wouldn't be so bad if goons didn't often have the smart idea of ignoring engagement with you in favour of beelining to the nearest alarm switch at impressive speeds. Add cameras on top of that and you have a few headaches ahead of you.

I remember in one area I just couldn't figure out how to get past a corner without an alarm triggering somehow. Turns out there was a camera around a corner there which triggered only upon seeing a dead guard (whom I shot ASAP because he was standing next to an alarm panel), not seeing him run towards me with a raised gun. My solution was to trick him outside of the view of the camera (which you can't see from that corner) before killing him. This might have been the intentional way of handling that encounter, but it sure didn't feel good to figure out. Most encounters are a lot simpler, so this one felt like an accidental fluke.

For the last type of stealth, you're not allowed to be seen at all, nor can you take anyone out. This last type is thankfully rare, but it is no less harrowing to try and just walk past some rather tight configurations of sightlines with next to no tools available. Even savescumming my way past the first mission of that ilk took me a lot longer than I wanted it to. 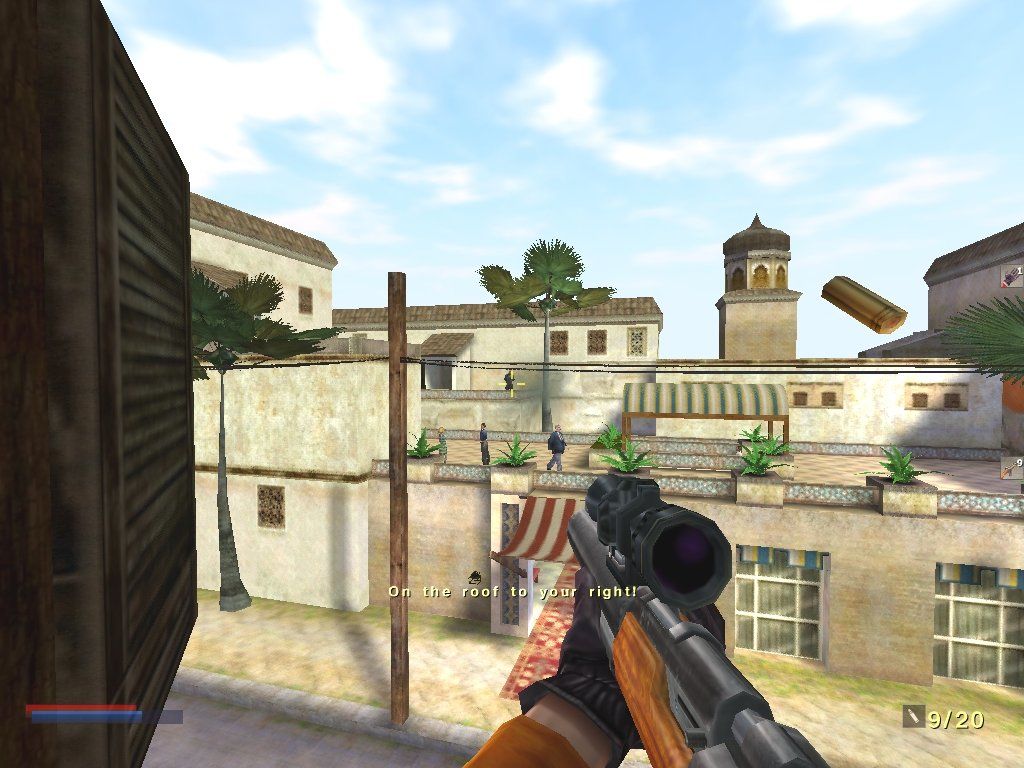 Couple that with some high lethality, somewhat unclear level design (the safecracking mission is just evil) and a pair of vehicle sections that force you off the vehicle constantly by putting goons in your way and you end up with a game that I can't in good conscience recommend on anything but the easiest difficulty setting. But if you're willing to deal with some decades-old jank, it's a lovely little gem to immerse yourself in.