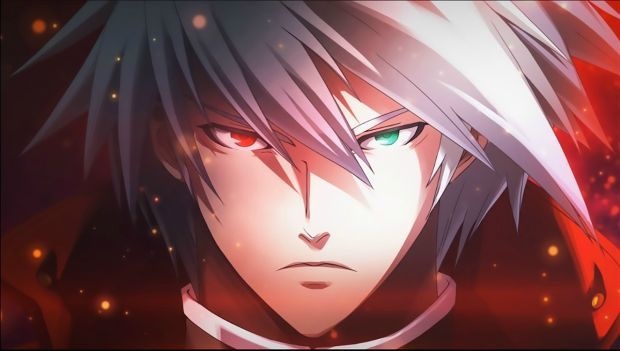 Putting yourself on the map

I've been orienteering a few times this spring. The control points are in the forest for one week, I can buy a copy of the map with the control points' locations and with that, I can go find them when I want (within that week), at my own pace. The next week the points are moved to a different place and the map is different as well. This left me thinking about directions, locations and maps in games.

I admit I haven't played many open world games, let alone recent ones, so I might be talking about something that has been reality for you for years now.

In the games I have played, mapping and placing yourself there has been mostly an automatic process. I see a minimap in the corner of the screen, properly oriented to show where the north is, which way I'm facing and a point where I am on the map. Even when my character is lost, I know where they are on the minimap. It's also pretty common to have an arrow pointing directly where I'm supposed to be going.

How many of us use compass orientations when telling where something somewhat nearby is? In real life, I mean.

One of the things I remember from the reviews of Arcanum: Of Steamworks and Magick Obscura (Troika Games/Sierra, 2001) was that the locations of buildings in there were given as street addresses. It wasn't "third house from the north end", but something like Steamvent Street 59 (very unlikely to be an address in that game). That this was made a point in a review was eye-opening. In many text adventures, your movement commands are compass directions, or just one-letter abbreviations of them. 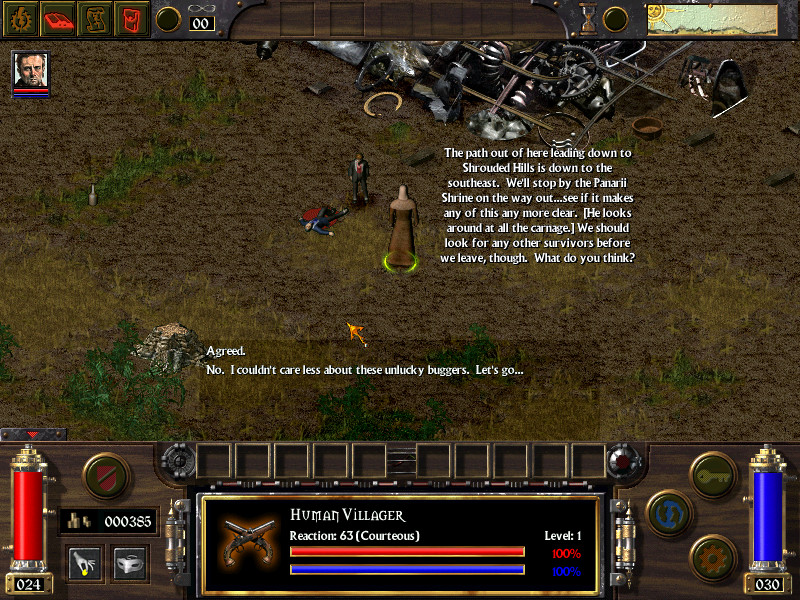 I didn't feel like playing all the way to a village, but looks like we got compass directions here as well. Well, this game looks like a flat plane anyway, so "down" doesn't really mean anything.

In a sense, when NPCs tell the player directions as compass orientations, they may be addressing the player rather than the player character. To be honest, though, I do not know how people gave directions to others in the Middle Ages.

Although... I remember the frustration when I had to find a specific tomb in an area of Vvardenfell in The Elder Scrolls 3: Morrowind (Bethesda/Ubisoft, 2002). (If you wonder why I mentioned Ubisoft there, they were the publisher in Europe.) The instructions I was given, if I remember correctly, used environmental cues like "over the hill". In none of the playthroughs of that game did I ever find that tomb easily. And when the goal is to find a needle in a Gaur plains -sized haystack... I think I can understand the benefit of having pins on the map telling where to go when you're in a bit of a hurry.

But if I'm not? Having the game refer to the world and have the player navigate by using the set pieces as route markers would, I believe, bring the world more to the forefront. These don't even need to be massive set pieces -- say, a boulder with carved runes.

This is not to say there haven't been interesting implementations of maps in games. Here's a few that I know of.

Miasmata (IonFX, 2012) sounded like an interesting concept, enough for me to look forward to buying it, but I never ended up truly playing it. The survival aspect put me off too much, and today I cannot see the text in the menu options. But that game had the player actually triangulate landmarks to update their maps. Plus as something more "realistic", if the player is running down a pile of rocks, they may stumble and fall, and drop what they were carrying. Of course, if you're running down a pile of rocks, you're likely already running for your life and cannot stay back to collect what you just dropped. (Eurogamer review.) 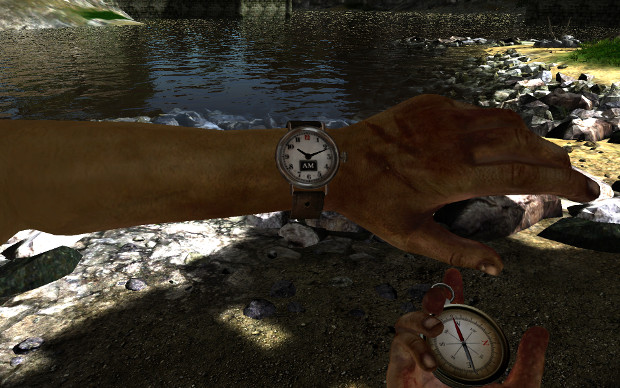 Miasmata, very soon after the start of the game. You really, really don't want to be lost in the forest when the sun has set.

You thought I wouldn't mention Etrian Odyssey series (Atlus/NIS America/Deep Silver, 2006-2018), did you? Well, you draw your map in it, but I believe you still see where you are on the map, even when you're outside it? I'm not sure if FOEs always move on predetermined routes, but I'm imagining getting lost, running my team into a dead end and then FOE blocking the only exit.

I'm not a fan of prefilled quest markers. The Legend of Zelda: Breath of the Wild (Nintendo, 2017) allowed me to mark goals on the world map (and in the world), but did that still make it too easy to find the way to those shrines and whatnot, when I began moving in the marks' direction?

In terms of games I haven't played -- Control (Remedy/505 Games, 2019) was called out for having a bad map. But... that may have been intentional. In an interview in Helsingin Sanomat (27.8.2019), the director of the game, Mikael Kasurinen, says (as translated by me):

Getting lost can be fun. In earlier games our goal has been that the player has to always know what's happening, where they're going and why. In one sense this is a good approach, but it reduces the suspense from the experience.

I think it's fun to go on a walk in a new town: I go where I want to, I may get lost and that's OK. And this way I may find the most interesting things of them all.

The article also states that the player also has to read signs, check the map and find the right route themselves. The article's author even suggests that the director might want the player to get lost in the Oldest Building.

I don't like shooters, so I don't think I'll be playing this game. But I can see Kasurinen's point. Going back to Morrowind, I remember checking the road signs when I was walking from Balmora to Caldera. Later, I installed a mod that added roadsigns with custom textures for each sign in the game, so the player didn't need to use the "tooltip" to see what the sign said. In this sense, having the path signposted isn't a bad thing. While I don't believe games like Control with a third-person camera are particulaly immersive, pulling out a map on top of the screen doesn't help, and I'd rather read the signs present in the building than a map that unerringly tells me where I am, wherever I am.

In orienteering, choosing which path to take is important. Whether to go through the bog, follow the easy-to-traverse path, go around the hill rather than over it -- in a similar fashion, it's important to choose a path that doesn't cross the Territorial Rotbart, even if the shortest path to the minimap icon would take you right in front of them. 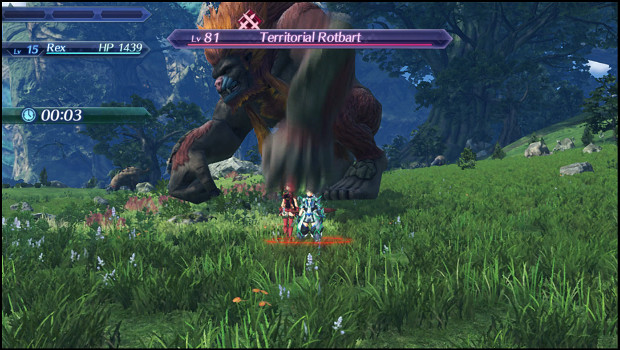 Of course, then you have games like Dead Space (EA Redwood Shores/EA, 2008), where you're shown the full route where to go next. To be fair, I've seen the easy courses in orienteering that have a clear line going from control point to another, like Ariadne's red thread Theseus used in the maze to find his way back. Those just aren't the courses I'd take.

Finally... which games do you know where you can actually get truly lost? Zork: Grand Inquisitor (Activision, 1997) and its infinite corridor doesn't count.

EDIT: Added the Territorial Rotbart image + caption, added missing "rather" to the last sentence about Control.